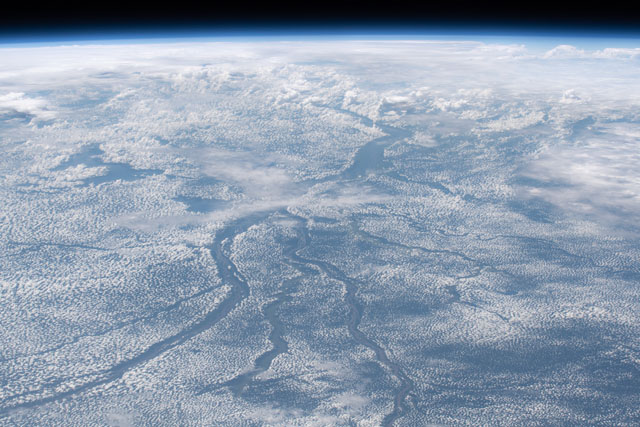 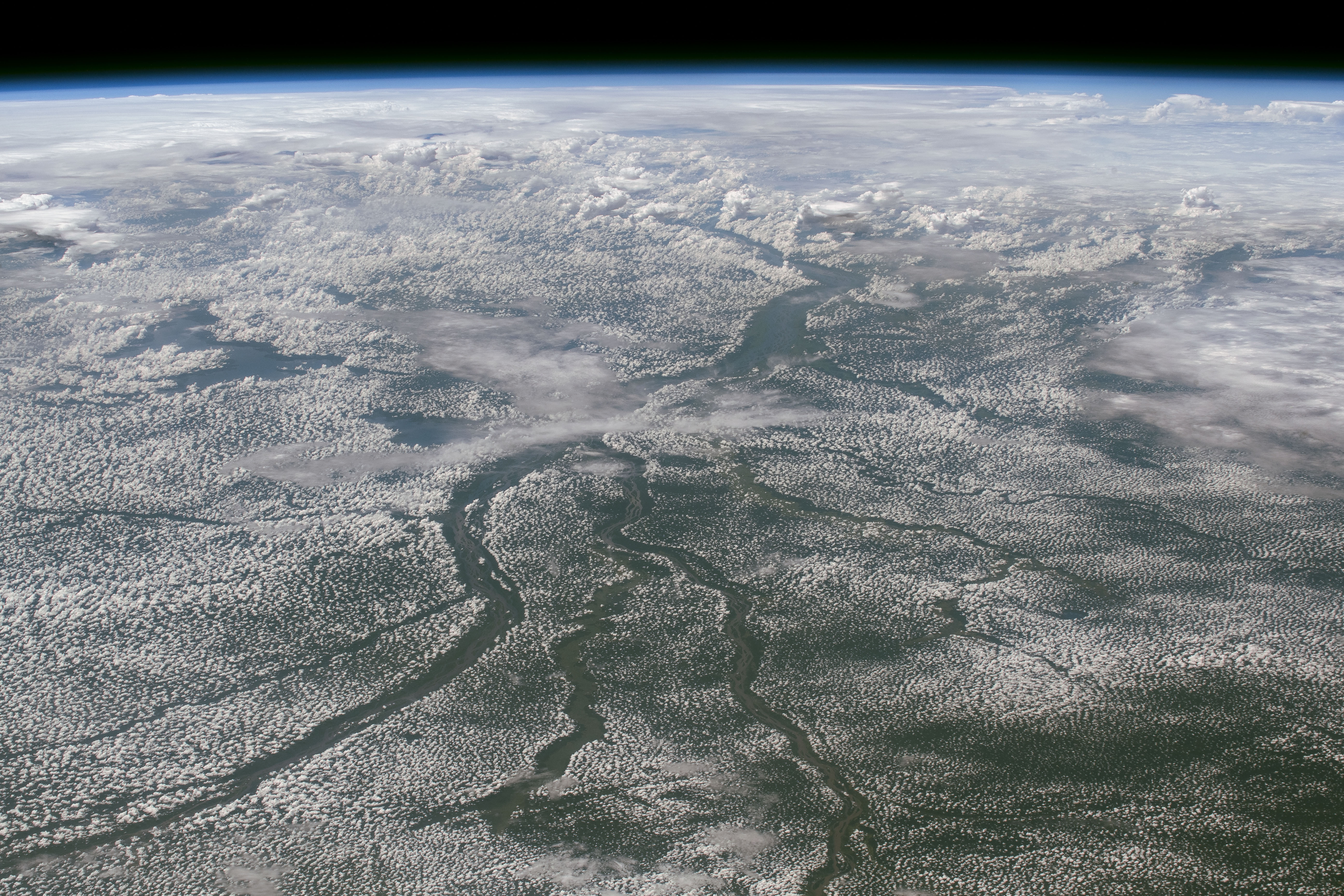 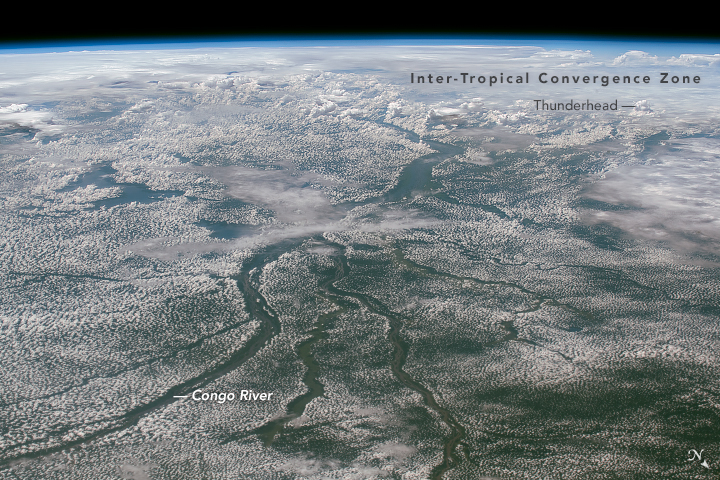 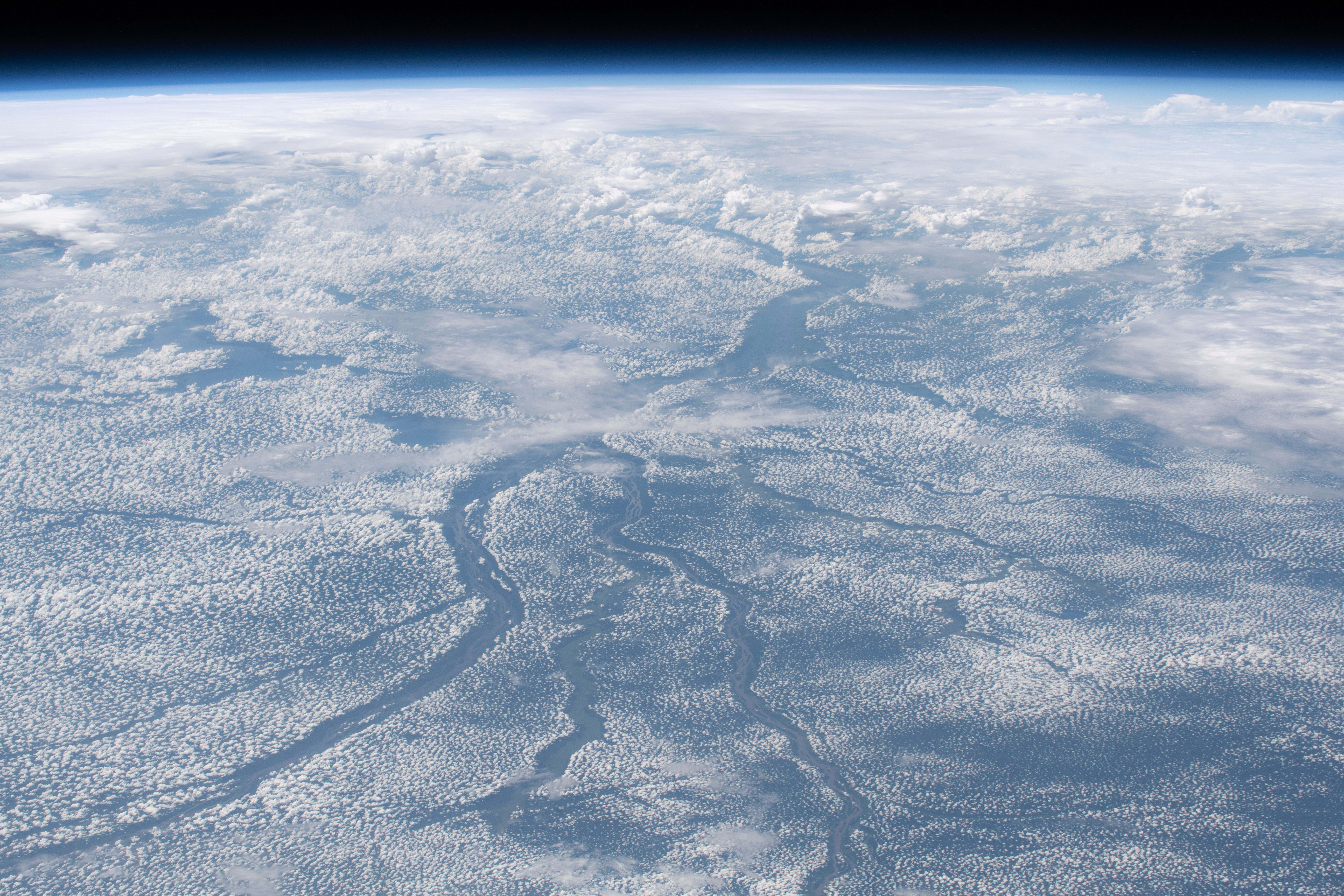 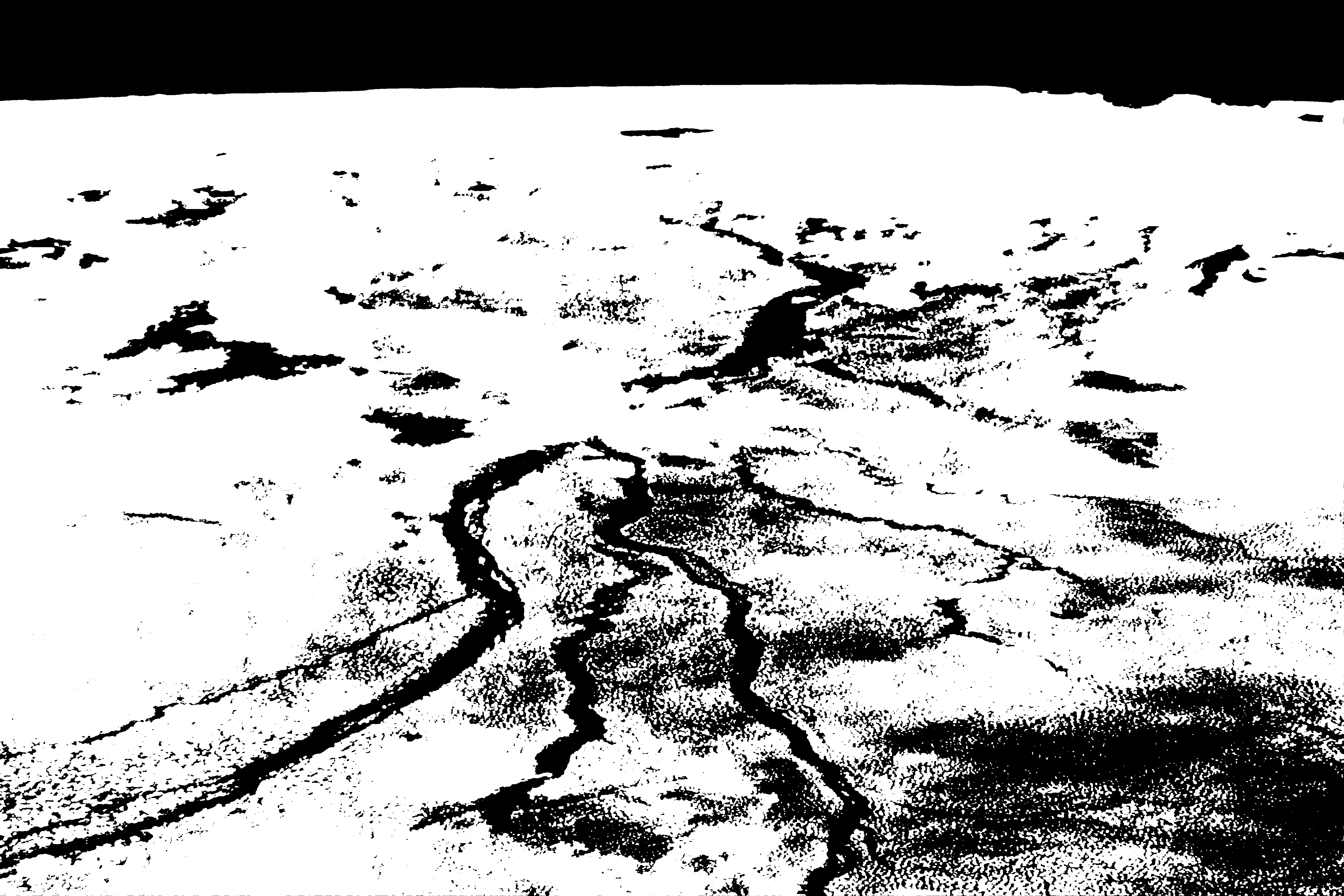 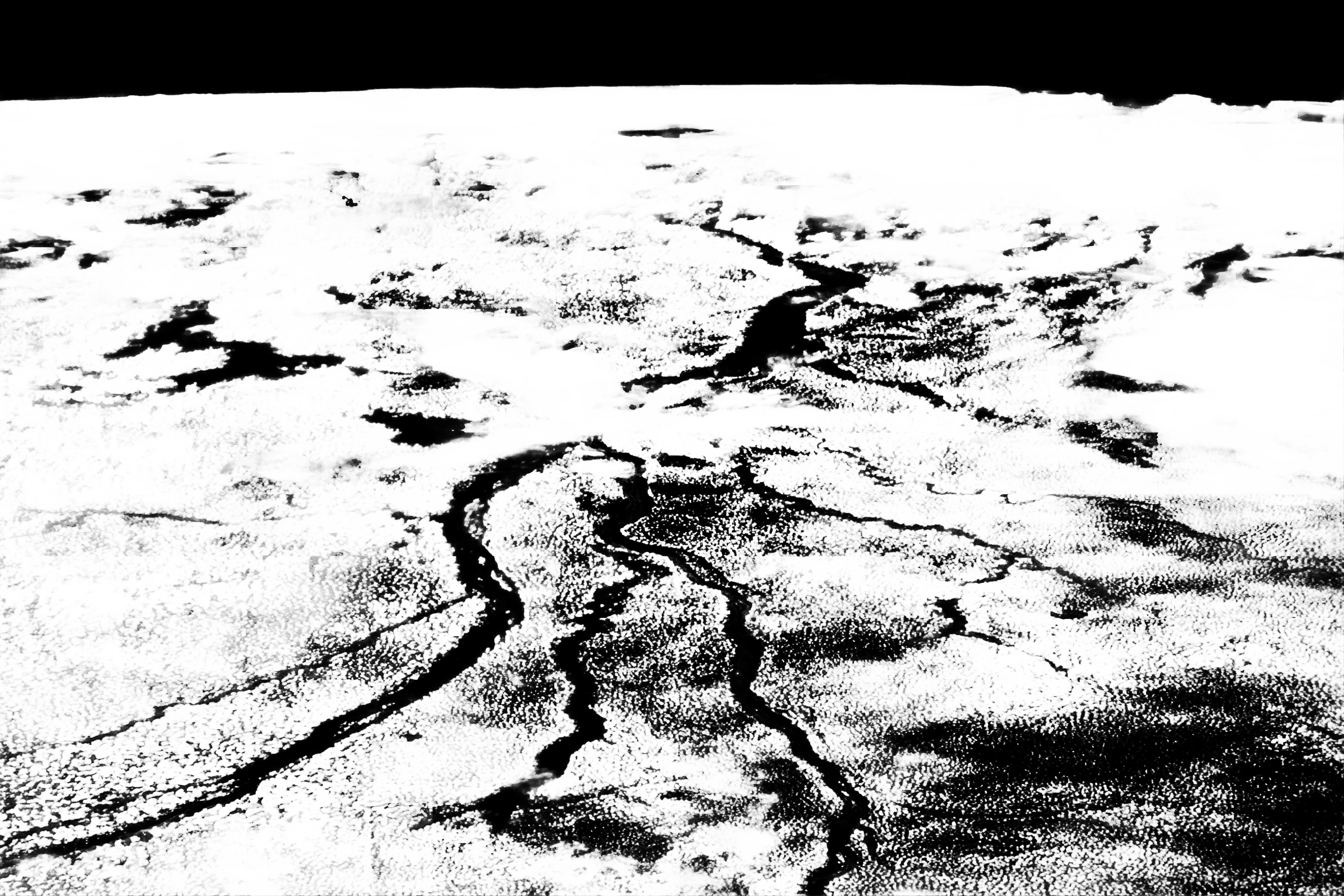 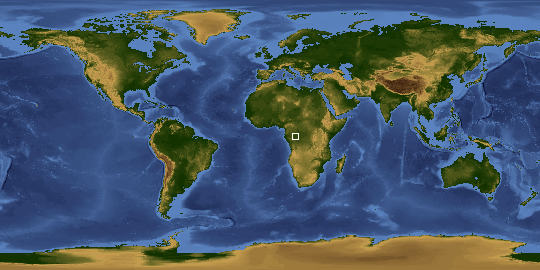 An astronaut onboard the International Space Station captured this oblique photograph while looking southwest across the Congo River Basin. Located along the equator, the area is one of the cloudiest places on Earth. Low-altitude cumulus clouds, sometimes called popcorn clouds, trace the landscape over dense rainforests in this shot.

Note, however, that the skies above the Congo River and its many tributaries are noticeably free of clouds. The river can be up to 5 kilometers (3 miles) wide in many places - enough to deter cloud formation. Warm, humid air rises from the forest and cools as it rises, resulting in the development of clouds. But the river waters - and the air above them - are cooler, so there is less moisture rising into the air. Similar cloud patterns are common in the Amazon Rainforest.

Toward the horizon, larger storm clouds are forming along the Inter-Tropical Convergence Zone. The ITCZ is a broad region of low atmospheric pressure that encircles the Earth near the equator. The ITCZ and its thunderstorms follow the seasonal position of the Sun, such that large storms appear south of the equator during Southern Hemisphere summer (when this image was taken).