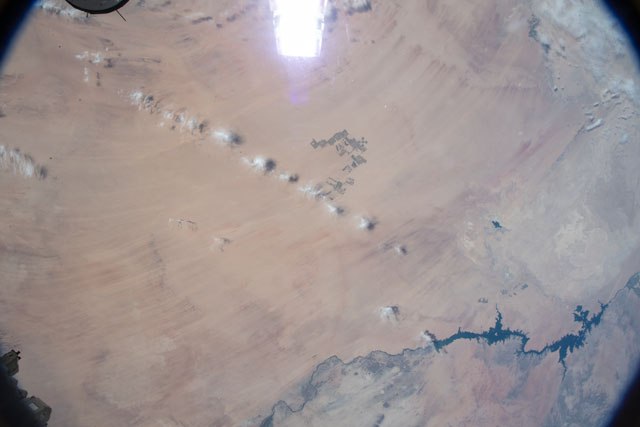 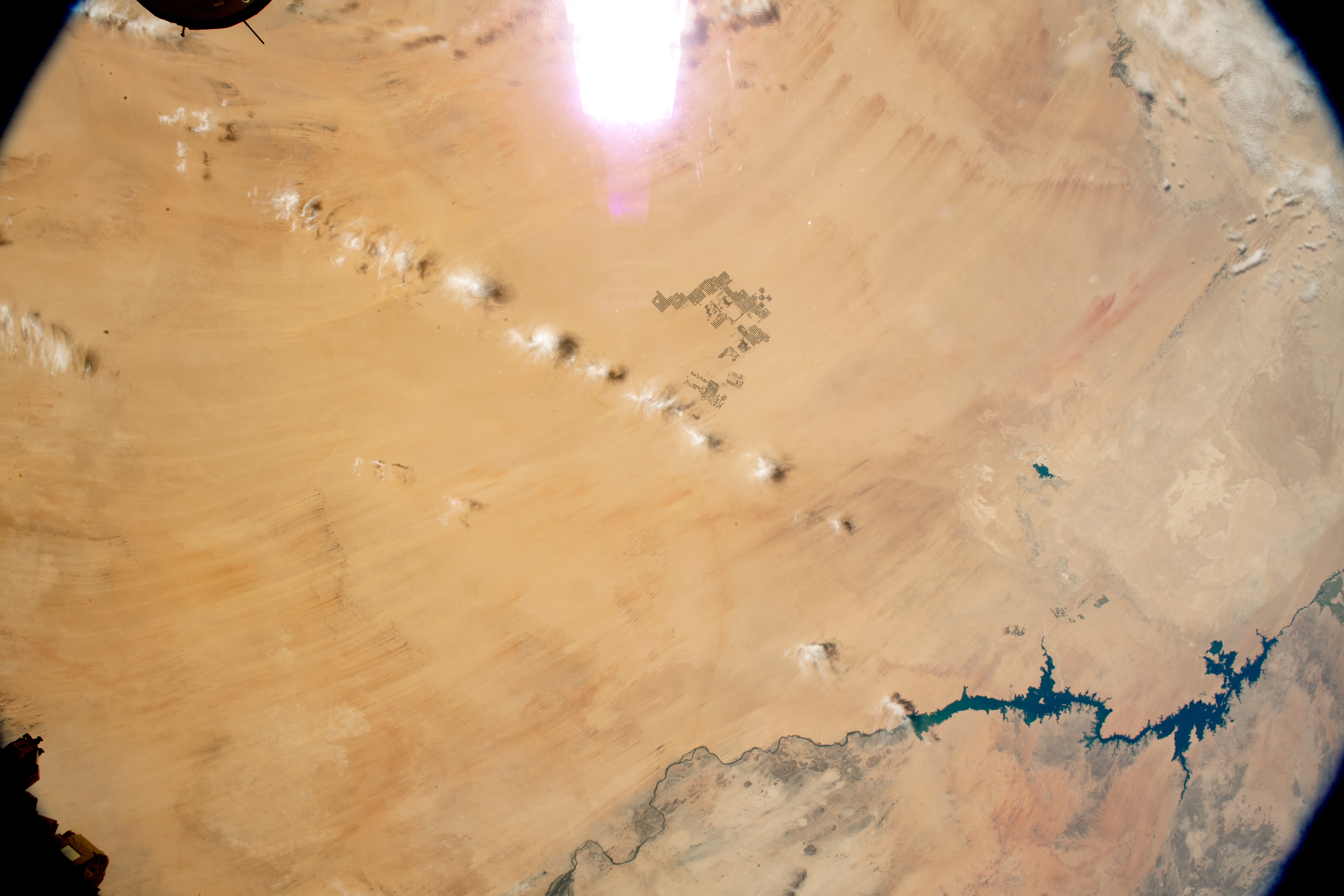 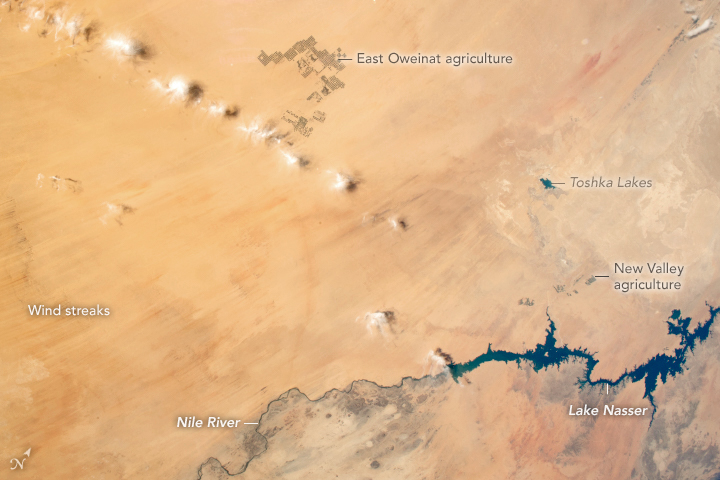 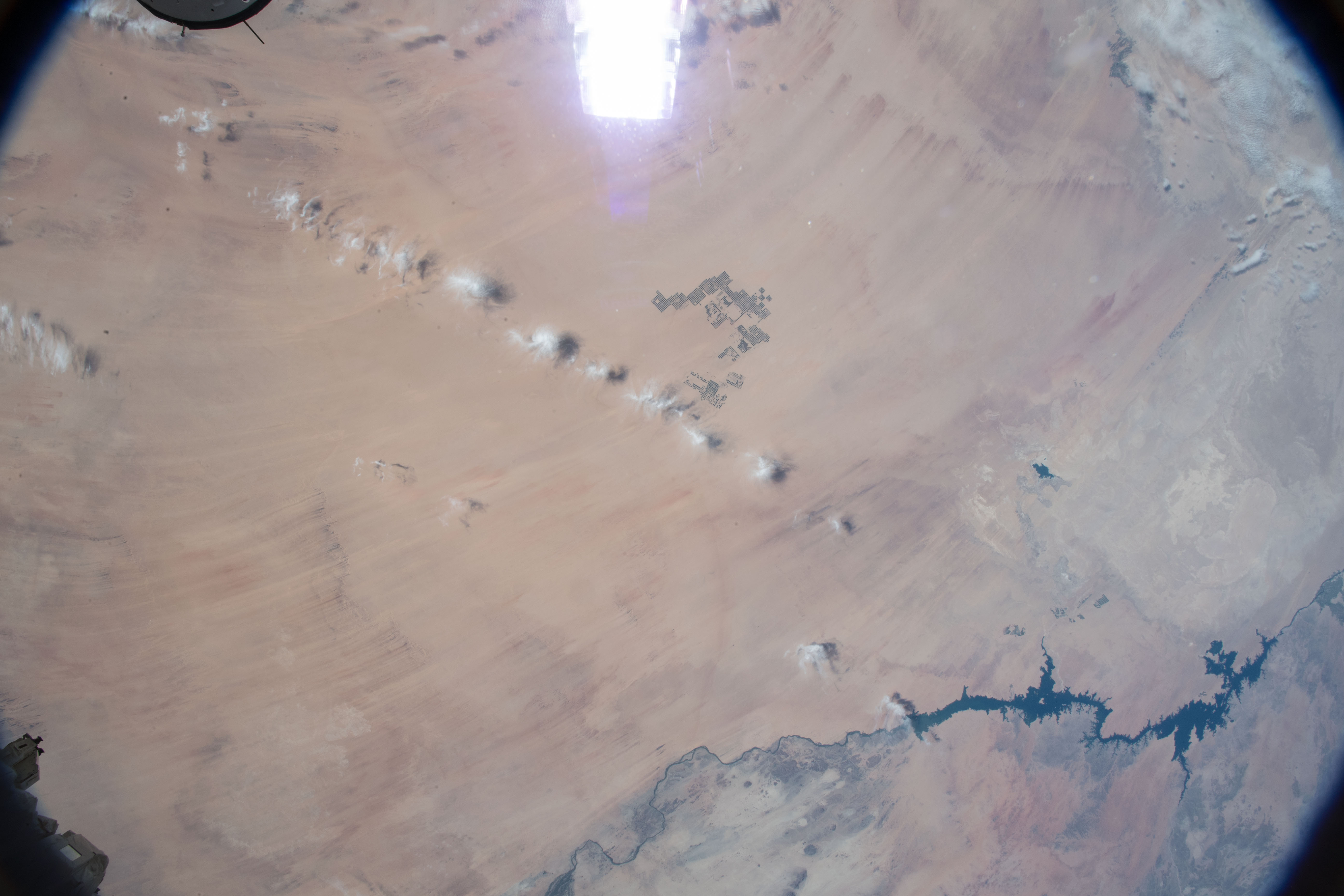 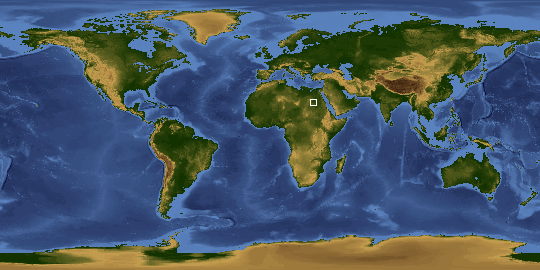 An astronaut aboard the International Space Station shot this photograph of the vast expanse of Egypt's Western Desert, just west of the Nile River. This oblique view shows almost the entire southern half of Egypt, with a swath of parallel wind streaks marking the arid landscape. A line of small clouds casts shadows on the desert below.

Two darker patches in the photo stand out against the light desert sand. These are large agricultural projects at East Oweinat and Toshka New Valley, near Lake Nasser. Approximately one-third of the Egyptian labor force works in farming, with most agricultural production concentrated along the Nile Valley. The pioneering agricultural projects shown above were planned to encourage people to leave the very heavily populated Nile Delta and to seek economic opportunities in the desert.

The New Valley farming project draws its water from the Toshka Lakes. Development began in the late 1990s. By the early 2000s, water levels dropped and the area of the lakes had shrunk (as did neighboring Lake Nasser) due to lower water inputs for a number of years. The lakes are barely discernable in this image.

Fresh water for East Oweinat is pumped from underground aquifers, and it is a non-renewable resource. The fossil water underground accumulated between 20,000 and 5,000 years ago when the Sahara was much wetter.