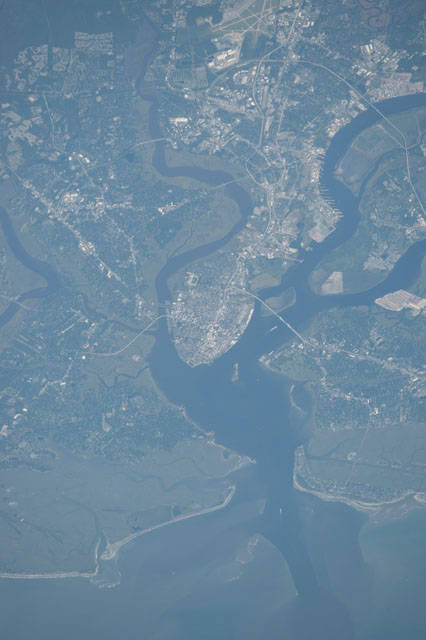 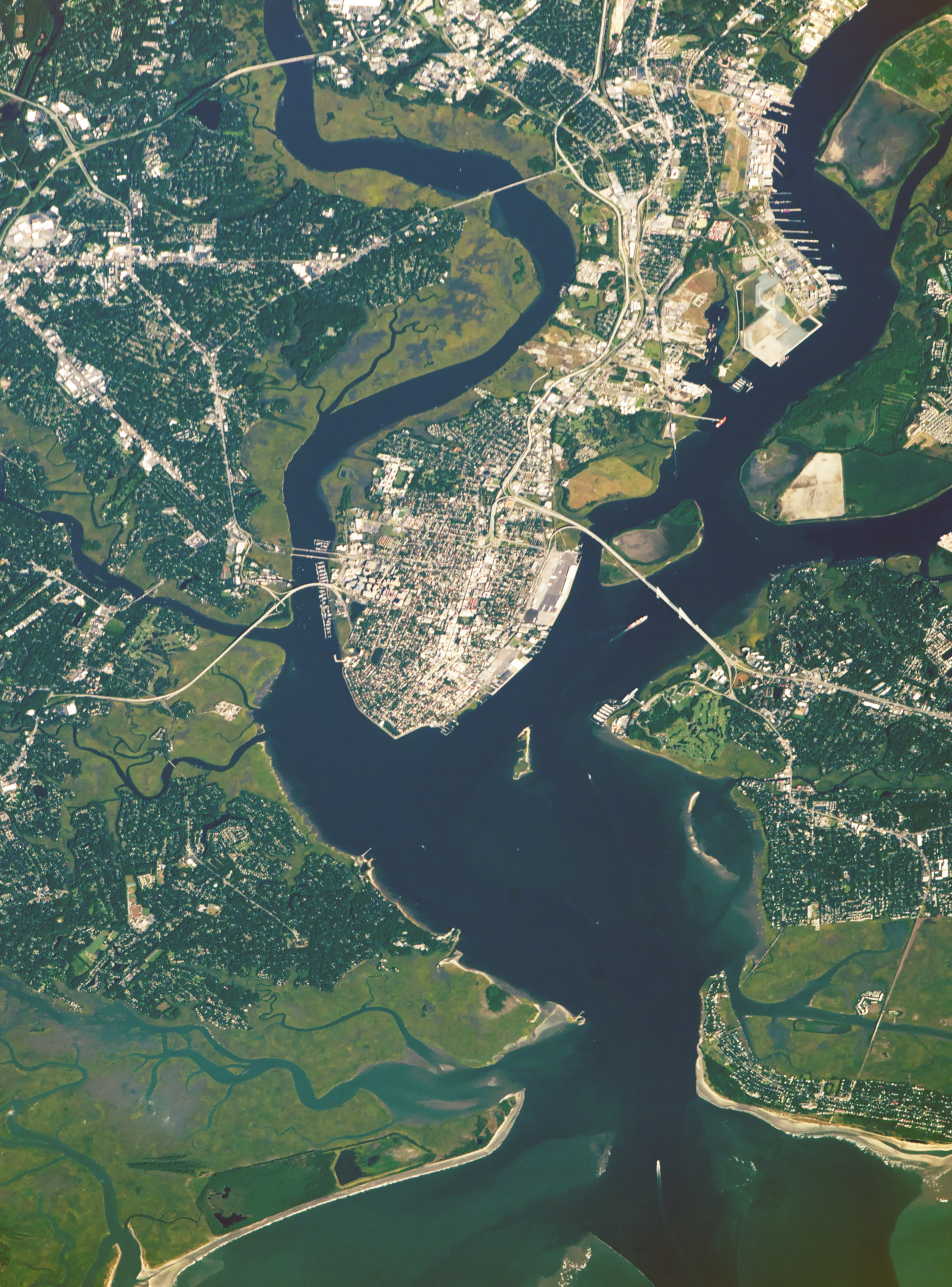 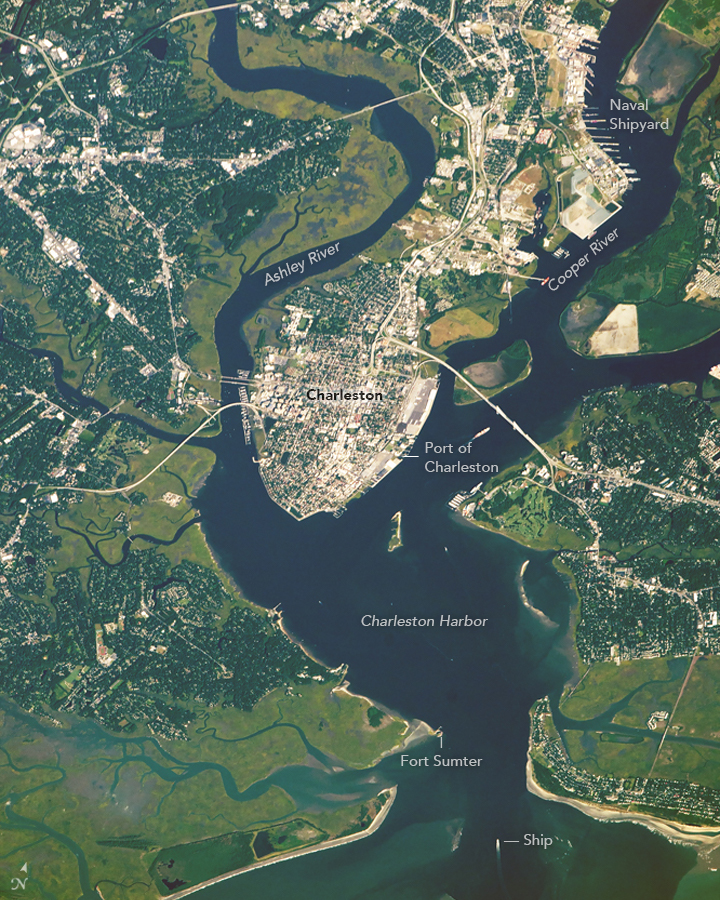 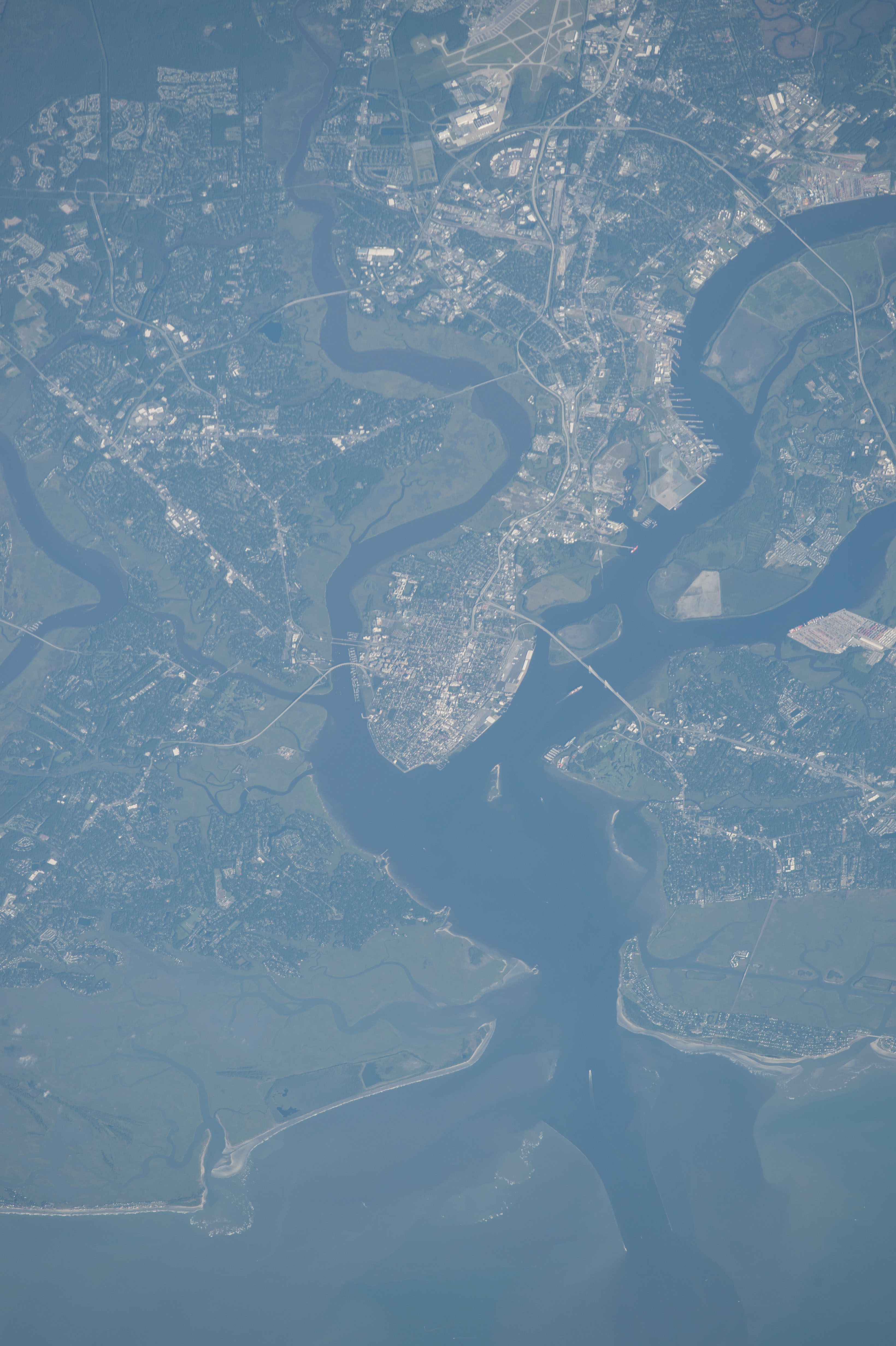 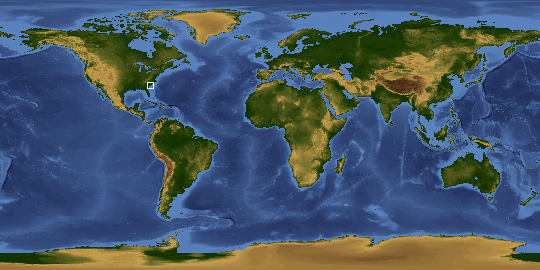 The city of Charleston, South Carolina, which is surrounded by meandering rivers and a marshy landscape,caught the eye of an astronaut flying aboard the International Space Station. The region has been a focal point for American history and for shipping.

Charleston Harbor is part of the U.S. Intracoastal Waterway and will soon include one of the deepest channels on the East Coast. Federal funding was recently allocated to dredge the channels to 52 feet (16 meters) to allow larger, heavier, previously restricted ships to pass through. Some of those ships will likely continue on up the Cooper and Ashley Rivers, dock along the coast, or make their way to the Port of Charleston.

Much of the East Coast is a topographically low and flat region known as the Atlantic Coastal Plain, and South Carolina is a prime example. The plain was formed by the deposition of sediments from the eroding Appalachian Mountains and the Piedmont Plateau to the west. Over a period of approximately 100 million years, rivers carried sediment to the coast and, through several changes in sea level and climate, formed landmasses that include numerous small islands, estuaries, and marshy lagoons.

Charleston is full of early American history. The city was established in 1670 by English settlers as a colonial seaport. Following the Declaration of Independence in 1776, Charleston served as the capitol of South Carolina until 1786 (when the capitol moved to Columbia). Fort Sumter became a major focal point in 1861 when it was seized by Confederates in one of the first battles of the American Civil War. Today, Fort Sumter is visited by thousands of tourists a year.

In 1901, the Charleston Naval Shipyard was authorized for U.S. Navy ship assembly and repair, with the first construction of vessels beginning in 1910. The naval base brought an influx of jobs and a major community identity to North Charleston. In 1996, the base closed for good, and parts of the base have since been converted to various government, private, and community uses.