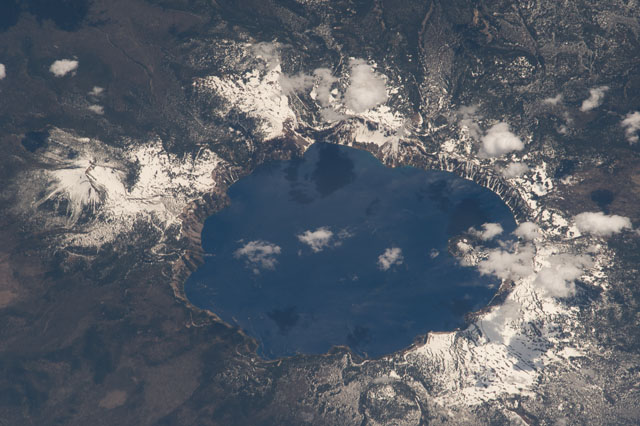 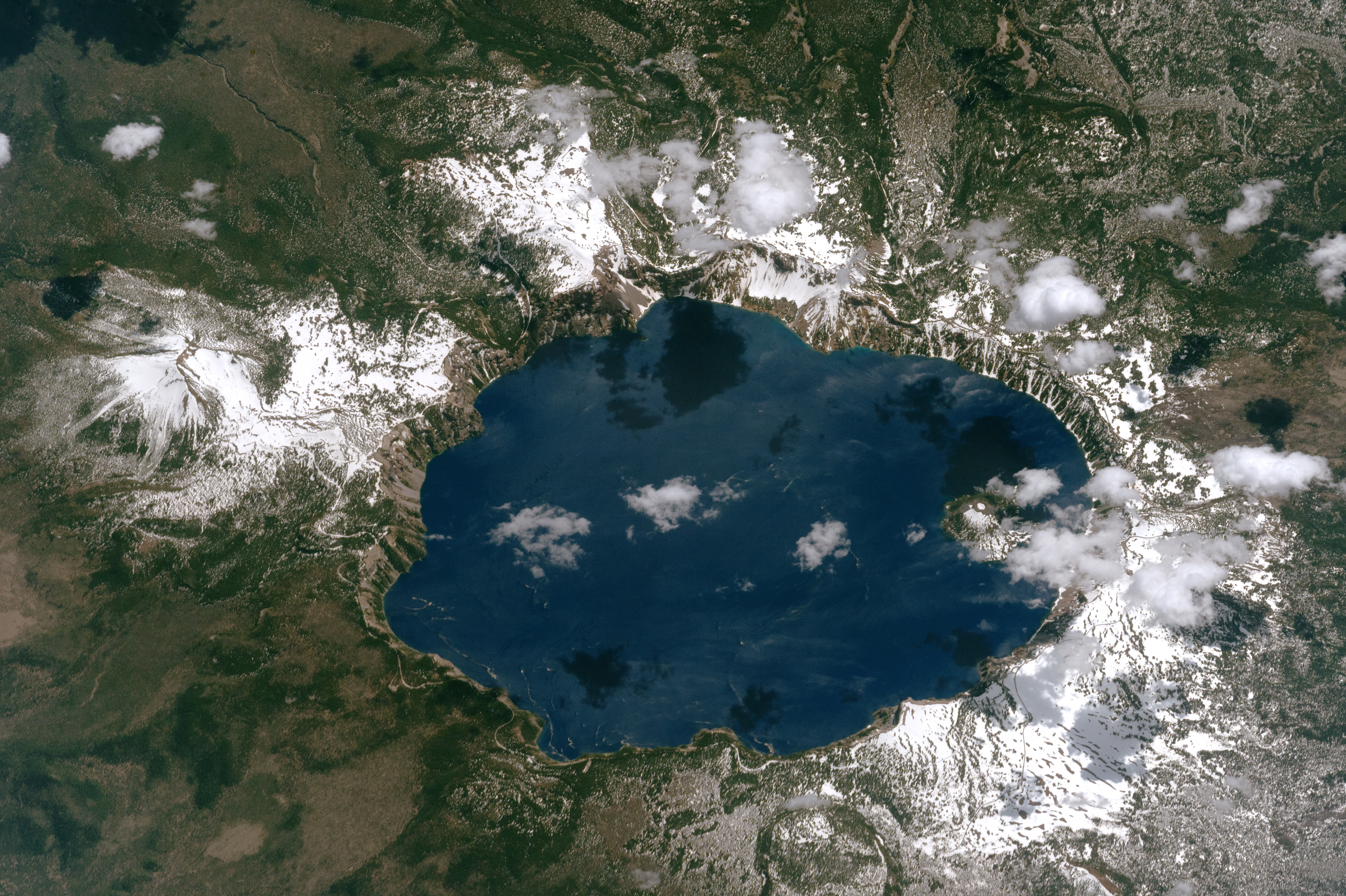 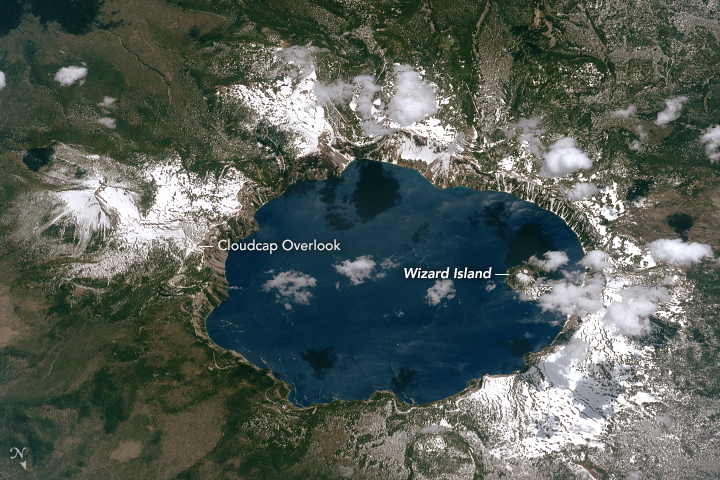 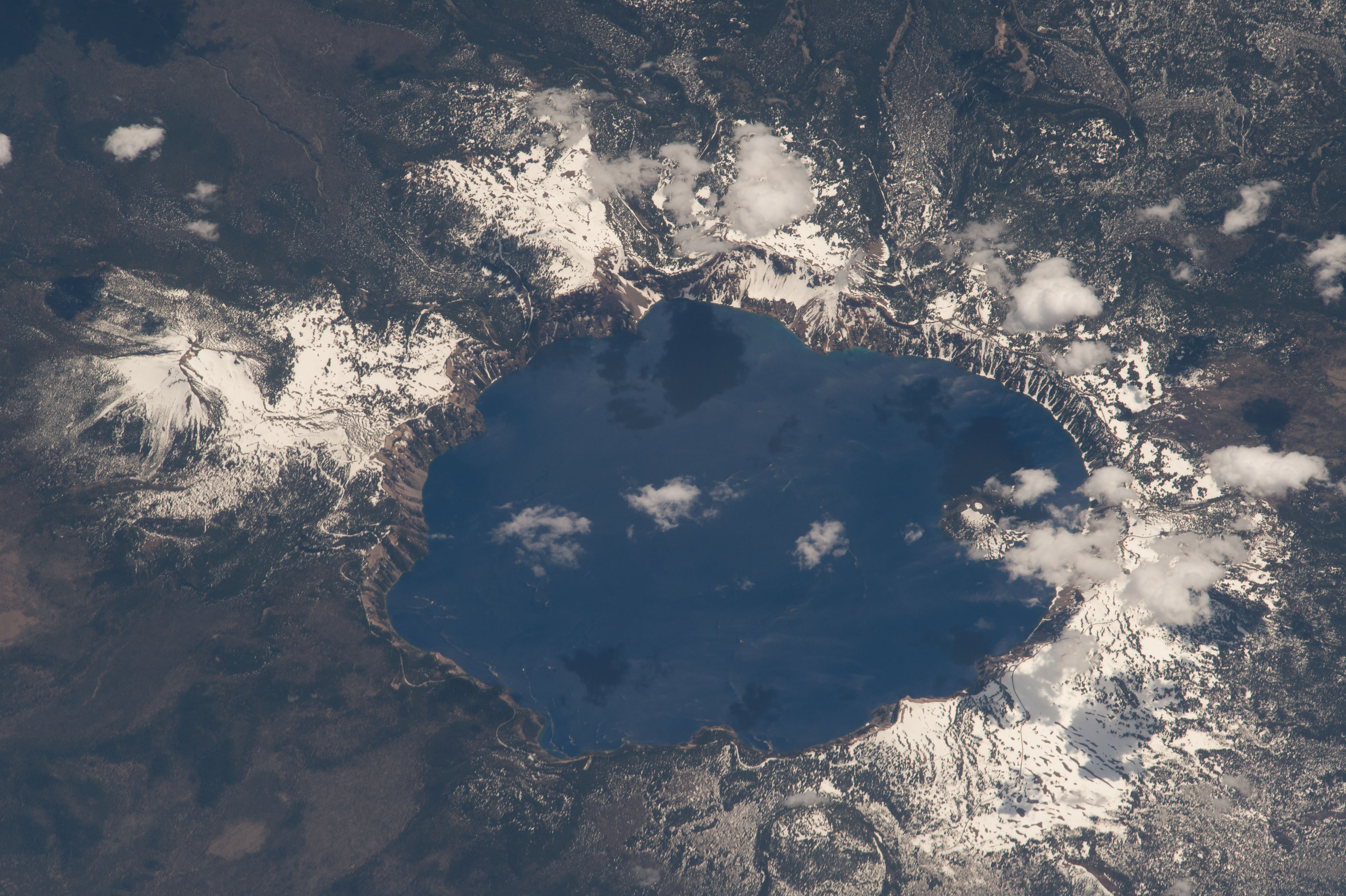 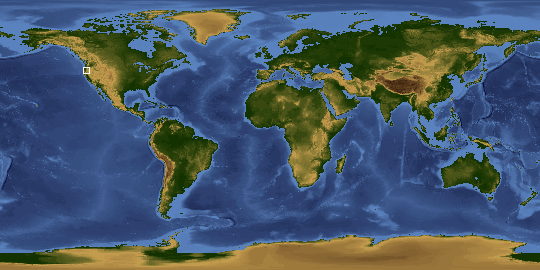 An astronaut aboard the International Space Station shot this photograph of Crater Lake, in the Cascade Mountains of southwest Oregon. Snow still blankets most of the slopes surrounding the crater in late June, and clouds cast dark shadows on the lake surface. Wizard Island, a cinder cone volcano, is almost hidden by the clouds over the western part of the lake. (Note that north is to the bottom of the photo.)

Crater Lake is the surface expression of a caldera that formed when Mount Mazama - a composite volcano whose peak once towered 3,600 meters (12,000 feet) above sea level - exploded and collapsed in a catastrophic eruption approximately 6,000 to 8,000 years ago. The lake now stands 1,883 meters (6,178 feet) above sea level.

Fed by rain and snow, and with no rivers flowing in or out, Crater Lake is the deepest in the United States and ninth deepest in the world. The depth of the lake (592 meters or 1,943 feet) was first calculated by geologist Clarence Dutton and his team using 168 measurements made with piano wire and lead weights. He was assisted by William Steel, who later campaigned to establish Crater Lake as a national park in the late 1800s. The original measurement of depth was only 53 feet off from modern sonar measurements.

In 1902, Crater Lake and the surrounding 740 square kilometers (280 square miles) were established as Crater Lake National Park. In 2016, more than 750,000 people visited the park. Part of the reason the lake has so many visitors is the fishing. In the late 1800s, Steel and colleagues introduced six species into the lake, though there are only rainbow trout and Kokanee salmon (the landlocked version of sockeye salmon) remaining today. Since none of them were native to the lake, fishermen are not required to obtain a permit.