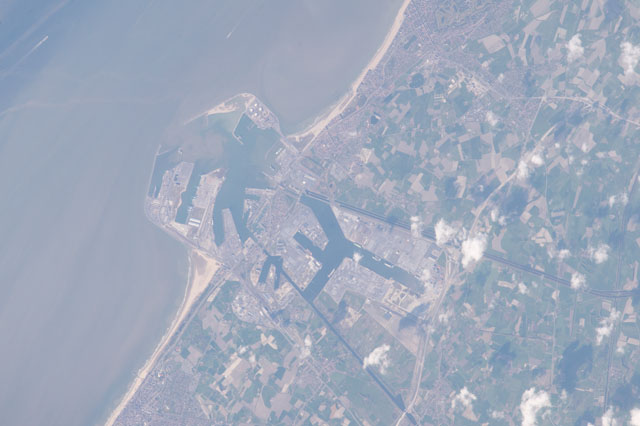 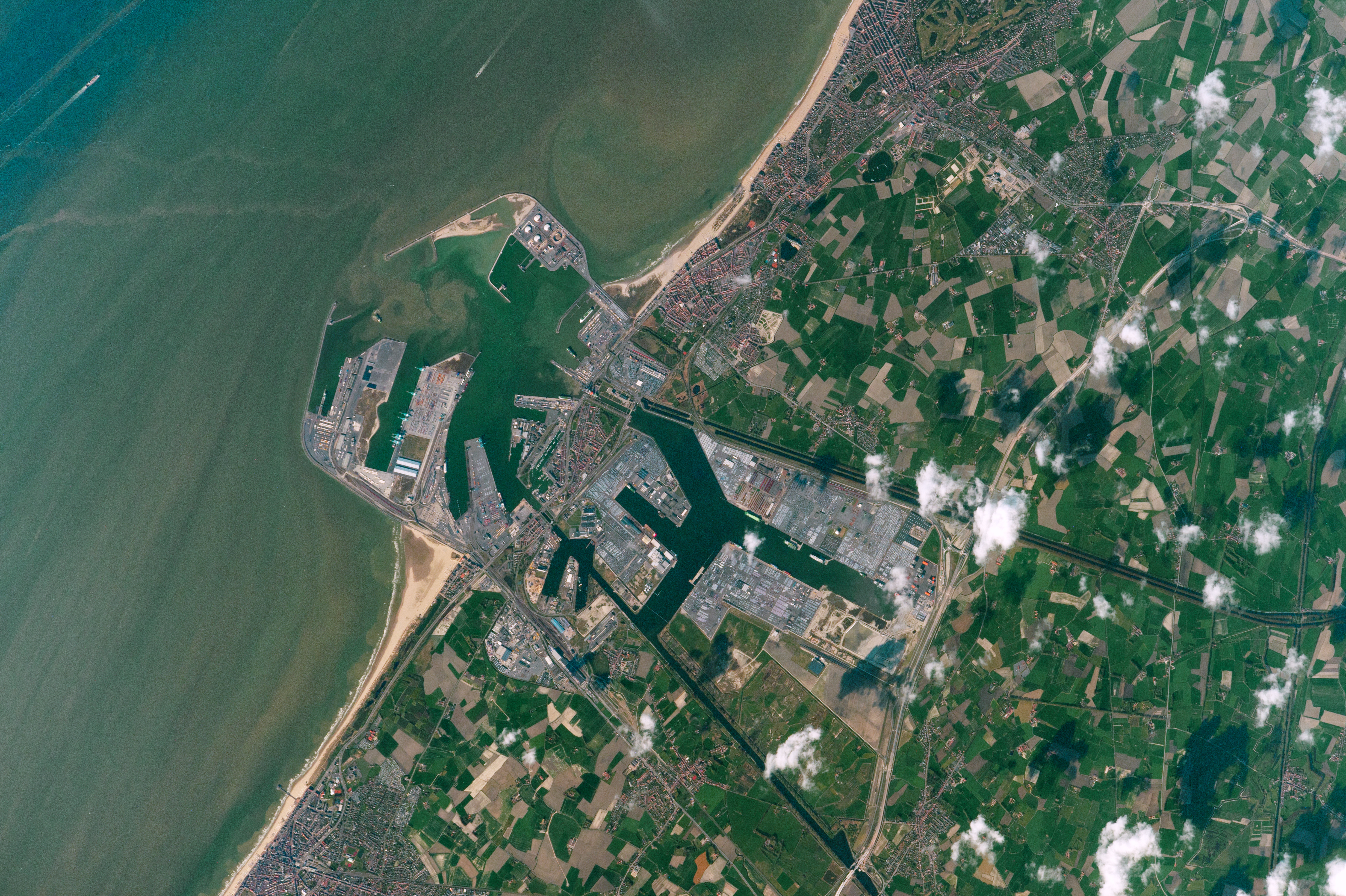 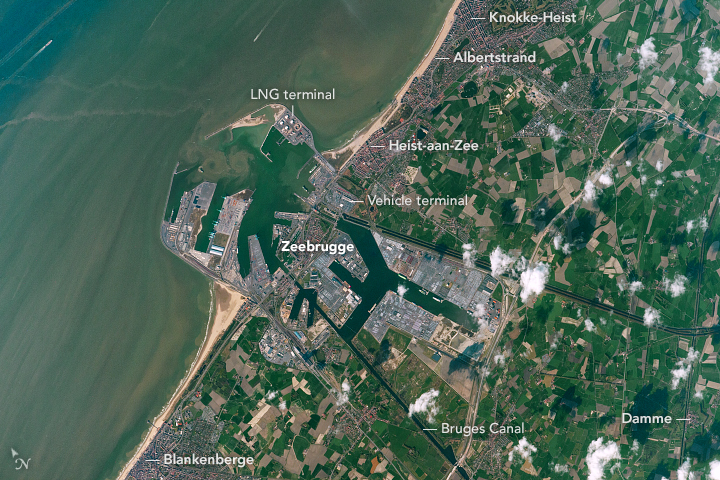 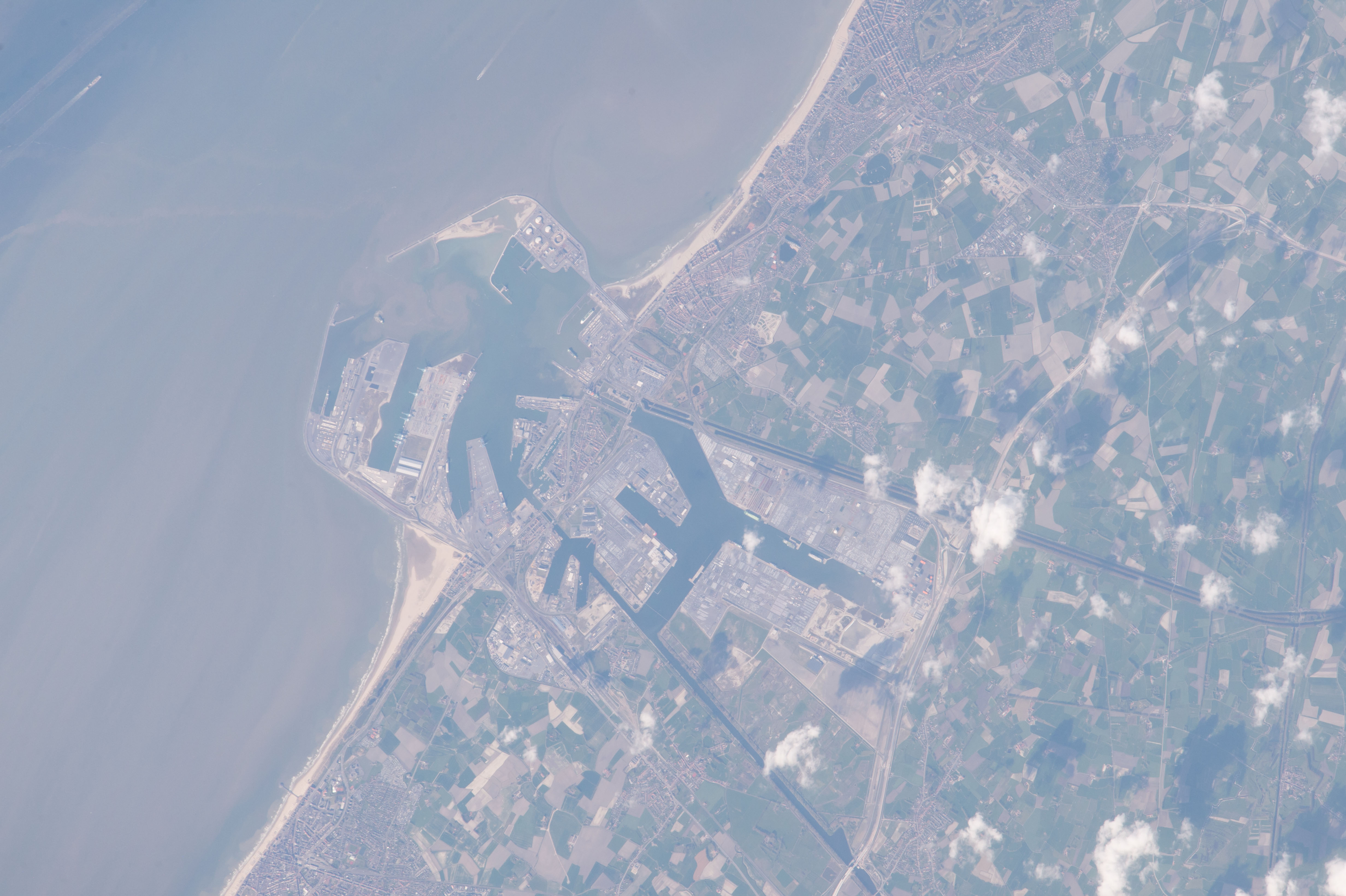 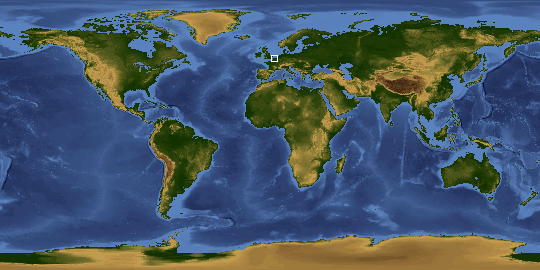 Looking down on the narrow seas between Europe and England, an astronaut took this photograph of the small town of Zeebrugge, one of Europe's most important modern ports. This Belgian town has just 4,000 inhabitants, but it takes 11,000 people to operate the port, so workers stream in from neighboring coastal towns such as Knokke-Heist, Heist-aan-Zee, and Blankenberge.

Zeebrugge is a town of superlatives. It is the world's largest port for the import and export of new vehicles, with more than 1.6 million handled in 2010. Zeebrugge is also the site of Europe's largest liquid natural gas (LNG) terminal, receiving the gas via an undersea pipeline from the North Sea.

The port at Zeebrugge accommodates "ultra-large" container ships, so it is one of the most important European hubs for containerized cargo. The most important function of the port is intense "RoRo traffic" (roll-on roll-off) between cities on the Continent, Great Britain, Scandinavia, and Southern Europe. The port handles more than 2.5 million standard containers (TEUs) and 50 million tonnes of cargo each year.

Being close to the United Kingdom, the coastal town also functions as a passenger ferry terminal. It attracts tourists to its cruise ships as well as its beaches, which are well developed north of the harbor in Albertstrand. Zeebrugge is also Belgium's most important fishing port, and its wholesale fish market is one of the largest in Europe.

Hundreds of years ago, an arm of the sea extended well inland as far as the village of Damme, which acted as a port for centuries. When this inlet silted up, Zeebrugge became the port for the famous historical inland city of Bruges (just outside the lower right of the photo) with which it is still connected by a straight canal. Zeebrugge means Bruges by the sea.