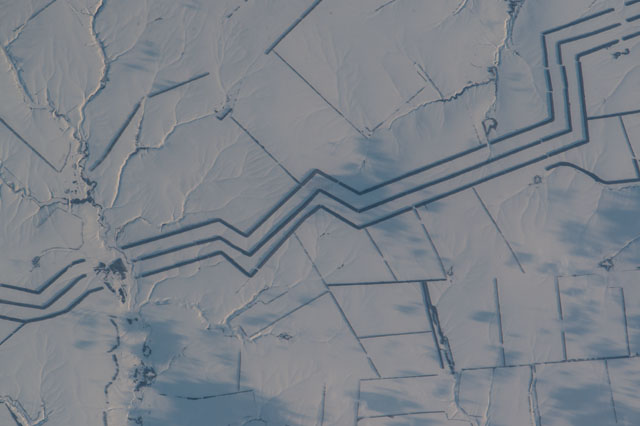 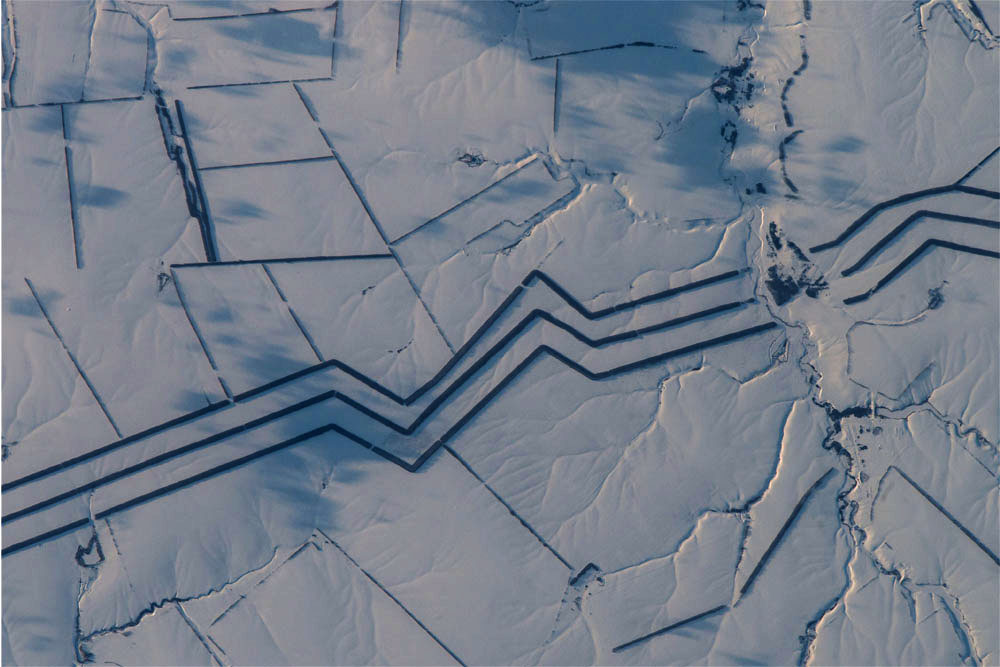 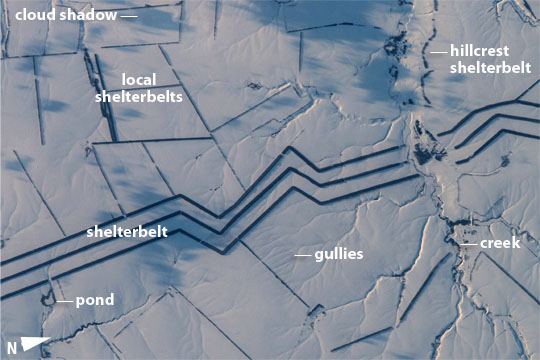 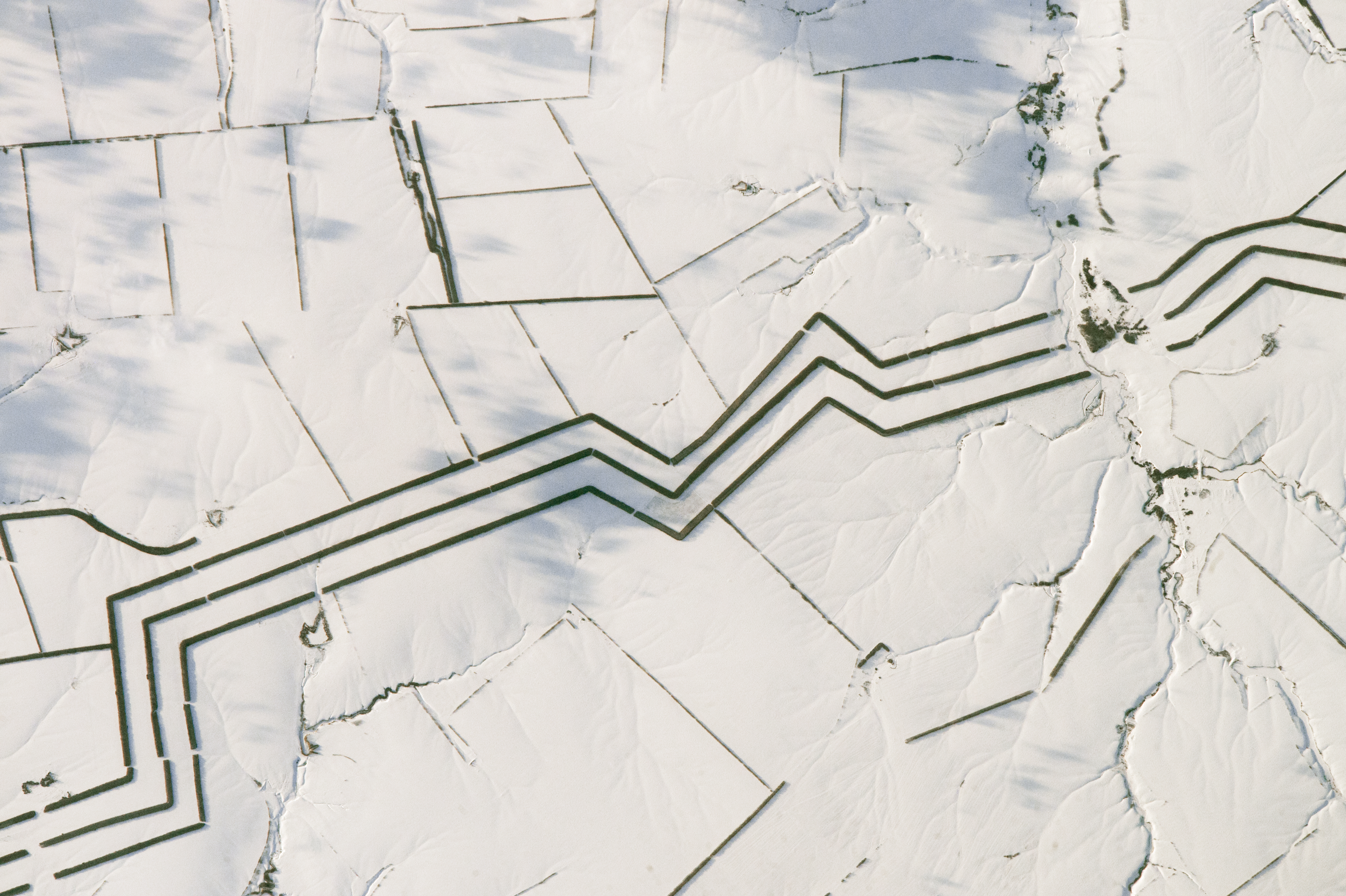 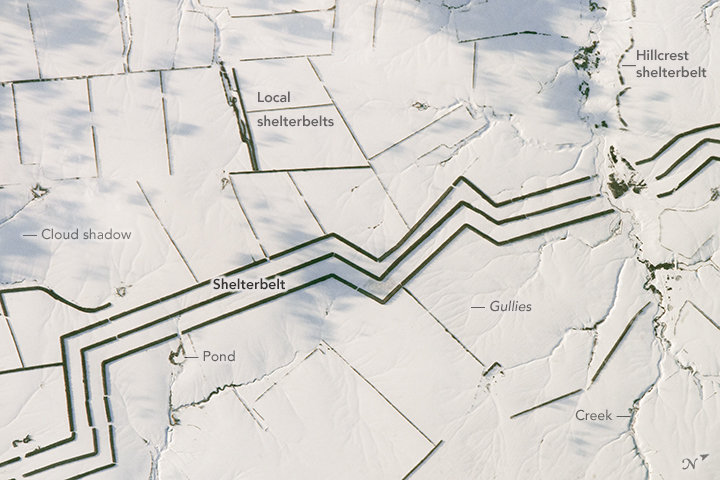 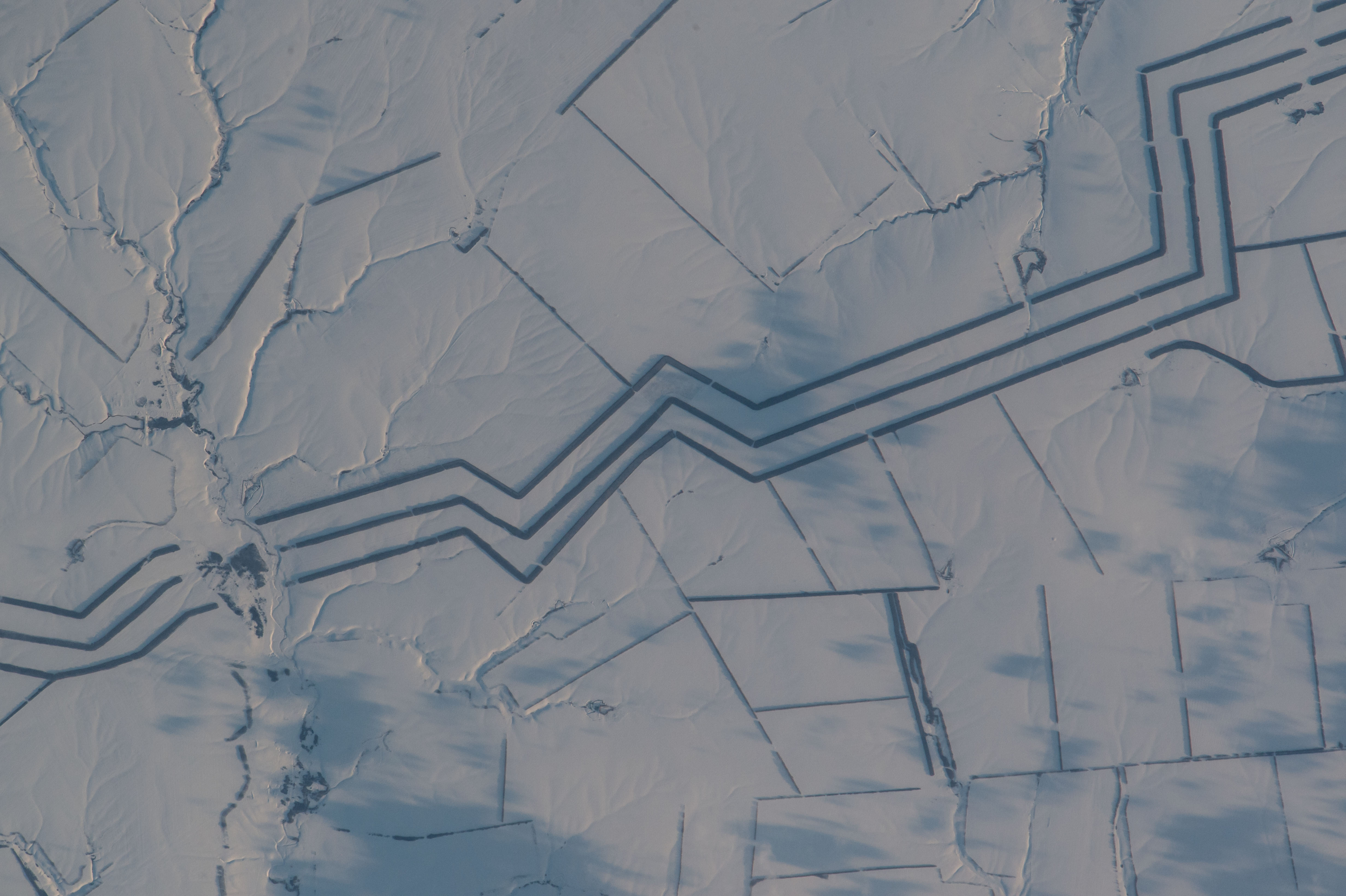 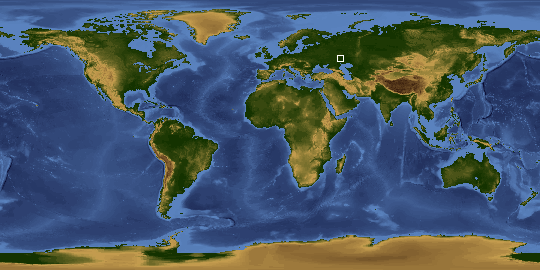 The dark, angular lines crossing this snowy landscape attracted the attention of an astronaut looking down from the International Space Station. This photograph shows the parallel lines of a major shelterbelt - also known as a windbreak-crossing the steppes of southern Russia near the Volga River (Volgograd Oblast). The image shows a 14-kilometer section of an extensive system of shelterbelts planted to protect crops and reduce the erosion of steppe soils by wind. The shelterbelt is broken where it meets a local stream.

Each of the north-south trending lines is a dense mass of trees about 60 meters (75 yards) wide. The trees throw shadows to the east in this late afternoon view (north is to the right). Together the three lines span about 800 meters (900 yards), and there is enough space between the rows of trees for narrow fields to be tilled.

Shelterbelt construction began when open steppe landscapes were first settled by Russian farmers in the early 1700s. At present, more than 2 million hectares (5 million acres) of the steppes have been planted. The soils within the main shelterbelts in this region have been shown to be significantly improved, becoming richer in organic carbon than virgin soils that have never been plowed.

The photograph also shows narrower lines of trees along farm boundaries; these protect individual fields from winds and associated gully erosion. The trees also protect water bodies from evaporation by the steady winds, and they prevent ponds and streams from filling with blown sand and silt. Lines of trees at the crest of the creek bank protect the creek valley (top right).