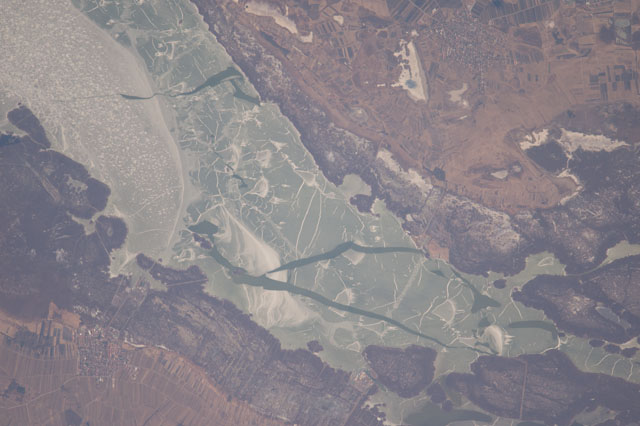 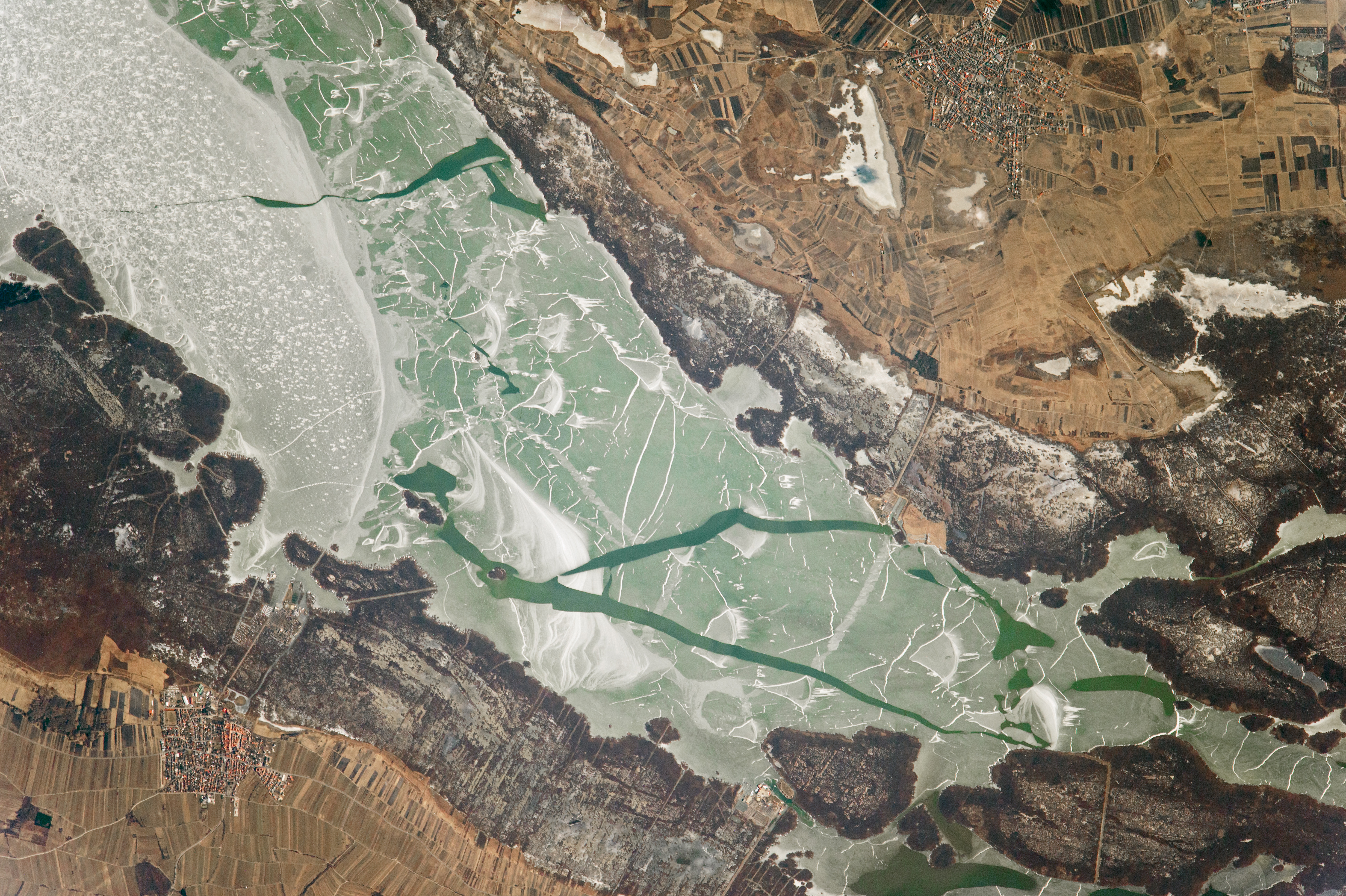 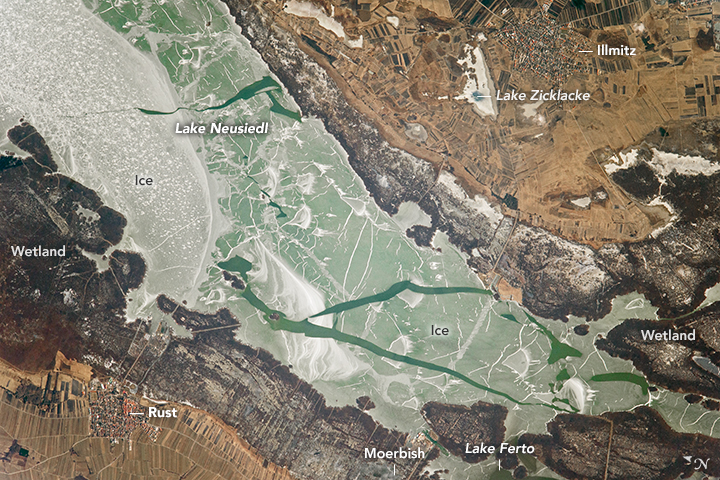 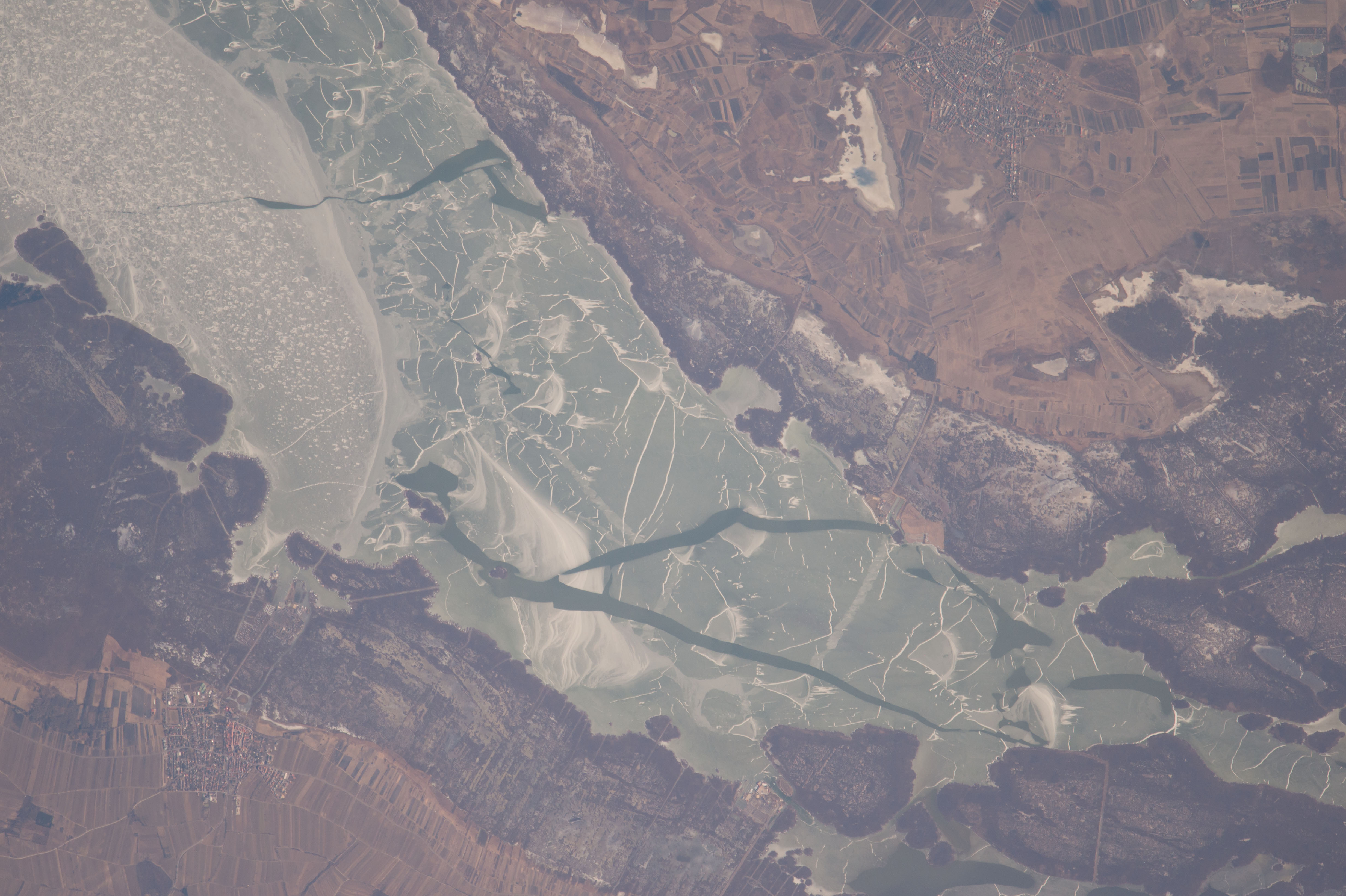 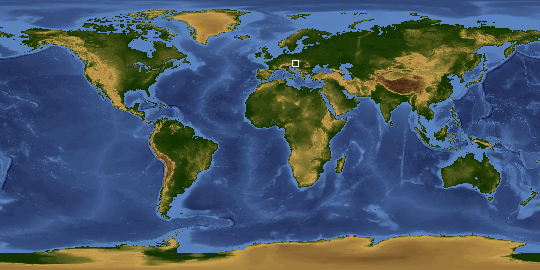 An astronaut aboard the International Space Station took this photograph of the south end of Lake Neusiedl, which spans the border between Austria and Hungary. (It is known as Lake Ferto in Hungary.) The pattern of open-water cracks amidst the ice hint at the beginning of a spring warm-up in the middle of this 30 kilometer- (20-mile) long lake.

In summer, the lake is a popular vacation locale, situated about 45 kilometers southeast of Vienna, Austria. Lake Neusiedl is also known as the "Sea of the Viennese." Extensive boating facilities line the shore, based primarily near the villages of Rust and Moerbisch.

At just 2 meters maximum depth, the lake is one of the shallowest in Central Europe. One well-known event for vacationers is the "annual freestyle mass crossing" of the lake from the village of Moerbisch to the village of Illmitz.

The wide, reed-covered wetland that fringes the lake is crossed by drainage canals and agricultural fields. Historical records indicate that these reed beds have been entirely under water at times because the lake size varies greatly with weather conditions. For example, the lake expanded to double its present size in 1768. More dramatically, the lake has dried up completely on several occasions: 1740-1742, 1811-1813, and 1866-1871. At very low stages, the lake has been described as a swamp because the reeds dominated the middle of the lake. Small depressions like Lake Zicklacke (upper center) dry up and fill on shorter time spans.