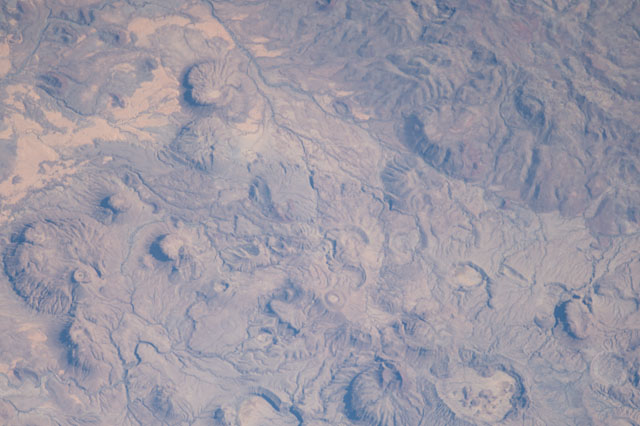 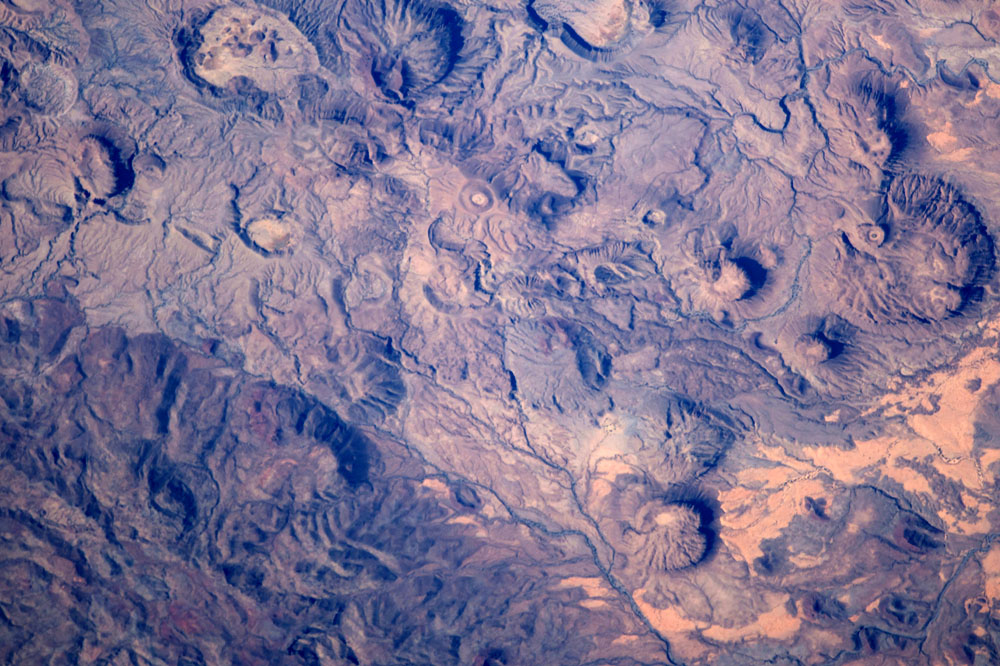 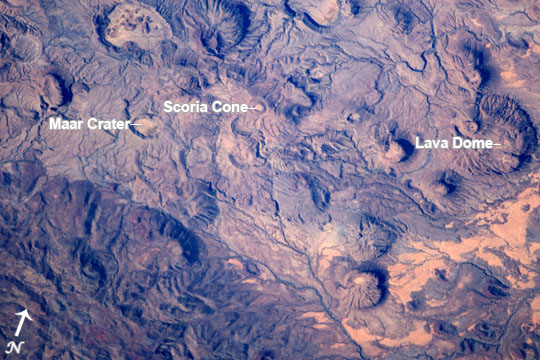 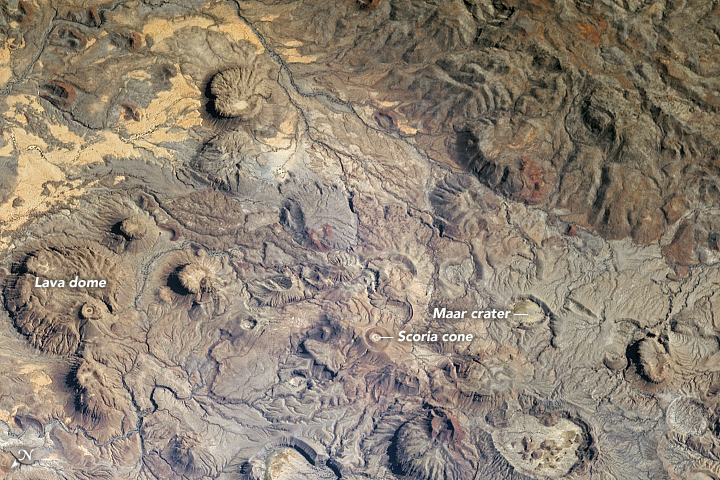 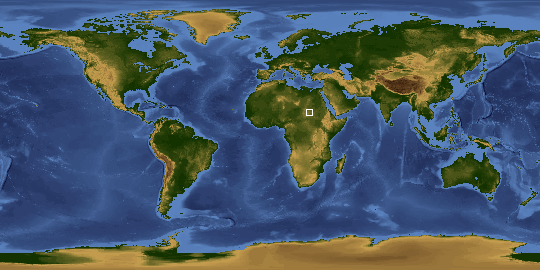 This photograph of the central Meidob Volcanic Field was taken by an astronaut onboard the International Space Station. The entire field covers an area of approximately 5,000 square kilometers (approximately 1,930 square miles) of western Sudan. There are numerous vents (nearly 700) that are believed by geologists to be less than 6 million years old. The most recent eruptive activity in the field has been dated to within 500 years of 2950 BCE, or roughly spanning the time of the unification of the Upper and Lower kingdoms of ancient Egypt.

While the majority of the Meidob field is comprised of volcanic rocks with significant iron and magnesium (basalt), the central region depicted here is dominated by volcanic rocks that have relatively higher amounts of sodium and potassium than basalt (known as trachyte and phonolite to geologists). This part of the volcanic field is also distinctive for the landforms that are common here, such as explosively-formed maar craters, lava domes built by viscous lava flows, and scoria or cinder cones formed around a single volcanic vent.