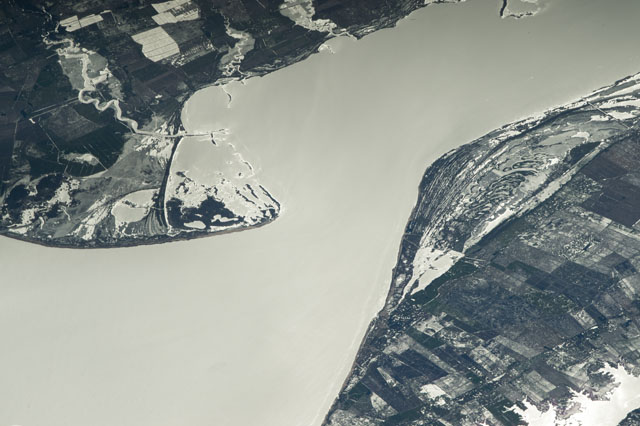 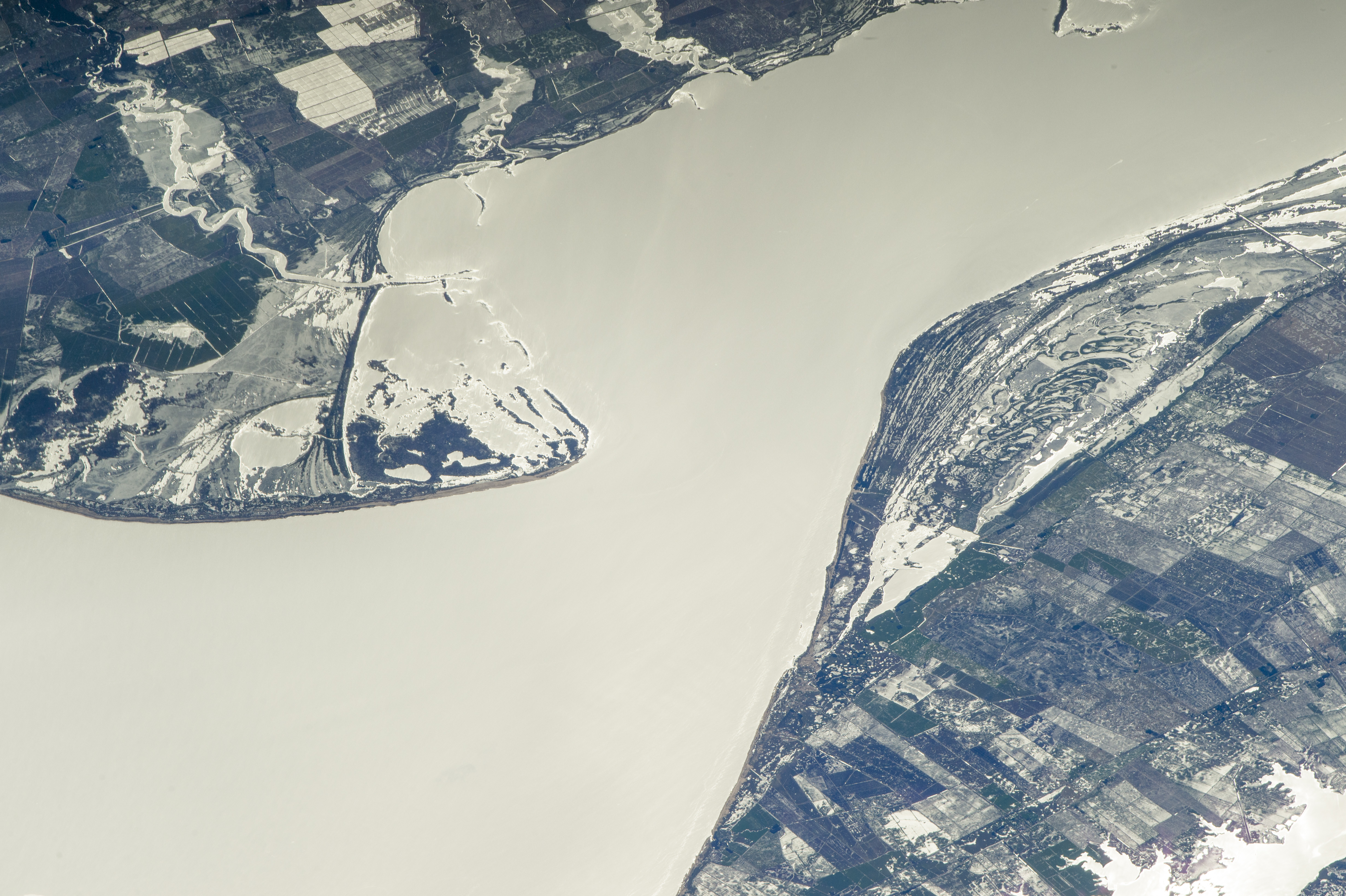 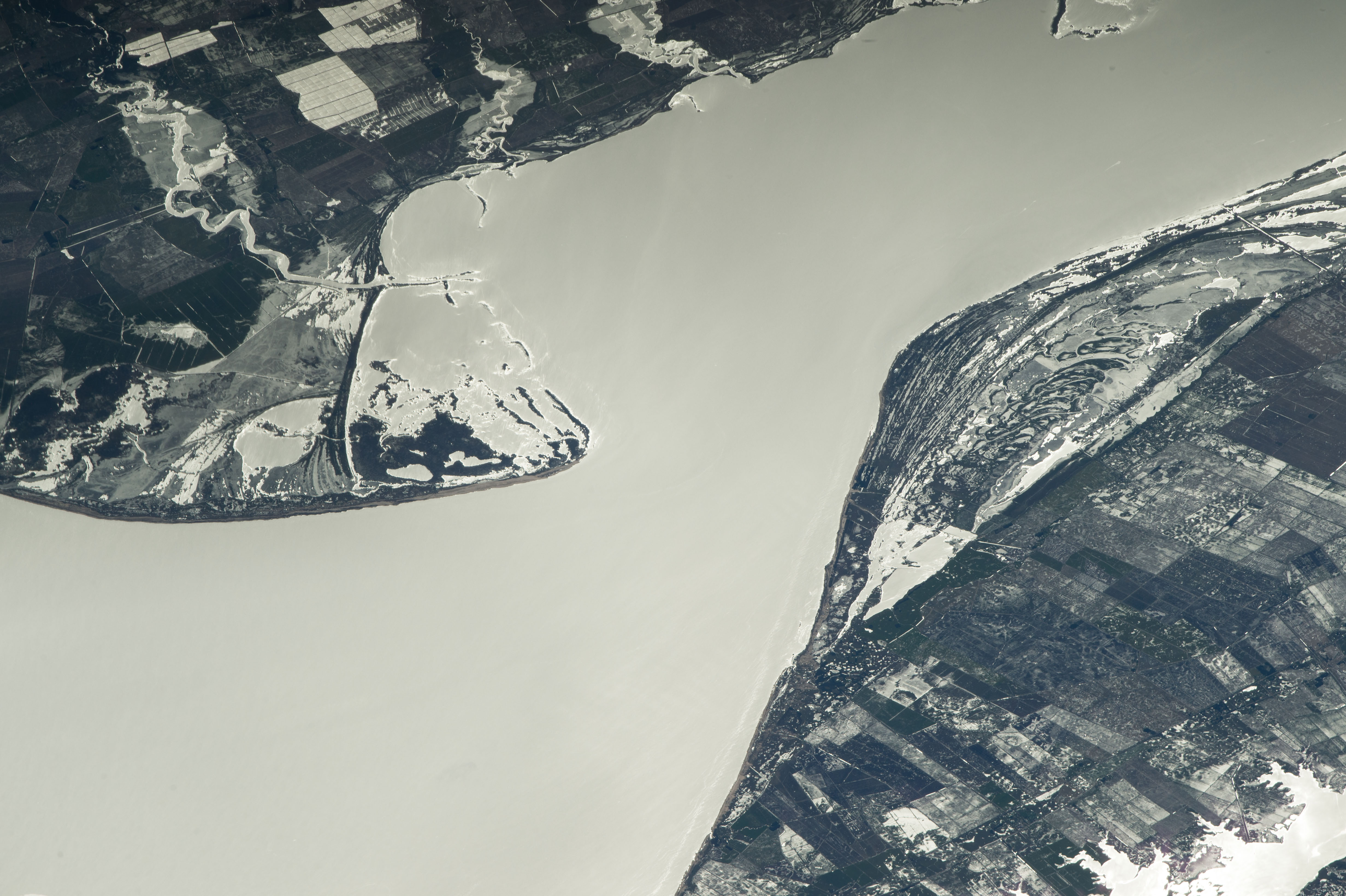 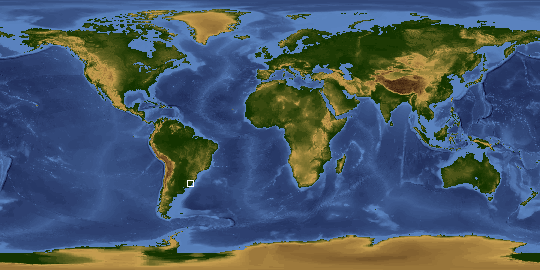 An astronaut aboard the International Space Station captured this photograph of the north end of Lagoa Mirim, a 180-kilometer-long coastal lagoon straddling the border of Brazil and Uruguay.

Three rivers enter the lagoon (top), and rectangular agricultural fields (dark tones in the image) cover nearly all of the dry land in the scene. In contrast, the water has a bright grey, mirror-like appearance due to sunlight reflected off the surface directly back to the camera. This sunglint emphasizes the meandering courses of the rivers and reveals a group of recently inundated fields (top left) that are mainly used for rice farming.

Around 400,000 years ago, sea level was higher and the Atlantic Ocean covered this part of Brazil's coast. The lagoons on the southern coast of Brazil, including Lagoa Mirim, were formed by the natural rise and fall of sea level over time, a process geologists call the transgression-regression cycle. Eventually the connection between the lagoon and the Atlantic Ocean closed up, and the main source of water became the rivers draining the Brazilian interior - making Lagoa Mirim a freshwater lagoon.

On both sides of the narrow part of the lagoon (center), ancient beach ridges are visible as a set of curved stripes and islands. Water circulation formed these ridges, which were built up over the past thousand years as waves and currents moved sediment along the shoreline.