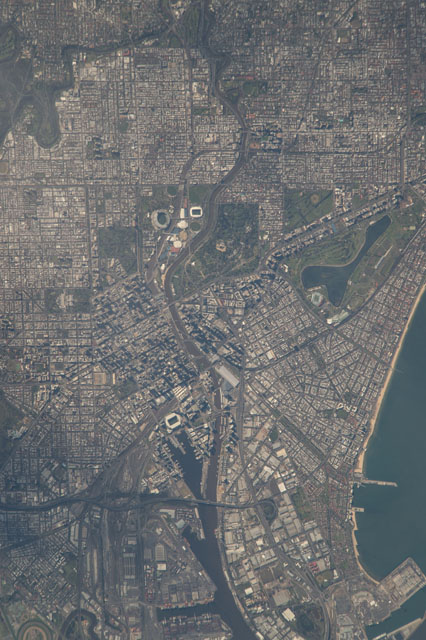 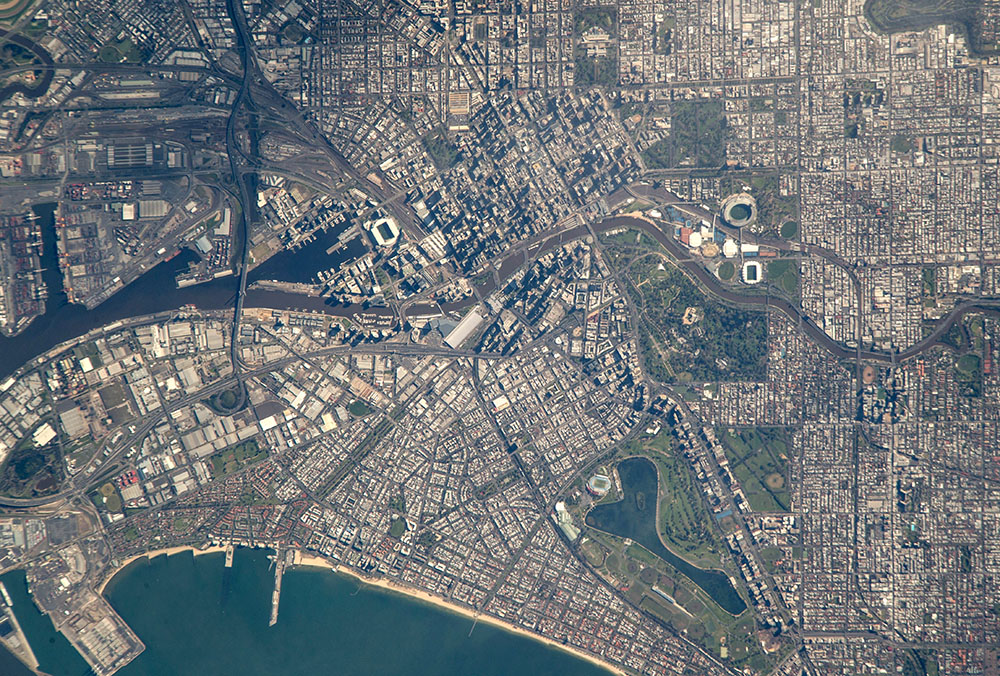 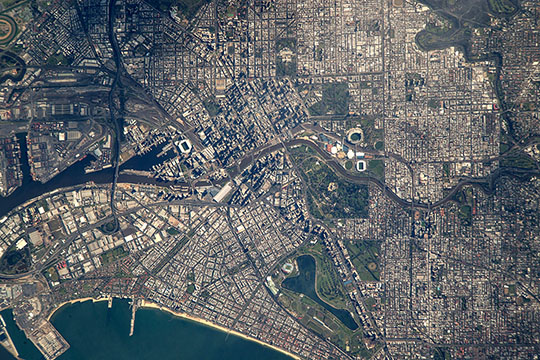 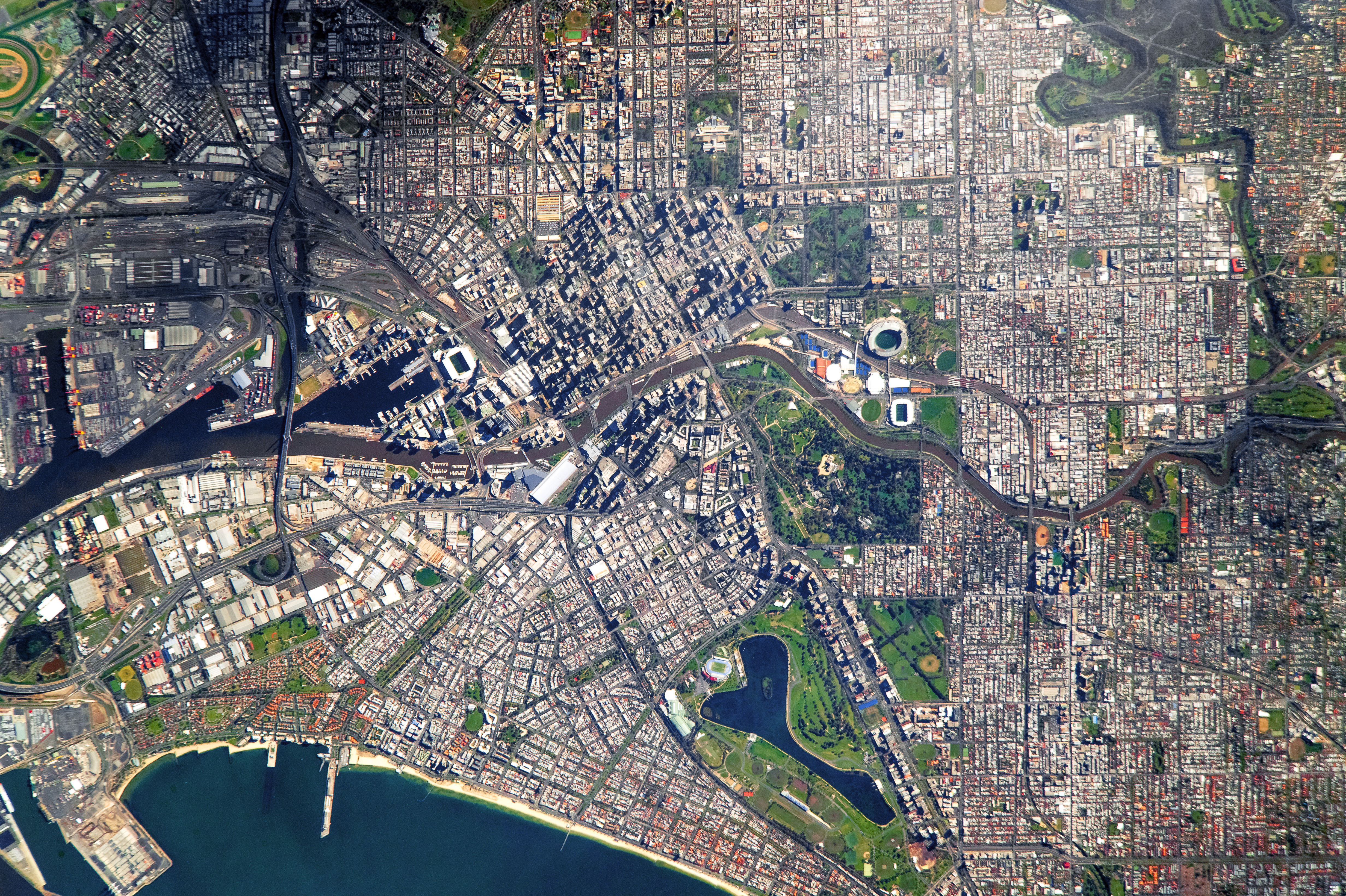 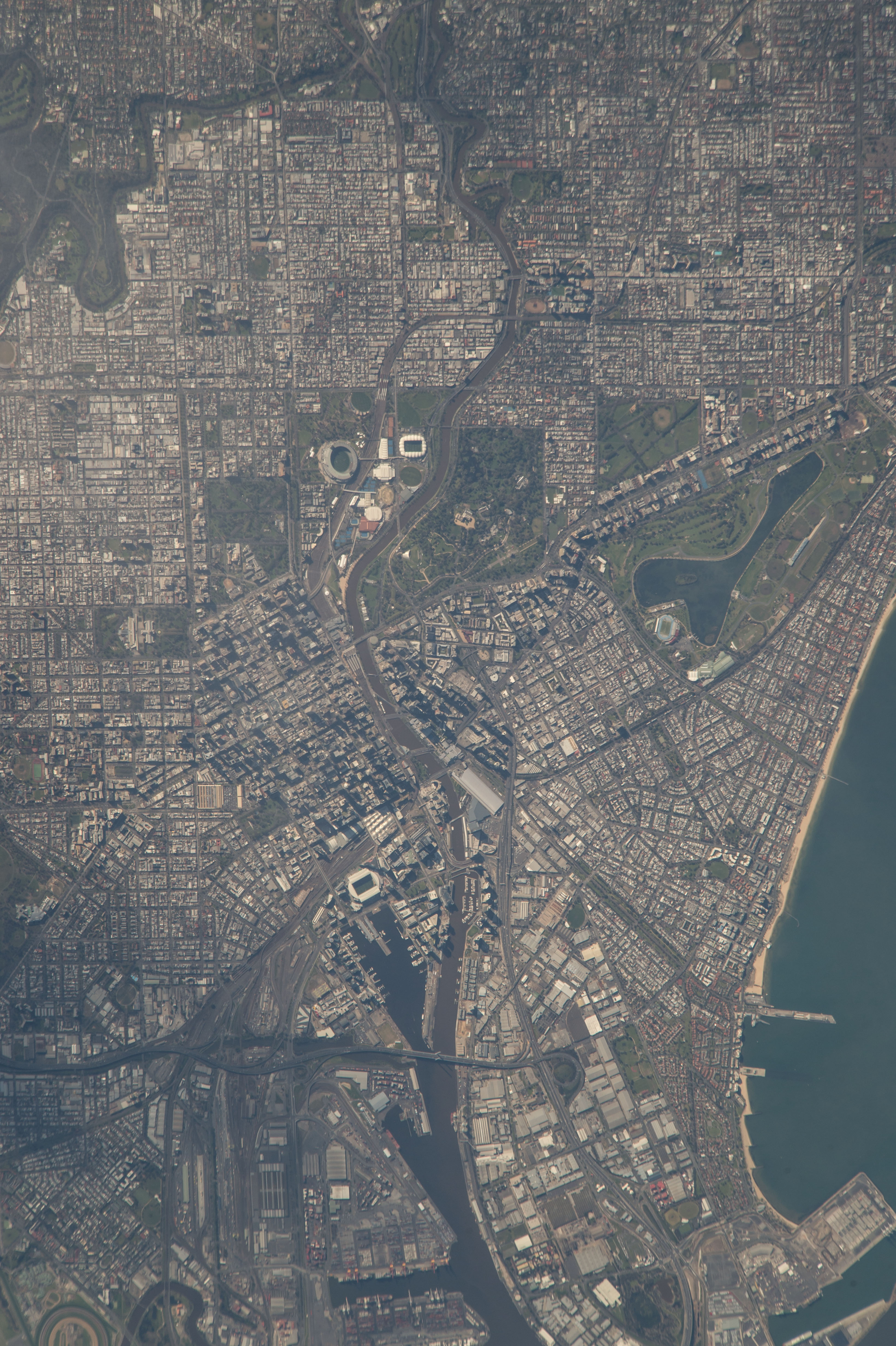 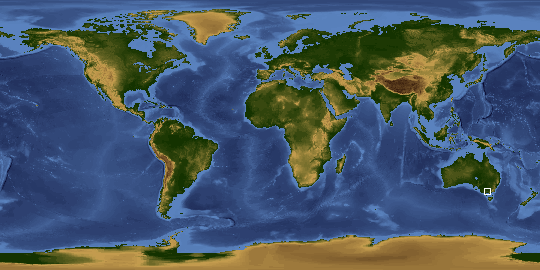 Flying over southeast Australia, an astronaut aboard the International Space Station took this very detailed image of the center of the large metropolitan area of Melbourne (population 4,529,500 as of 2015). Greater Melbourne is the second-most populous city in Australia (after Sydney).
The city center shown in this image appears like most high-rise city centers [e.g., New York City]--where city blocks appear darker due to the long shadows cast by closely-spaced, tall buildings.

The city center straddles the Yarra River which runs through the view as a darker line (at image center). Angular patterns along the river (the Docklands neighborhood at image center left) and the protected shoreline of Port Phillip Bay (image lower margin) are transhipment facilities that have made Melbourne an ideal shipping center for Australia. Today the region includes Australia's busiest container port, with a well-developed railroad and freeway network to distribute goods, as shown by the tracks and highways (at image top left) immediately north of the Docklands. This riverside sector of Melbourne is also the tourist and conventioneer magnet--the Convention Center is one of the largest buildings, and easily visible in this image (at image center left).

Darker patches in the image are numerous parks, the largest immediately east of the city center. The Sports and Entertainment Precinct occupies one of these open spaces. Its varied and colorful cluster of facilities is easily seen from space (at image center). The largest (circular) stadium in the southern hemisphere, the iconic Melbourne Cricket Ground founded in 1853, is located in the precinct. On the opposite bank of the Yarra River, in a very spacious public park lies the state governor's mansion know as the Government House (at image center right). A smaller park hosts the Royal Exhibition Building (at image top), the venue of the first Parliament of Australia. With a design based partly on Florence Cathedral, the building was the first non-Aboriginal cultural site in Australia to win UNESCO's World Heritage listing.

The city's history strongly reflects the personalities of the times when it was founded. It was named in honor of the then British Prime Minister at its founding in 1835. It later became the capital of the newly founded colony of Victoria in 1851, named for British Queen Victoria. Roads and parks are also named after Queen Victoria's husband Prince Albert, as, for example, Albert Park Lake (at image lower right).

Interestingly, a little more than four minutes earlier on the same orbital path, the astronaut had photographed another of Australia's quintessential landmarks, the famous desert mountain known as Uluru or Ayers Rock.