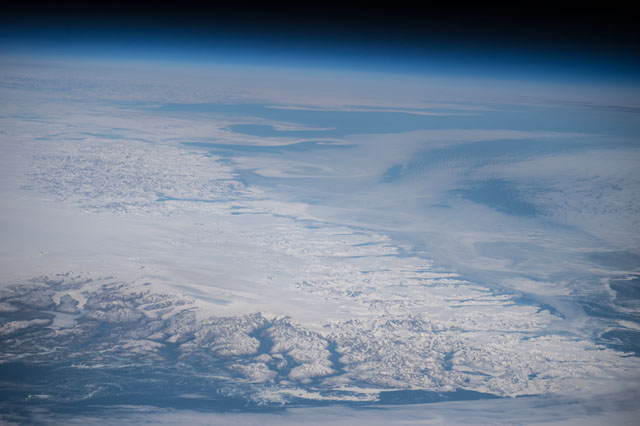 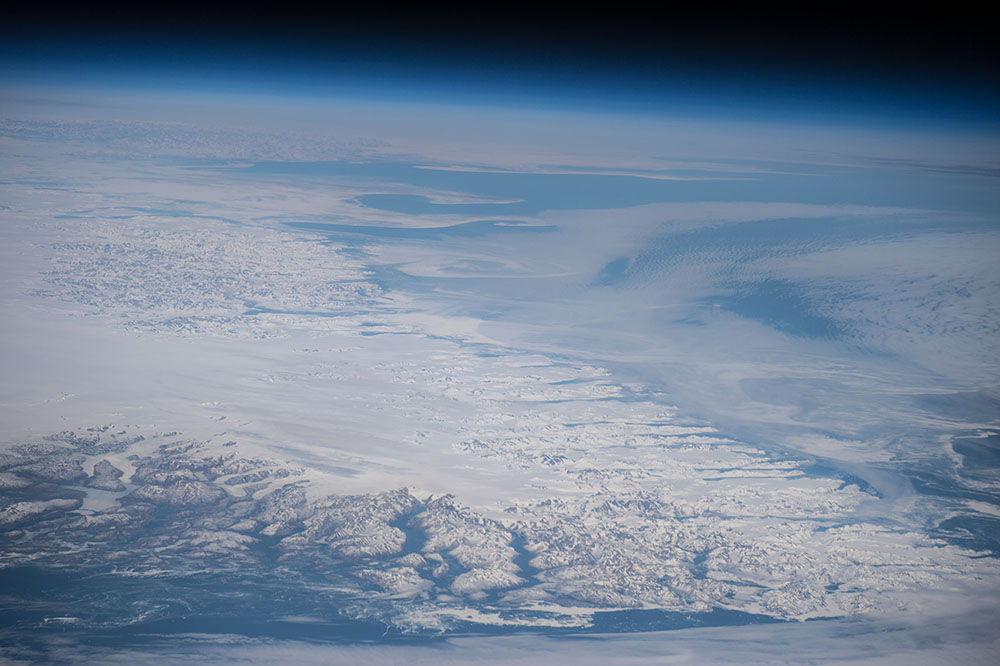 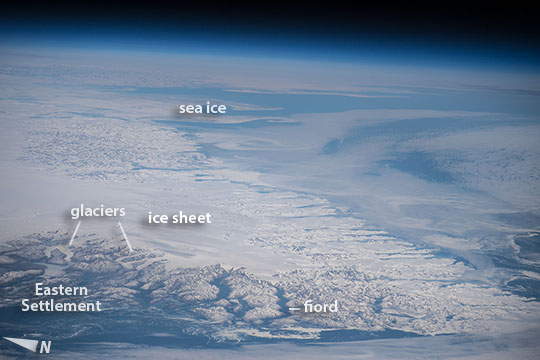 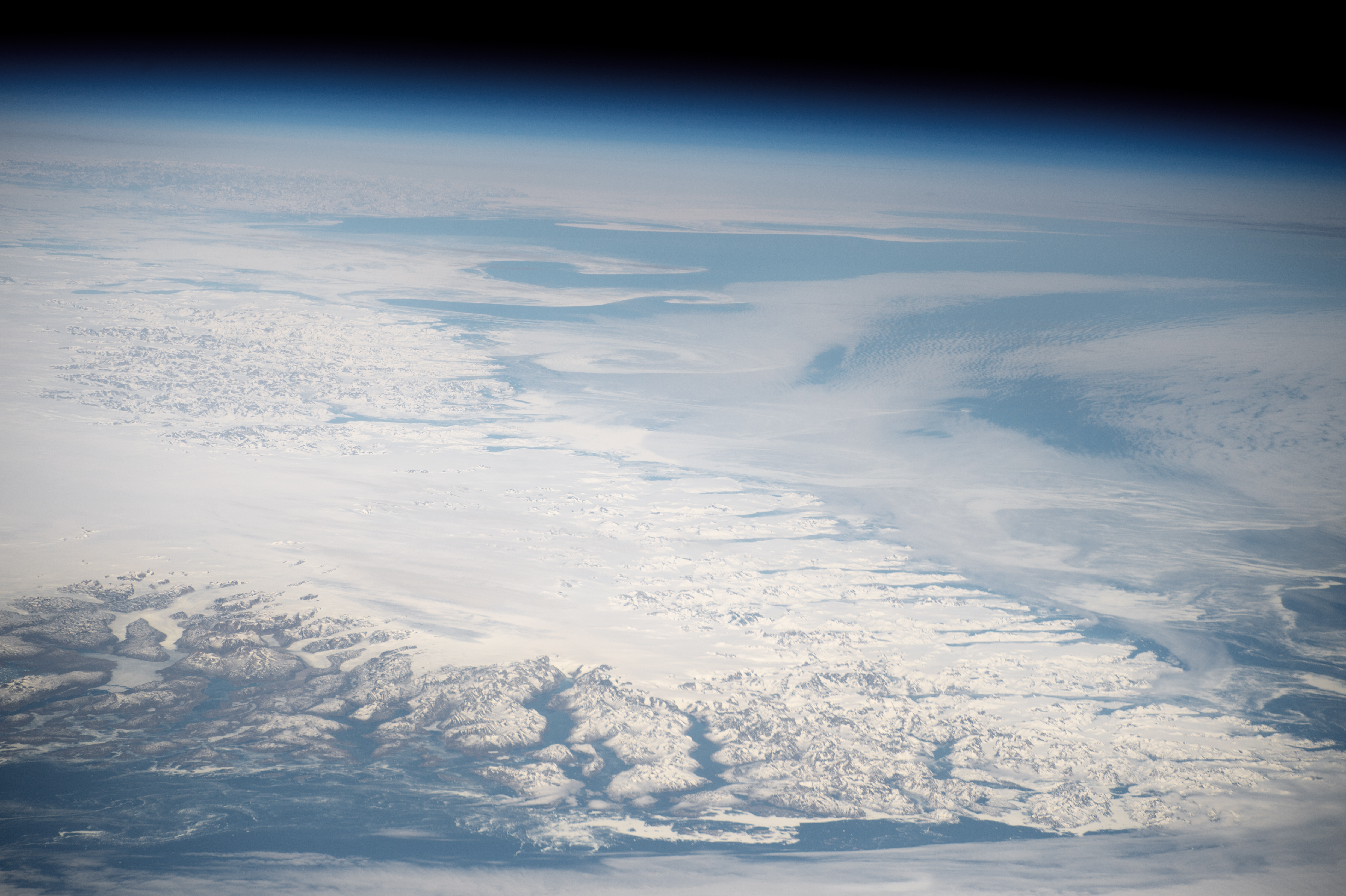 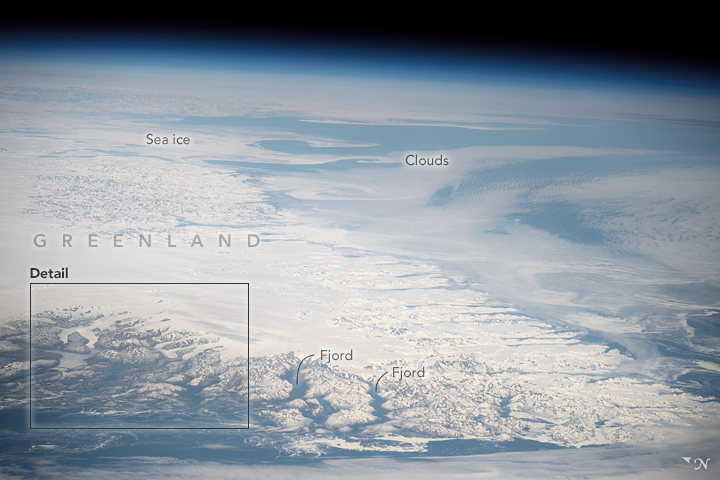 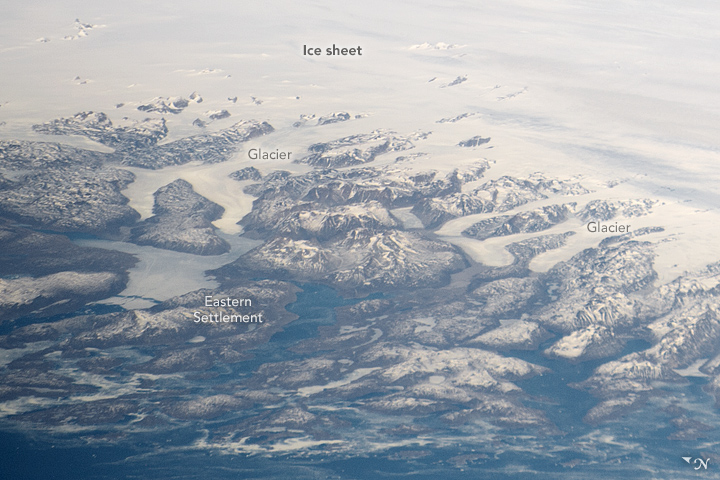 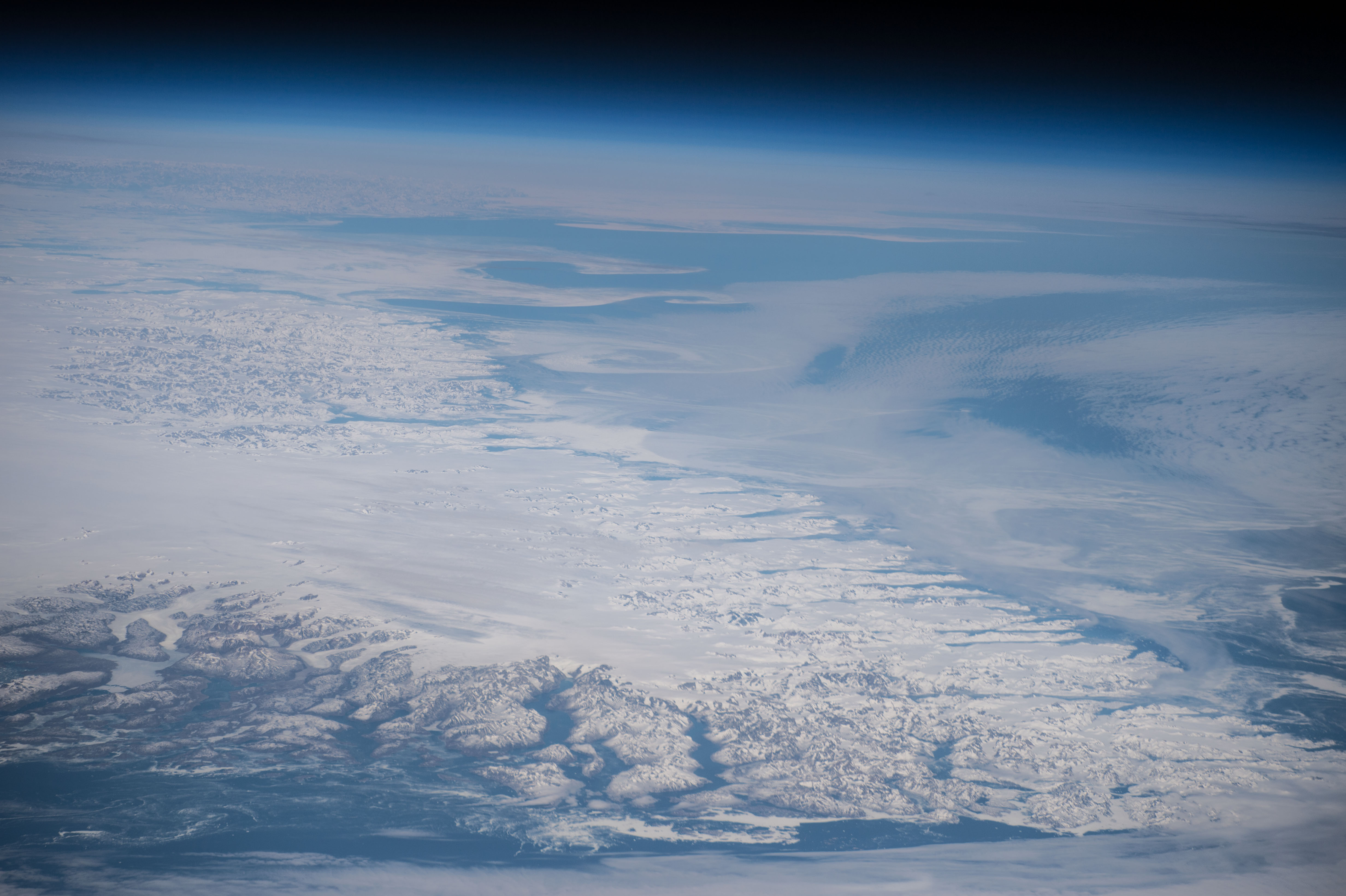 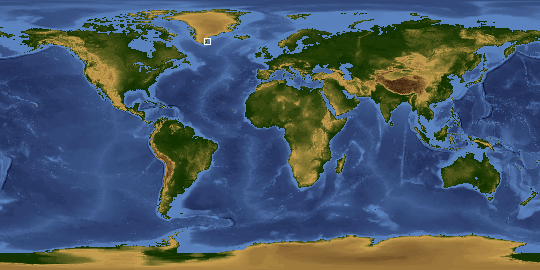 Looking northeast near local noon, a crew member aboard the International Space Station (ISS) used the workhorse 240 mm lens for a panorama of the southern tip of Greenland (at image lower right)--called Cape Farewell, one of the landmarks of Greenland. It is a challenging place for astronauts to photograph because it lies fully 920 km (570 miles) north of the northernmost point reached by the ISS, and because it is so often cloud-covered.

The featureless sheet of ice that covers most of Greenland (at image left) feeds hundreds of glaciers that flow slowly off the continent toward the sea (a few appear at image lower left). The shot shows more than 600 km (380 miles) of the very indented east coast of this 2700 km-long (1675 mile) landmass (from top left to lower right). Great swirls of sea ice (at image center) stretch north as far as the eye can see--slightly obscured by thin cloud (at image top right). The southernmost tip of Greenland, Cape Farewell, lies just outside the lower right corner of the image.

Remains of several villages of the "Eastern Settlement" lie along the fiords shown in the lower left of the image. These were the medieval Norse settlements established late in the 900s CE by Erik the Red from Iceland, father of Leif Eriksson of Vinland fame. Cattle and sheep farming supported as many as 4,000 inhabitants at its peak of the settlement, in the valleys immediately downstream of the glaciers shown here. But by the early 1400s the settlement died out completely (the last written record is of a wedding in 1408). These dates coincide well with dates geologists have acquired from ice and sediment layers that show warmer past climates in southern Greenland between the 800s and 1300s. The settlements were abandoned perhaps because of the onset of the Little Ice Age.