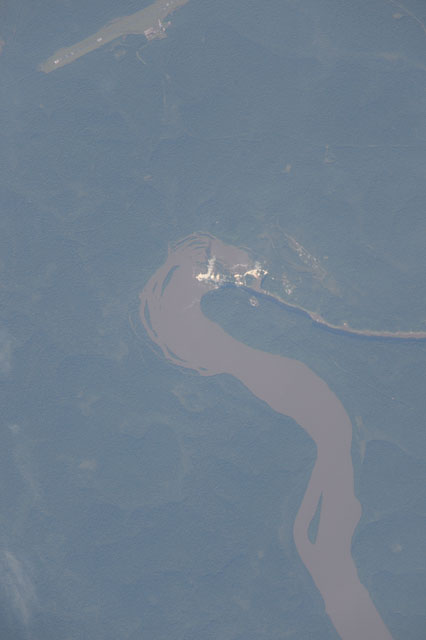 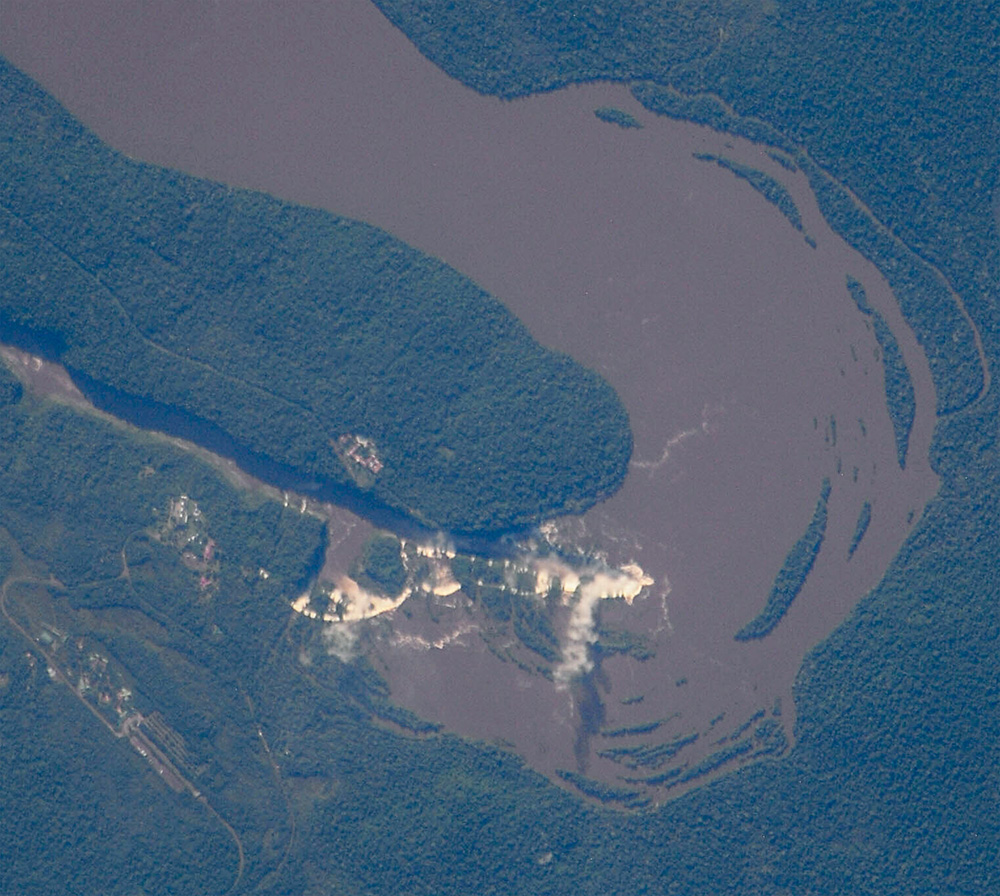 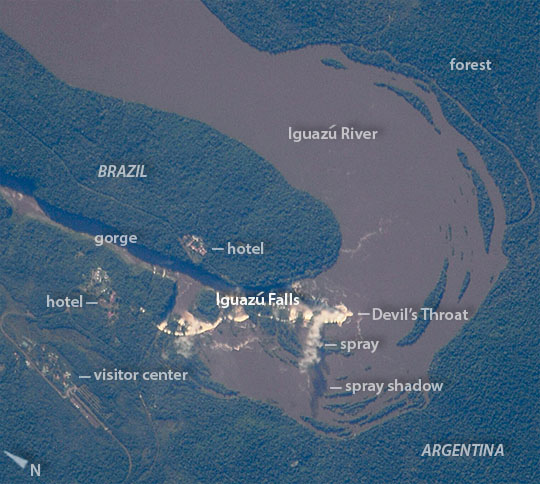 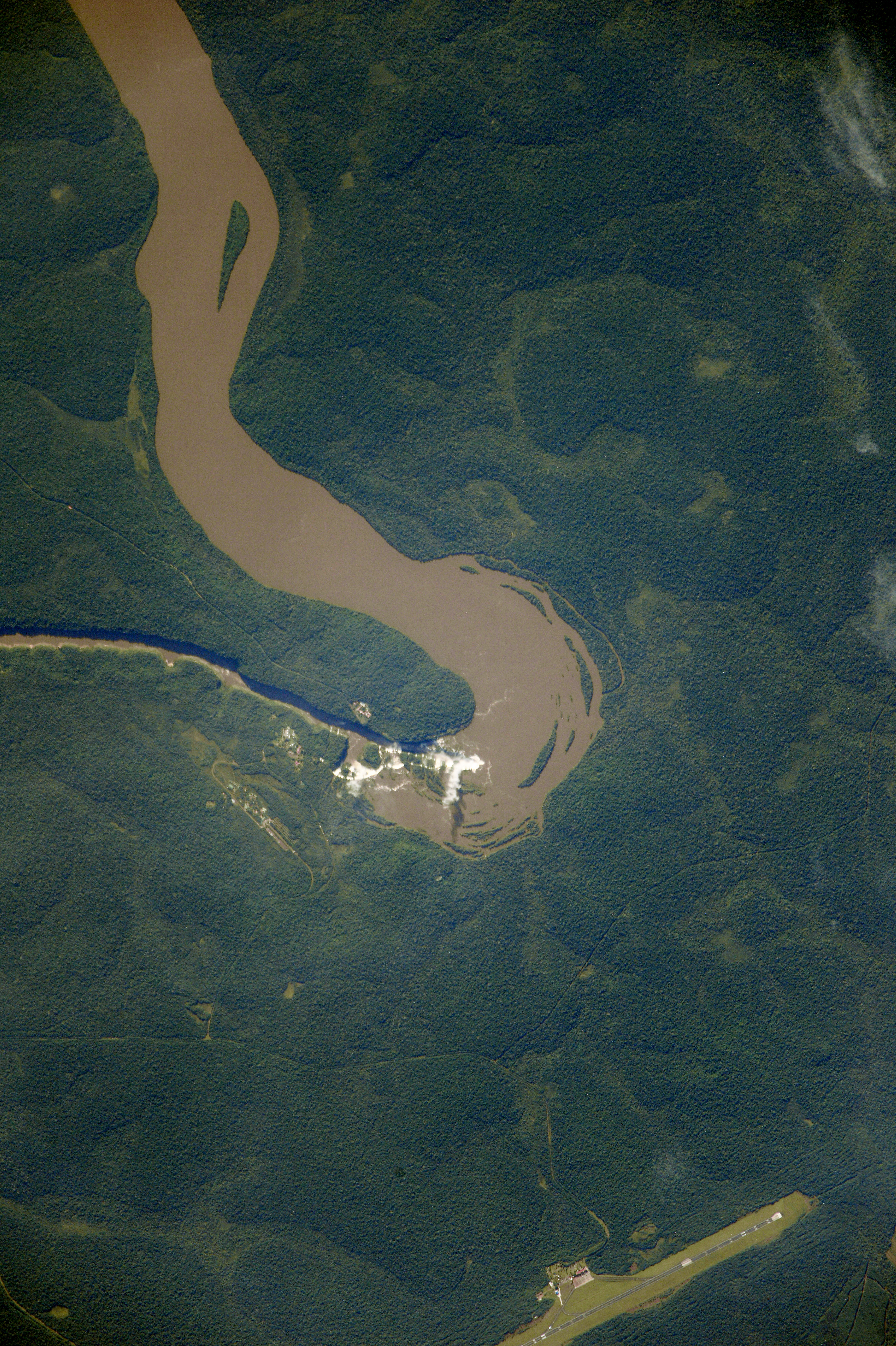 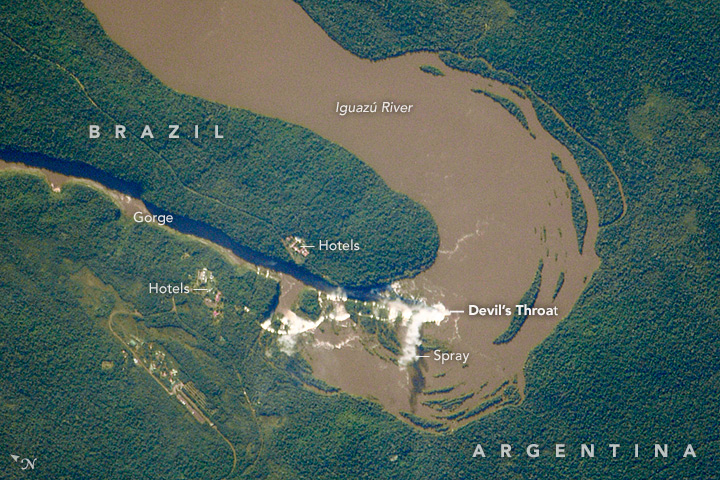 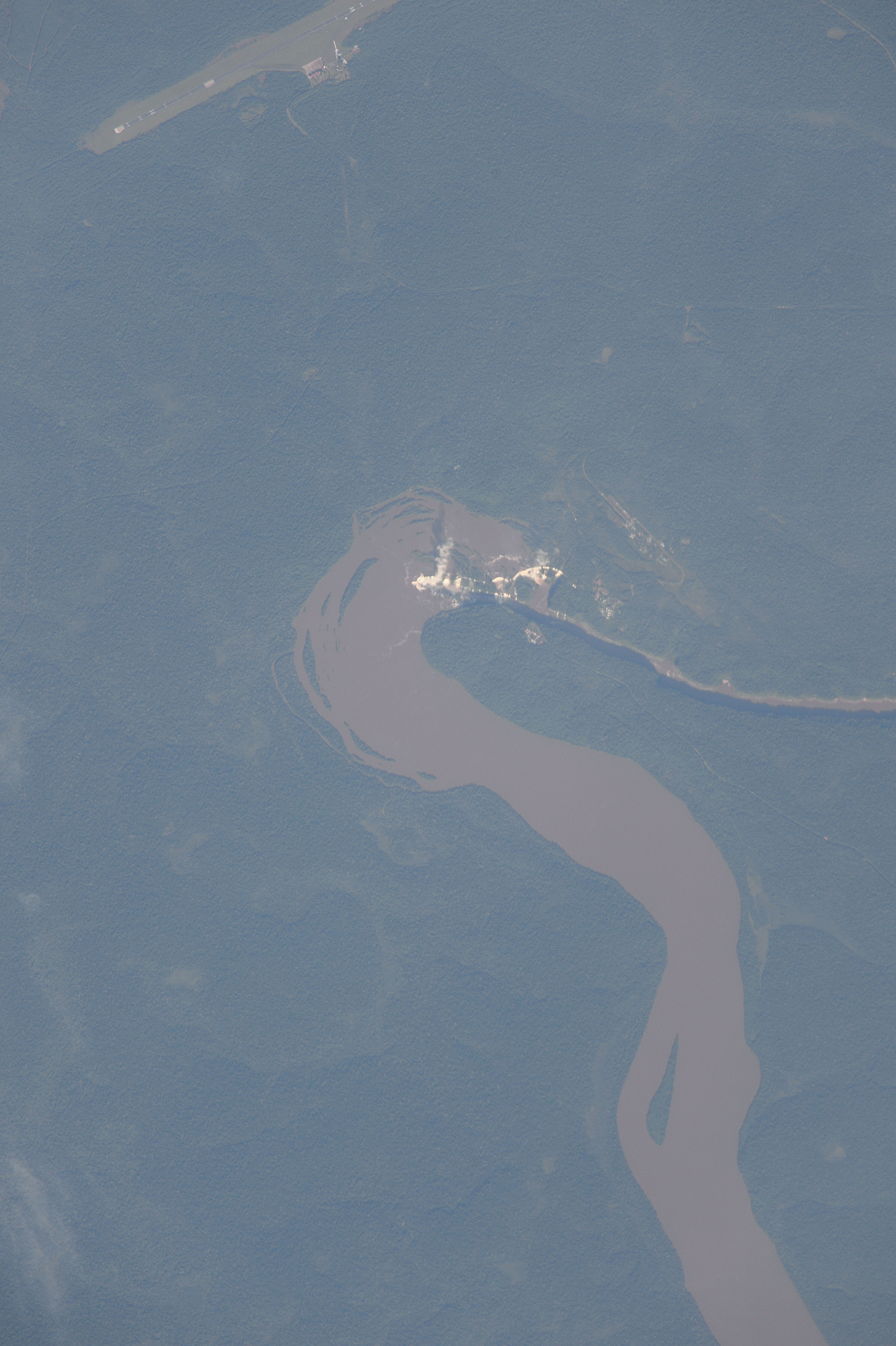 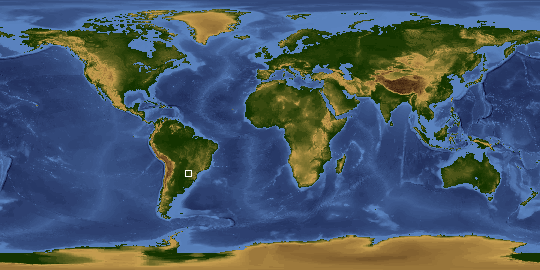 A crew member aboard the International Space Station pushed the camera system to the limit - using a 1200 mm lens setting instead of the more usual 1150 mm setting - to focus on the famous Iguazu Falls. The falls are the second tourist attraction in all of South America (after Machu Picchu), drawing more than one million visitors in 2010. Hotel establishments are located near the falls (at image left) on both the Argentine and Brazilian banks of the river (the international boundary).

The wide Iguazu River makes a sharp bend before plunging over the falls, which appear as the brightest white patches in the image (lower center). The falls are 60 to 90 m high (200-260 feet), stretching 2.7 km (1.7 mi), but interrupted by numerous islands and, in places, by one or two steps. Wooden walkways lead visitors to every part of the falls, the longest walkway leads from the Argentine side (at image bottom) for 1 km (0.6 mi), crosses a wide expanse of the river, to reach the lip of the most dramatic sector of the falls, known as the Devil's Throat (Garganta del Diablo in Spanish)(at image lower center). Here the falls shoot a huge plume of spray so high into the air that it can be seen by astronauts. The early morning sun casts the plume's shadow onto the river.

The falls are formed by hard layers of lava rock. River water and its sediment that pour over the falls are slowly eroding the falls backward (upstream). In this process, the wide sector of the river, as seen in most of the image, becomes a narrow gorge below the falls. The gorge is deep enough to cast its own shadow (image left). The intense green of the surrounding subtropical forests are protected in national parks established by Argentina and Brazil, and now declared World Heritage Sites by UNESCO in 1984.