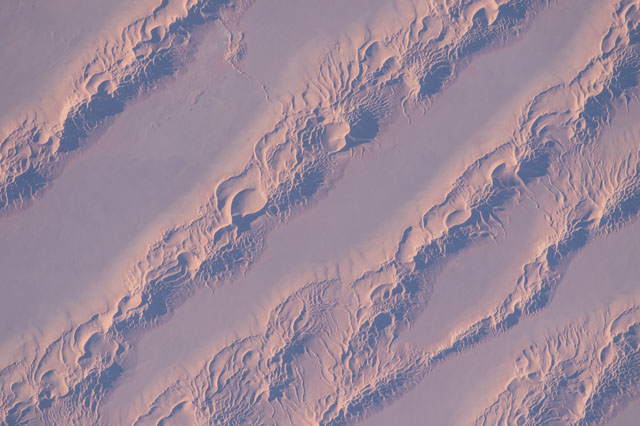 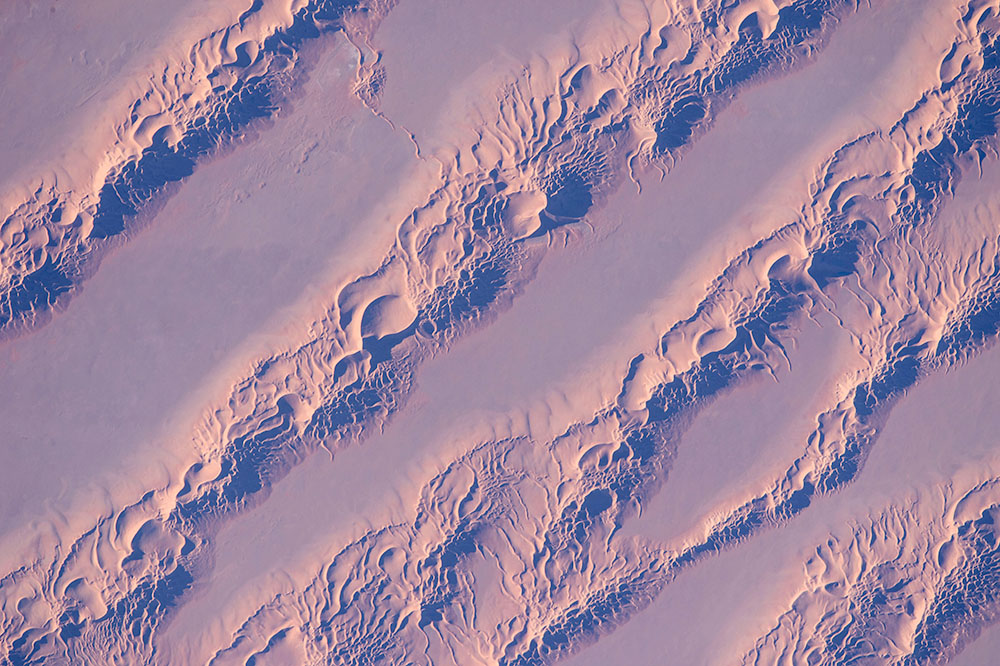 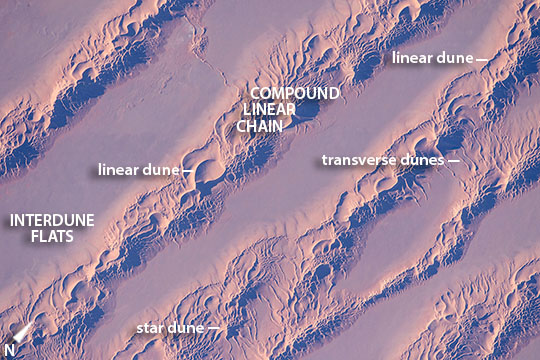 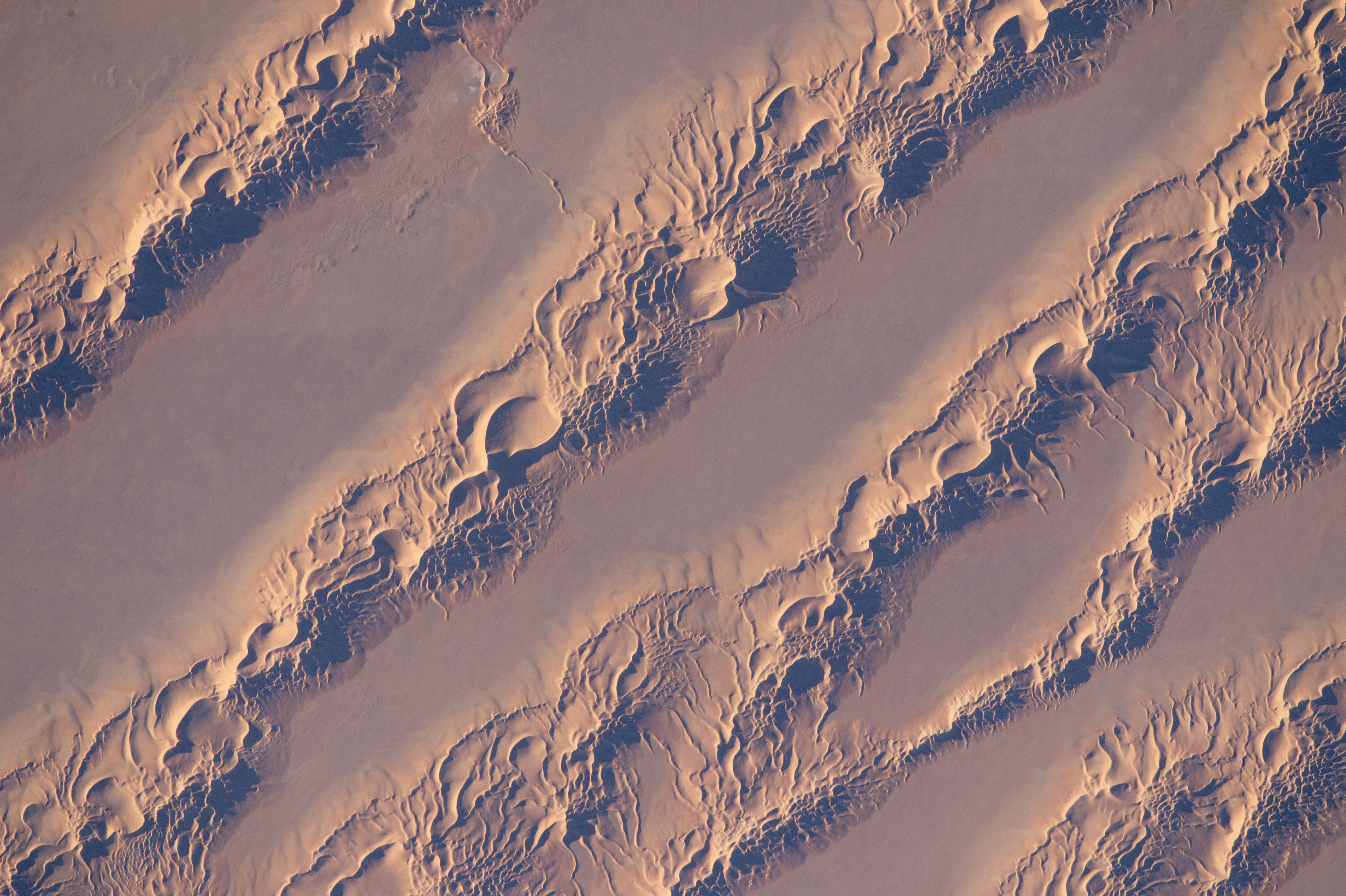 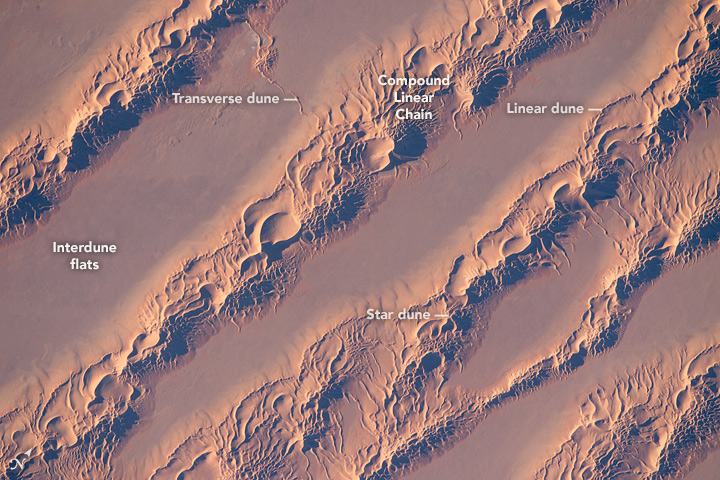 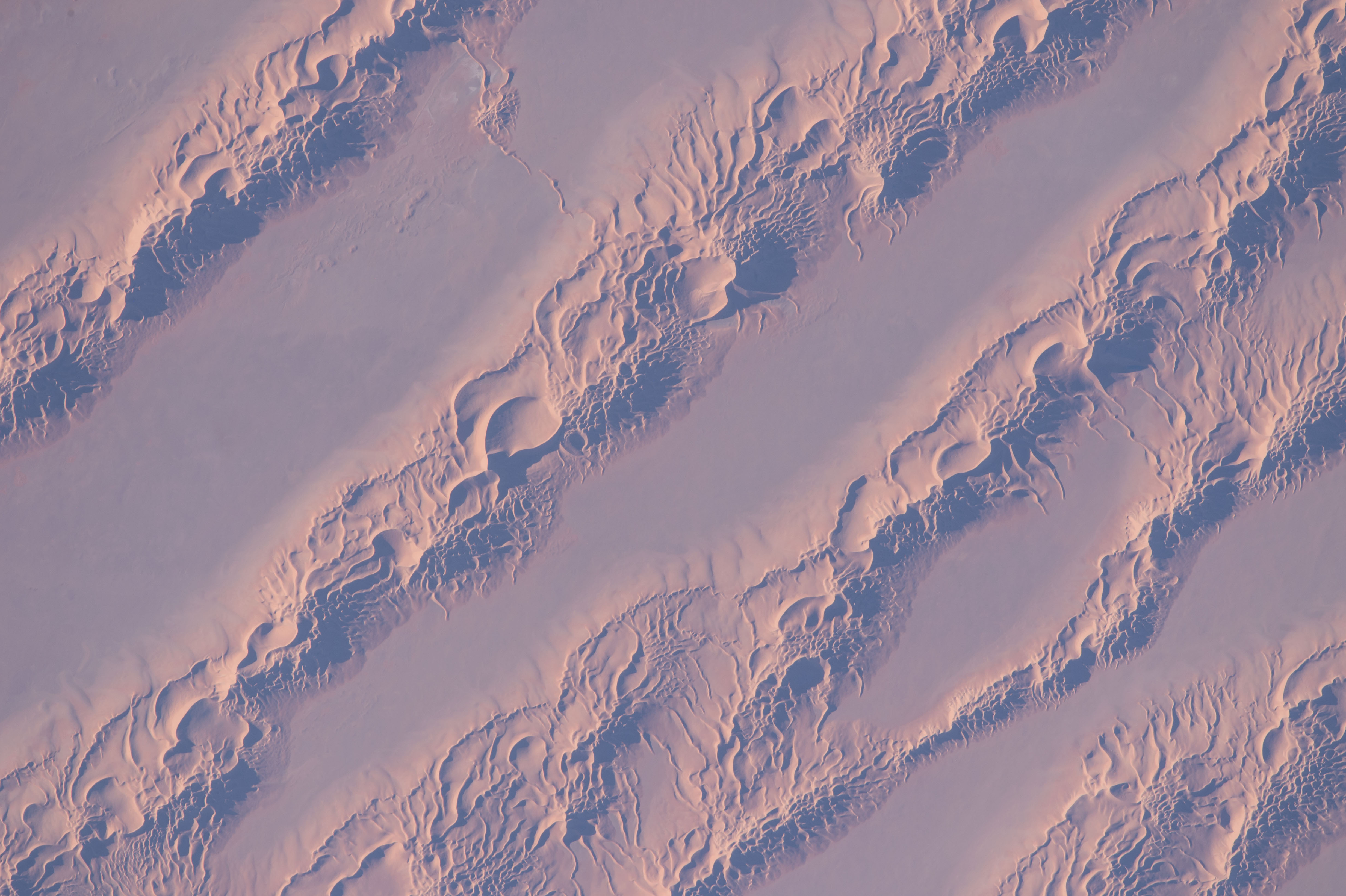 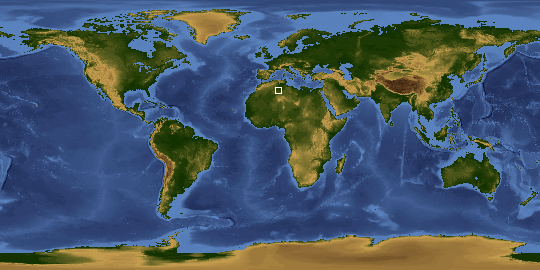 Looking almost vertically down onto the Sahara Desert a crew member aboard the International Space Station took this detailed, late afternoon image of the Grand Erg Oriental. Wind has organized vast quantities of sand into straight lines in what geologists call compound linear chains. The chains reach about 1.5 km wide in this view, and rise 150 m above the smooth intervening dune-free flats. Astronauts have a unique vantage point to view large areas of Algeria and Libya covered by these seas of sand.

The compound chains are made up of numerous smaller linear dunes with sharply defined crests (also known as seif dunes after the Arabic word for "sword"). Linear dunes sometimes converge to a point with long tentacle-like arms called star dunes. Many examples of these appear in the image. An astronaut snapped a photo of individual, well-developed star dunes just 20 seconds after this photo was taken. (Click here to view it.)

Geologists now know that different wind patterns are responsible for dune shapes. Winds that blow from one direction build linear dunes, and ultimately the chains seen in this image. The slight variation in wind direction pushes sand from one side of the dune and then from the other--making the sharp crests of the small linear dunes. These winds also stretch out the dune in the average direction of the winds (southward in this part of Algeria). By contrast, winds that blow with roughly equal strength from several directions make the star dunes--that stand at various points on top of the large chains. This suggests that the wind regime changed with time--first building the chains (over a long period of time), and then becoming more multi-directional so that the star dunes formed on top of the chains.

Winds that blow strictly from one direction build a third kind of dune, the transverse dune that forms at right angles to the wind direction. Relatively small transverse dunes can be seen at many points in the image, made by north winds channeled by the chains, especially along the outer flanks of the chains and in hollows within the chains.

Dunes are a favorite topic for orbiting photographers, partly because of their compelling patterns: Erg Oriental and Tifernine Dune Field.