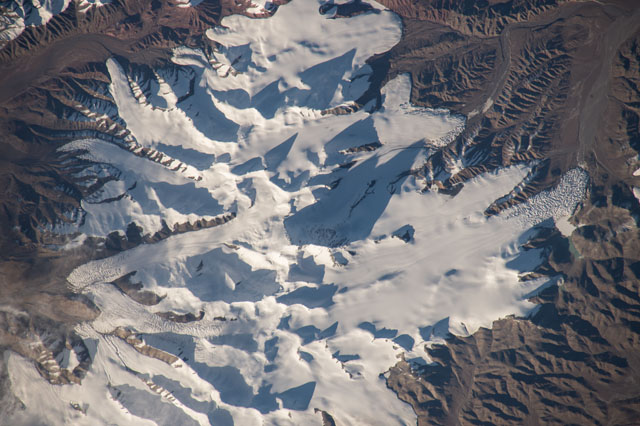 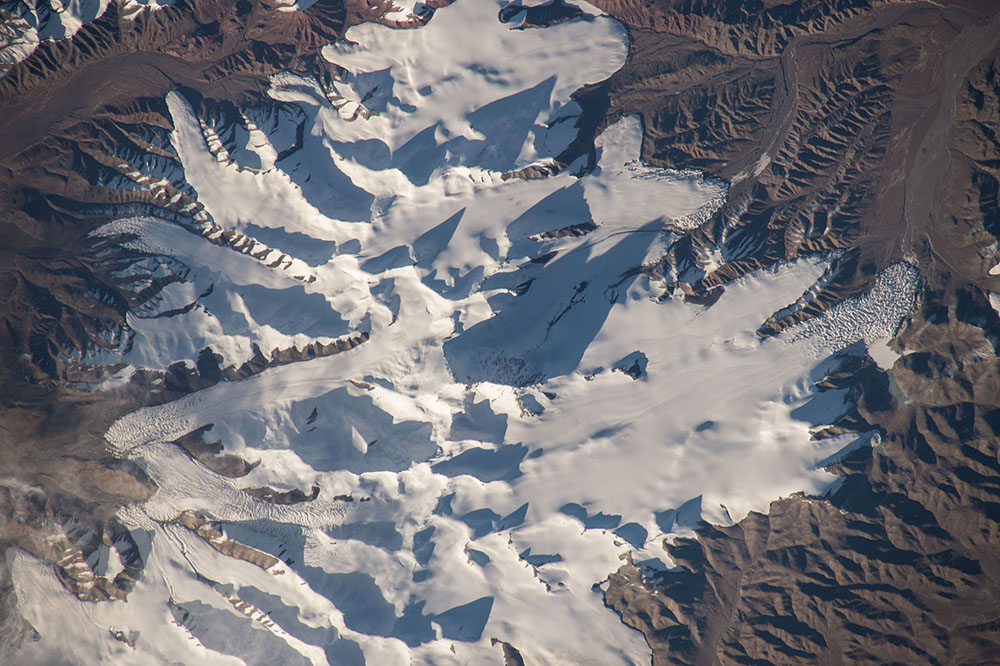 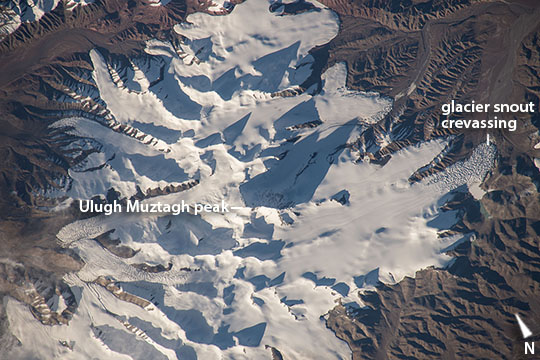 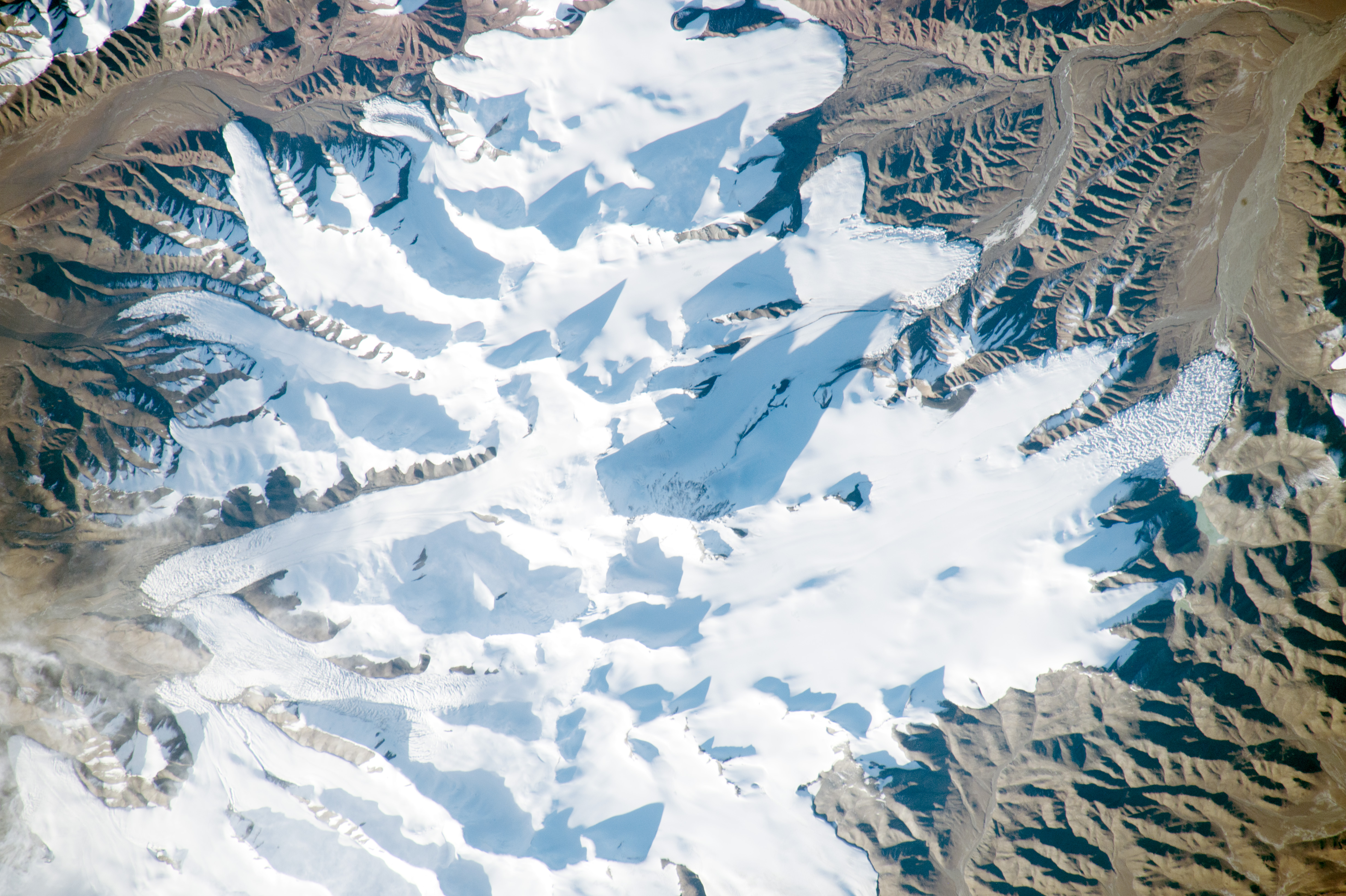 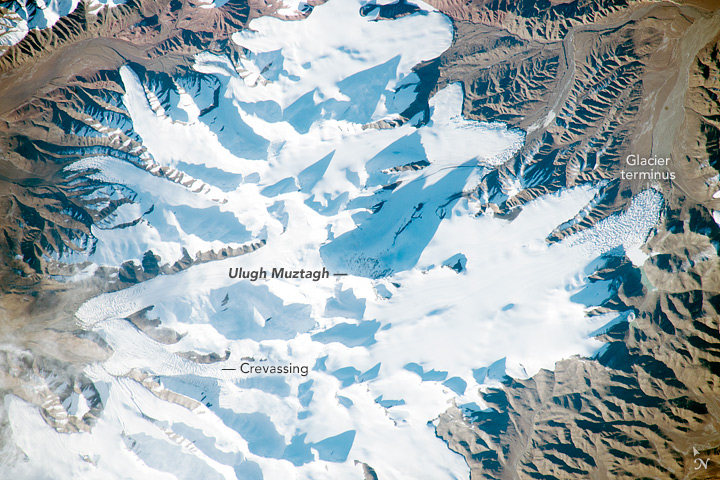 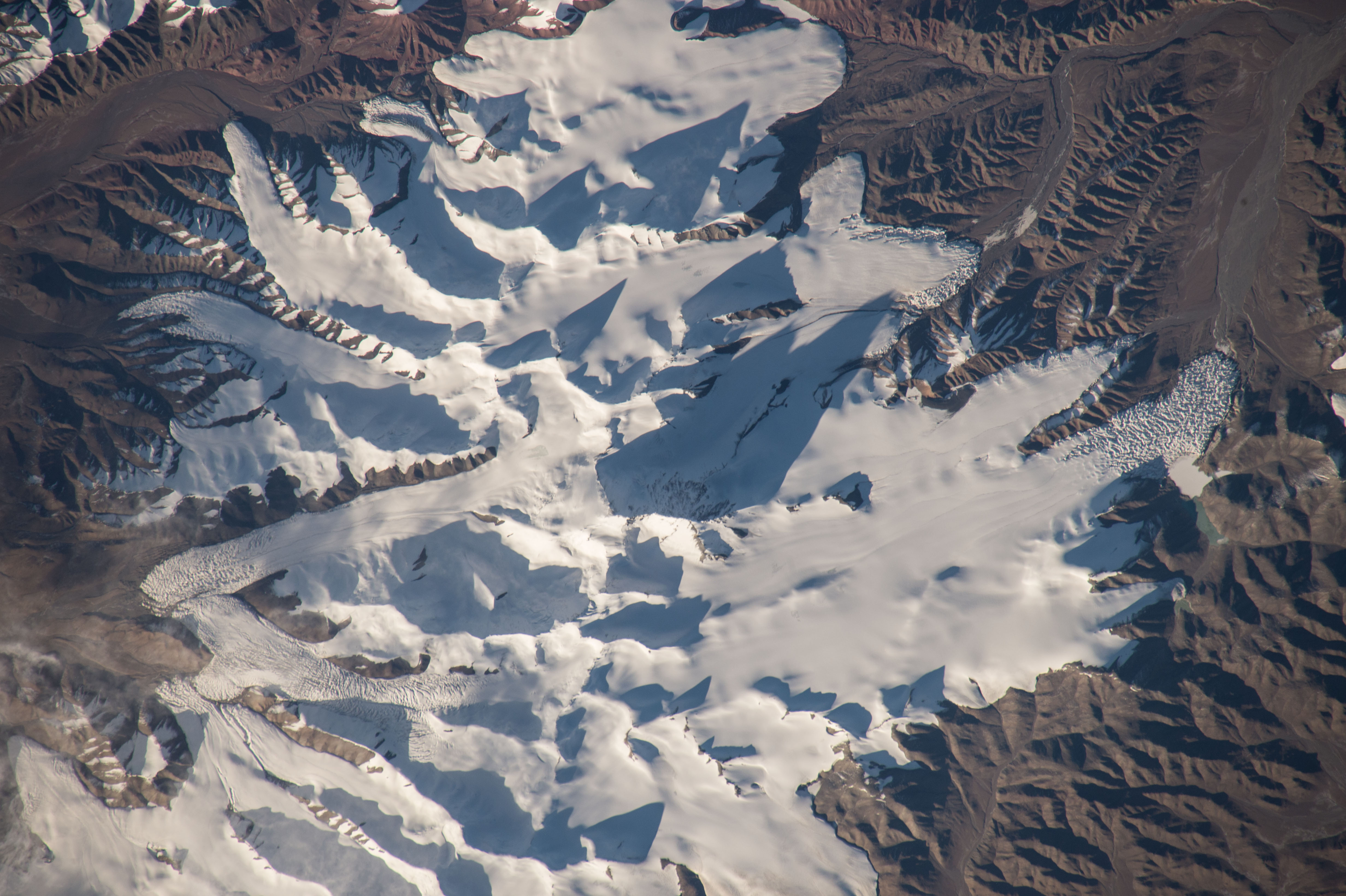 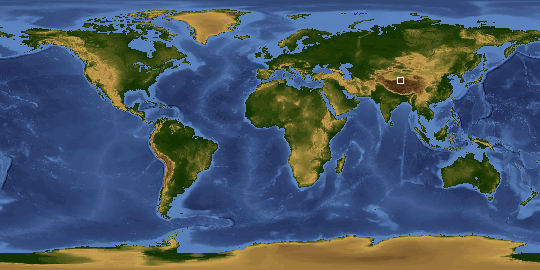 A long lens and low sun angle allowed an astronaut to take this striking image from the International Space Station as the spacecraft flew over the remote desert landscape of northern Tibet. Sun reflects brilliantly off the ice of several glaciers on one of the highest sectors of the Kunlun Mountains. Dark, pointed shadows are cast by the major peaks of the mountains in this mid-afternoon (local time) image. Mountains tend to look flat from orbit, particularly when viewed from directly above--the mountain in the center of the image, Mt Ulugh Muztagh, appears insignificant. But being the highest (6973 m, 22877 feet), it casts the longest shadow which helps astronauts get a 3D sense of the landscape. If this were an unmapped planet, the length of the shadows could be used to calculate the height of each mountain peak (knowing a ground distance and the sun angle). The surrounding landscape is a nearly barren, dun-colored desert.

The low sun angle reveals rough textures at the snout end of the glaciers (especially image right) which otherwise appear remarkably smooth. Rough textures are places where the ice is melting fast. Although the peaks receive very little precipitation (less than 5" per year), it is a cold desert that preserves more snow than melts on the highest coldest parts of the mountains. The preserved ice slowly accumulates and begins to flow, very slowly, downhill, away from the high peaks. At the snout of the glaciers, melting of the ice at the warmer low altitude balances the flow of ice from the mountain peaks.

One other area of glacier roughness (image lower left), however, is not located at the snout end of the glacier. This is a region of crevassing where the glacier ice is splitting apart to make deep clefts, probably where the ice is flowing faster over a steeper part of the valley.