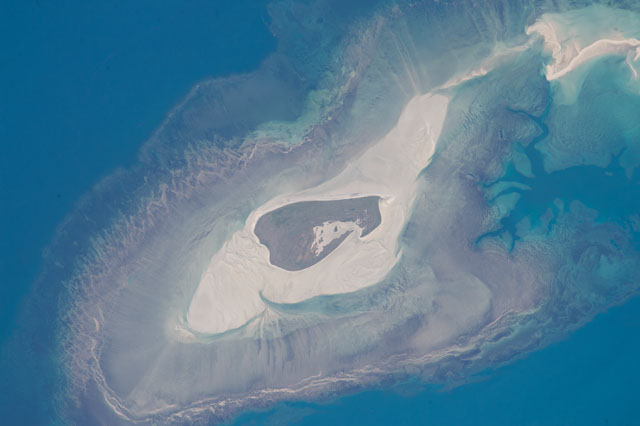 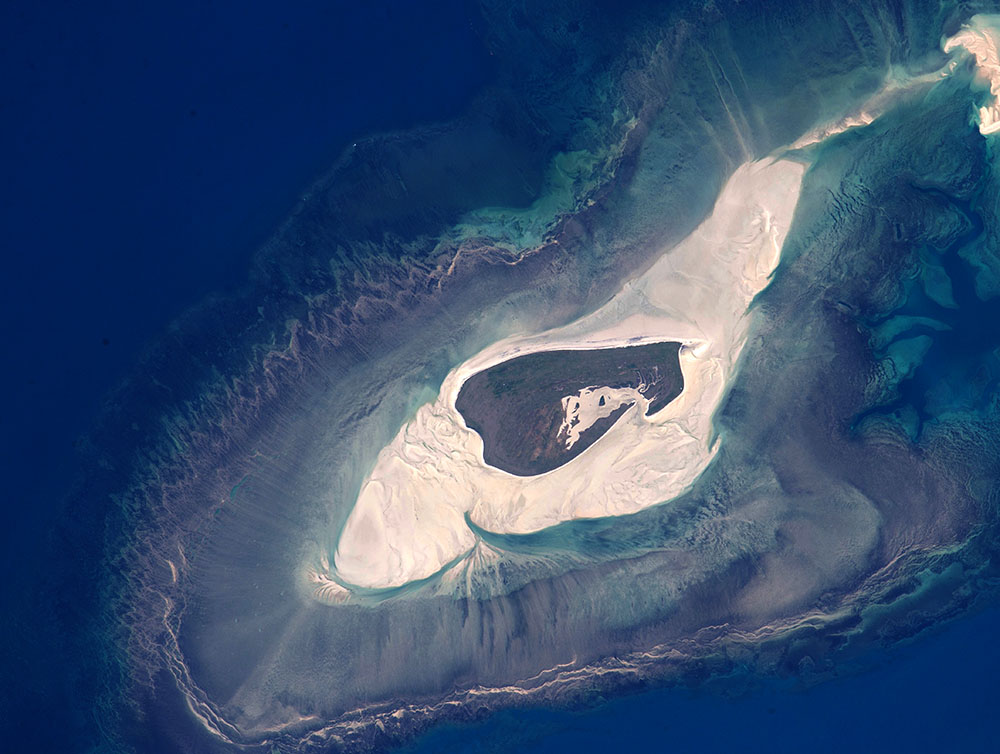 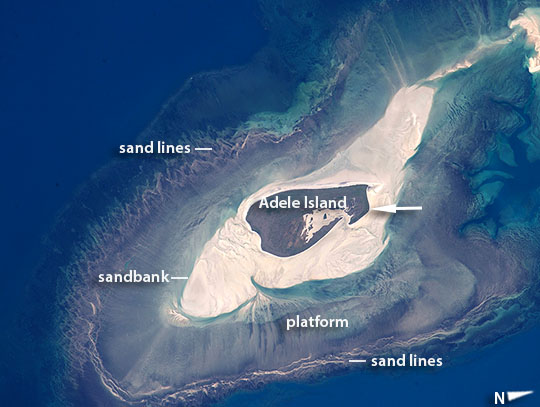 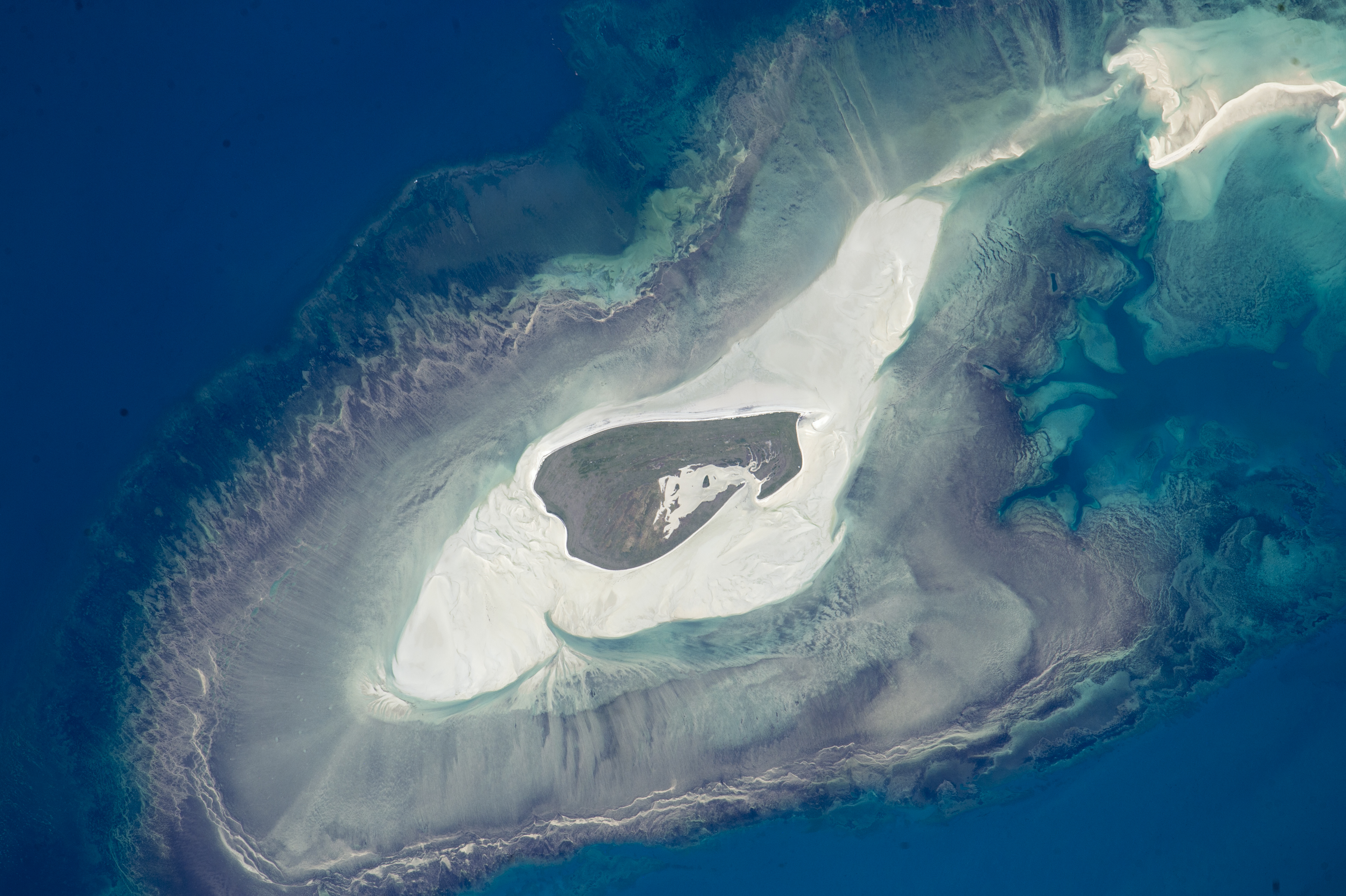 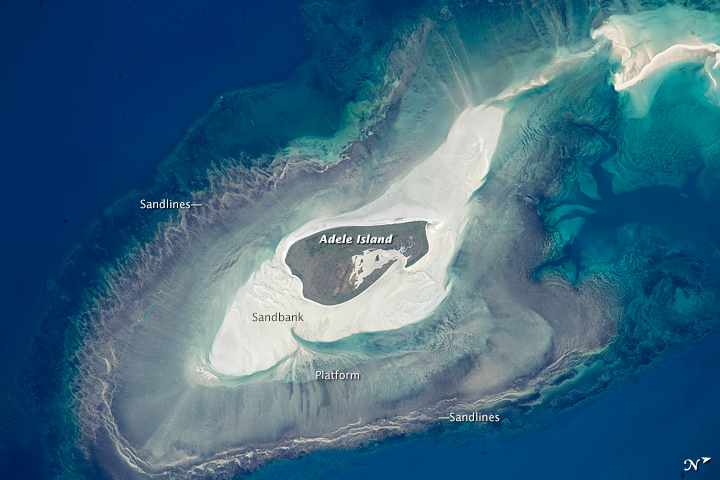 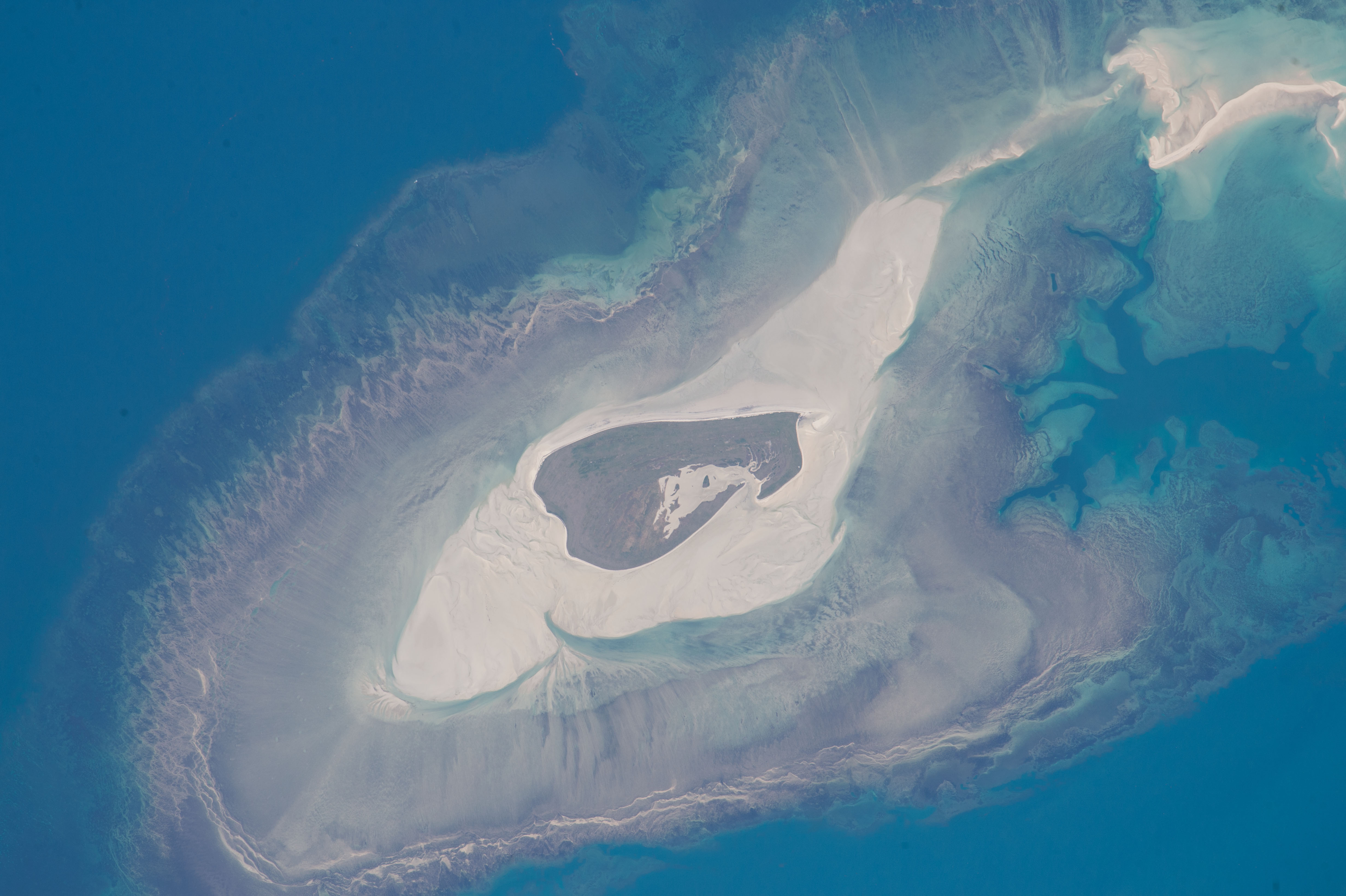 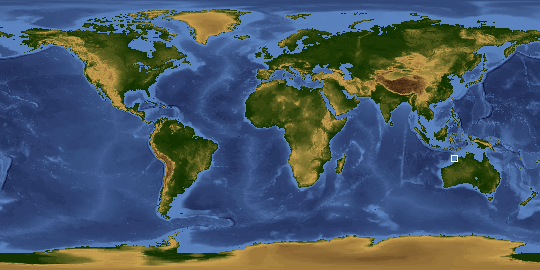 Astronauts aboard the International Space Station took this detailed image of a tiny island with many concentric zones around it. Adele Island, off Australia's north coast, is only 2.9 km (2 mi) long, but the entire tidal zone with all the concentric zones is 24.5 km (15.2 mi) long, surrounded by extensive sandbanks in the tidally exposed area. The modern island is the dark central area, made up of a series of beach ridges built by sands from the surrounding sandbank during storms. The highest point is little more than 12 feet above sea level on this grassy but treeless island. A solar-powered lighthouse appears as a tiny white dot in the high-resolution image at the north tip of the island (arrowed). The island has been classified as an Important Bird Area because it is a breeding site of world importance for Lesser Frigatebirds and three other species. Efforts are under way to clear the island of Polynesian rats that are a constant threat to the seabirds.

Shallow water surrounding the island is light blue, compared with the deeper open ocean (upper left, lower right). During times of low sea level (repeatedly during the glacial stages of the past 1.7 million years), the entire platform and surrounding zones would have been dry ground--so that astronauts would have seen a much larger island occupying all of the image.

Lines on the wide platform around the island, at right angles to the shoreline, are the probably produced by the high tides (~20 feet, 6.3 m at nearby Browse Island), as water floods towards the island, and then ebbs back out to sea -- a "radial" pattern common on islands in this part of the world. Wave and tide movements give different sand patterns on opposite sides of Adele Island probably because of very different slopes. The steeper eastern shore shows tightly packed parallel lines of white sand (bottom of the image), perhaps as a result of wave action concentrated in a narrow zone on this steep slope. The same sandy material displays a V-shaped pattern on the west side (image top left) possibly due to greater in-out tidal movements on this gentler slope.