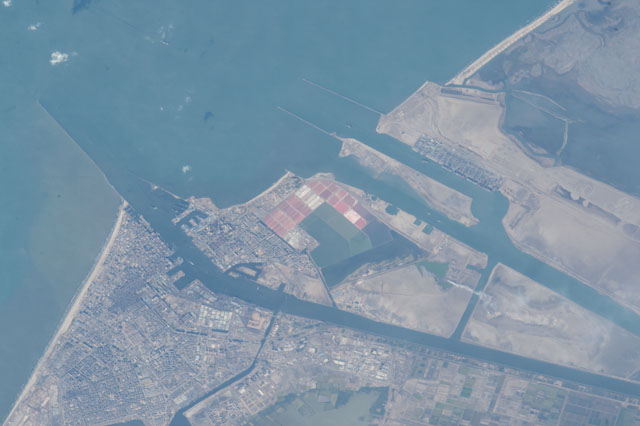 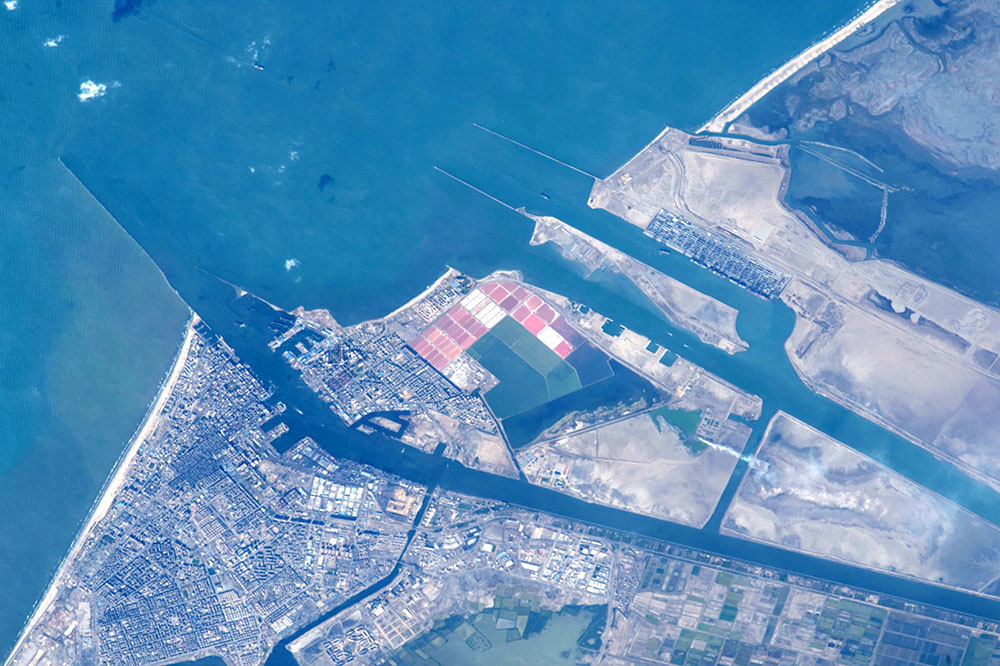 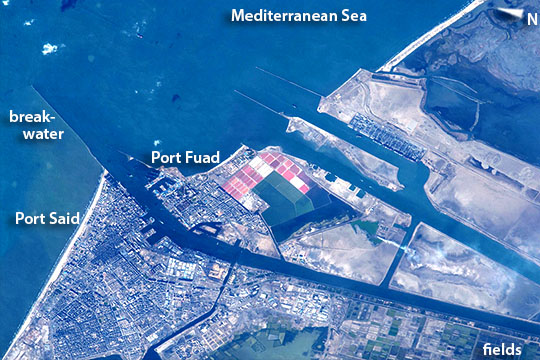 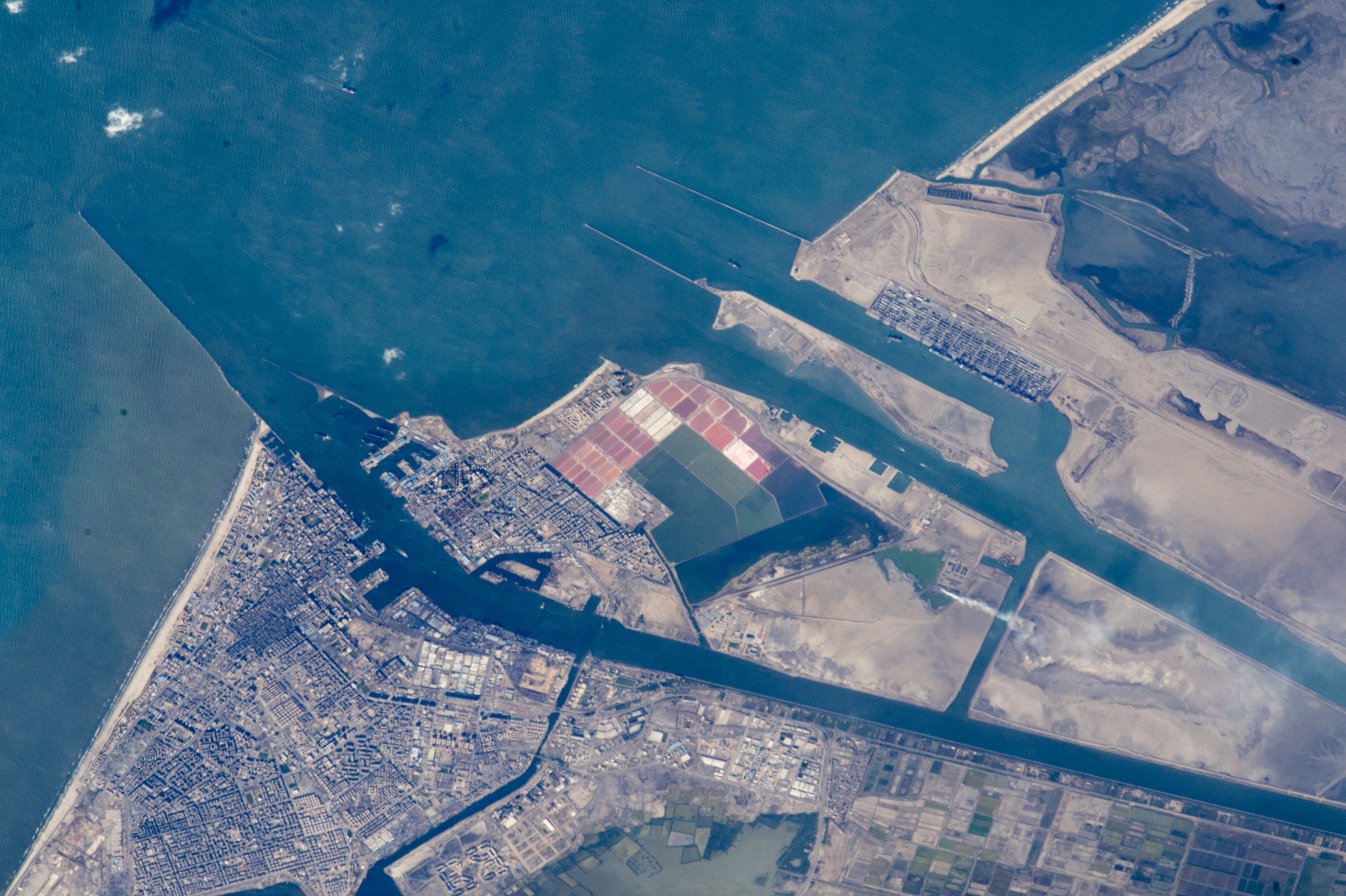 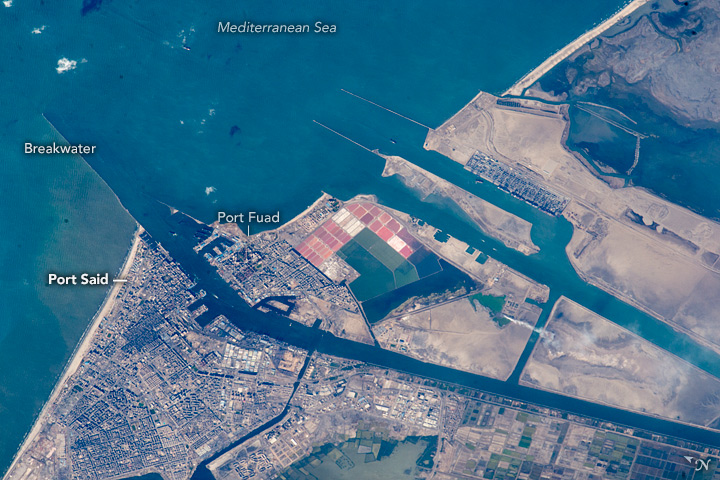 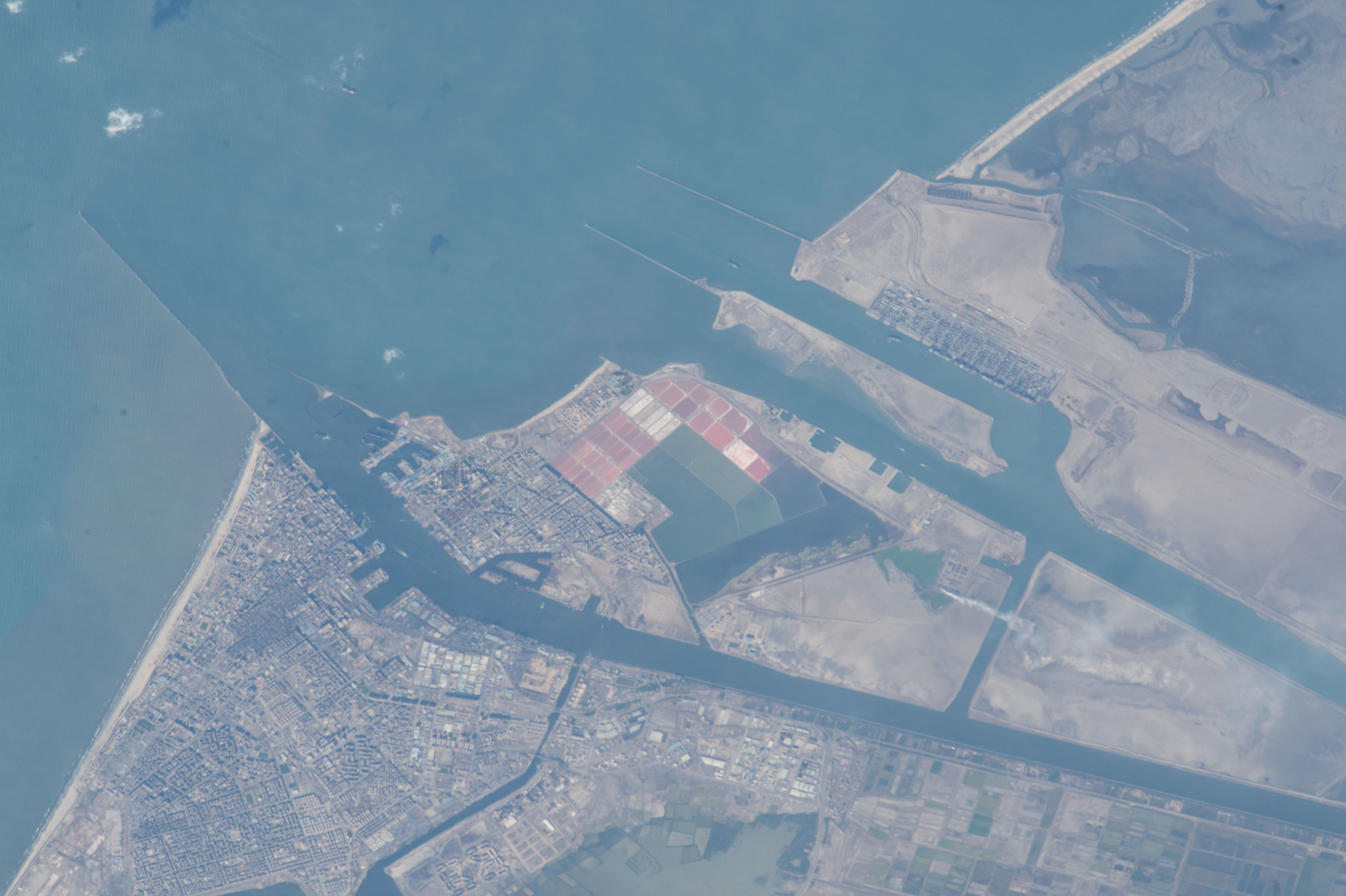 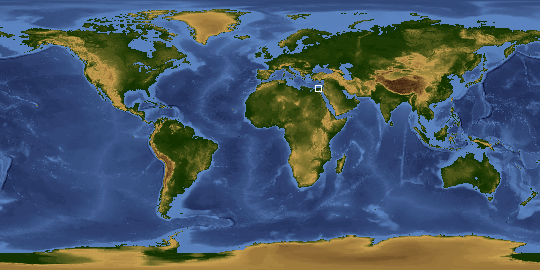 With a powerful lens, an astronaut aboard the International Space Station photographed the detail of the north end of the Suez Canal, with the city centers and port facilities of Port Said and Port Fuad (image left center). The angular shapes of docks can be seen where local ship traffic can take on and discharge cargo. The long breakwater (image left) protects shipping entering the canal from the prevailing westerly winds and waves. Muddy, light-brown water from the Nile delta (out of the image left) banks up against the west side of the breakwater (left margin of the image).

Both ports lie on the west fork of the canal. The east fork (image right) was specifically built to allow ships on long hauls--typically between Europe via the Mediterranean Sea and Asia--to avoid congestion at the west-fork ports. In 2014 Egypt announced plans to dig another canal parallel with the present canal to further ease congestion, because canal tolls provide much needed foreign exchange for Egypt. Present plans however only include a parallel canal covering half the 100 mile (160 km) length of the canal.