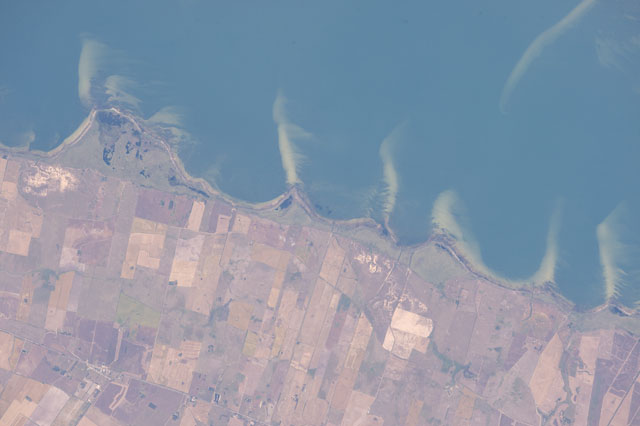 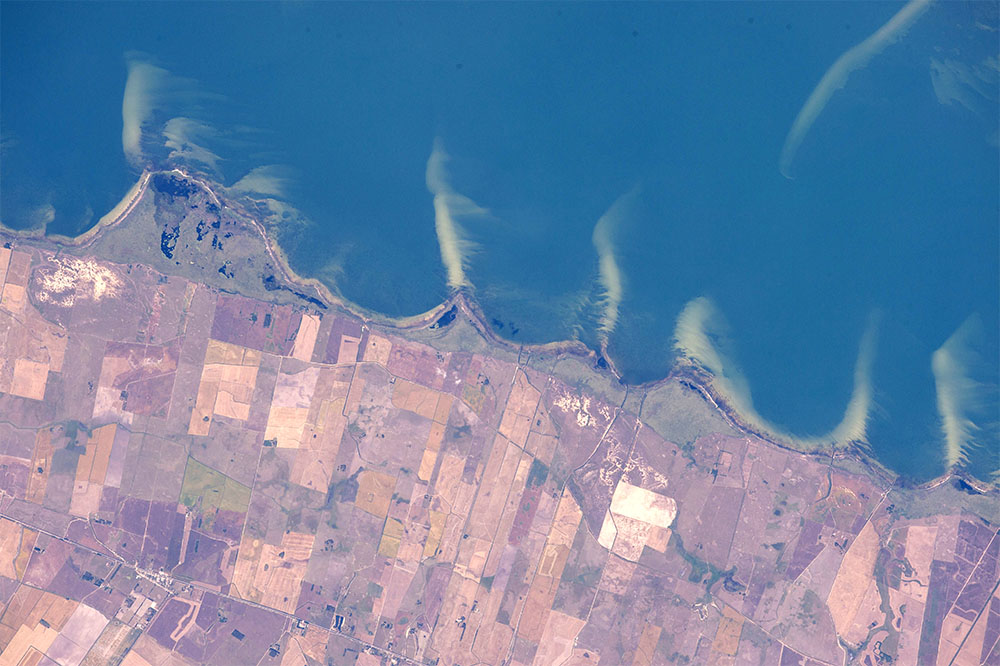 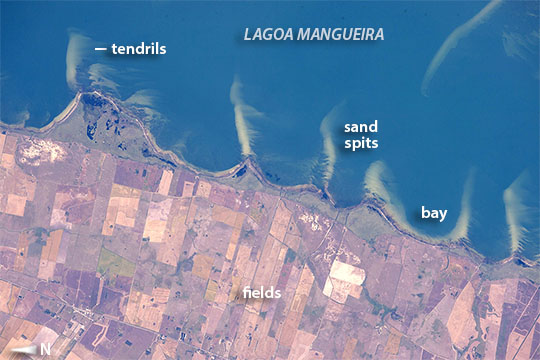 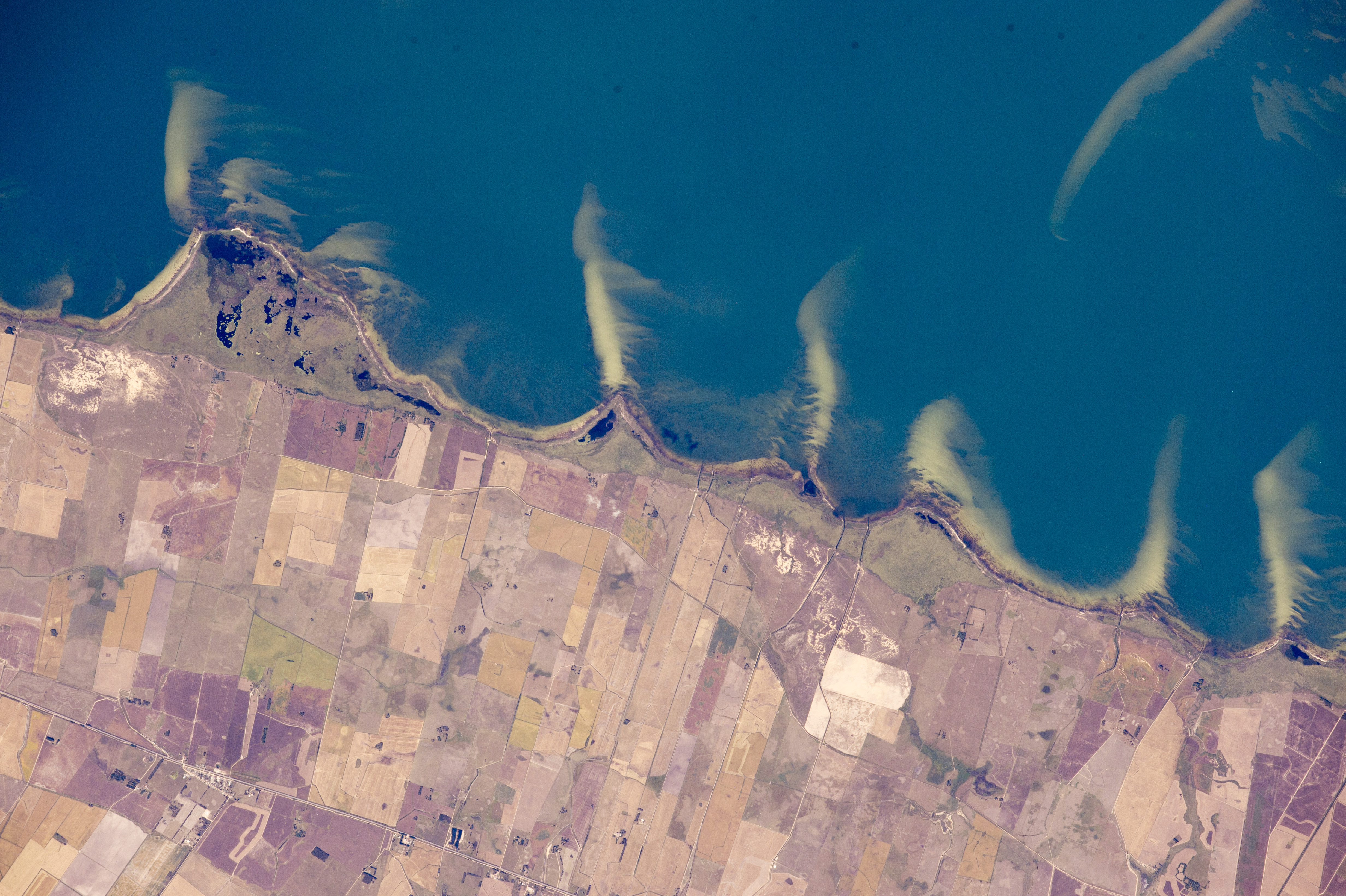 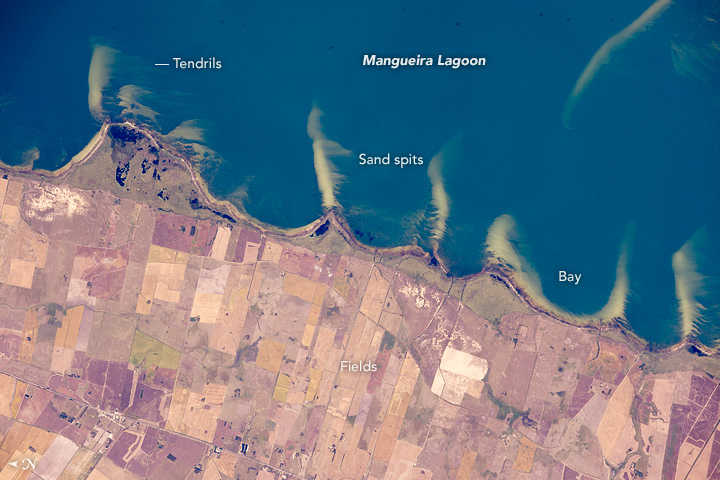 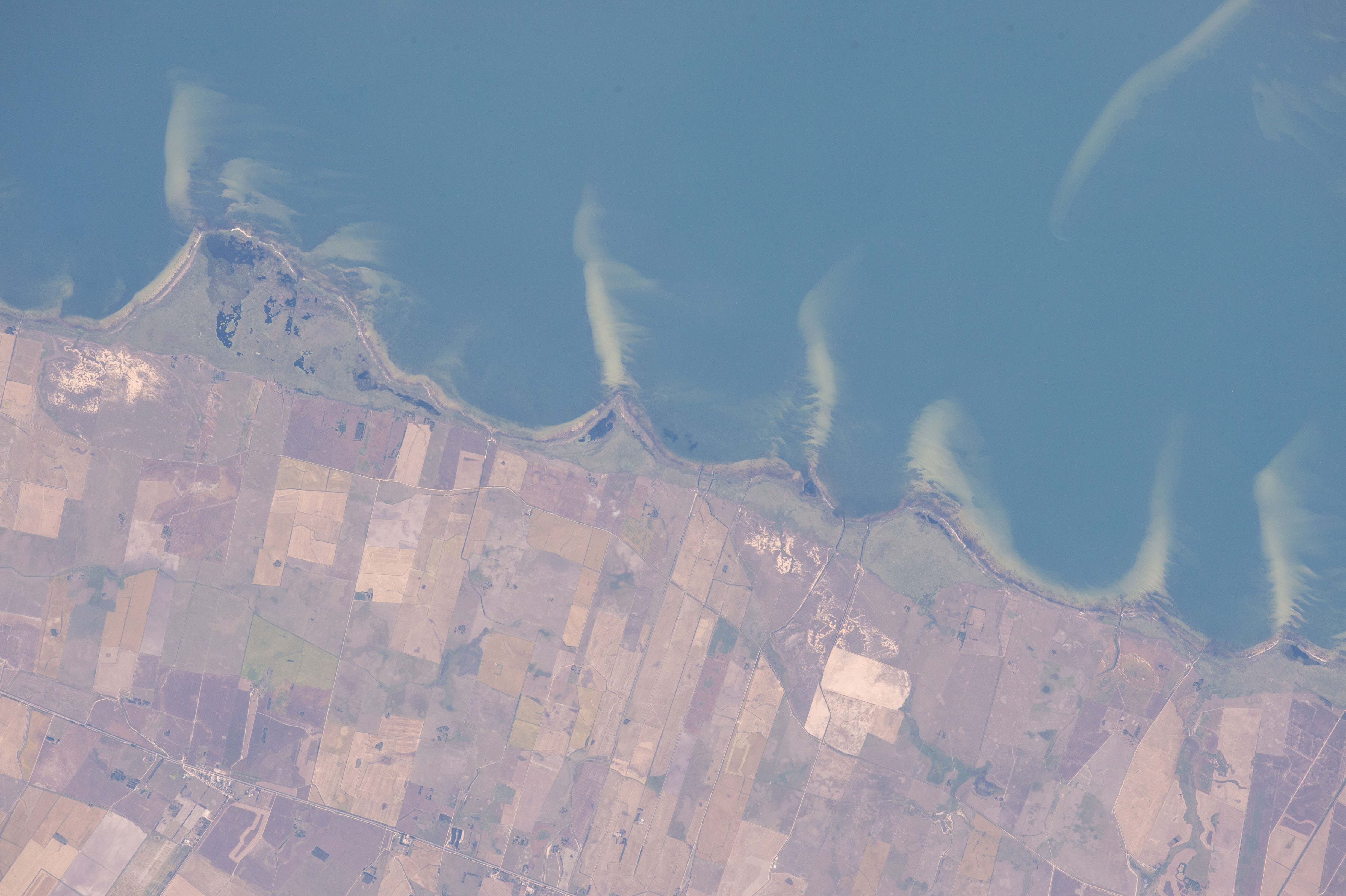 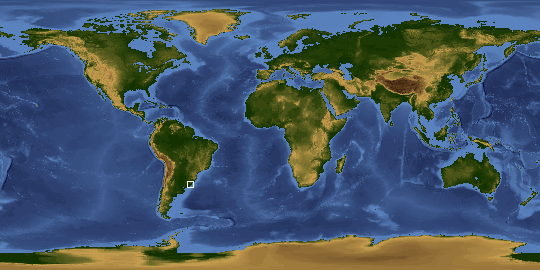 While in orbit over the Brazilian coast and looking down directly at coastal features, astronauts aboard the International Space Station took this detailed image of Brazil's famous coastal lagoons. This view showing a short 20-km stretch of a lagoon shoreline is focused on the pointed sand spits jutting into waters of Mangueira lagoon. The ends of the spits are under water, growing less visible with increasing water depth.

The crew had flown a similar orbit track a week earlier taking panoramic shots (with small Lagoa Mangueira cut by the lower right margin), perhaps in "discovery mode," looking for features that might be worth tighter shots, like the one shown here, later in the Expedition.

The spits and bays between have a somewhat regular spacing, at least in geological terms. They are created as lagoon water slowly circulates, driven by persistent sea breezes (from the east, or top of the image). The water washes into the bays then curves back out into the lagoon carrying sand eroded from the bay shorelines. This sand is deposited as the tight, tan-colored lines we see today as spits. The "cells" of circulating water tend to be the same size, depending on water depth, dominant wind strength and the amount of sand available--and the cells translate into spits at roughly regular intervals.

A single spit, whose origin is less clear, is visible beneath the water surface near the opposite side of this shallow lagoon (image top right). Detail in the image shows that strong winds from the north (left to right) have swept sand into many thin tendrils on the south side of all the spits.

Regularly spaced spits form in many parts of the world. An example of larger spits is depicted in this image of the coast of the Sea of Azov in southern Ukraine (ISS039-E-20173).