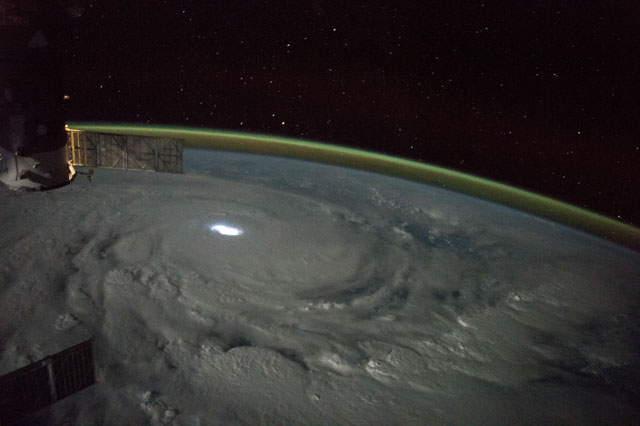 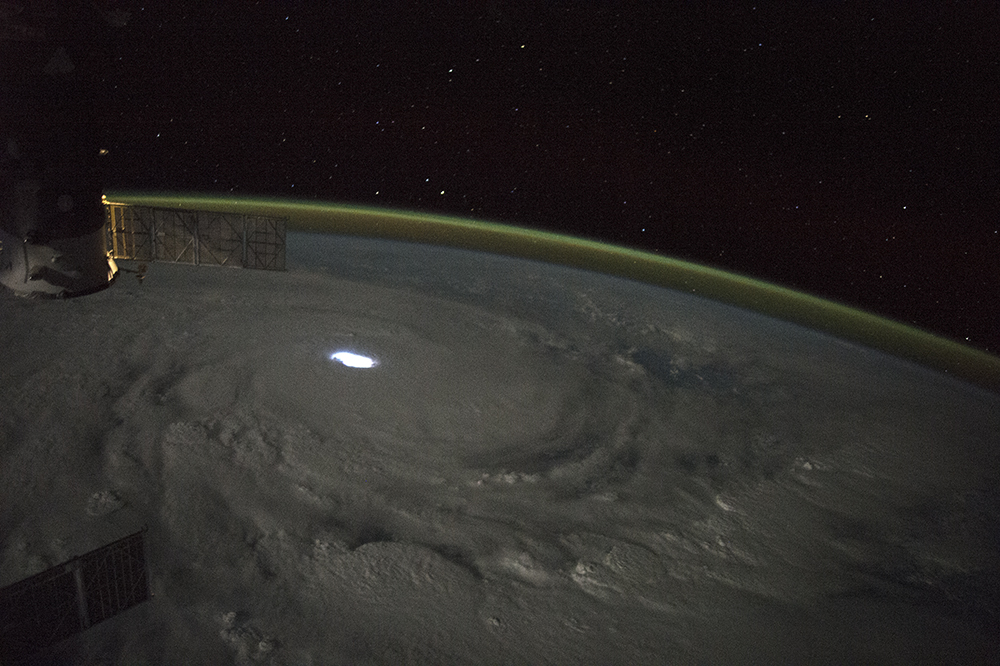 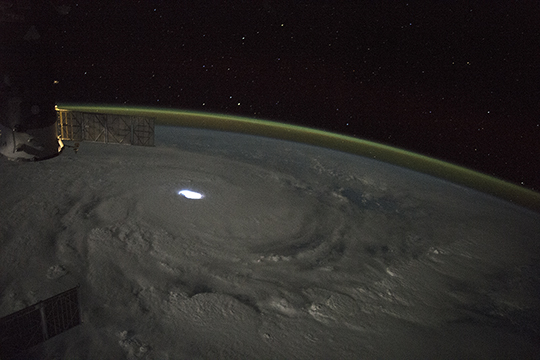 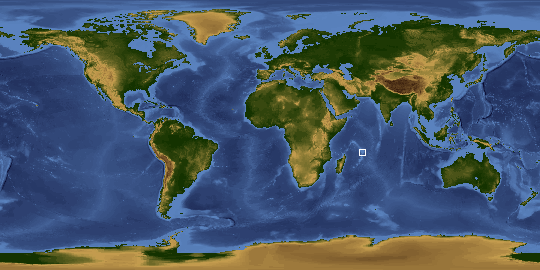 Though this image may look like something from a science fiction movie, it is in fact an astronaut photograph of Tropical Cyclone Bansi as seen at night from the International Space Station (ISS). The image was taken when the ISS was east of Madagascar. Bansi formed in the southwestern Indian Ocean on January 11, 2015, and by the time this image was taken the following day it had achieved tropical storm strength, with sustained maximum winds over 185 km/hour. The storm would reach Category 4 strength before becoming a weak extra-tropical system by January 19.

The dim swirl of the cloud bands covers the ocean surface in this night image. The eye of the cyclone is brilliantly lit by lightning in or near the eye wall. The low-light settings of the camera used to take the image accentuate the contrast. The camera also accentuates the yellow-green airglow above the Earth's limb, an atmospheric phenomenon frequently seen by astronauts. Stars appear above the airglow layer, and a docked Russian spacecraft juts into the image upper left.