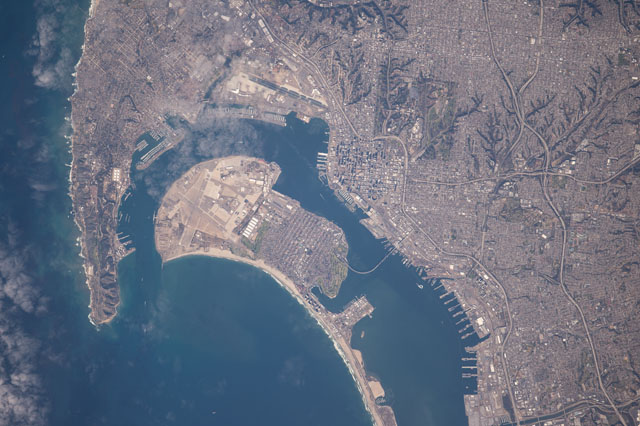 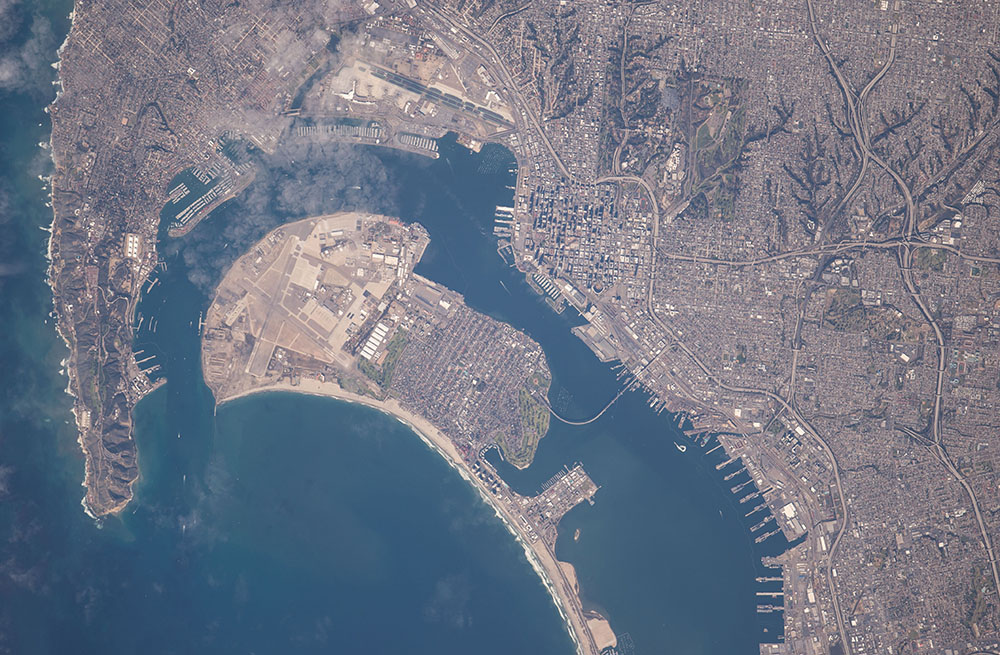 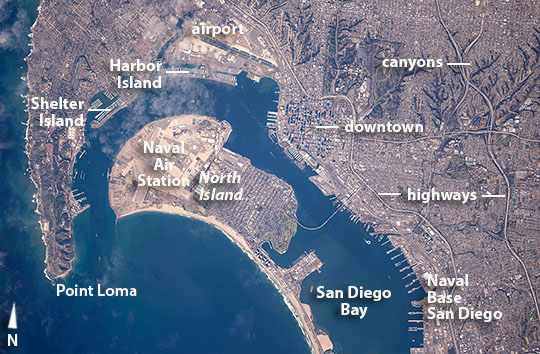 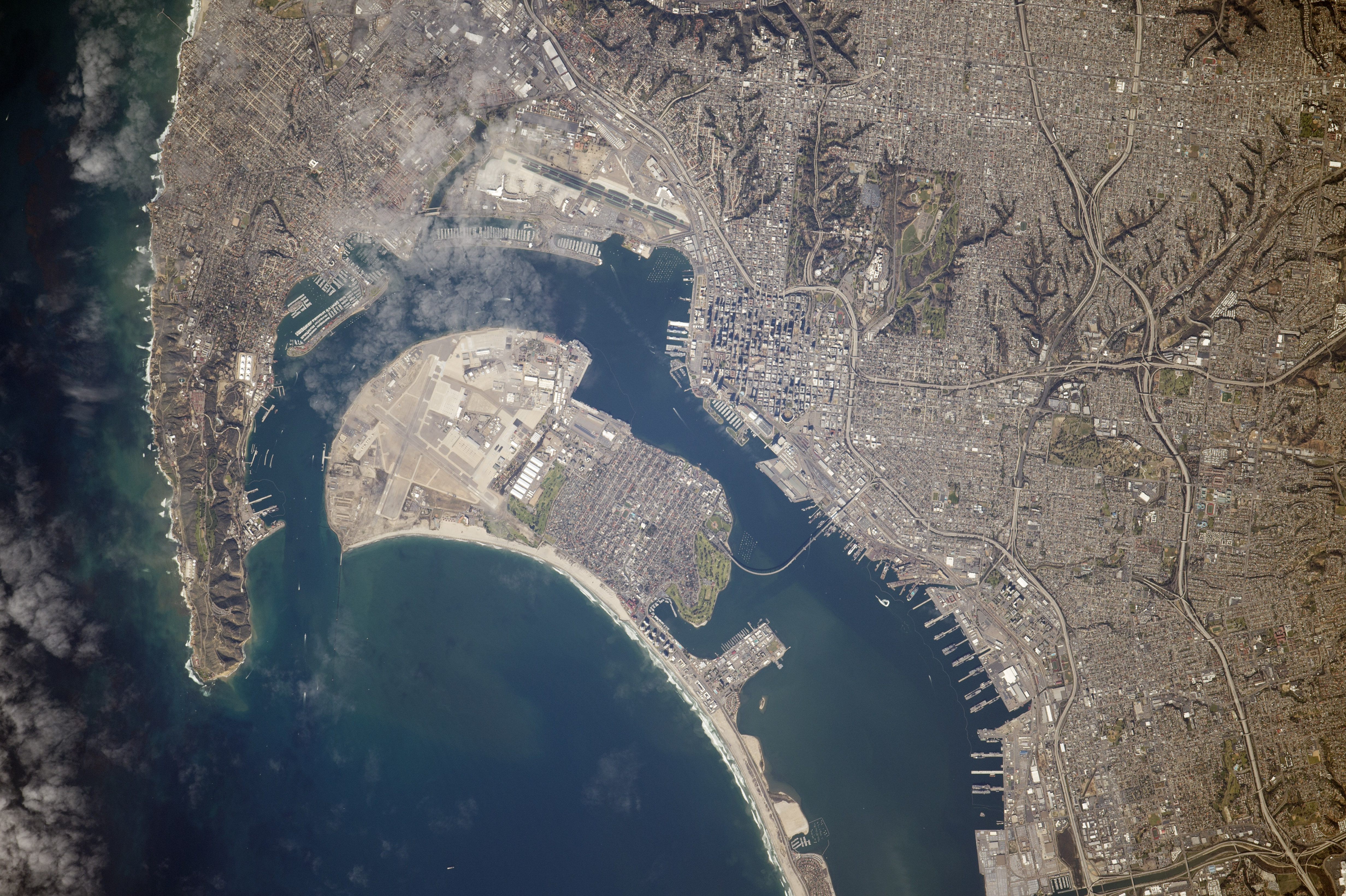 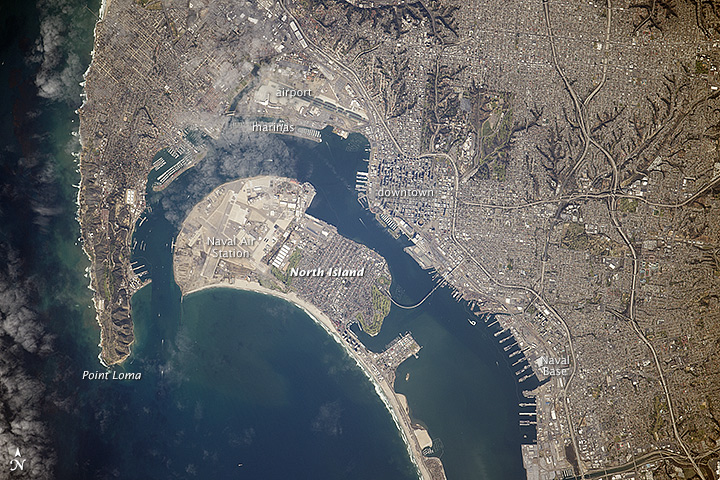 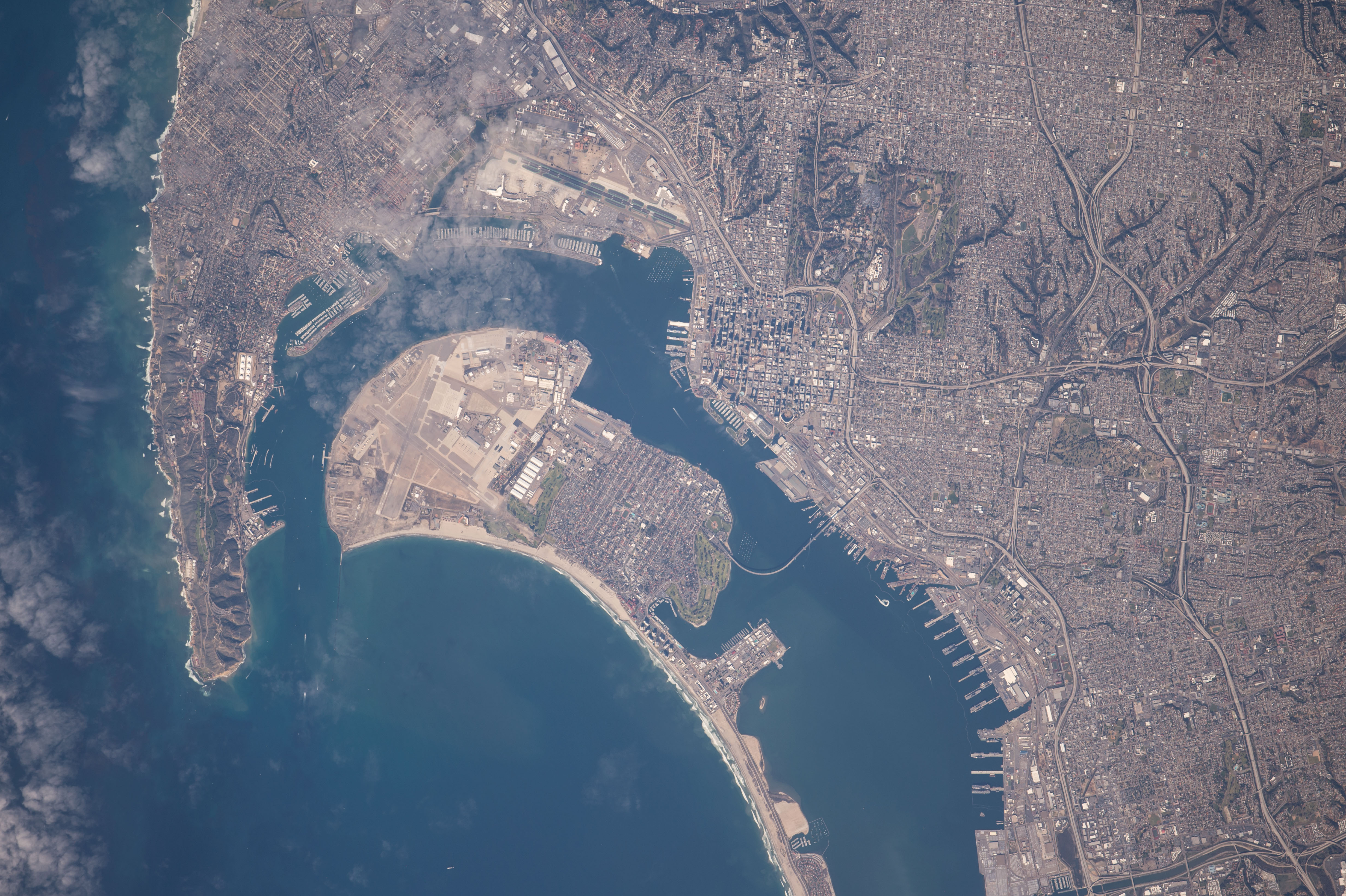 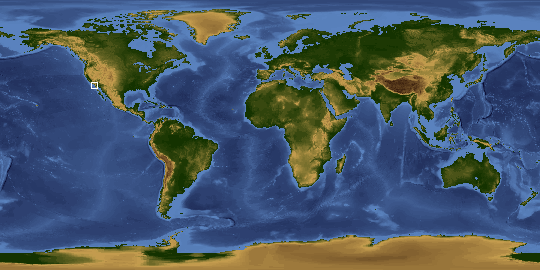 Astronauts flying in the International Space Station took this detailed image of California's southernmost coastal city that occupies all the land area in this image. The mouth of San Diego Bay (image left), between North Island and the Point Loma peninsula is just over a kilometer wide. Despite some thin cloud visible over the recurved bay, the image shows port facilities and the San Diego International Airport near the bay (image upper margin) in excellent detail. The characteristically curved Coronado peninsula (also termed North Island, image center) is a well-known landmark for astronauts, and is home to the Naval Air Station North Island, the largest aerospace employer in San Diego. The US West Coast fleet is based further up the bay at Naval Base San Diego, whose thirteen very long piers host the naval ships. Numerous civilian pleasure craft occupy the piers at Shelter Island near the mouth of the bay and at Harbor Island next to the International airport.
Shadows mark the downtown high-rise buildings in this midday shot. Further inland, in the landscapes dominated by suburban dwellings, only the finger-like network of canyon cliffs cast shadows. The local interstate highway arcs around the city center, with several other highway curves visible in this regularly-gridded urban landscape. The San Diego-Coronado Bay Bridge links the mainland to the peninsula. The rocky coast near Point Loma (image upper left) is jagged by comparison to the smooth curve of the sandy beach (lower part of the image).