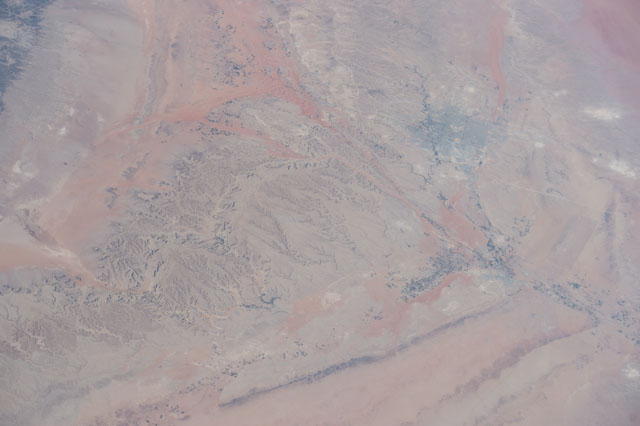 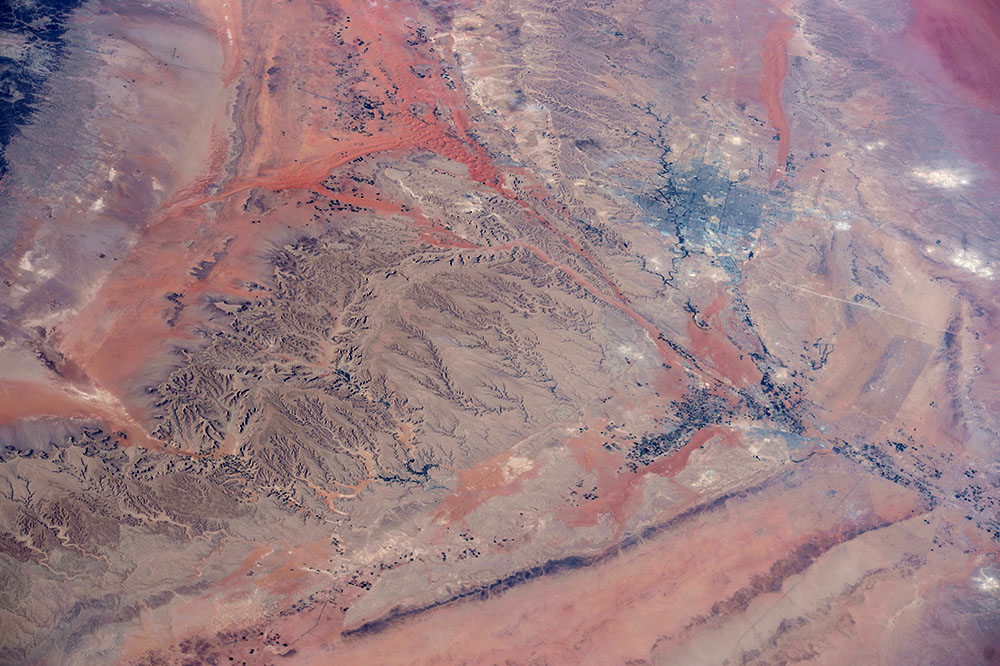 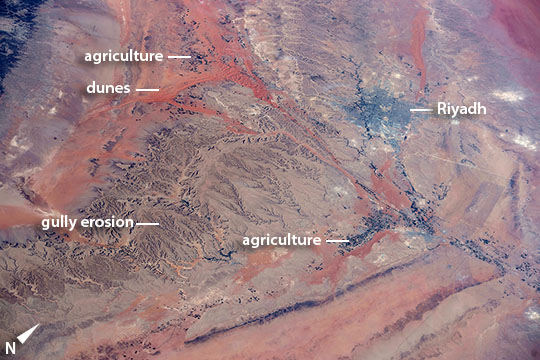 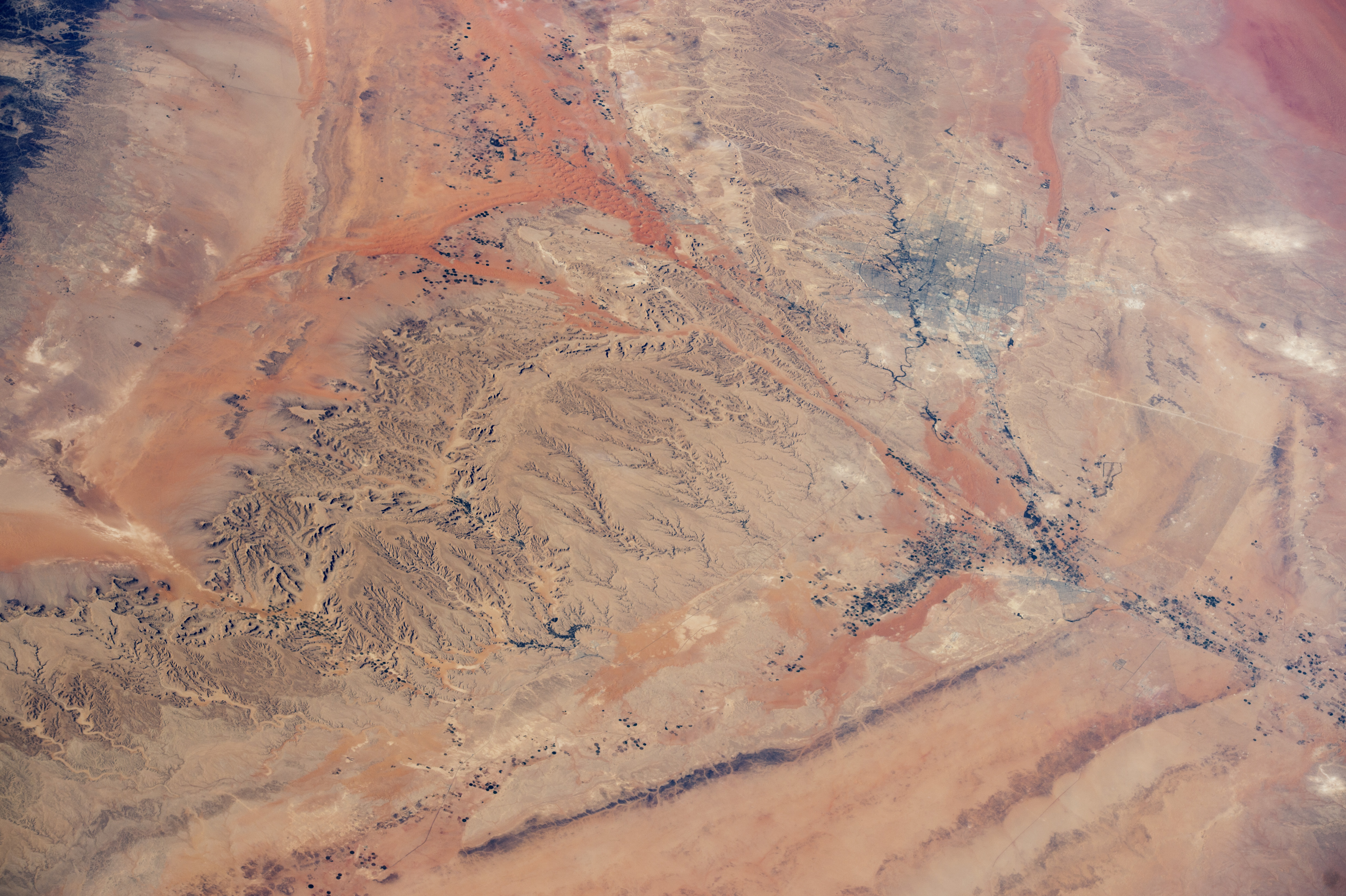 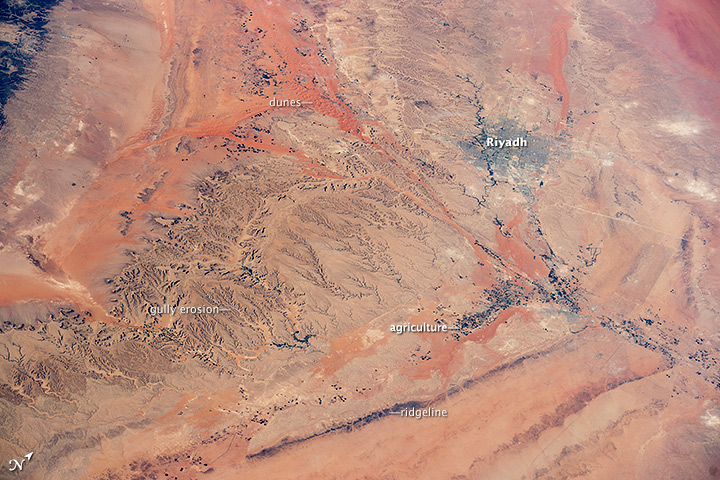 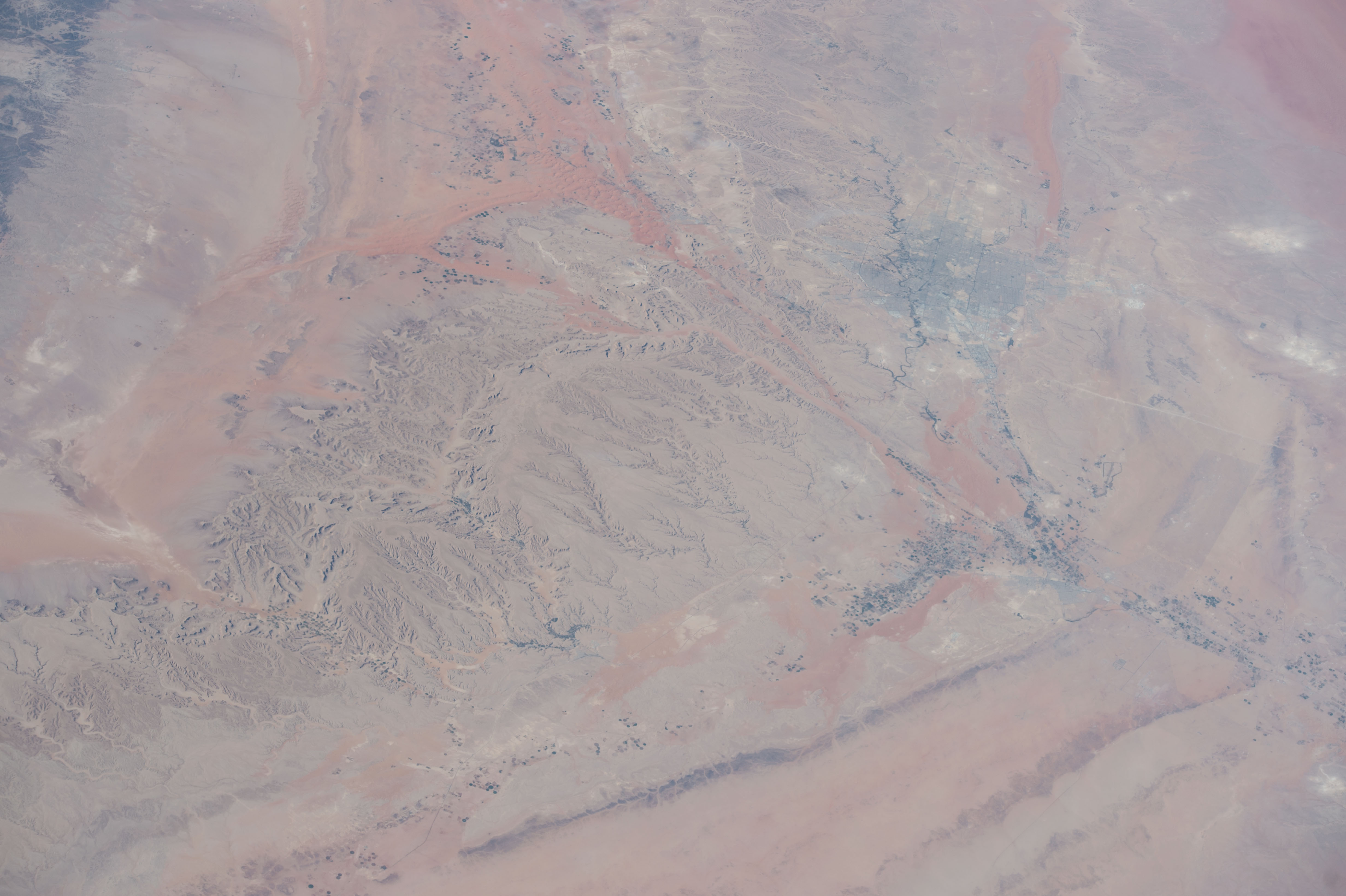 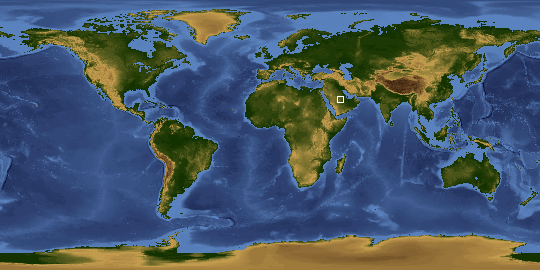 Astronauts aboard the International Space Station took this photograph when the desert center of Arabia was partly obscured by a dusty atmosphere. With slight image enhancement, a wealth of detail appears--most strikingly, the swaths of red dunes, the straight lines of rock ridges, and the city of Riyadh (capital of Saudi Arabia).

Riyadh means "The Gardens," which aptly explains why the greens of this urban region of 5.7 million people contrast with the dun (gray-brown) desert landscape. The dark stipple of crops is concentrated near ancient water courses, where underground water is more readily available for irrigation. The upper left of the image is dominated by the tracery of gully-eroded hillsides.