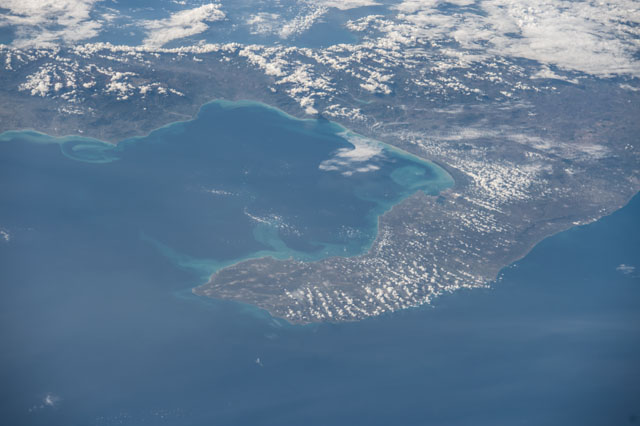 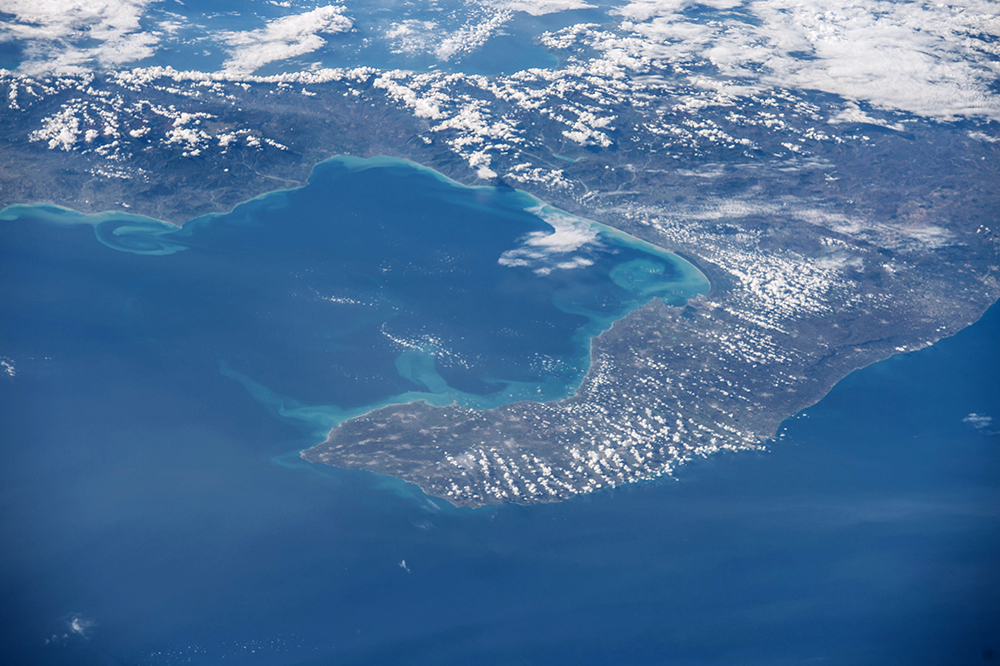 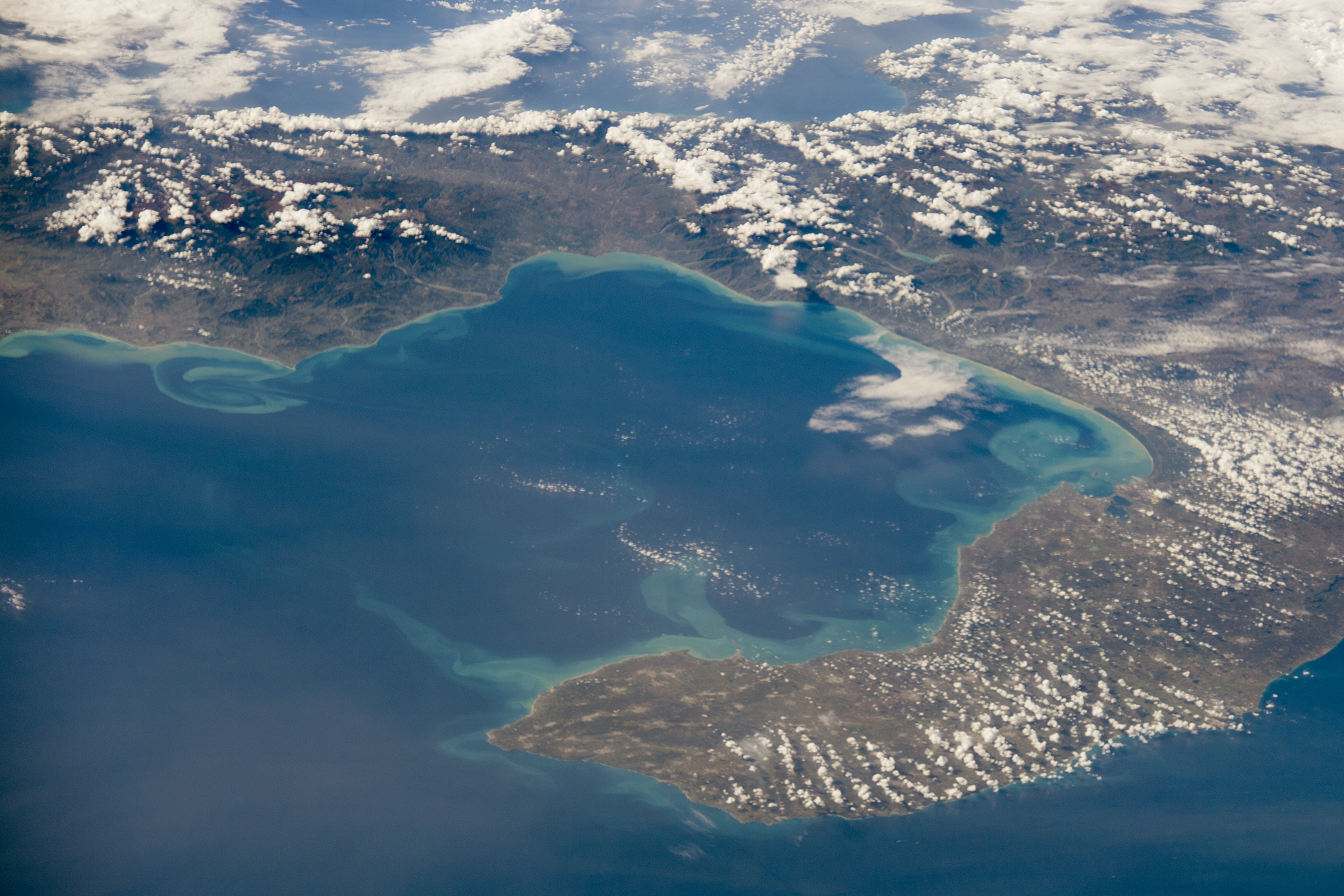 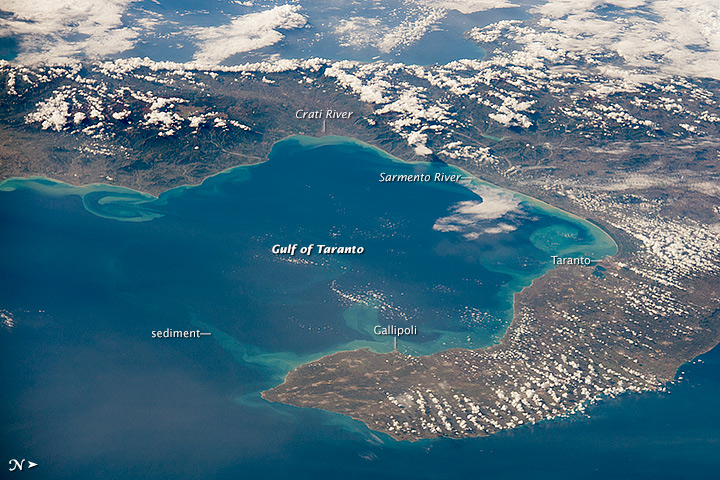 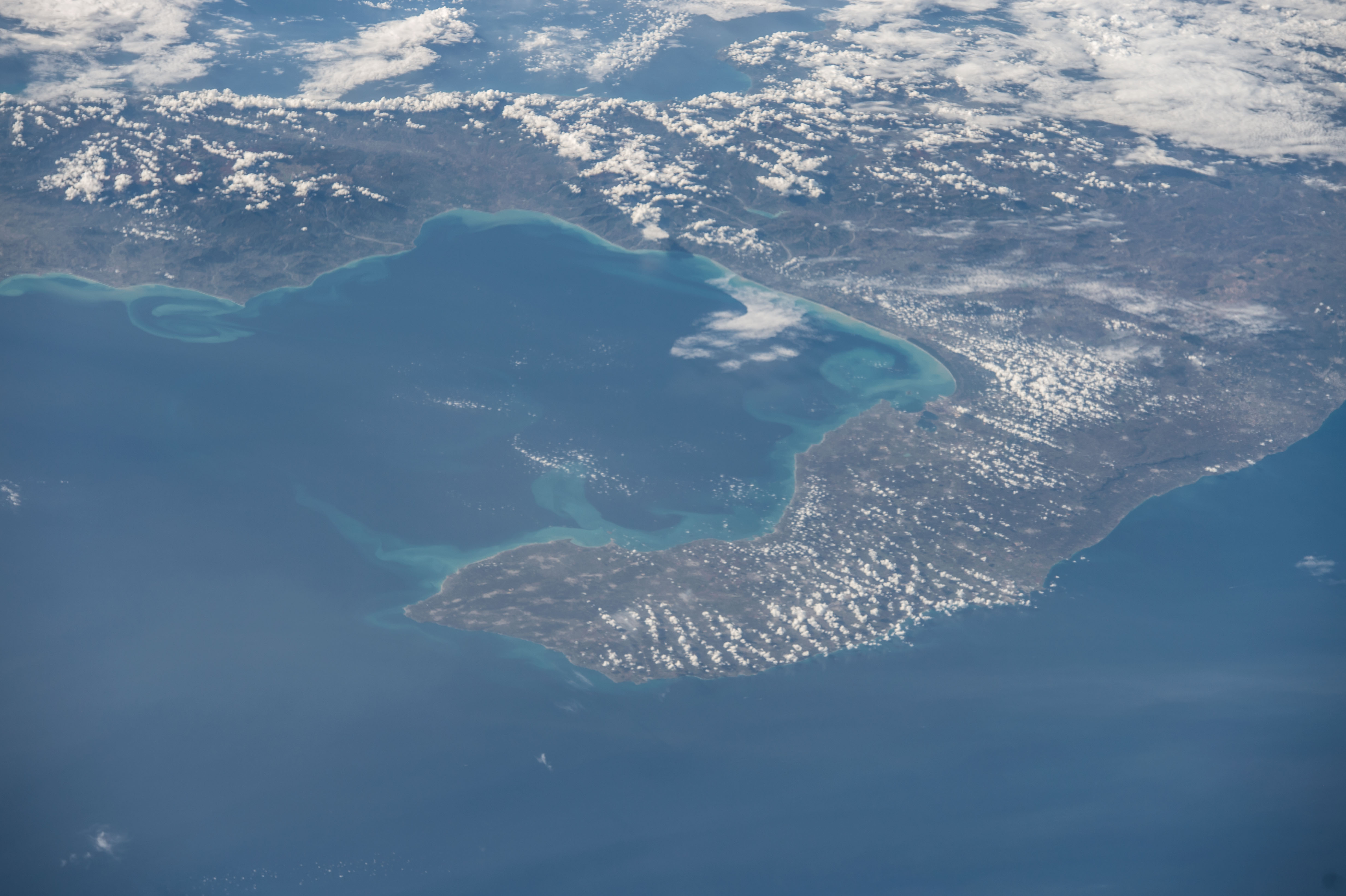 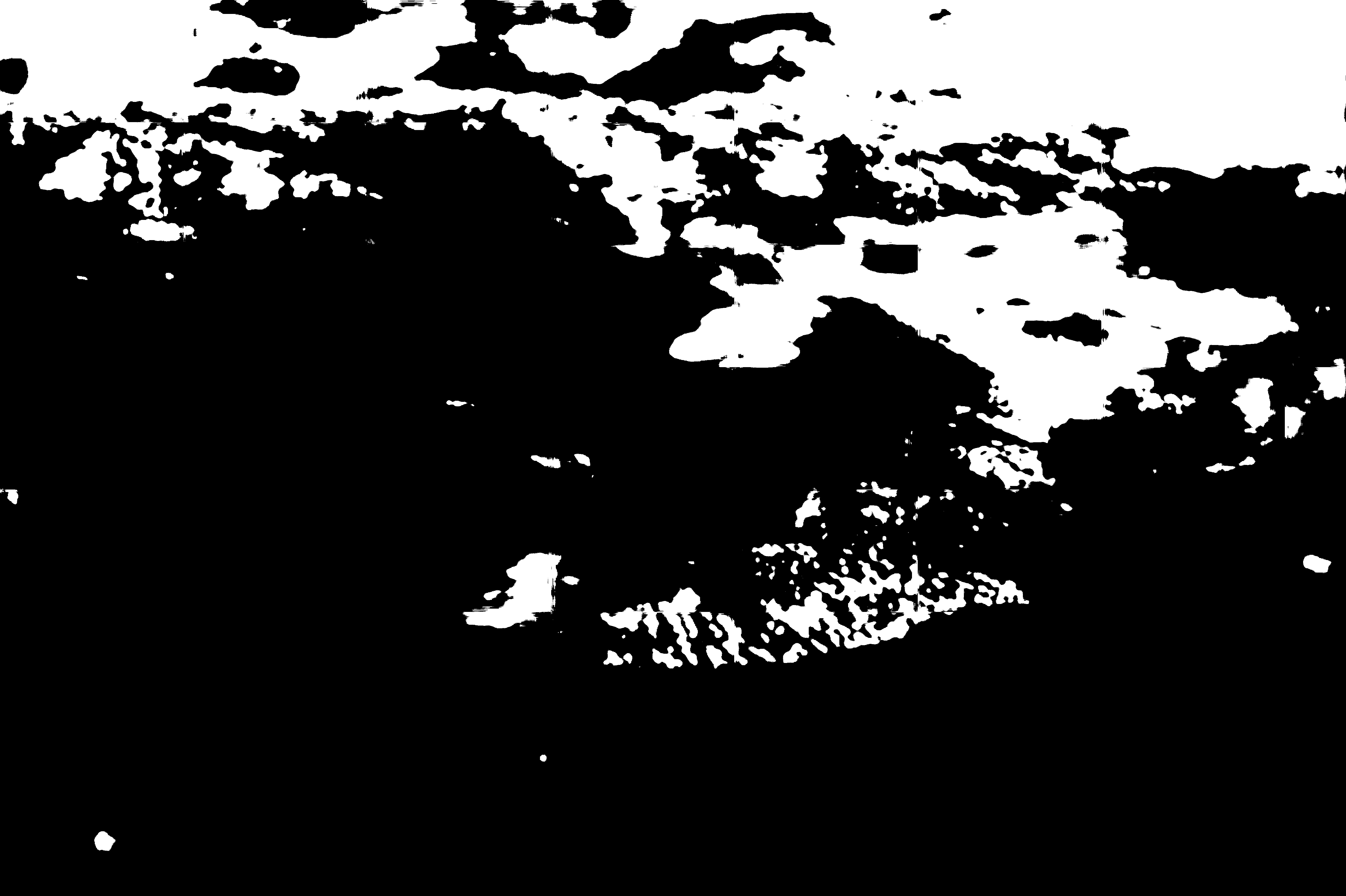 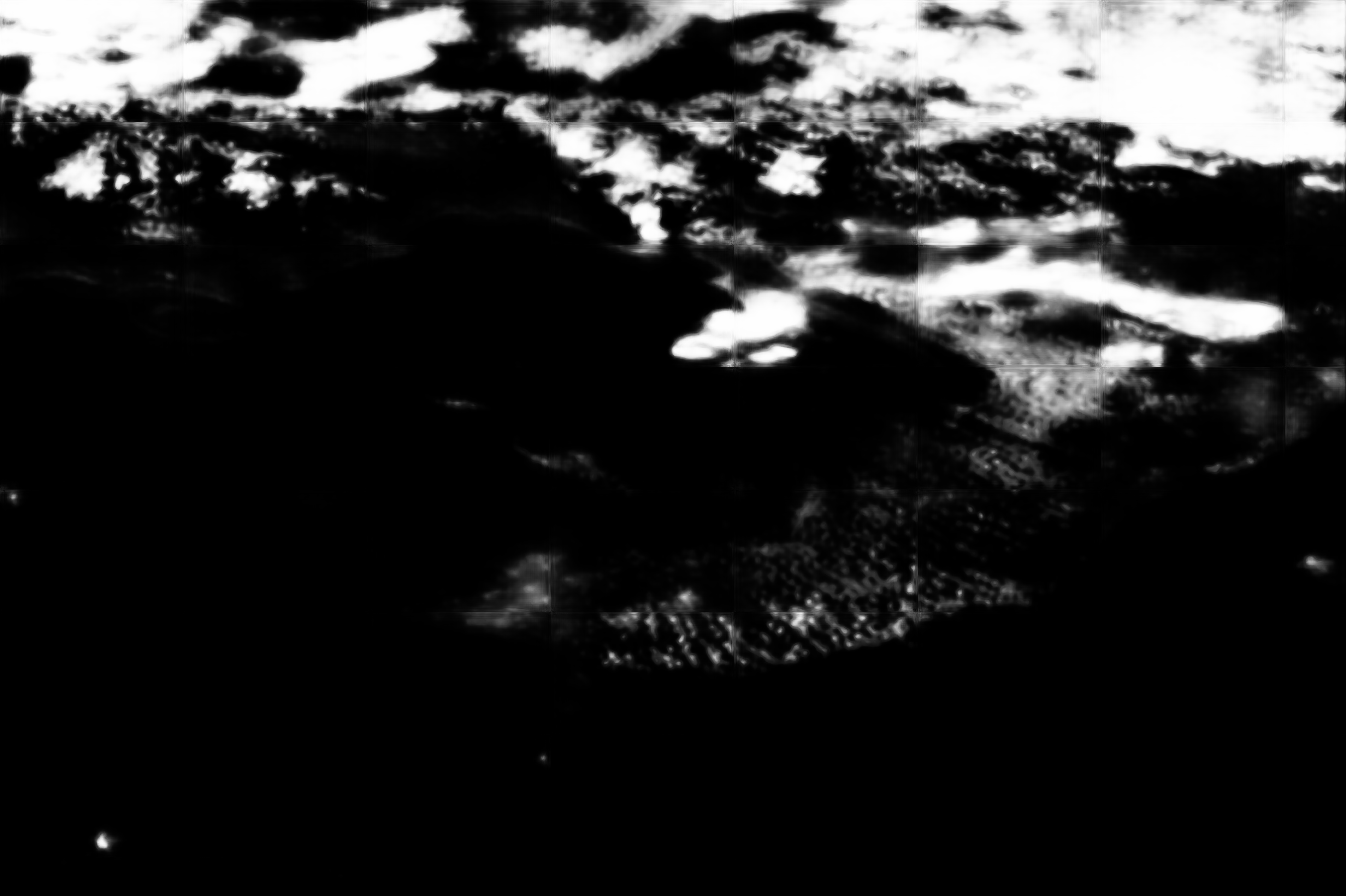 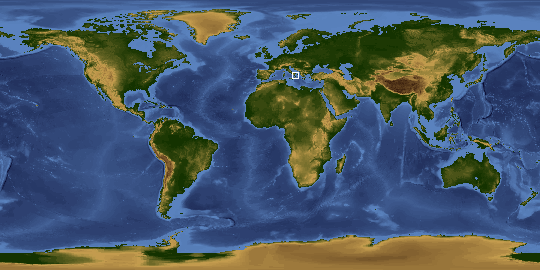 Astronauts aboard the International Space Station took this image of the Gulf of Taranto at the base of the boot of Italy. The Gulf of Taranto is roughly 140 km long and 140 km wide. The well-defined light blue swirls that hug the shorelines in the coastal waters could represent sediment introduced by local rivers or beach erosion, or they may be pollutants introduced from cities along the coastline. The tight sediment curl off the city of Taranto shows a clockwise water circulation and suggests that this major plume originates from one of the largest rivers flowing into the gulf (the Sarmento, image top right). But some contribution to the plumes seems to come from urban areas because the largest plumes are associated with the main city regions of the gulf, Taranto and Gallipoli, whereas the largest river, the Crati, gives rise only to a thin plume (image upper margin). Taranto is an important commercial and military port with steel and iron factories, oil refineries, chemical works, shipyards, and food-processing plants.