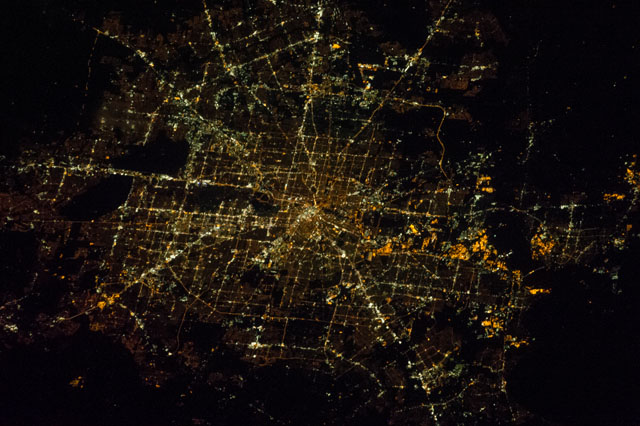 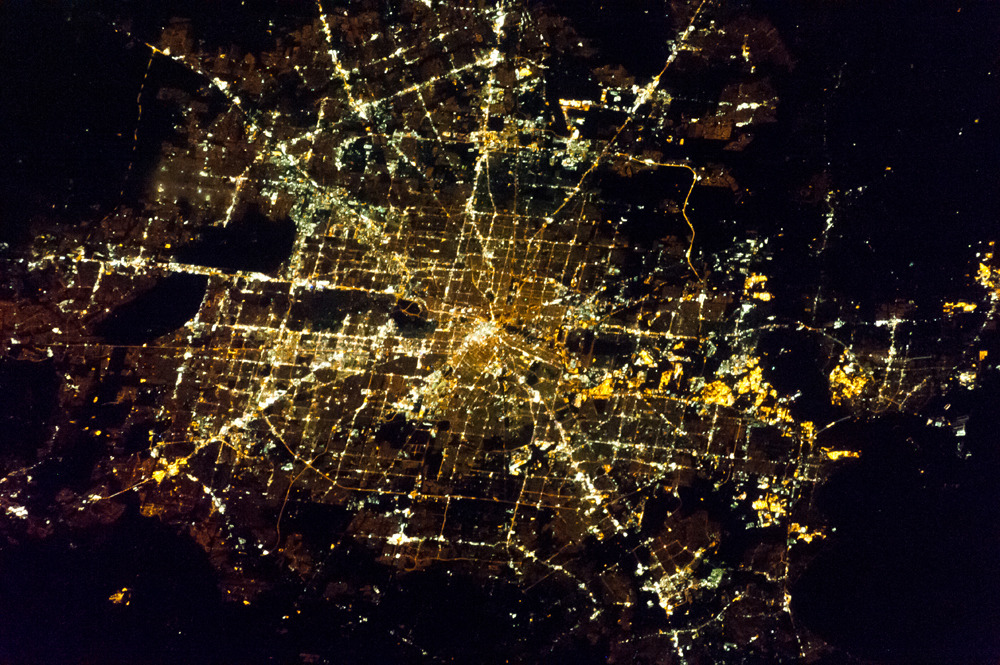 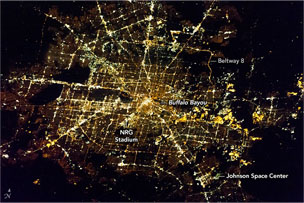 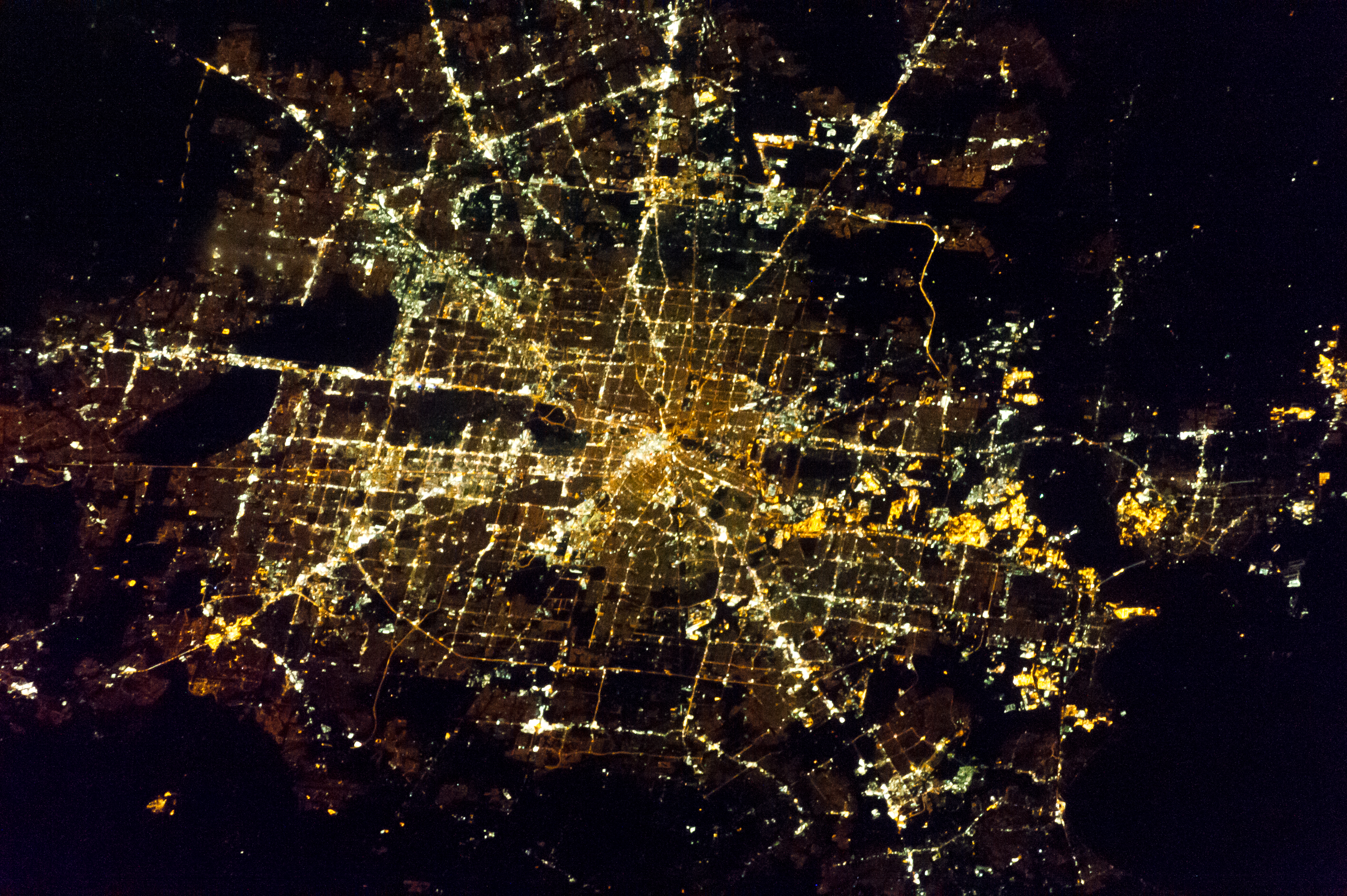 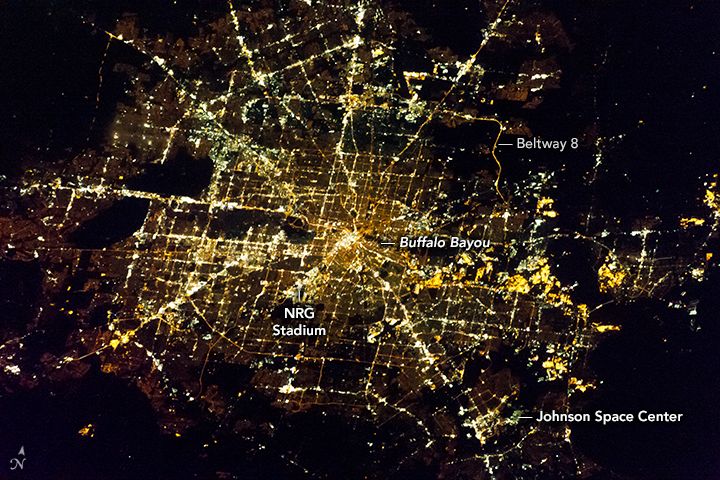 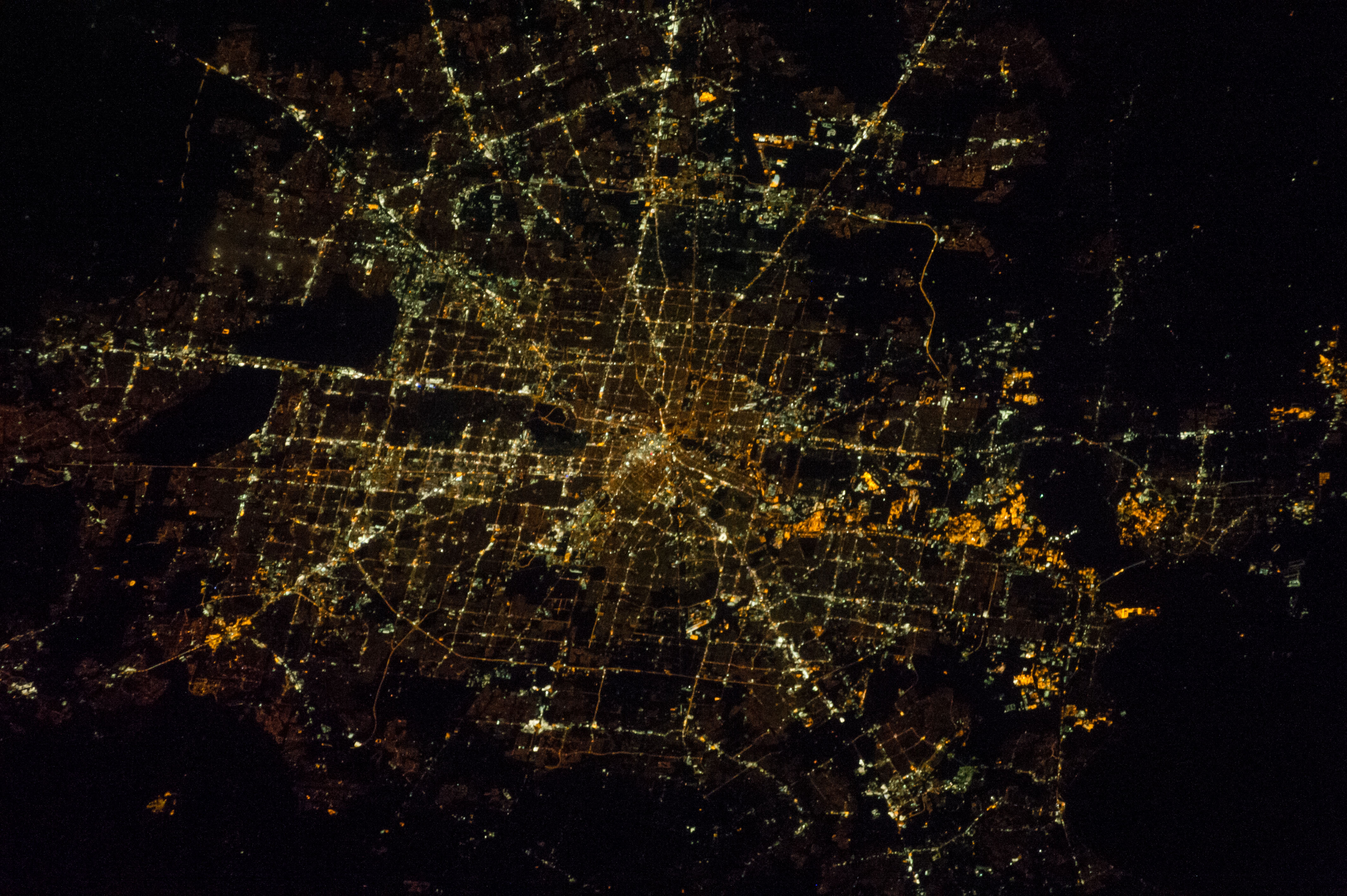 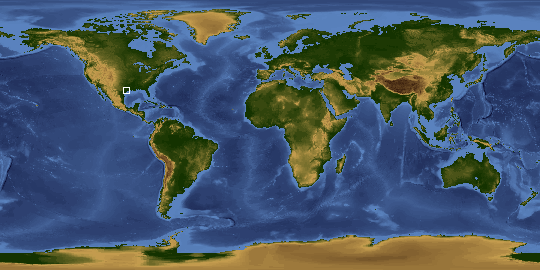 Houston at Night (in recognition of Super Bowl, 2017)

Houston, Texas, is about to become the center of the football universe.
Since September 2016, professional U.S. football teams have been vying to advance to the annual championship game. Two out of 32 teams remain, and on February 5, 2017, the New England Patriots will line up against the Atlanta Falcons at NRG Stadium for Super Bowl LI (51). It marks the third time that the National Football League has selected Houston to host the event.

The city lights of Houston, including the stadium, are visible in this photograph shot by an astronaut on August 9, 2014. At the time, the stadium had just recently been renamed NRG (previously Reliant). The names reflect the major role of energy resource industries in the city. Stadium lights will still shine even after a Super Bowl winner has been declared. The NFL's Houston Texans play there, and it is the site of other sporting events, concerts, and a rodeo.

Lights also shine from Johnson Space Center, a permanent hub of NASA's universe. On February 1, 2017, two American astronauts on the International Space Station called down to Johnson to welcome fans to Super Bowl festivities.
Elsewhere around the city, lights are especially noticeable along the Buffalo Bayou, which flows east through the city to Galveston Bay. The waterway is Houston's main drainage corridor, and has played an important role in the city's industrial and economic growth. The river itself is barely visible in this image; it is primarily discernable by the absence of light between dense clusters of light from refineries and other industrial sites along the shoreline.

City lights also reveal the geometric patterns of the city's roadways. Beltway 8 rings the city with 134 kilometers (83 miles) of pavement. Interstate 610 is the smaller loop that passes just south of NRG stadium. Major roads radiate like spokes from the central Houston, connecting the patchwork of business districts with urban and suburban areas.