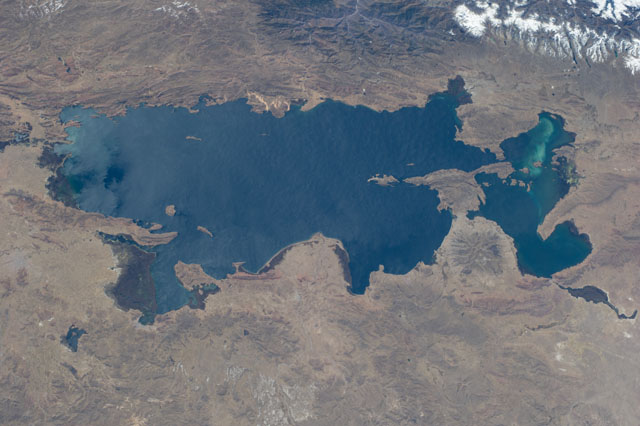 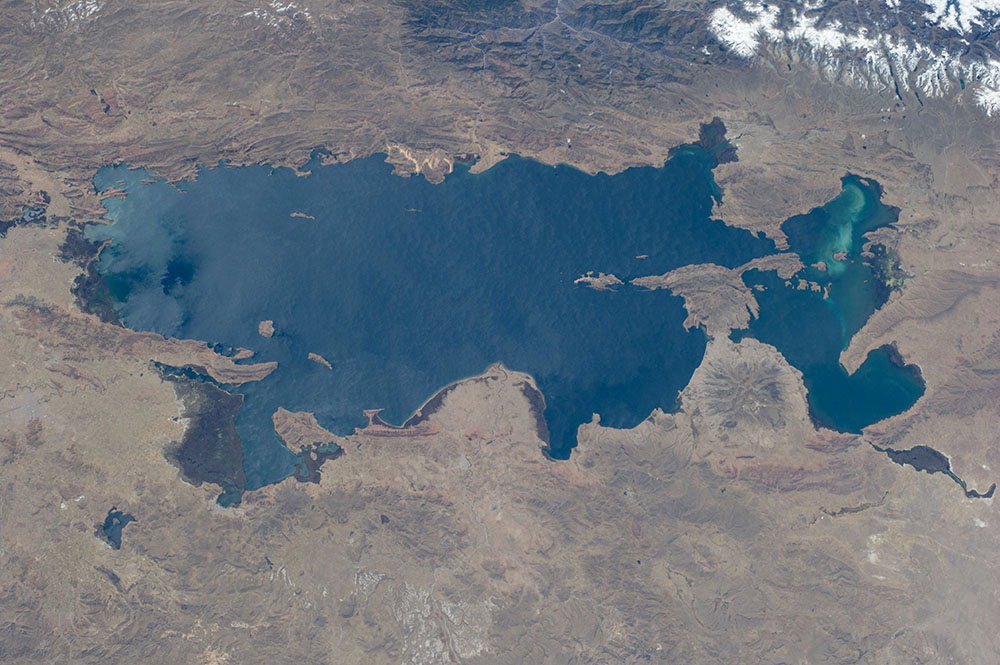 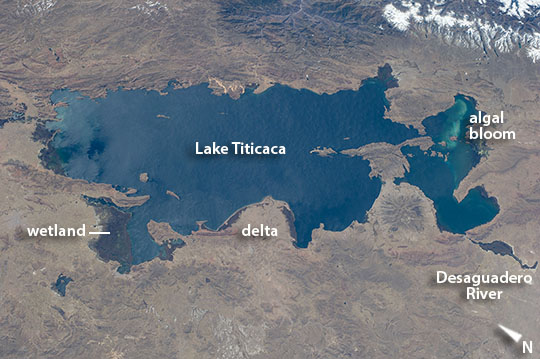 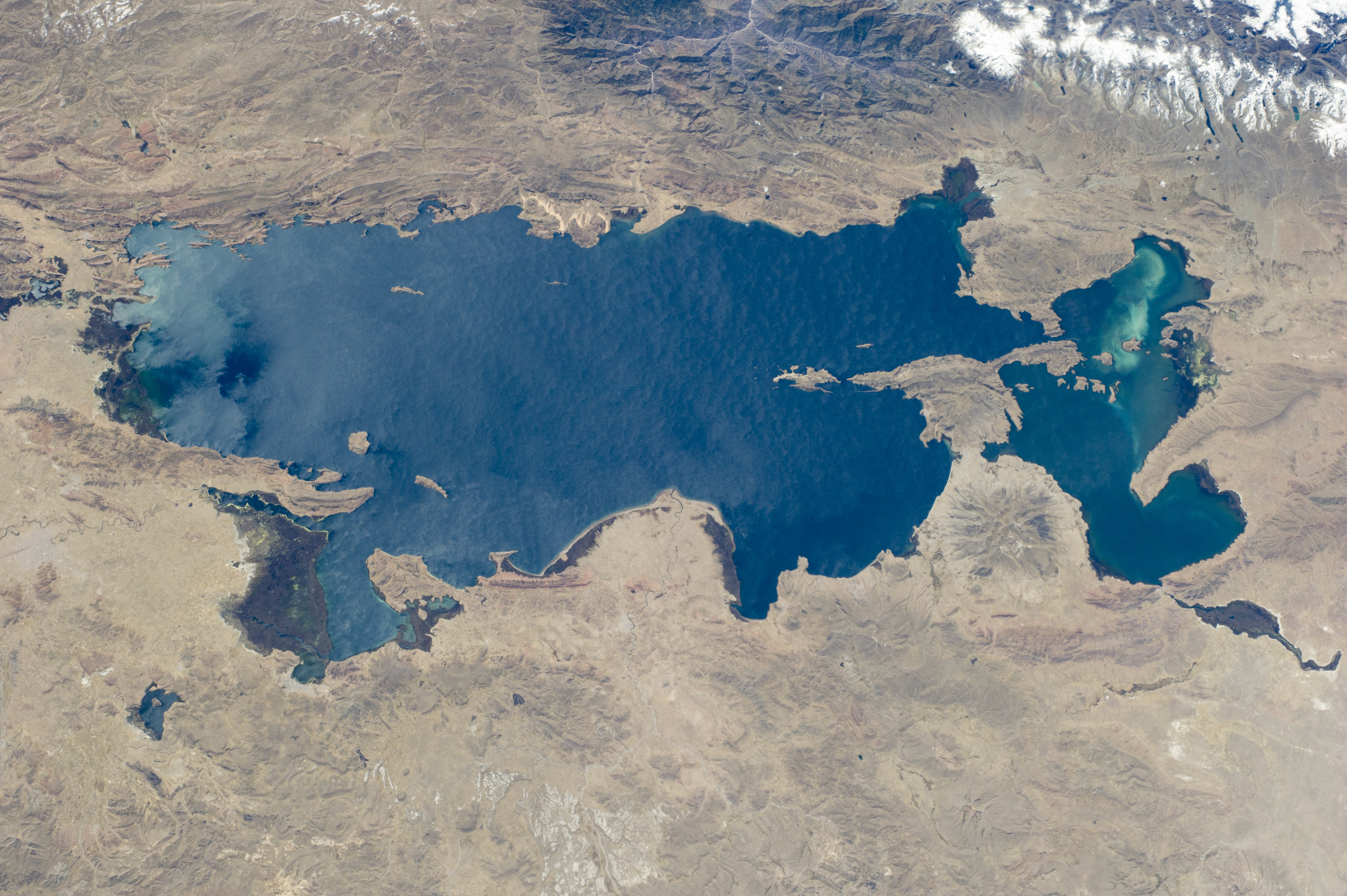 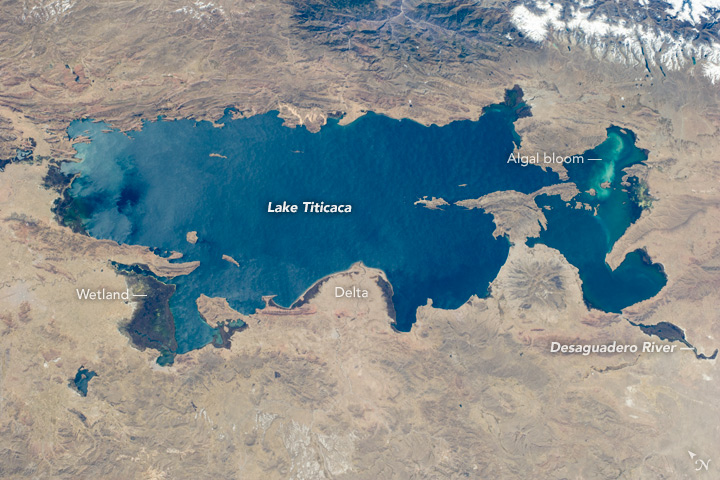 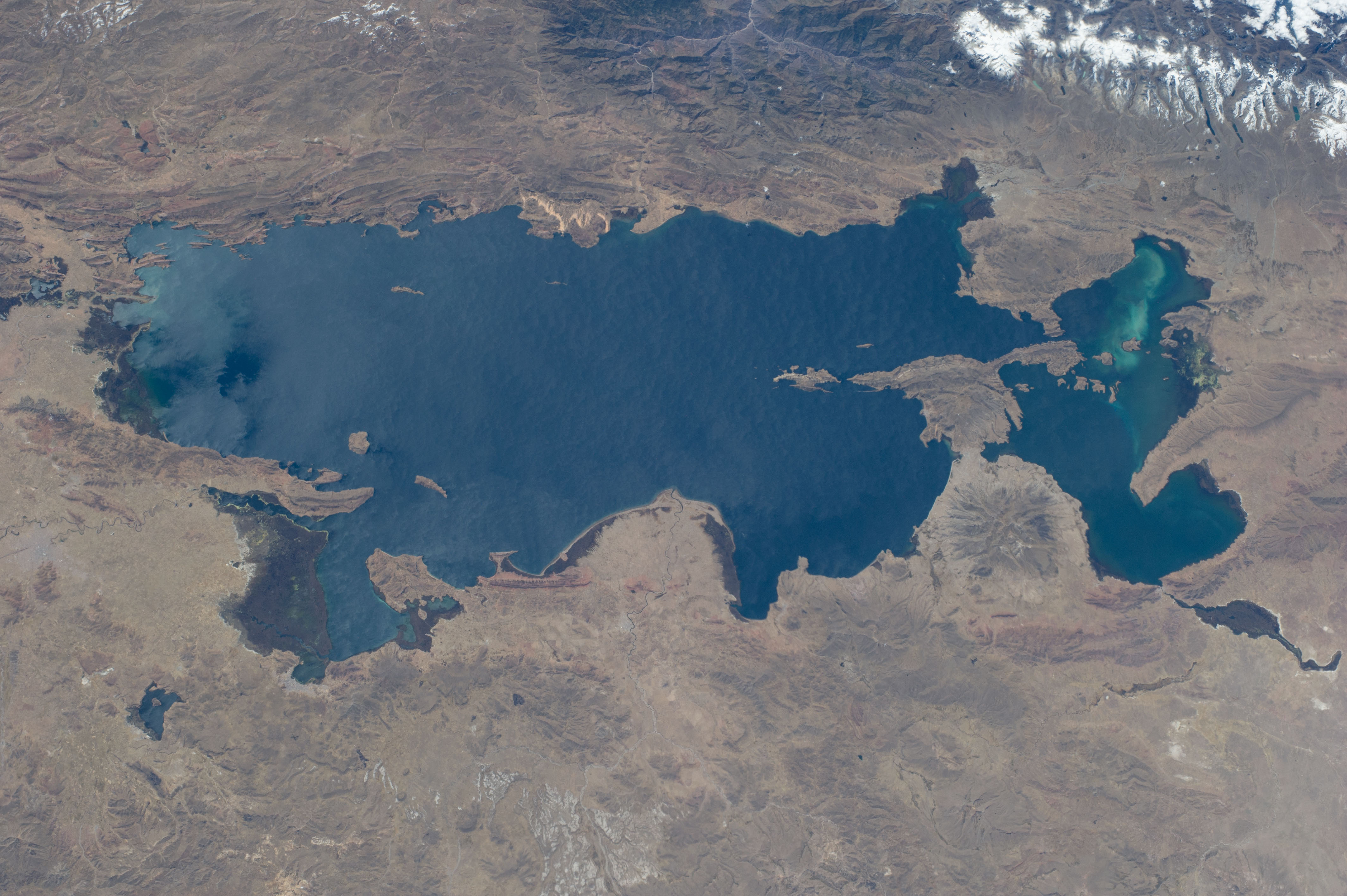 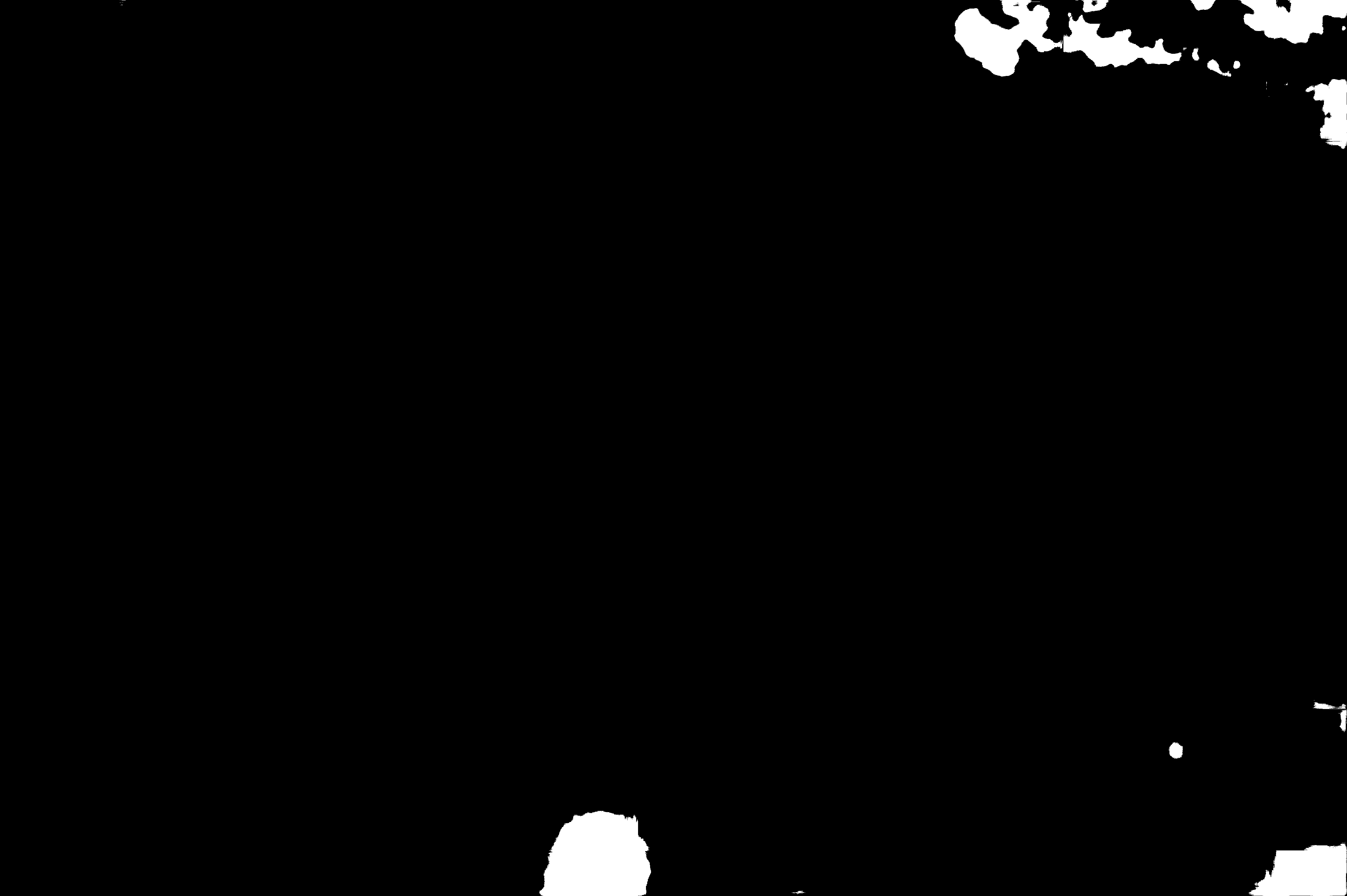 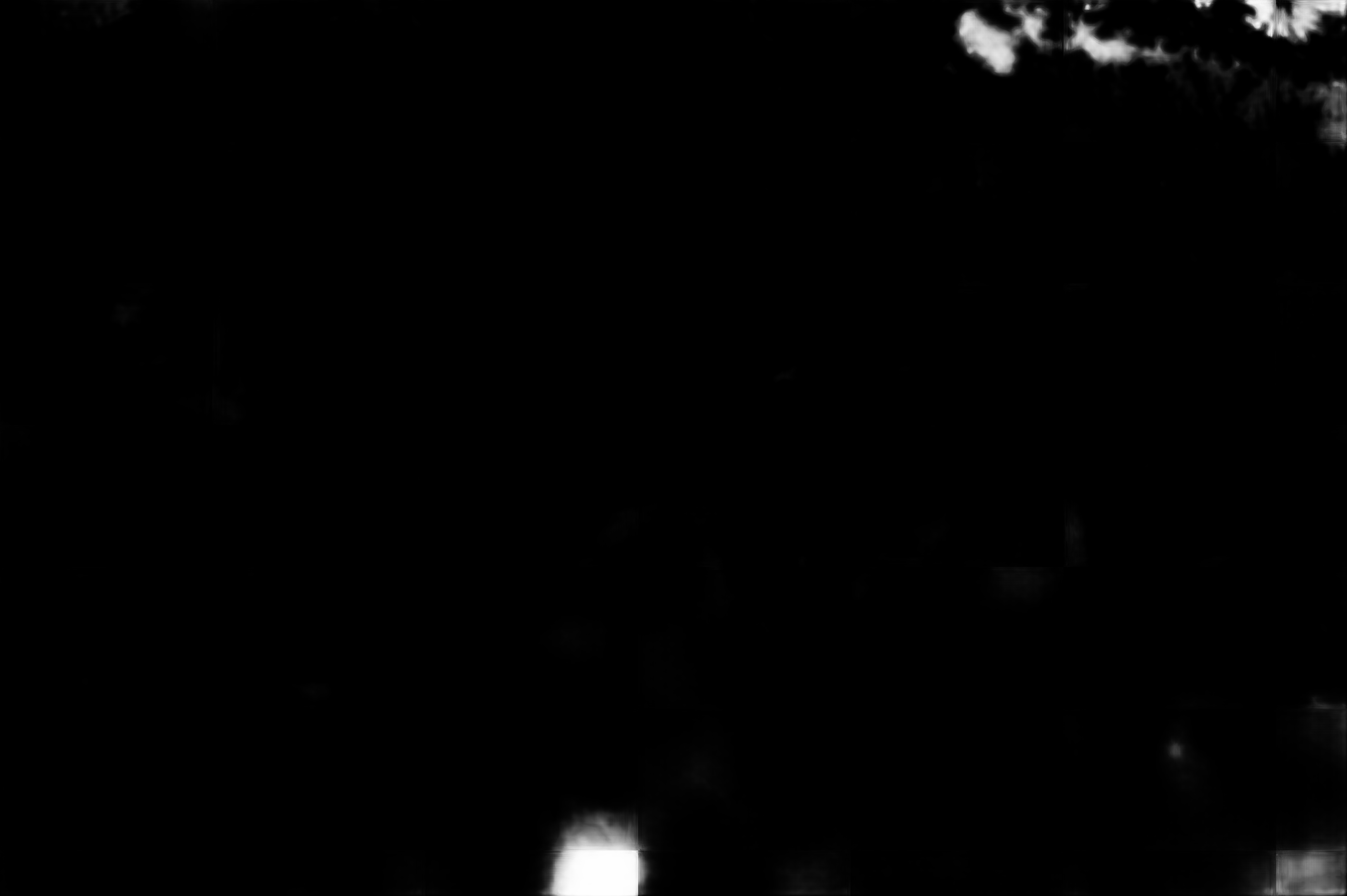 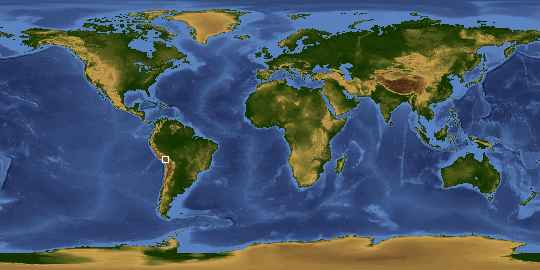 As the International Space Station flew over the Atacama Desert of coastal Peru, an astronaut looked to the north, and by using a short lens (80 mm focal length), captured the entire 190-km length of Lake Titicaca. The lake lies on the high Andes plateau and is divided between the territories of southern Peru and Bolivia. It is the highest major body of navigable water in the world (3,800 m, 12,500 feet in elevation) and the largest lake in South America. A green algal bloom appears at the south end of the lake (image right). The lake is one of the most popular tourist attractions in South America.

Many local rivers drain into the lake, including rivers draining glaciers (image top right). A semicircular river delta bulges into the lake (image center), and other rivers that enter the protected bays have made wetlands whose vegetation shows up dark green (especially image left and lower left). Strong westerly winds that constantly blow across the plateau ruffle the entire lake surface in a subtle pattern of waves and swells. Interestingly, these winds contribute significantly to the water budget of the lake. As with most large lakes there is a balance between inflows and outflows of water so that the water level remains roughly constant. Hydrologists now know that the Desaguadero River (image lower right) drains only ~10% of the inflows, with most of the water lost (~90%) as a result of evaporation caused by the persistent, strong winds.


In the more remote past, geologists have found evidence that the lake stretched hundreds of kilometers further to the south, measuring close to 600 km long during glacial periods--probably as a result of higher rainfall and lower temperatures.