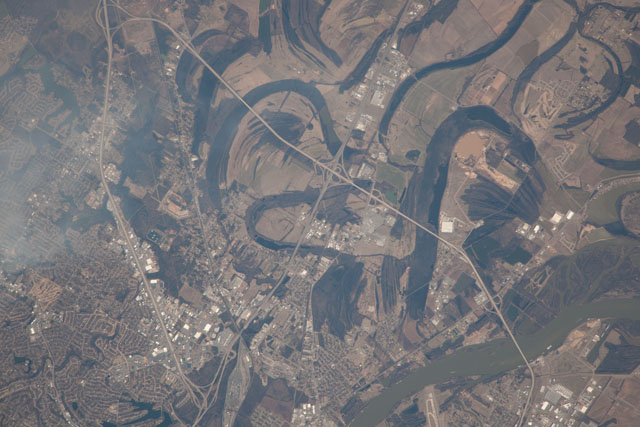 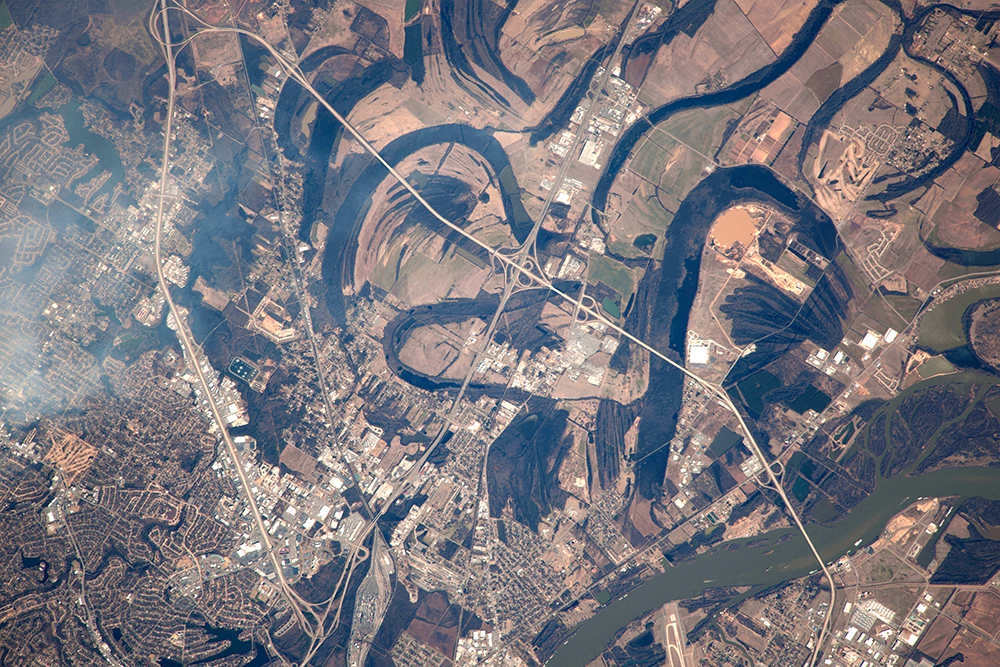 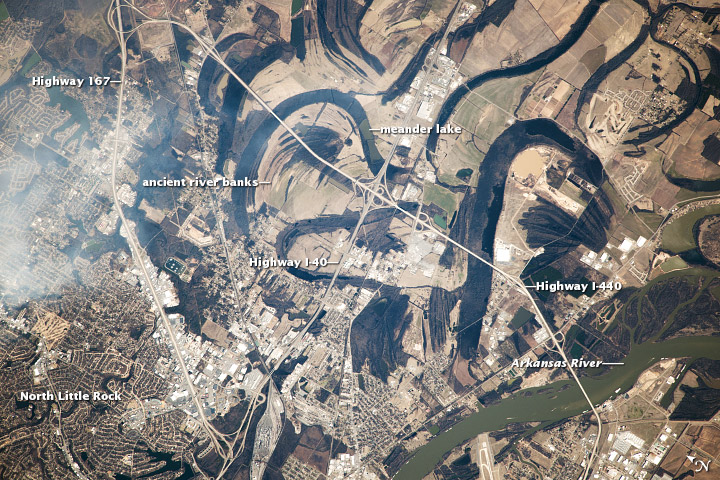 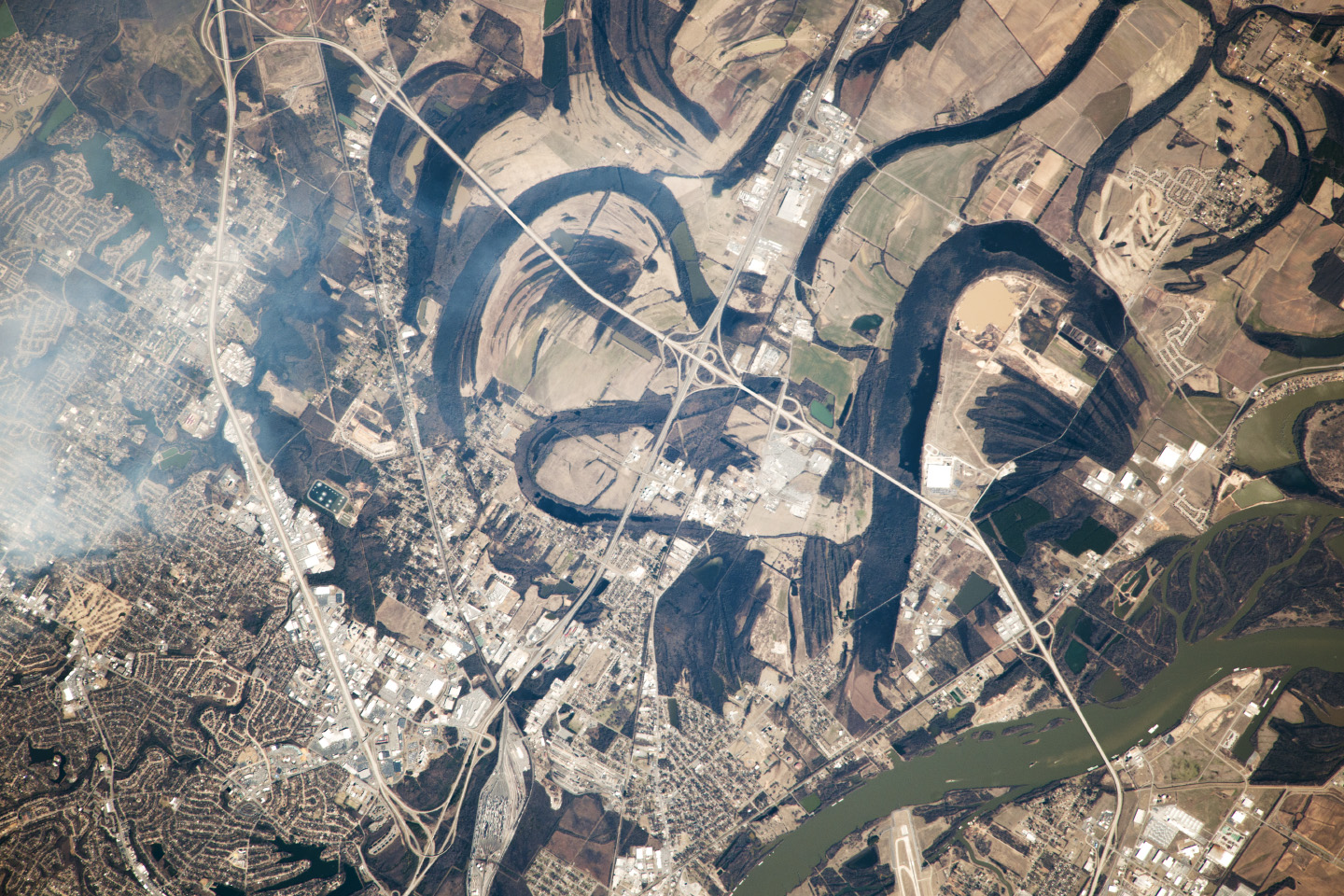 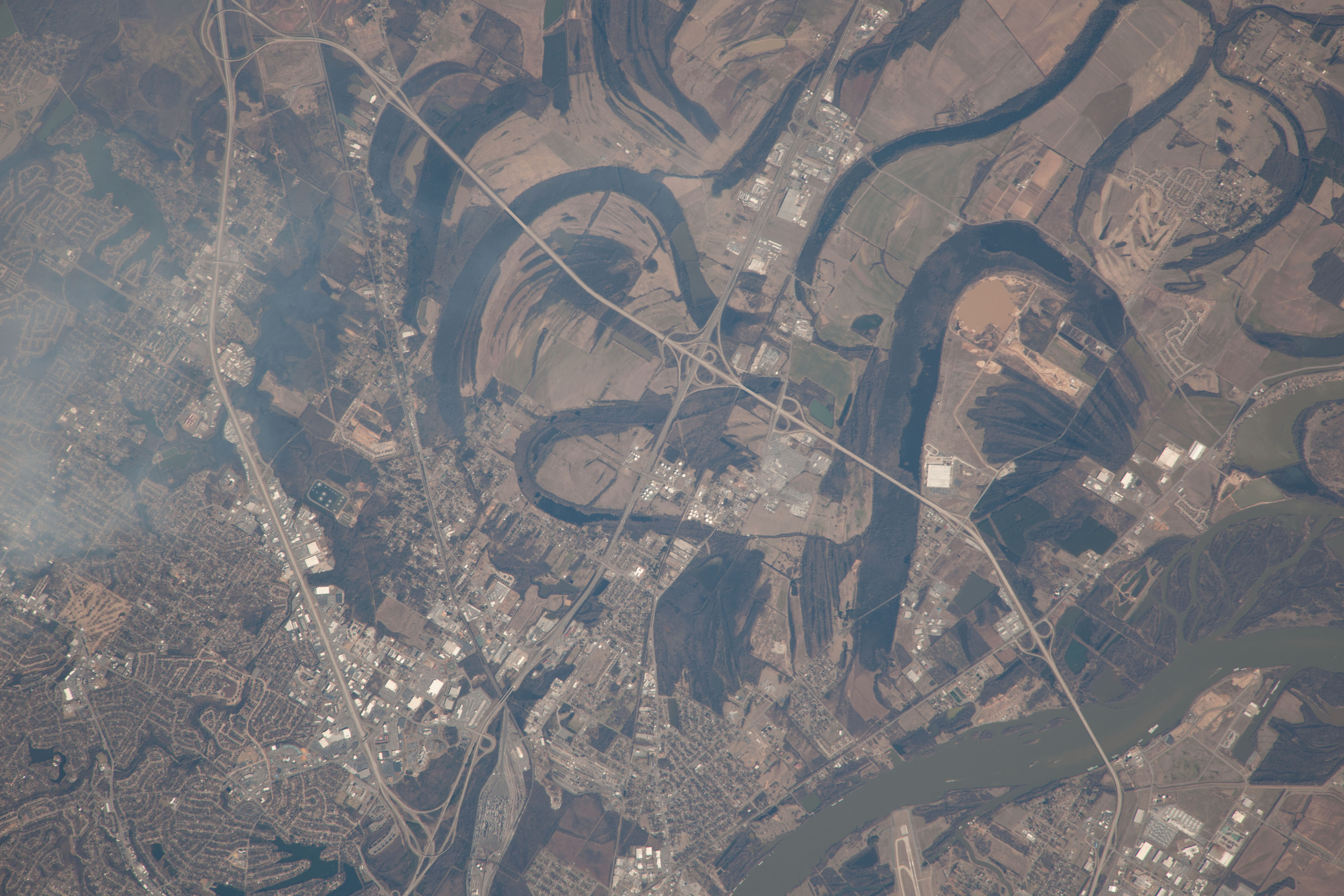 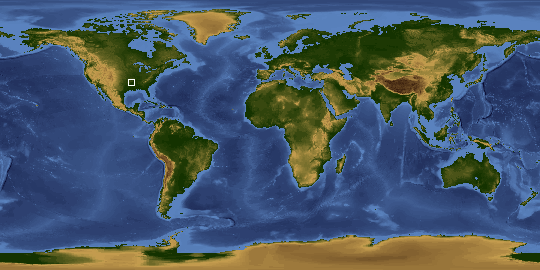 From the International Space Station more than 400 km (250 miles) above the surface of the Earth, the arcs of dark meander lakes were the focus of the astronaut's eye when this image was taken. The Arkansas River appears lower right. Winding roads of part of suburban Little Rock, Arkansas, appear lower left. Highway 40 crosses the left side of the image, under a smudge of high cloud.

The image shows the point where the Arkansas River enters the wide flats of the Mississippi River floodplain. Unconfined by valley walls, the Arkansas is free to move across the floodplain. The meander lakes show the exact position of prior courses of the Arkansas at different times in the past. Meanders are known to migrate constantly, a behavior also revealed by successive positions of levees which appear as fine lines and represent ancient river banks (image left center and top center). Most of the land surface shown in the image was therefore part of the river course and its levees at some time in the past. The river is now controlled to prevent such movement which can undercut bridge abutments--such as those of the bridge lower right. Many locks allow barge traffic to operate as far inland as Tulsa, Oklahoma. One such lock lies just outside the view lower right. The Arkansas River is the sixth longest in the United States--rising far to the west in the Sawatch Range in the Rocky Mountains.