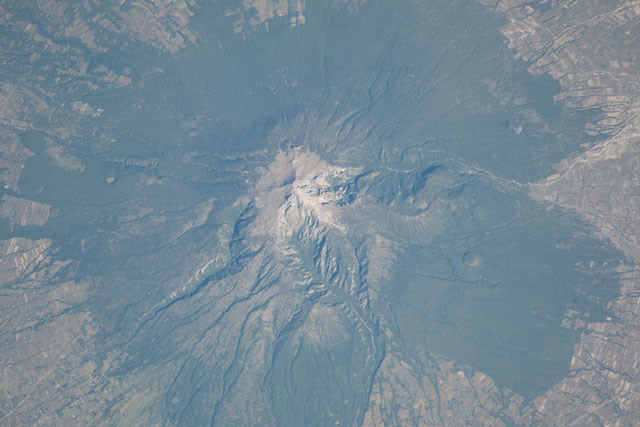 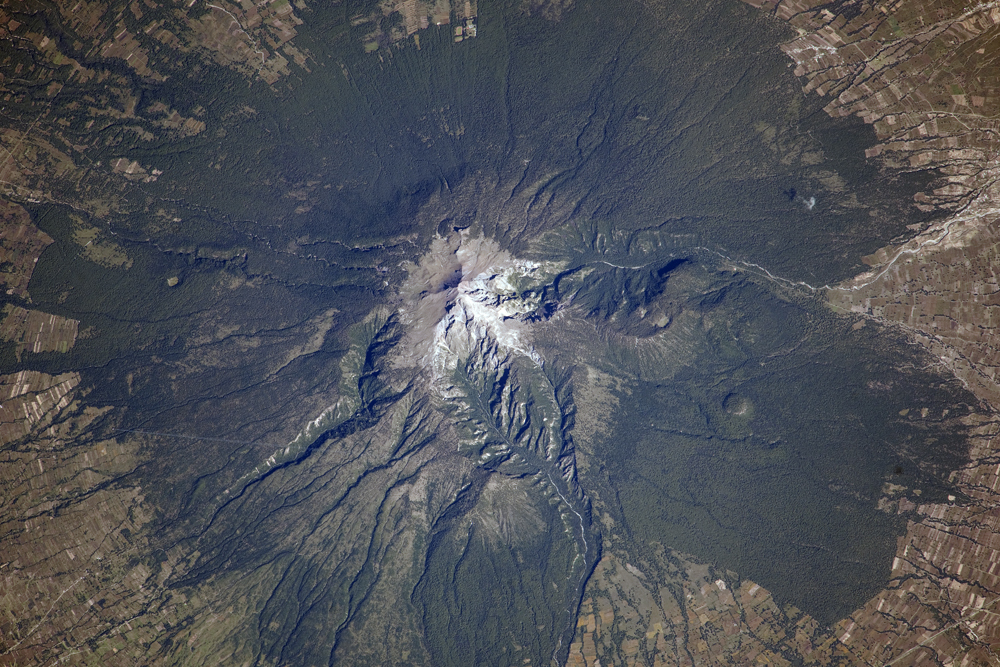 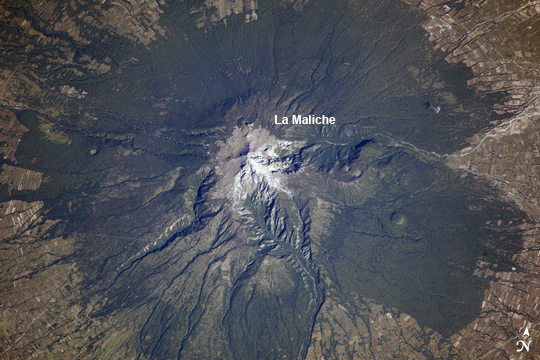 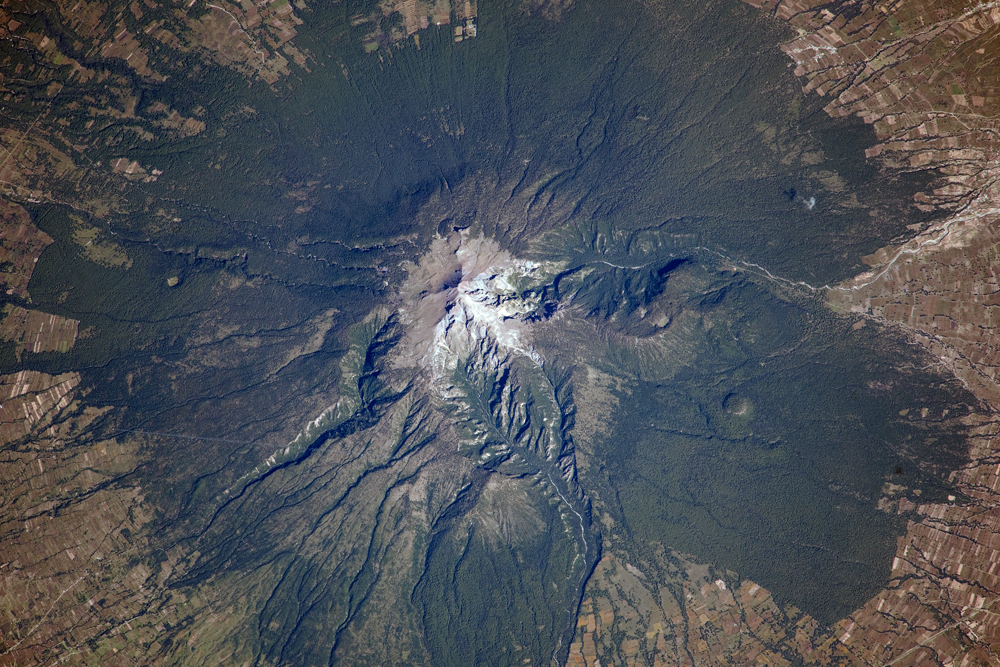 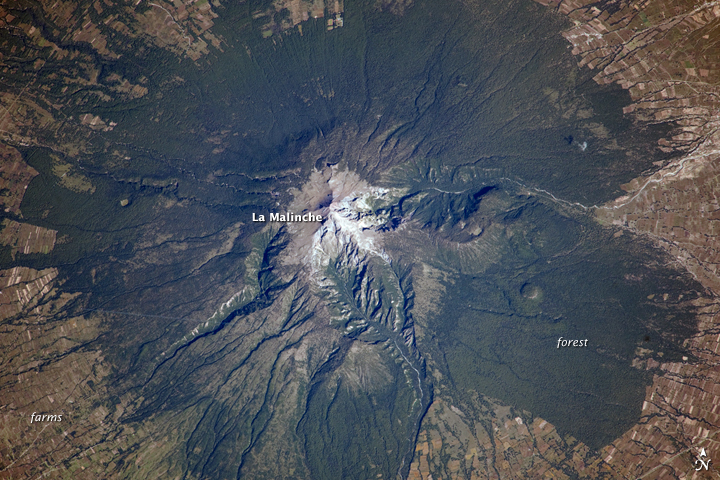 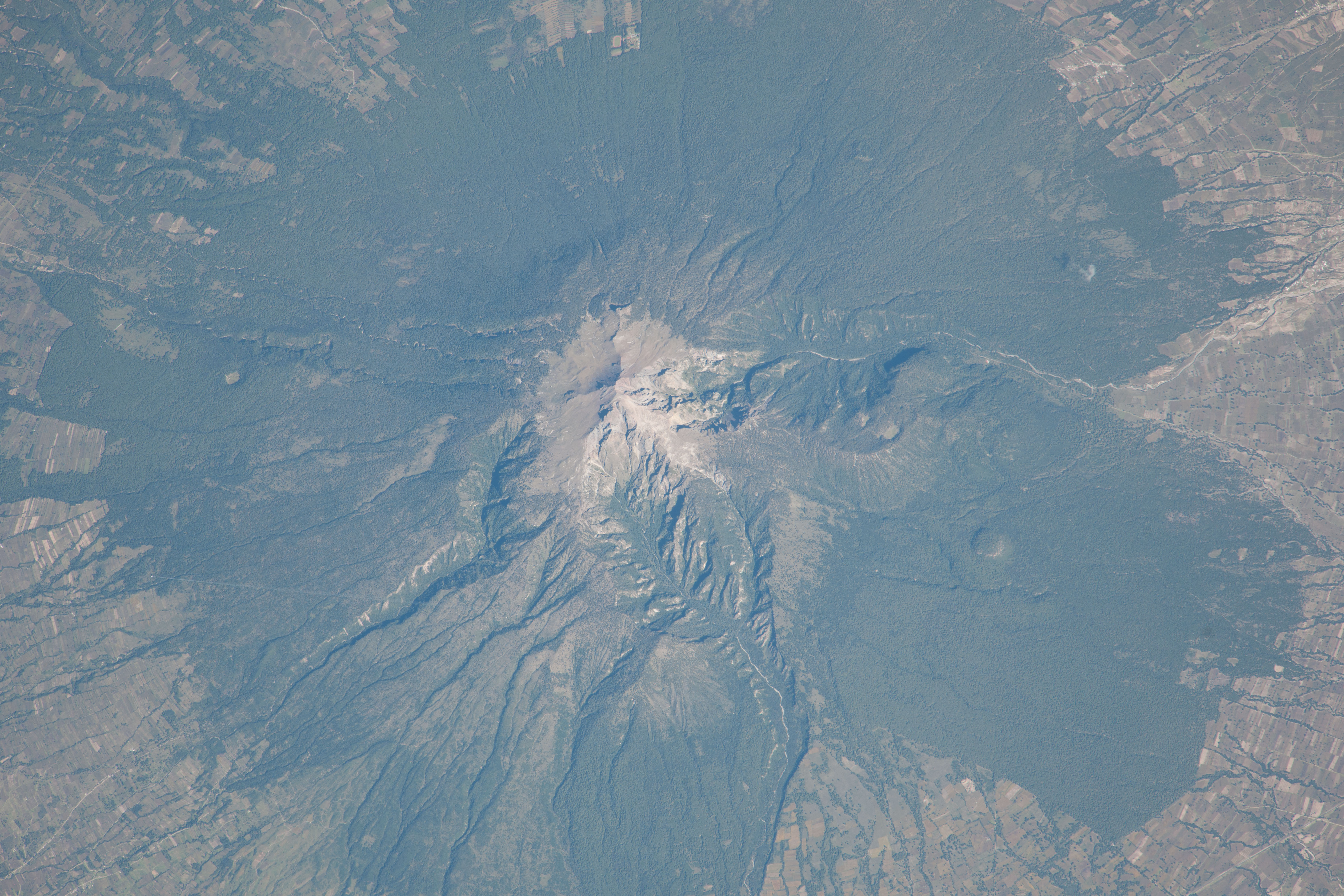 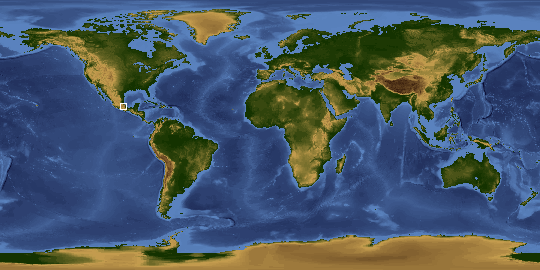 Located approximately 30 kilometers to the northeast of the city of Puebla, the summit of Volcan la Malinche rises to an elevation of 4461 meters above sea level. This detailed astronaut photograph from the International Space Station highlights the snow-dusted summit, and the deep canyons that cut into the flanks of this eroded stratovolcano. La Malinche has not been historically active, but radiometric dating of volcanic rocks and deposits associated with the structure indicate a most recent eruption near the end of the 12th century. There is evidence that lahars, or mudflows, associated with an eruption about 3100 years ago affected Pre-Columbian settlements in the nearby Puebla basin.

The volcano is enclosed within La Malinche National Park situated within parts of the states of Puebla and Tlaxcala; extensive green forest cover is visible on the lower flanks of the volcano. Access to the volcano is available through roadways, and it is frequently used as a training peak by climbers prior to attempting higher summits. The rectangular outlines of agricultural fields are visible forming an outer ring around the forested area.

While the volcano appears to be quiescent, its relatively recent (in geological terms) eruptive activity, and location within the Trans-Mexican Volcanic Belt - a tectonically active region with several current and historically active volcanoes including Popocatepetl to the west and Pico de Orizaba to the east - suggests that future activity is still possible and could potentially pose a threat to the nearby city of Puebla.