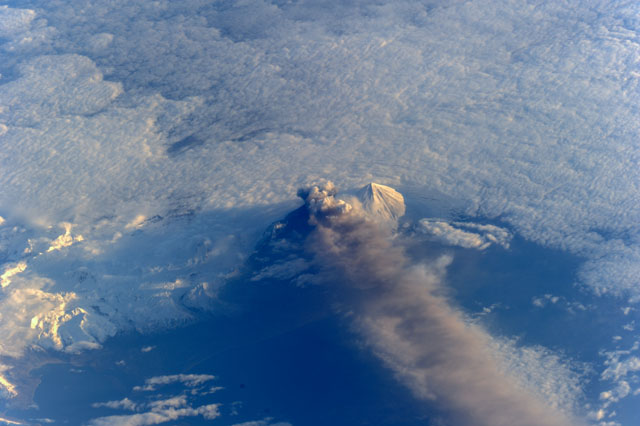 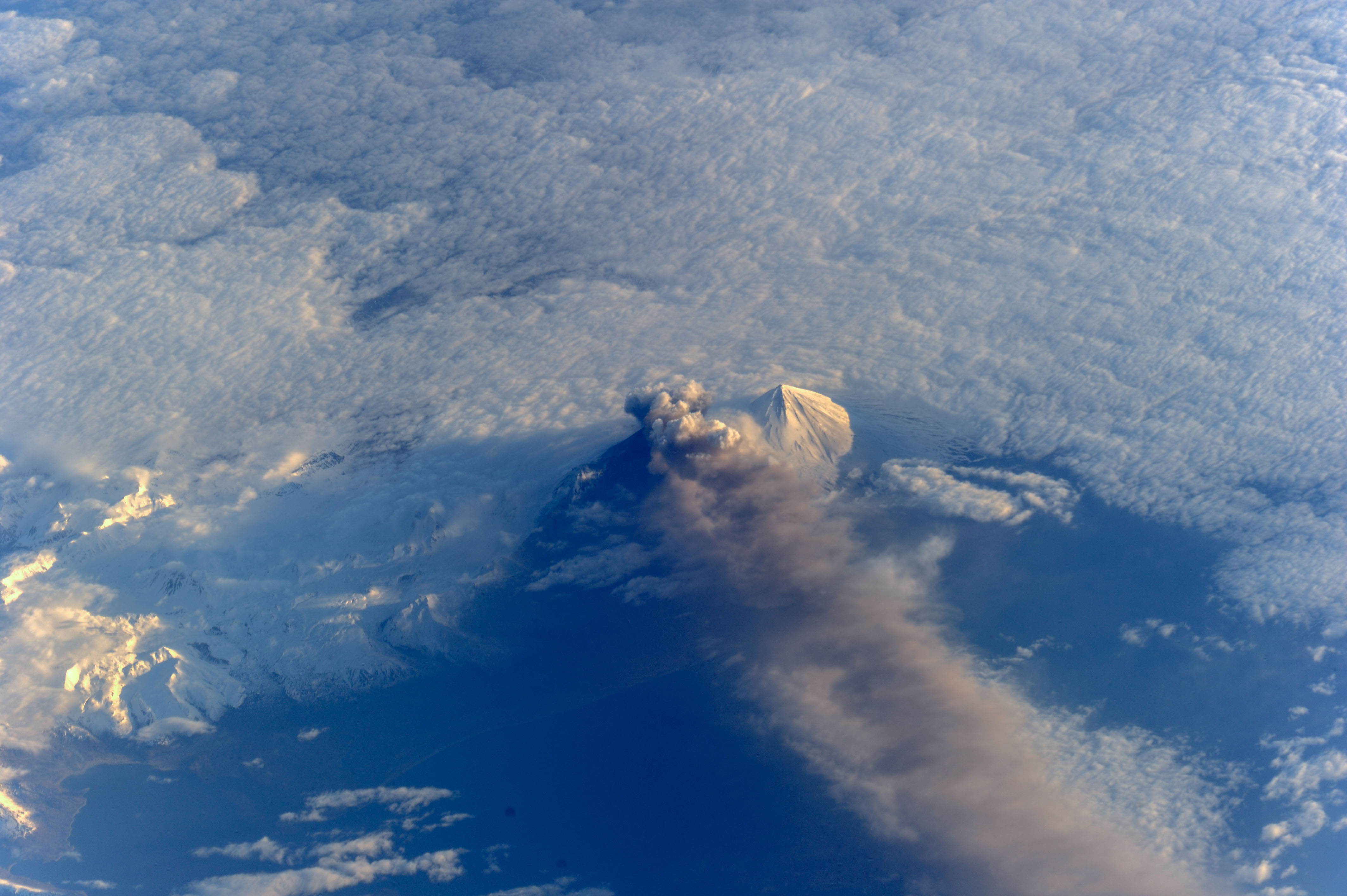 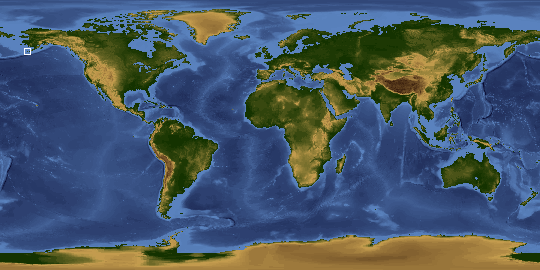 Other options available:
Download Packaged File
Download a Google Earth KML for this Image
View photo footprint information
Image Caption: ISS036E002106 (18 May 2013) --- Pavlof Volcano was captured in the fourth day of its eruption by one of the Expedition 36 crew members on the International Space Station. Pavlof volcano, in the Aleutian Islands about 625 miles (1,000 kilometers) southwest of Anchorage, jetted lava into the air and spewed an ash cloud 20,000 feet (6,000 meters) high. The space station was above a point in the North Pacific Ocean located at 49.1 degrees north latitude and 157.4 degrees west longitude, about 475 miles south-southeast of the volcano. The volcanic plume extends southeastward. The volcano began erupting May 13.