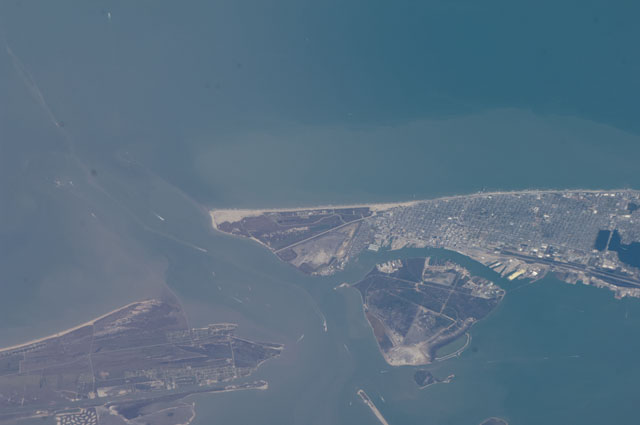 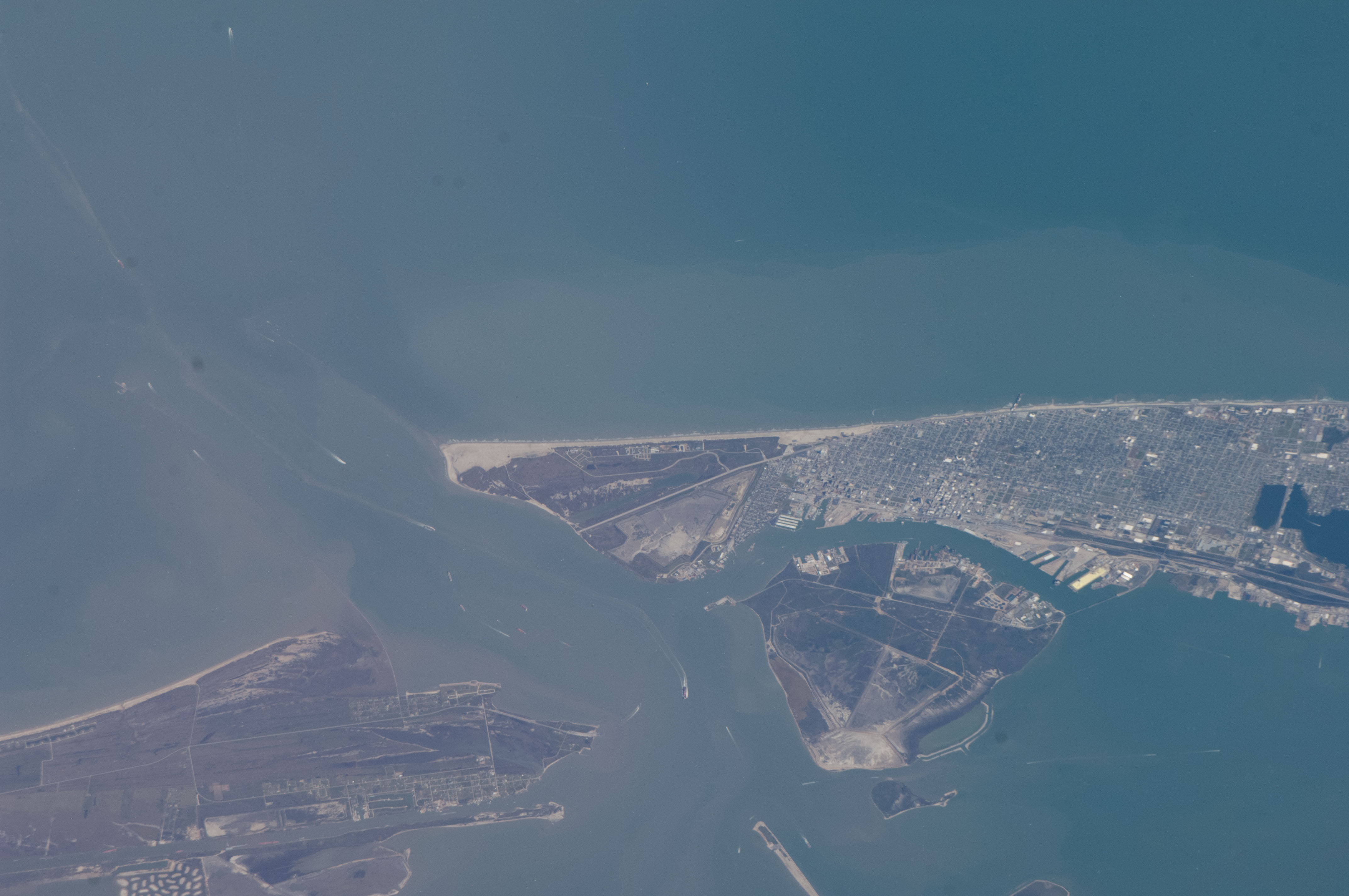 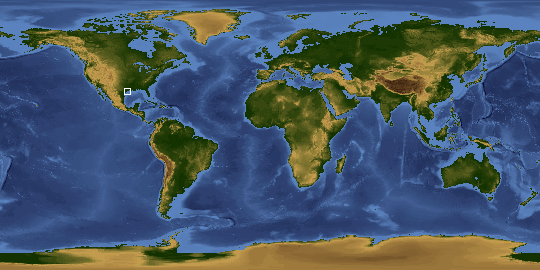 Other options available:
Download Packaged File
Download a Google Earth KML for this Image
View photo footprint information
Image Caption: ISS034-E-067298 (12 March 2013) --- One of the
Expedition 34 crew members aboard the International Space Station recorded this image of much of Galveston Island (right hand two-thirds of the photo), which is annually a popular "spring break" spot for students and vacationers from all over. The activities were just getting started when this photo was made -- about ten days before the "official" start of spring. The west end of Bolivar Peninsula is visible in the lower left quadrant of the image. The Bolivar area looks much different from the way it appeared prior to the devastating Hurricane Ike in September 2008.