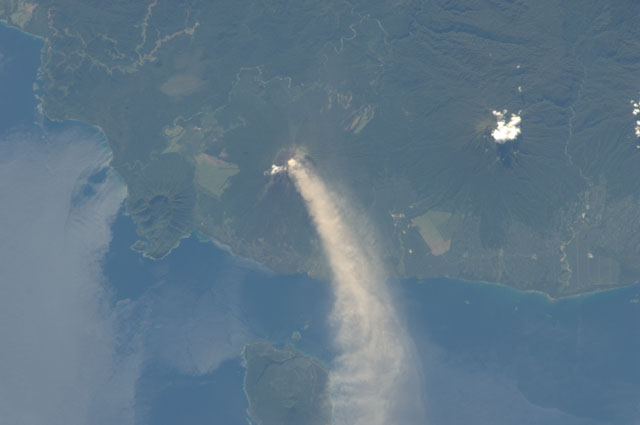 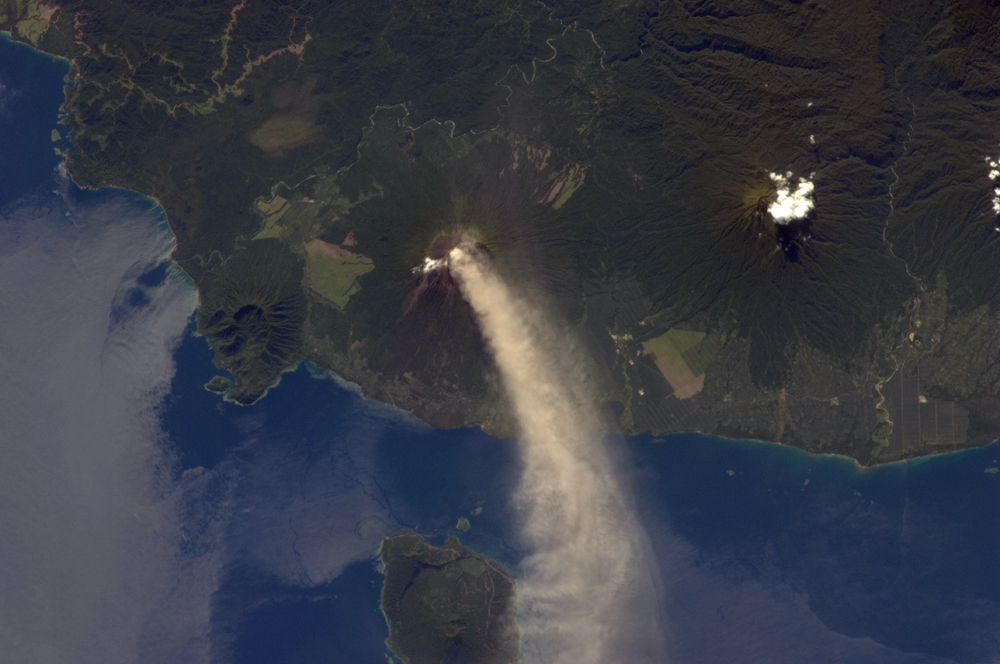 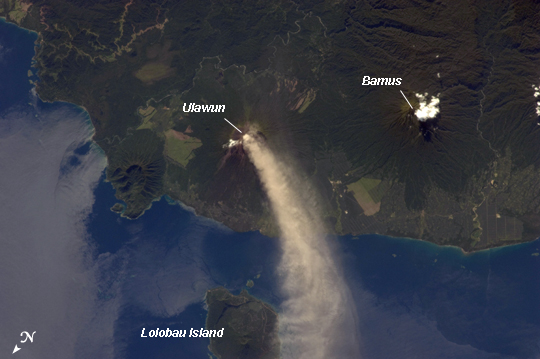 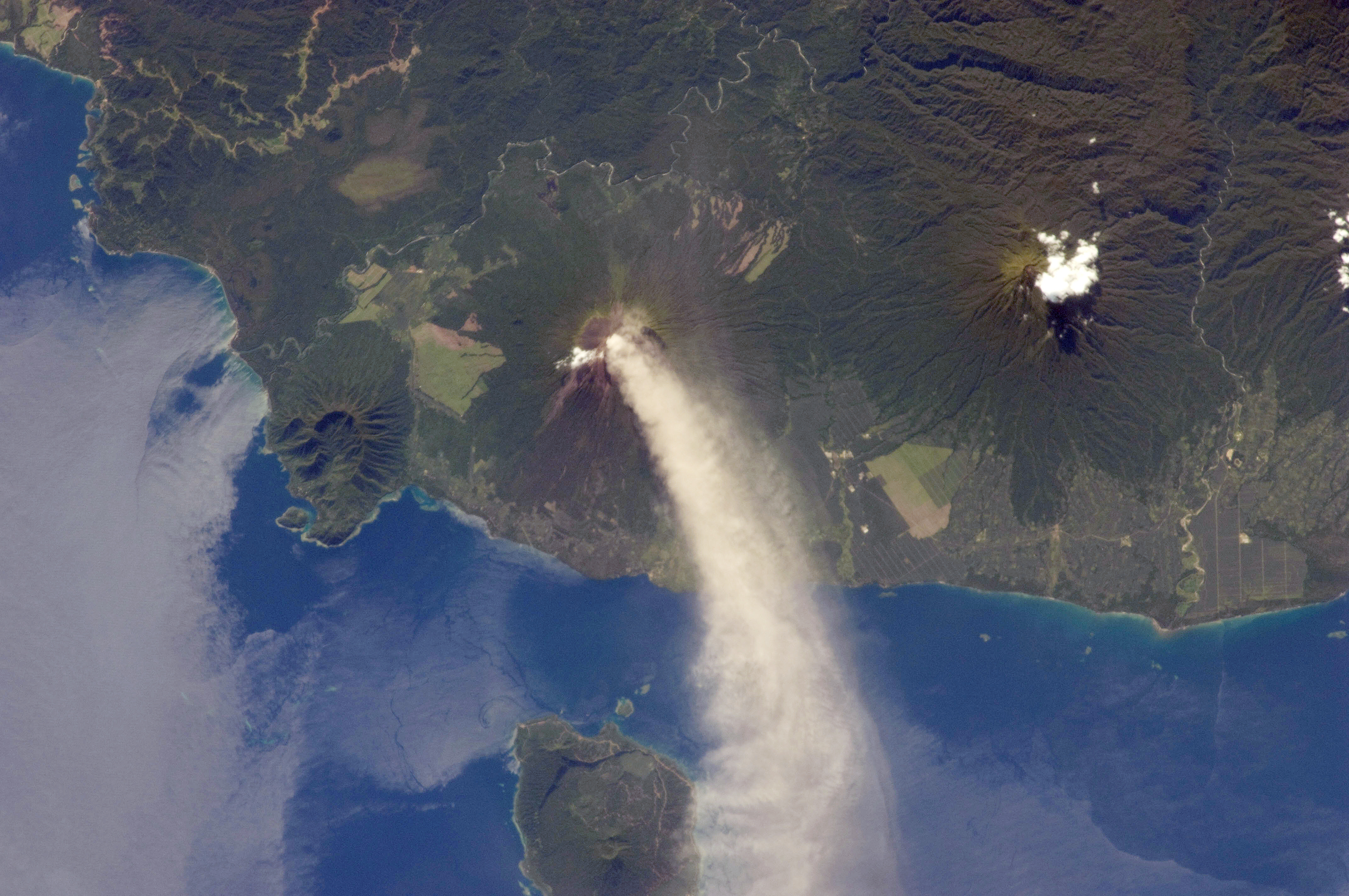 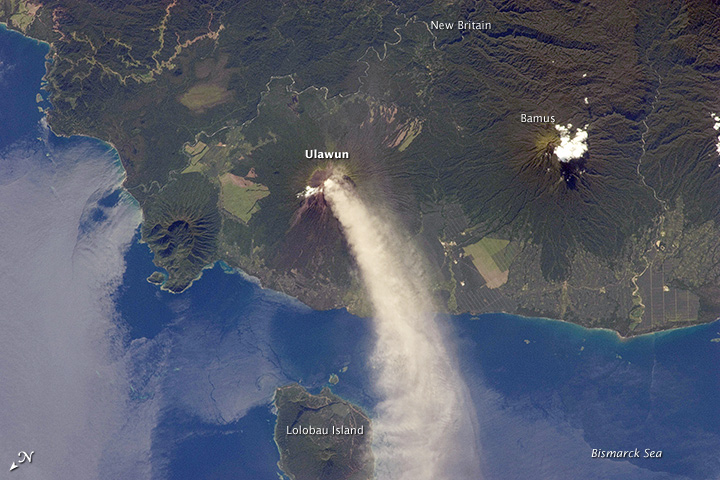 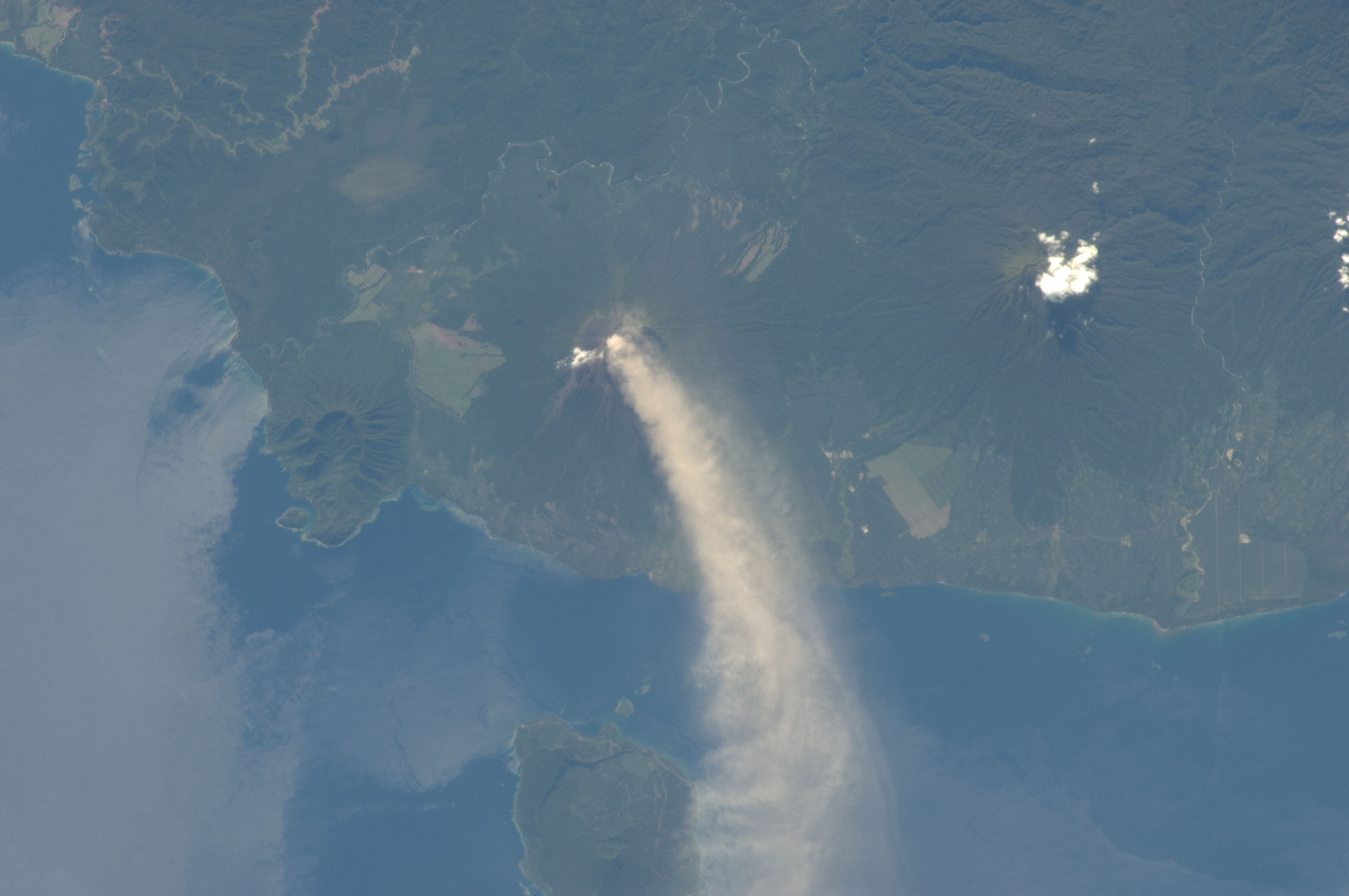 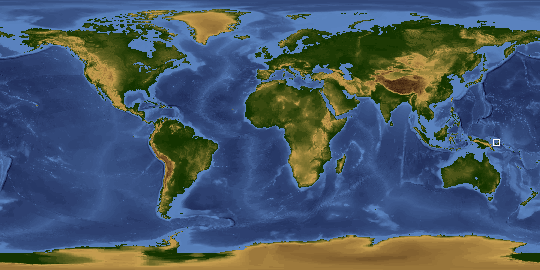 Numerous volcanoes contribute to the landmass of the island of New Britain, the largest in the Bismarck Archipelago of Papua New Guinea. One of the most active of these volcanoes, Ulawun, is also the highest with a summit elevation of 2,334 meters. This astronaut photograph was taken during the most recent phase of volcanic activity at Ulawun. A white steam and ash plume extends from the summit crater of the stratovolcano towards the northwest (image center; note the image is oriented such that north is towards the lower left). The plume begins to broaden as it passes the southwestern coast of Lolobau Island approximately 23 kilometers downwind from its source.

Ulawun volcano is also known as "the Father", with the Bamus volcano to the southwest also known as "the South Son". The summit of Bamus is obscured by white cumulus clouds (not of volcanic origin) in this image. While Ulawun has been active since at least 1700, the most recent eruptive activity at Bamus occurred in the late 19th century. A large region of ocean surface highlighted by sunglint - sunlight reflecting off the water surface, lending it a mirror-like appearance- is visible to the north-northeast of Ulawun (image lower left).