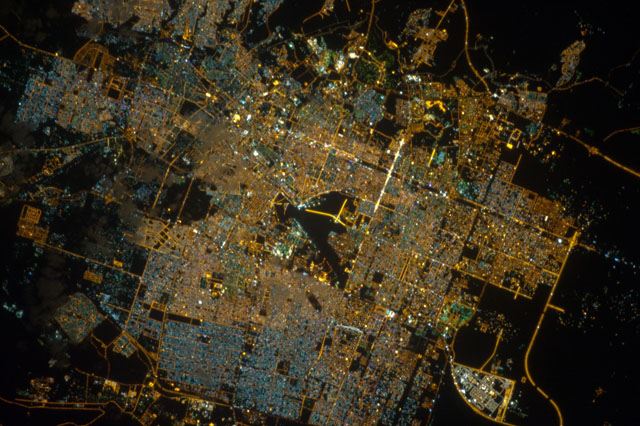 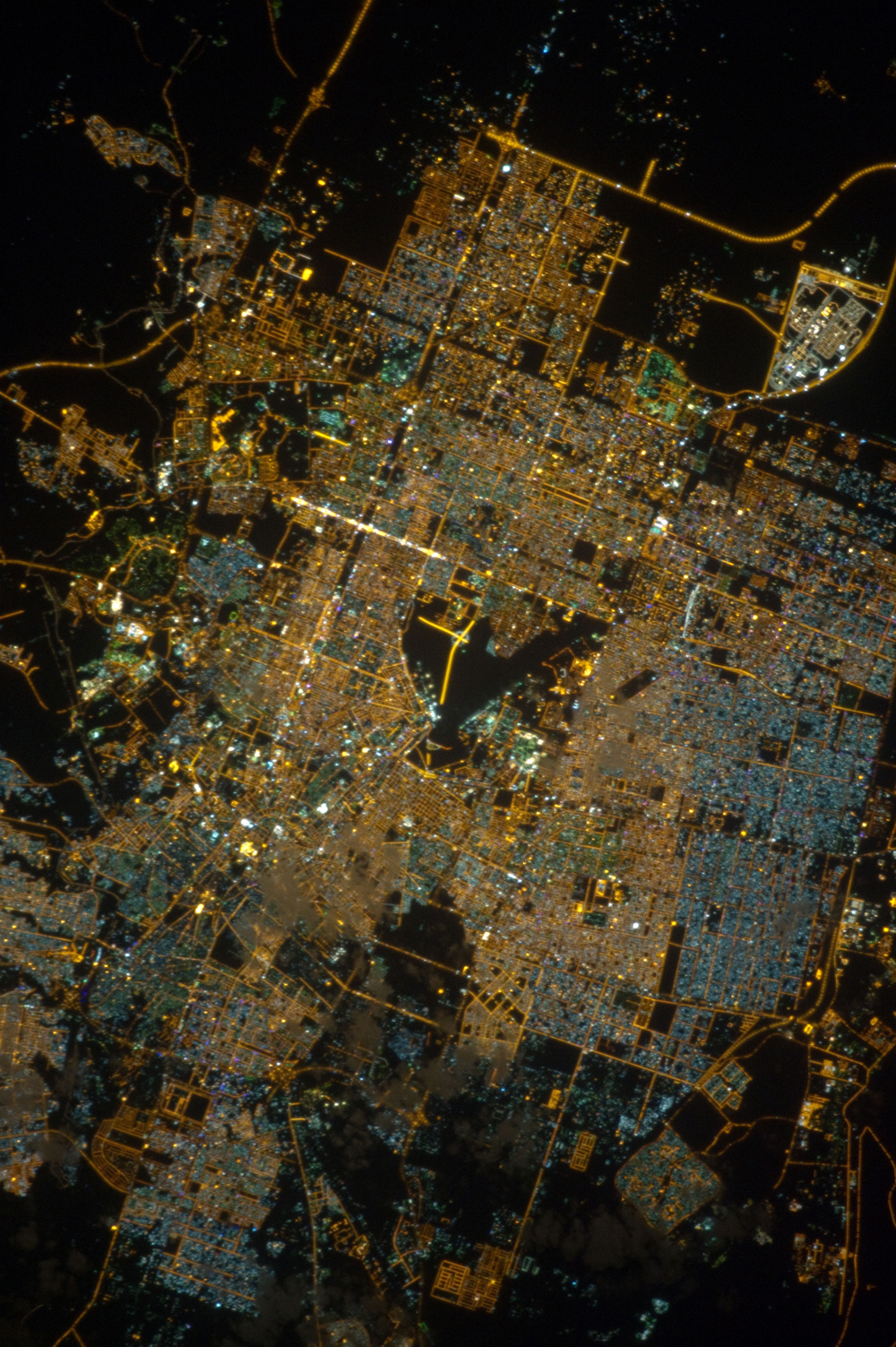 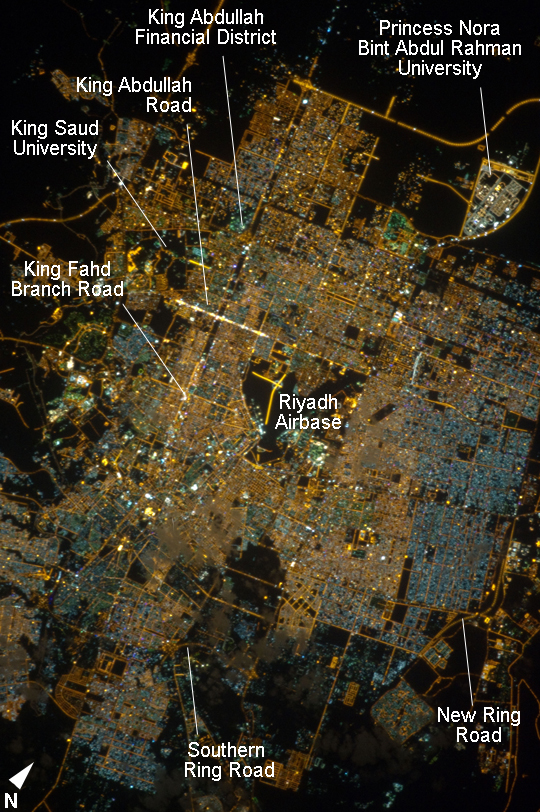 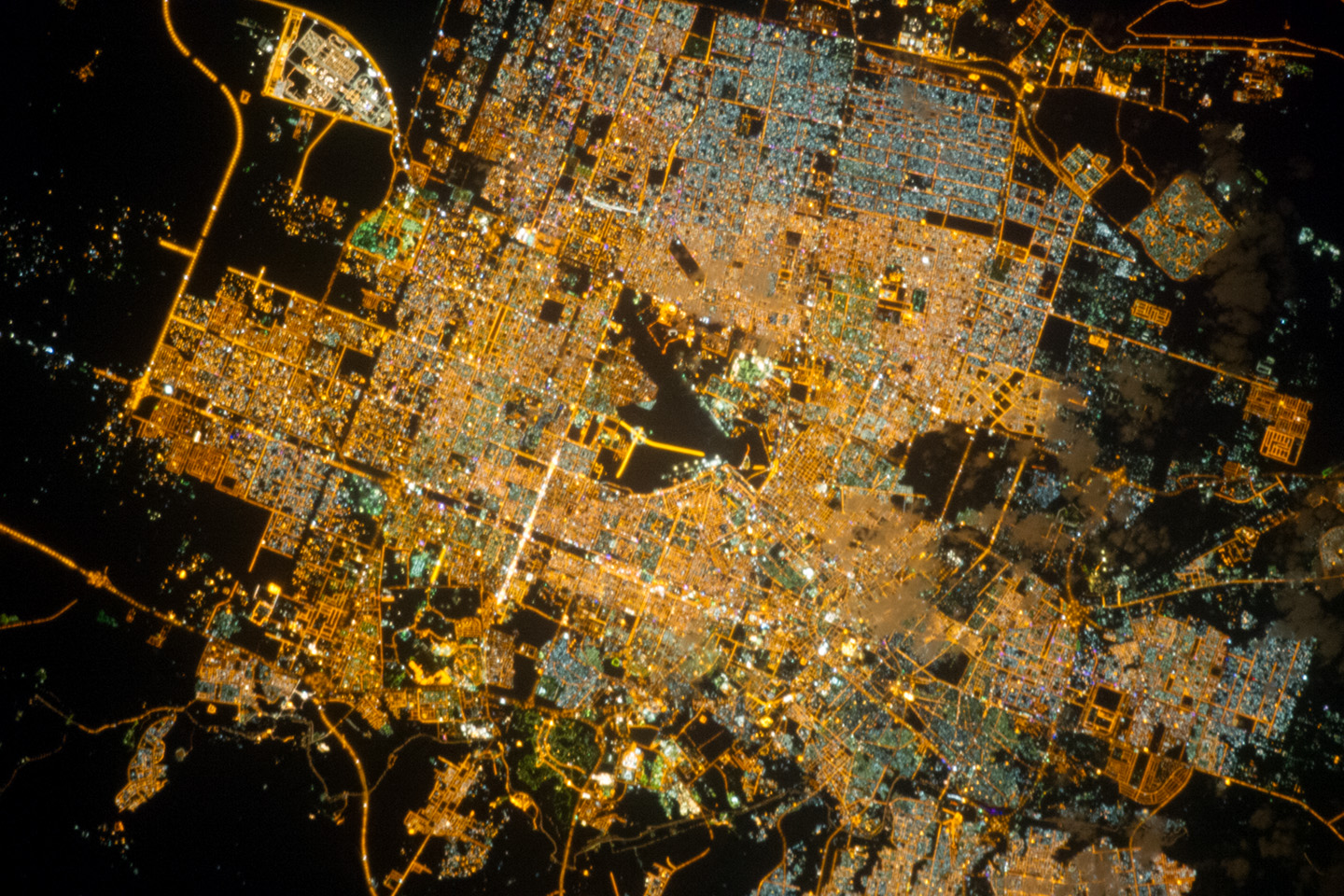 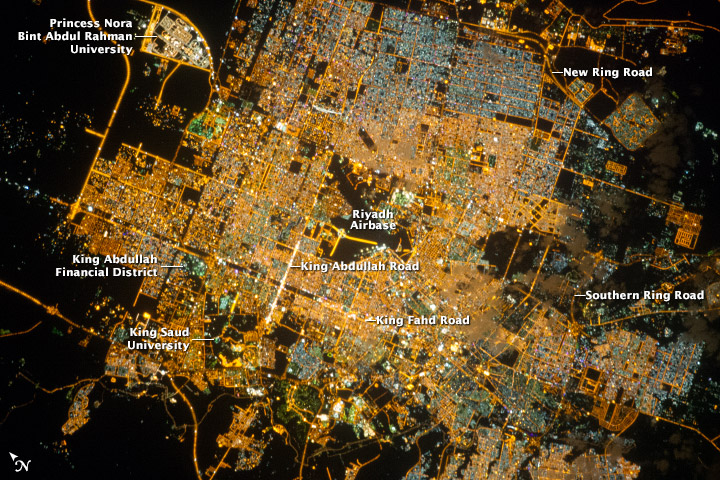 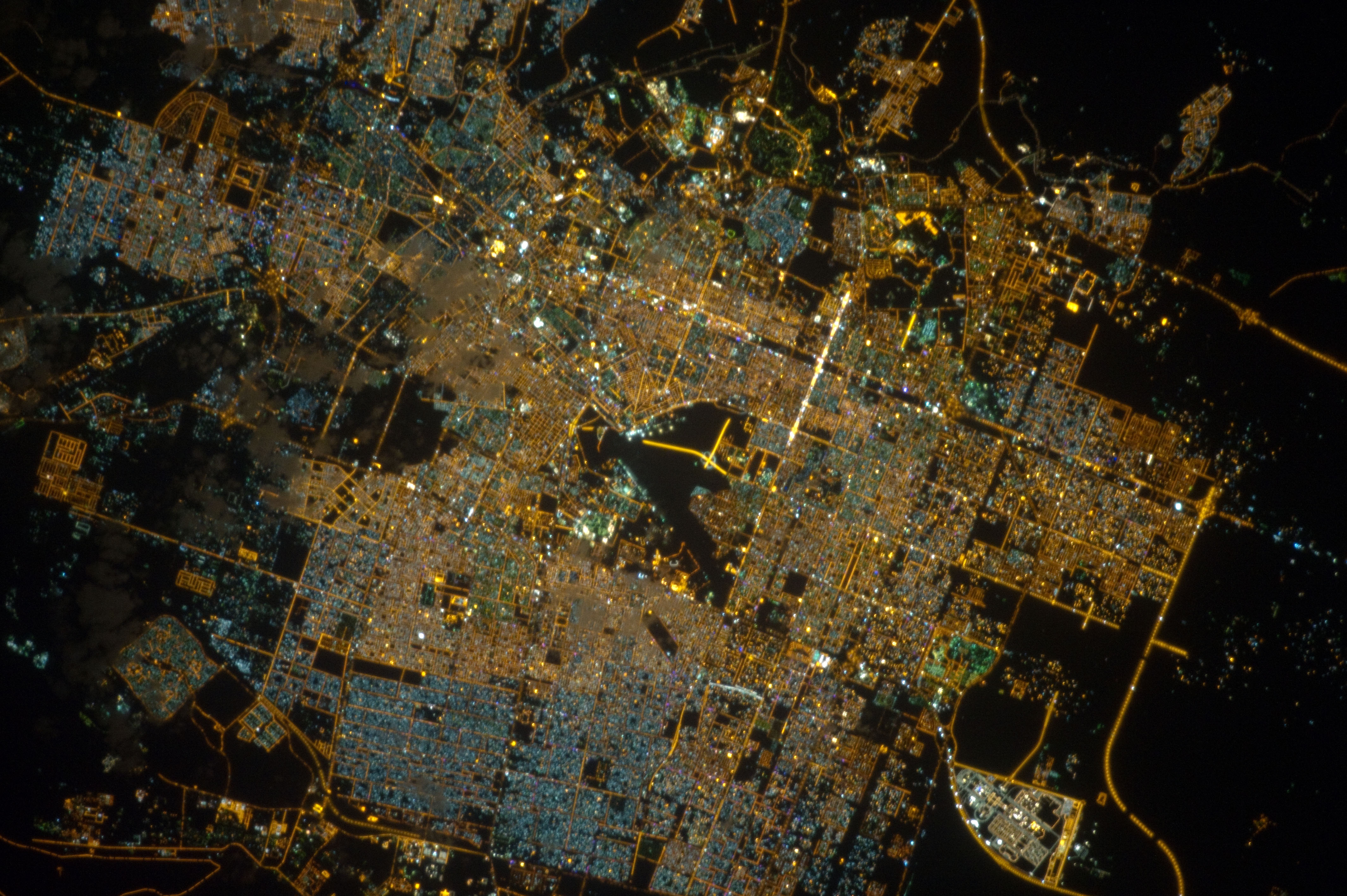 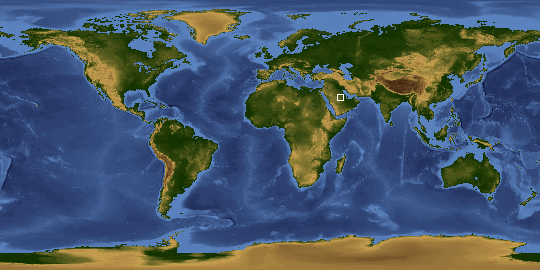 The population of Riyadh, the capital city of Saudi Arabia, has risen dramatically in the last half century, from 150,000 in 1960 to an estimated 5.4 million in 2012. The city appears as a brightly colored patchwork in this night time astronaut photograph. The brightest lights, apart from those on the old Riyadh Airbase at image center (the new international airport is far outside the city and not shown here), follow the commercial districts along King Abdullah Road and King Fahd Branch Road. Many of the darker patches within the built area are city parks.

University sectors stand out with different street and light patterns, as seen in the King Saud University campus which houses the Arabic Language Institute, and the Princess Nora Bint Abdul Rahman University which is the largest all-female university in the world. Highways and various ring roads also stand out in night imagery due to bright regular lighting. Lighted developments beyond the ring roads mark the growth of the city (image lower left and lower right). Newer neighborhoods, set further from the city center, are recognizable by blue-gray lightning (ex. image right).