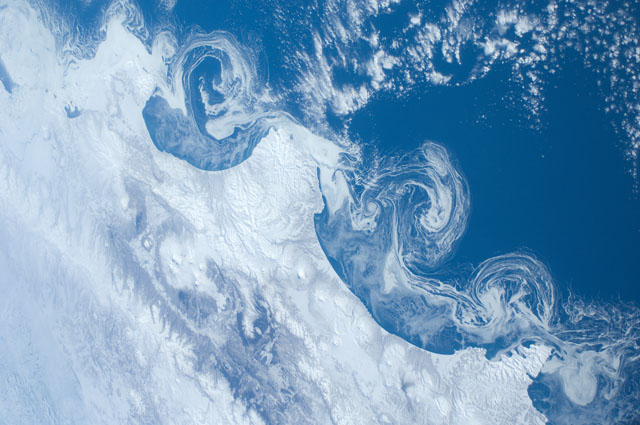 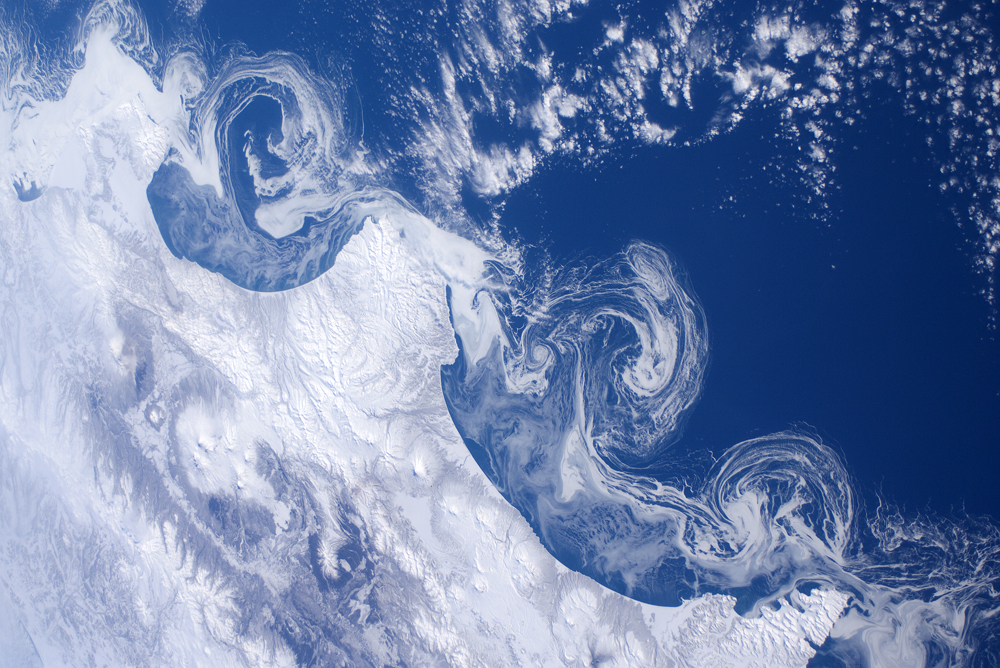 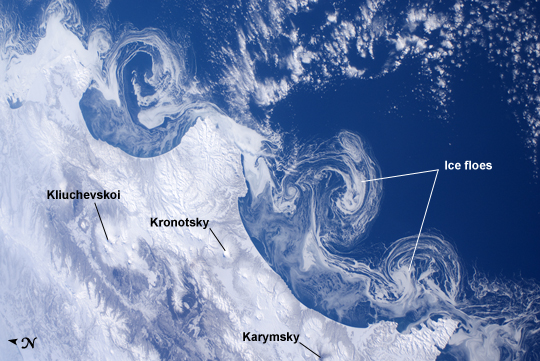 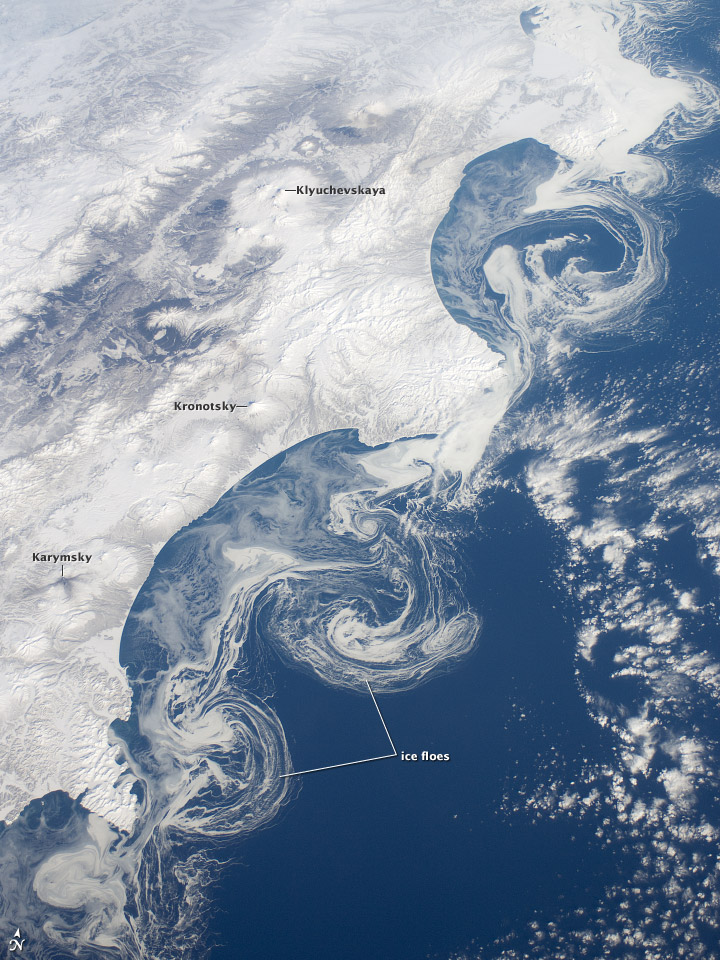 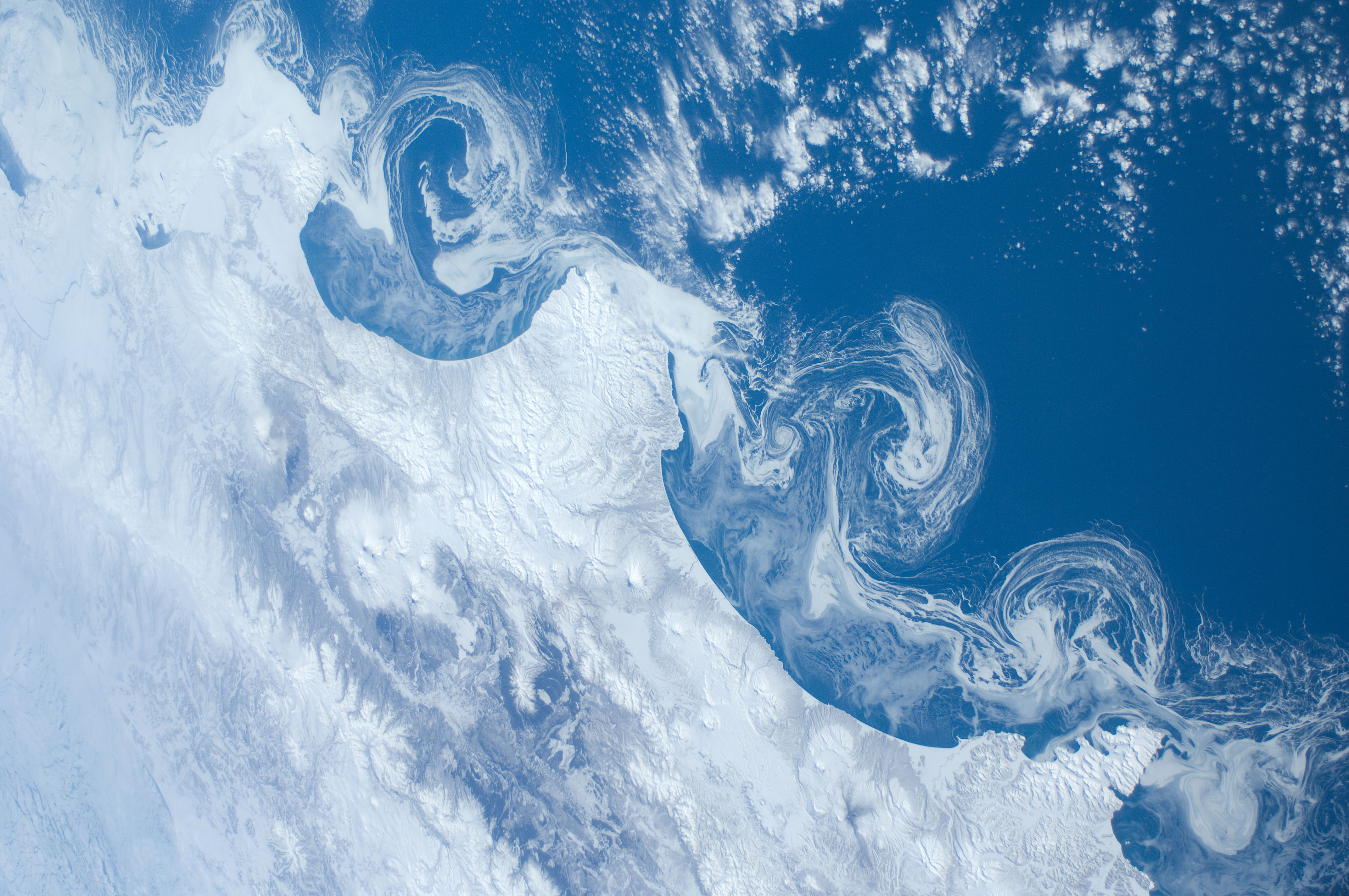 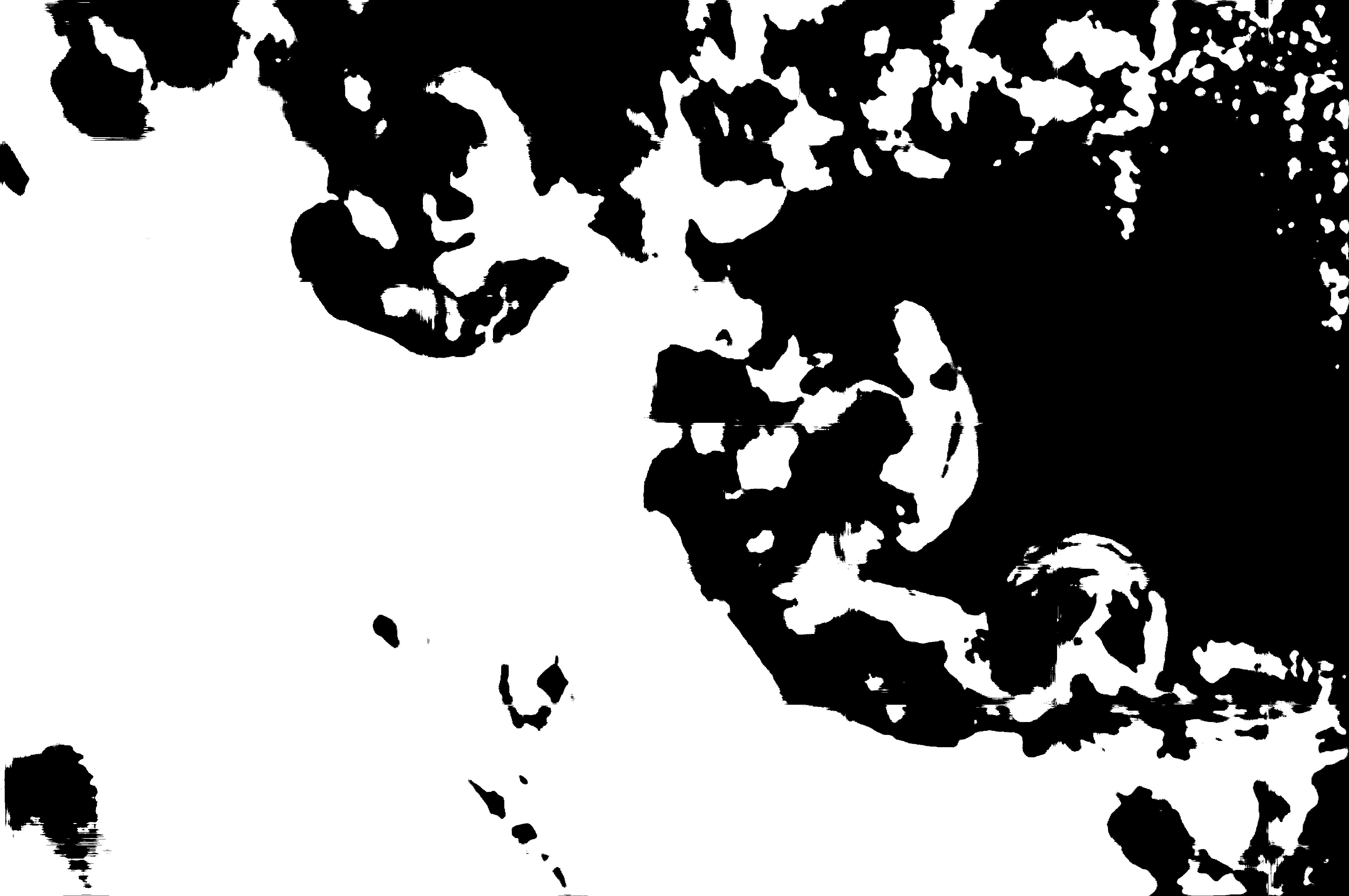 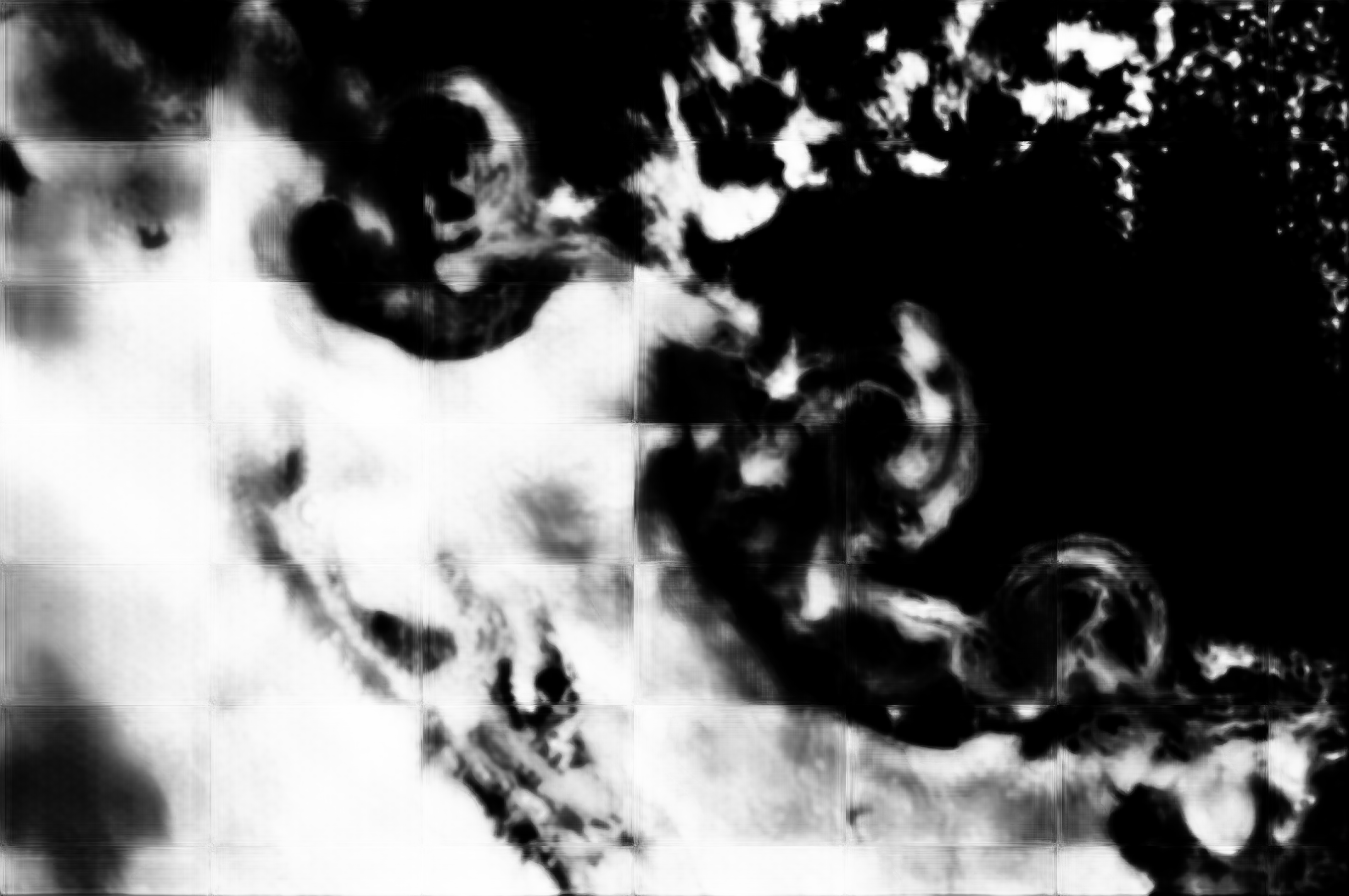 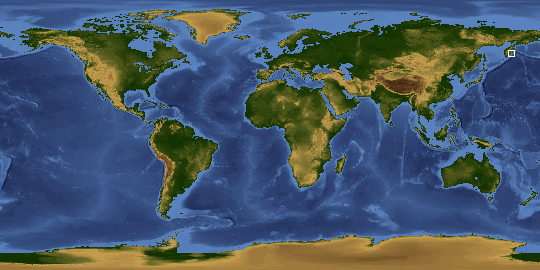 The International Space Station astronauts' vantage point from orbit frequently affords them the opportunity to observe processes that are impossible to see on the ground - or in this case the northeastern Pacific Ocean. The winter season blankets the Kamchatka Peninsula of Russia in snow, but significant amounts of sea ice can also form and collect along the coastline. As ice floes grind against each other, they produce smaller floes that can be moved by wind and water currents acting along the coastline.

The irregular southeastern coastline of Kamchatka helps to produce large circular eddy currents from the main southwestward-flowing Kamchatka current. Three such eddies are clearly highlighted by surface ice floe patterns at image center. The ice patterns are very difficult (and dangerous) to navigate in an ocean vessel - while the floes may look thin and delicate from the ISS vantage point, even the smaller ice chunks are likely several meters across. White clouds at image top right are distinguished from the sea ice and snow cover in the image by their high brightness and discontinuous nature.

The Kamchatka Peninsula also hosts many currently and historically active stratovolcanoes. Kliuchevskoi Volcano, the highest in Kamchatka (summit elevation 4835 meters) and one of the most active, had its most recent confirmed eruption in June of 2011, while Karymsky Volcano to the south likely produced ash plumes days before this image was taken; the snow cover near the volcano to the south and east of the summit is darkened, probably due to a cover of fresh ash, or melted away altogether (image bottom center). In contrast, Kronotsky Volcano - a "textbook" symmetrical cone-shaped stratovolcano - last erupted in 1923.