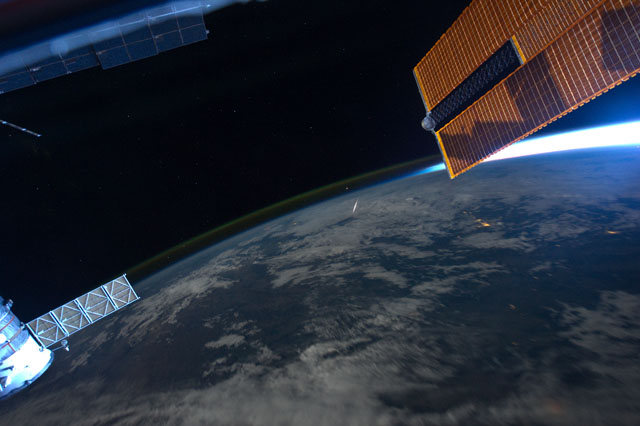 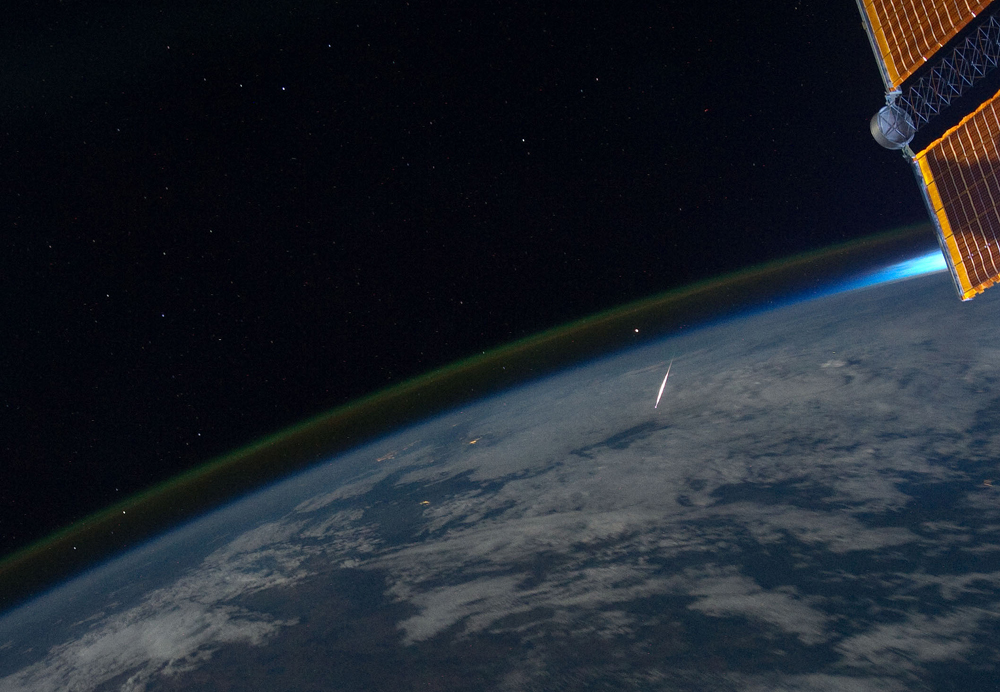 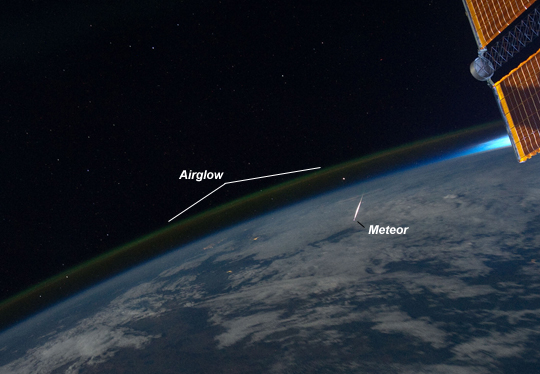 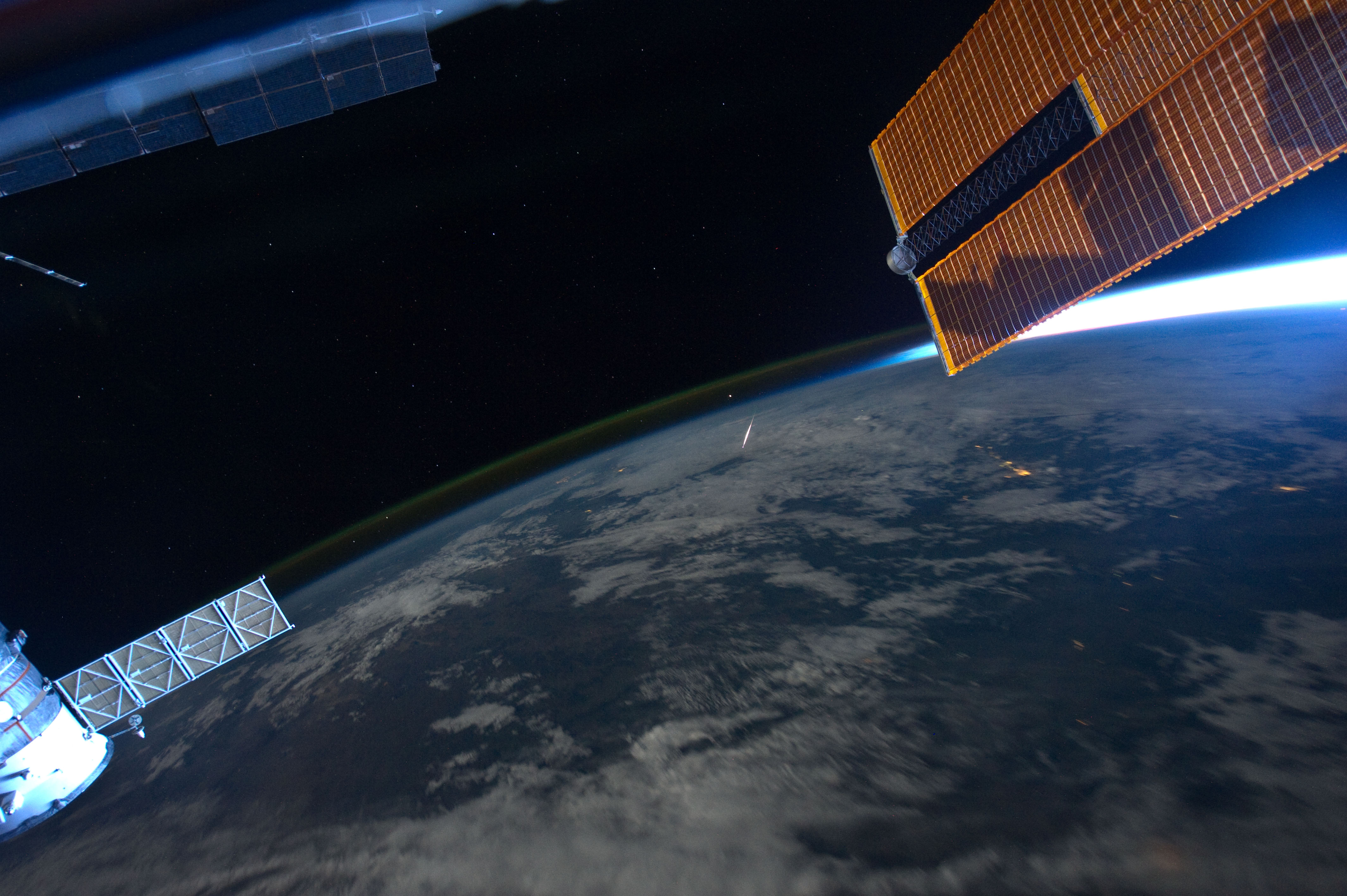 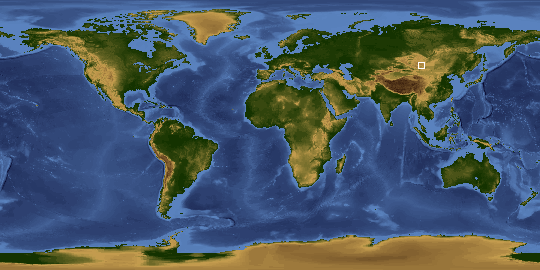 Other options available:
Download Packaged File
Download a Google Earth KML for this Image
View photo footprint information
Download a GeoTIFF for this photo
Image Caption: Looking Down on a Shooting Star

Many people have spent time outdoors, under a dark sky, watching for "shooting stars" to streak across the firmament - in some cultures this event is an occasion to make a wish, in others it is viewed as a herald of important events such as the birth of a future ruler. While not an actual star, shooting stars do come from outer space, in the form of meteoroids entering the Earth's atmosphere.

Meteoroids are small objects moving through the Solar System that are attracted to the Earth by its gravitational pull. These small objects - which are typically fragments of asteroids or comets but can also originate from the Moon or Mars- begin to heat and burn up as they collide with air molecules in the Earth's atmosphere, creating a bright vapor trail or streak. At this point, the object is known as a meteor. If any remnant of the object survives to impact the Earth's surface, it becomes known as a meteorite. While most meteorites are natural in origin, on occasion space debris in orbit can reenter the atmosphere and also become a meteor - or even a meteorite!

This astronaut photograph, taken from the International Space Station when it was over an area of China approximately 400 km to the northwest of Beijing, provides the unusual perspective of looking down on a meteor (image center) as it passes through the atmosphere. The image was taken on August 13, 2011 during the Perseid Meteor Shower that occurs every year in August. The Perseid meteors are particles that originate from the comet Swift-Tuttle along its orbit path; the comet's orbit is close enough for these particles to be swept up by the Earth's gravitational field every year - leading to one of the most dependable meteor shower displays.

Green and dim yellow airglow appears as thin layers visible above the limb of the Earth, extending from image left to upper image right. Atoms and molecules above 50 kilometers in the atmosphere are excited by sunlight during the day, and then release this energy at night producing primarily green light observable from orbit. Part of a Station solar panel array is visible at image upper right; behind the panel, a bright region indicates the Sun low on the horizon.