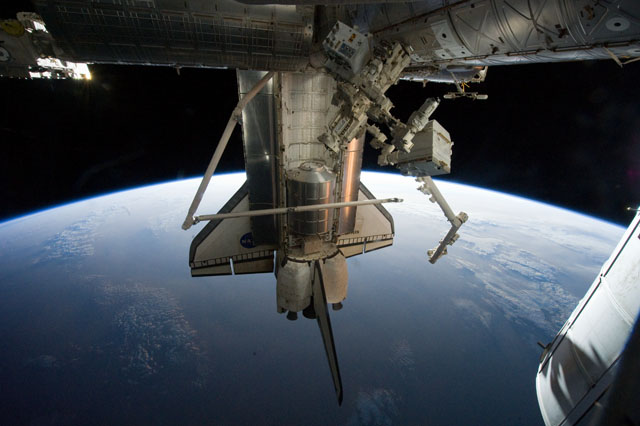 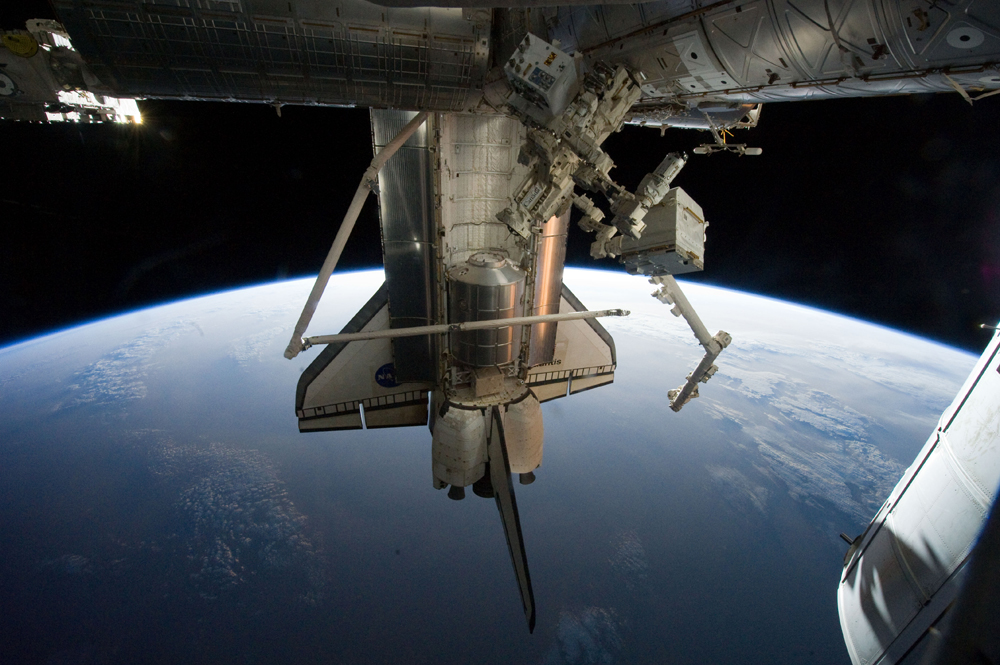 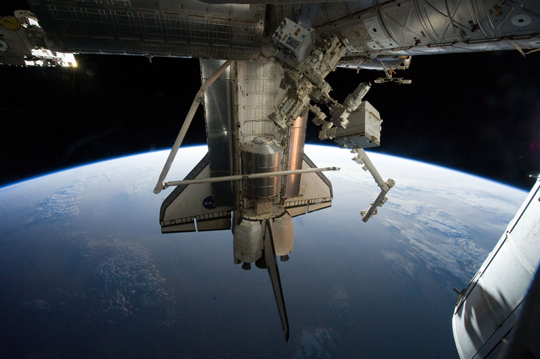 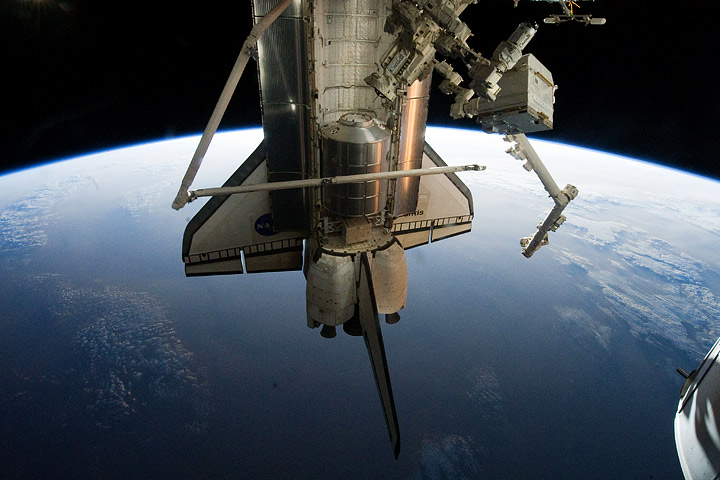 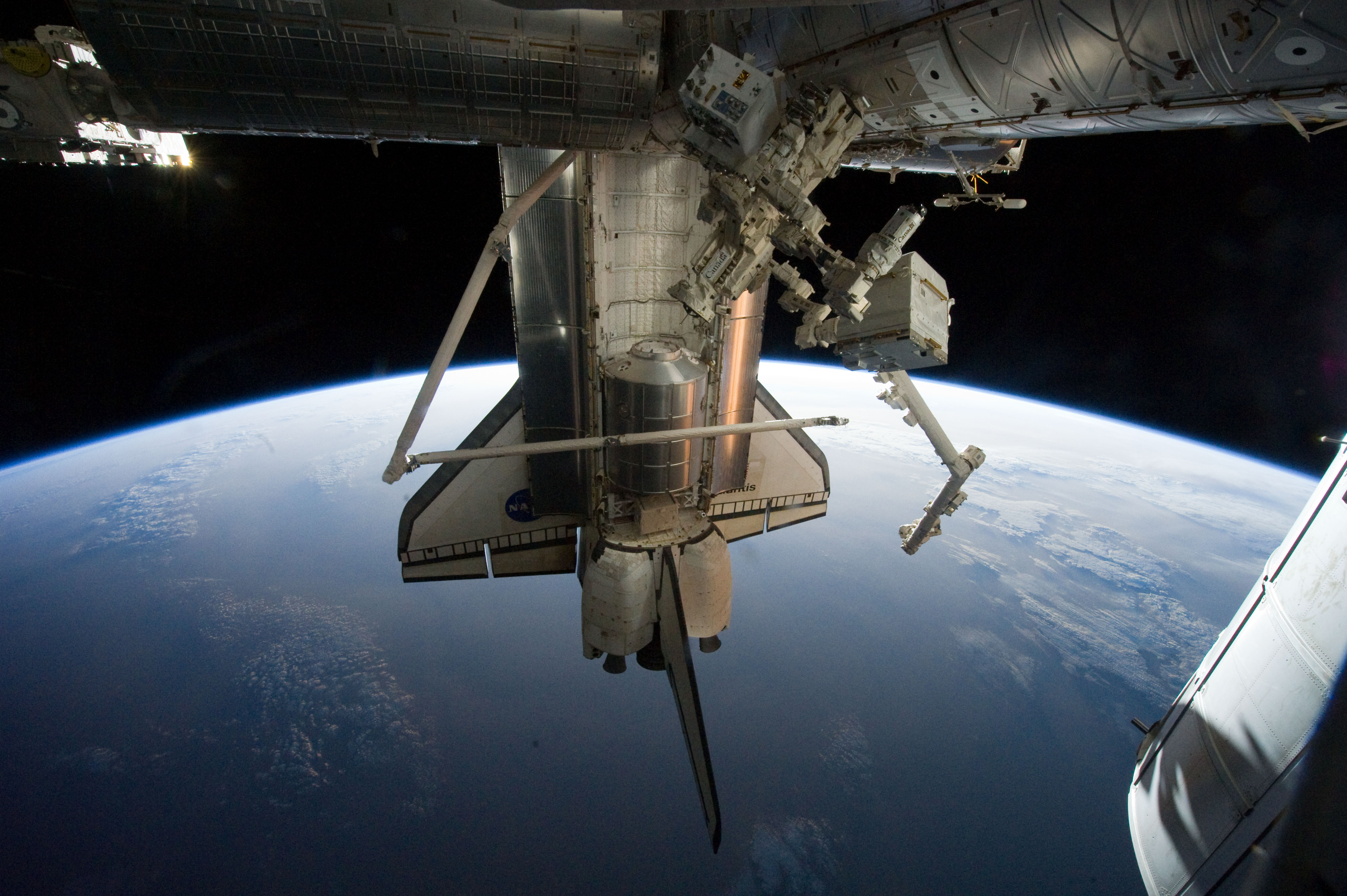 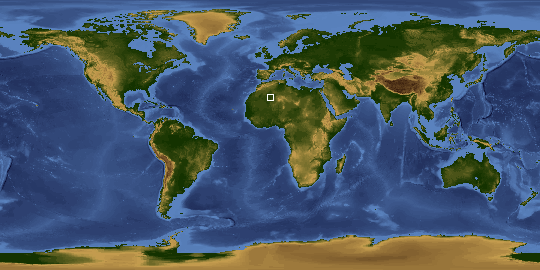 Silhouetted against the Earth, Atlantis flies into the rising Sun in this photograph taken by an astronaut on the International Space Station on July 19, 2011. On July 20, the shuttle undocked from the station for the final time and began preparations to return home. During their 13 days in space, the shuttle astronauts supplied the International Space Station with a new logistics module, tested tools, technologies, and techniques to refuel satellites in space, and collected old equipment from the space station.

Atlantis is scheduled to land at Kennedy Space Center at 5:56 a.m. local time on July 21, concluding NASA's 30-year space shuttle program. In addition to the science the shuttle and earlier programs enabled, human space flight has given us a unique view of planet Earth, which includes the now iconic spectacle of Earth rising over the Moon taken during the first lunar landing on July 20, 1969, and the photographs taken from Atlantis during its last full day in space on July 20, 2011. In fact every flight is a mission to planet Earth, as described in the Earth Observatory's tribute to the shuttle program.

Observing Earth from space is one of the NASA's longest-standing science experiments. Astronauts have used handheld cameras to photograph the Earth since the Mercury missions in the early 1960s, taking more than 800,000 photographs of Earth. Half of that total has come from the 135 flights of the Space Shuttle program.

"Astronauts are like tourists going to an exotic place, and we know they are going to take photos," said Kam Lulla. "Early in the space program, NASA decided that if they were going to do this anyway, let's get some science content out of it." That was a wise decision.

Astronauts are still being trained for the view from space. The Space Shuttle program is ending, but the International Space Station offers its own vantage point of the planet--and astronauts will still be heading there for another decade.