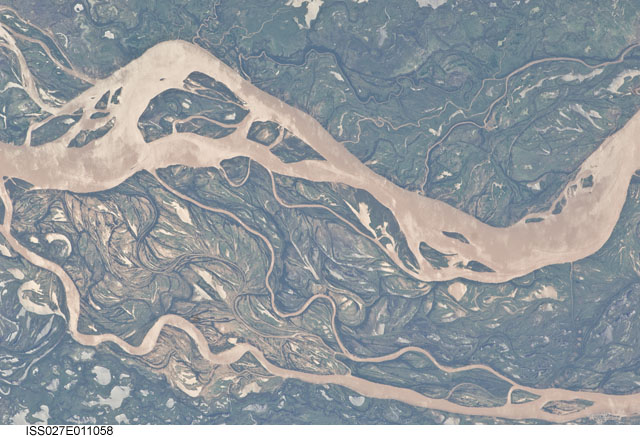 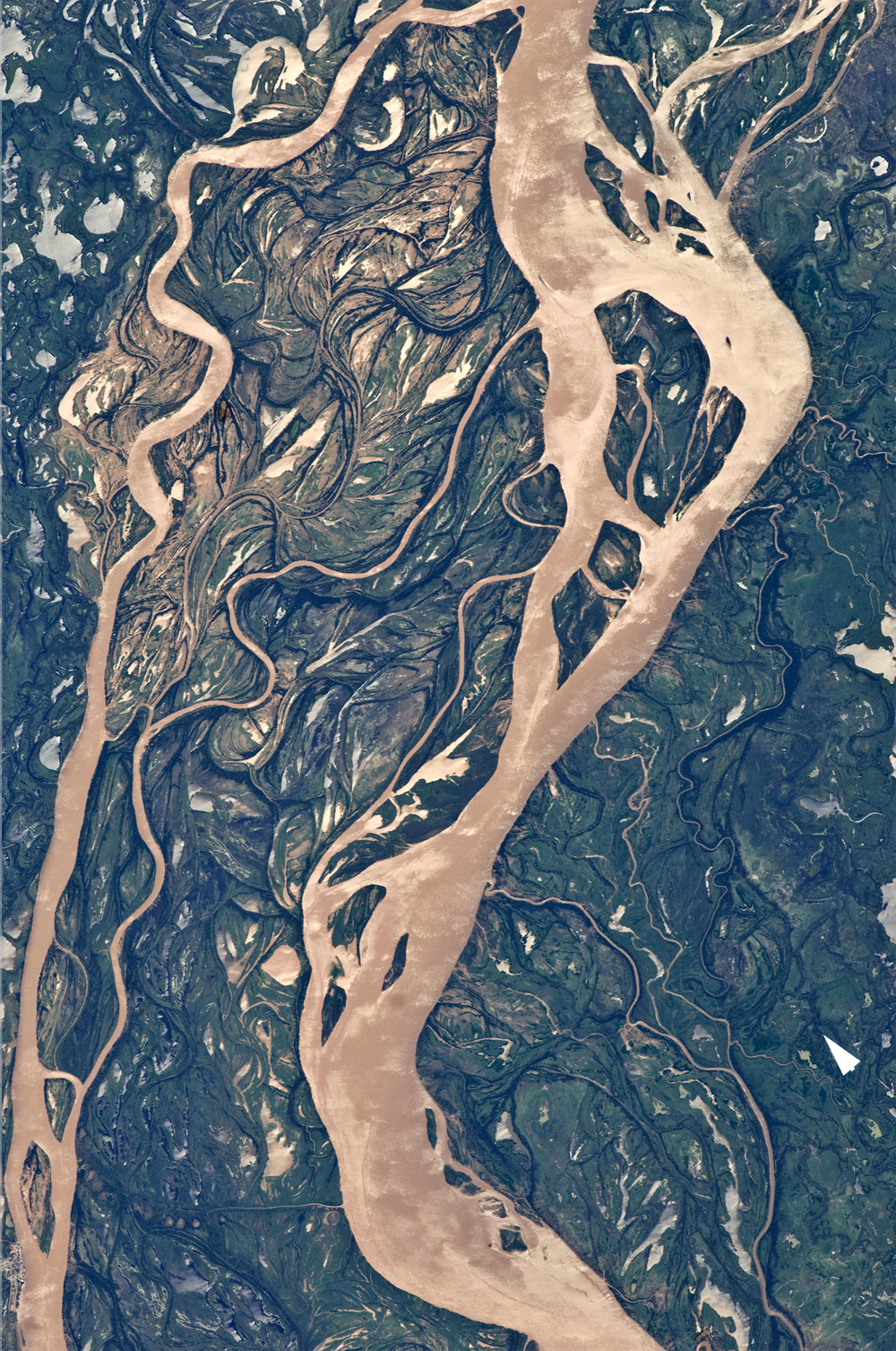 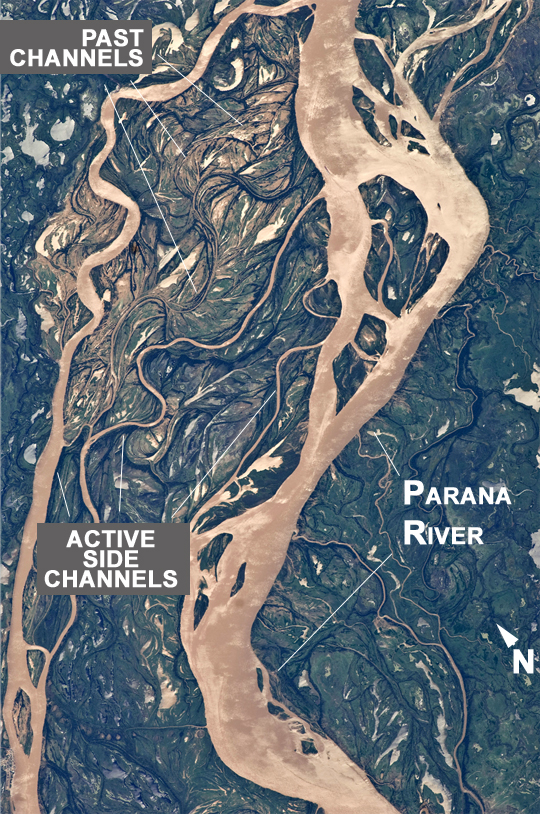 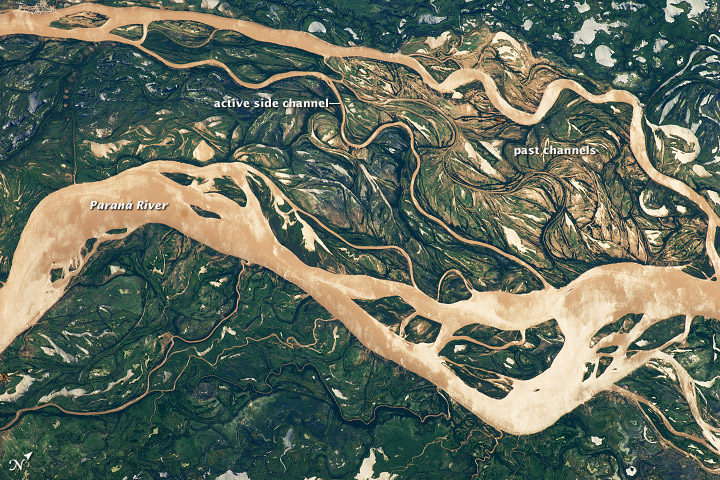 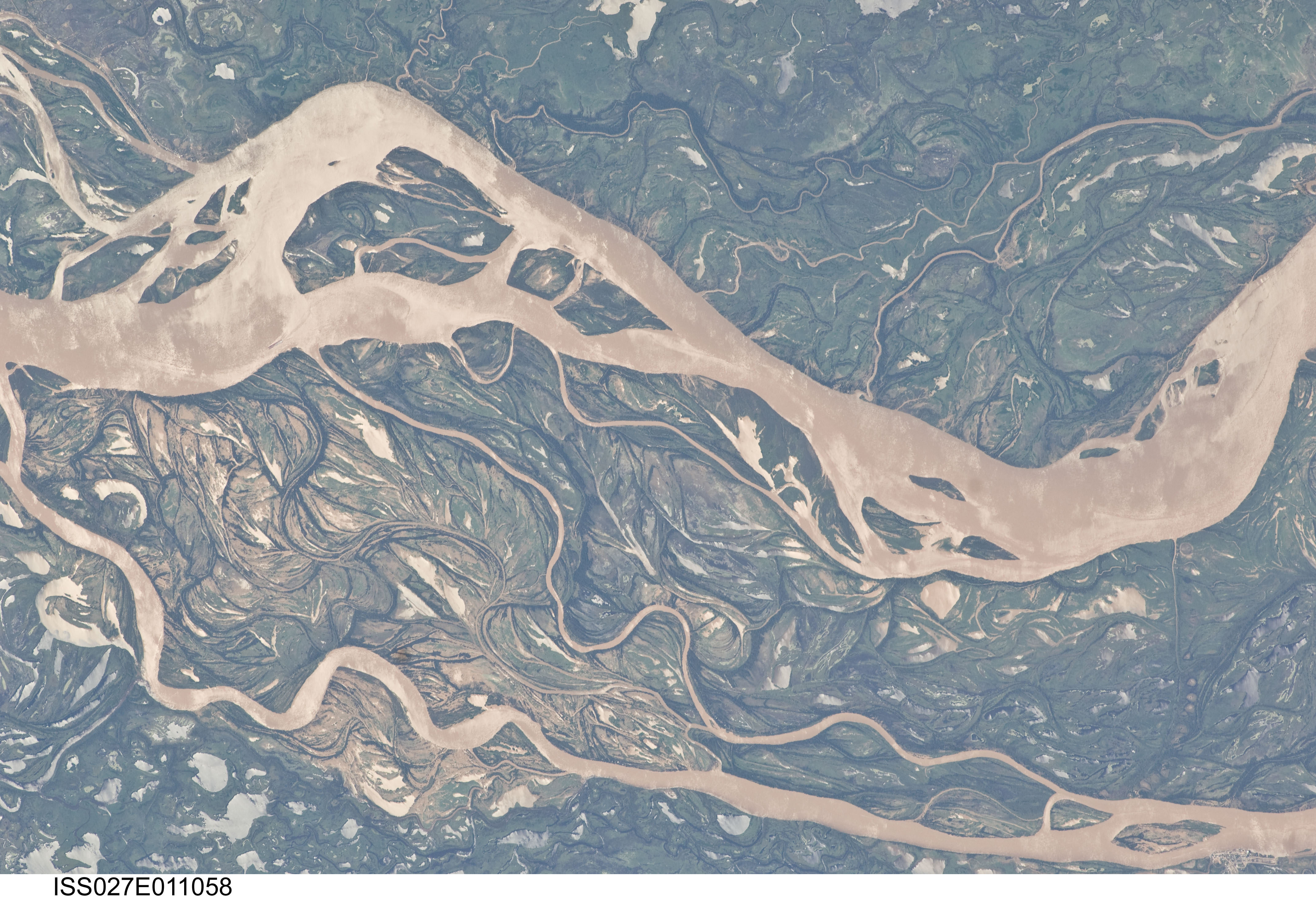 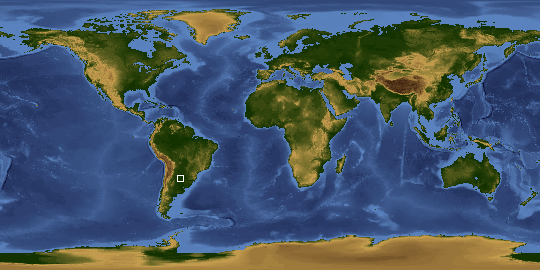 This astronaut photograph shows a 29-km stretch of the Parana River, South America's second largest river, downstream of the small city of Goya (barely distinguishable as grayer surfaces in the extreme top right corner of the image). The Parana River ranges up to 3 km wide along the reach illustrated in the image. Its strong brown color indicates that it is carrying a heavy load of muddy sediment. Smaller active side channels also carry this muddy water. Numerous lakes are typical on active floodplains, and appear here as irregular bodies of water. Some appear brown, indicating that they have been refilled during recent higher flood levels of the active channels.

The main channel Parana River (image right) is deep enough to allow smaller ocean-going ships to pass north of the illustrated region to the capital city of Asuncion in landlocked Paraguay, fully 1200 km inland (well out of the image). The Parana River is thus an important transportation route for landlocked cities such as Asuncion and inland cities of eastern landlocked Bolivia and inland Brazil.

The Parana floodplain occupies the entire image; it is so wide--18 km in this view--that its banks are not visible. Numerous curved, or meandering past channels are the most prominent characteristic of the floodplain. These indicate prior positions of rivers. As river beds move laterally by natural processes, they leave remnants of their channels, which appear as lakes, and finally fill with mud. This is an excellent image for illustrating these meander forms. Other astronaut photographs are available showing more examples of strong meandering--on the Rio Negro of southern Argentina, the Marmore River of Bolivia, and the Amazon River of western Brazil.

From a geological standpoint it is interesting that almost all the past channels are similar in curvature to the smaller active side rivers; almost no forms show, in any obvious way, prior positions of the main, very wide Parana channel. The reverse might be expected since the main channel is so dominant in the modern landscape.