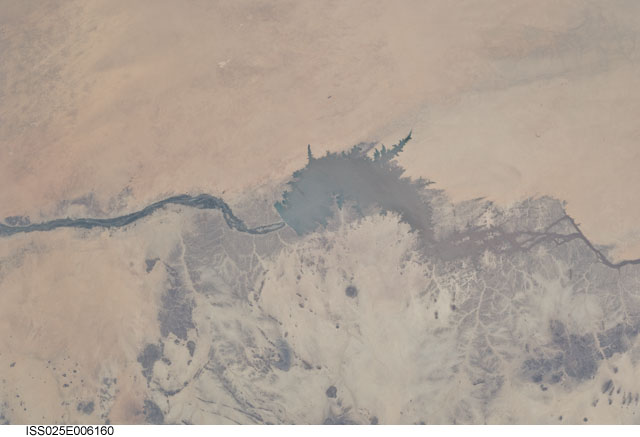 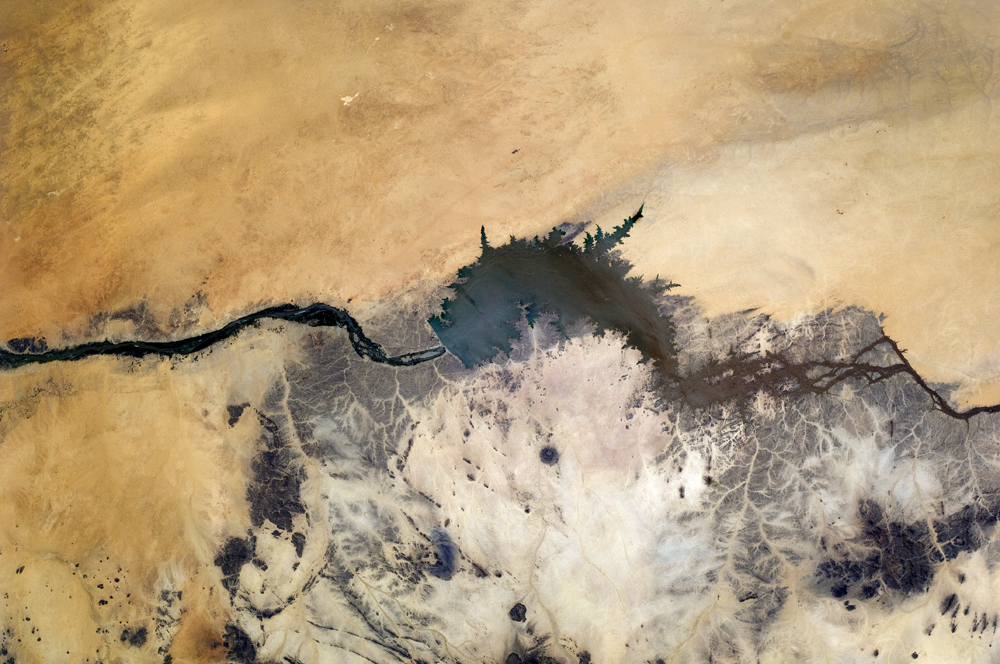 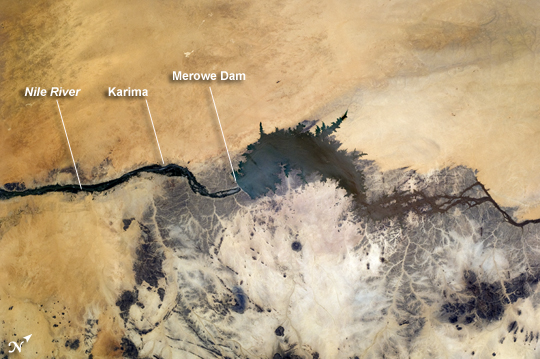 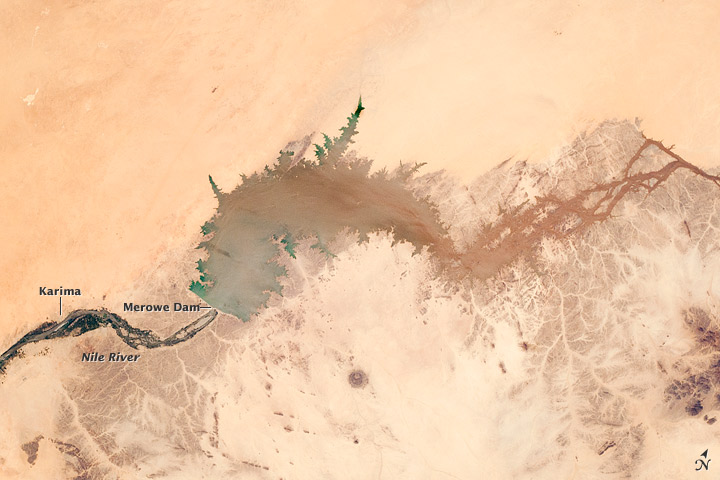 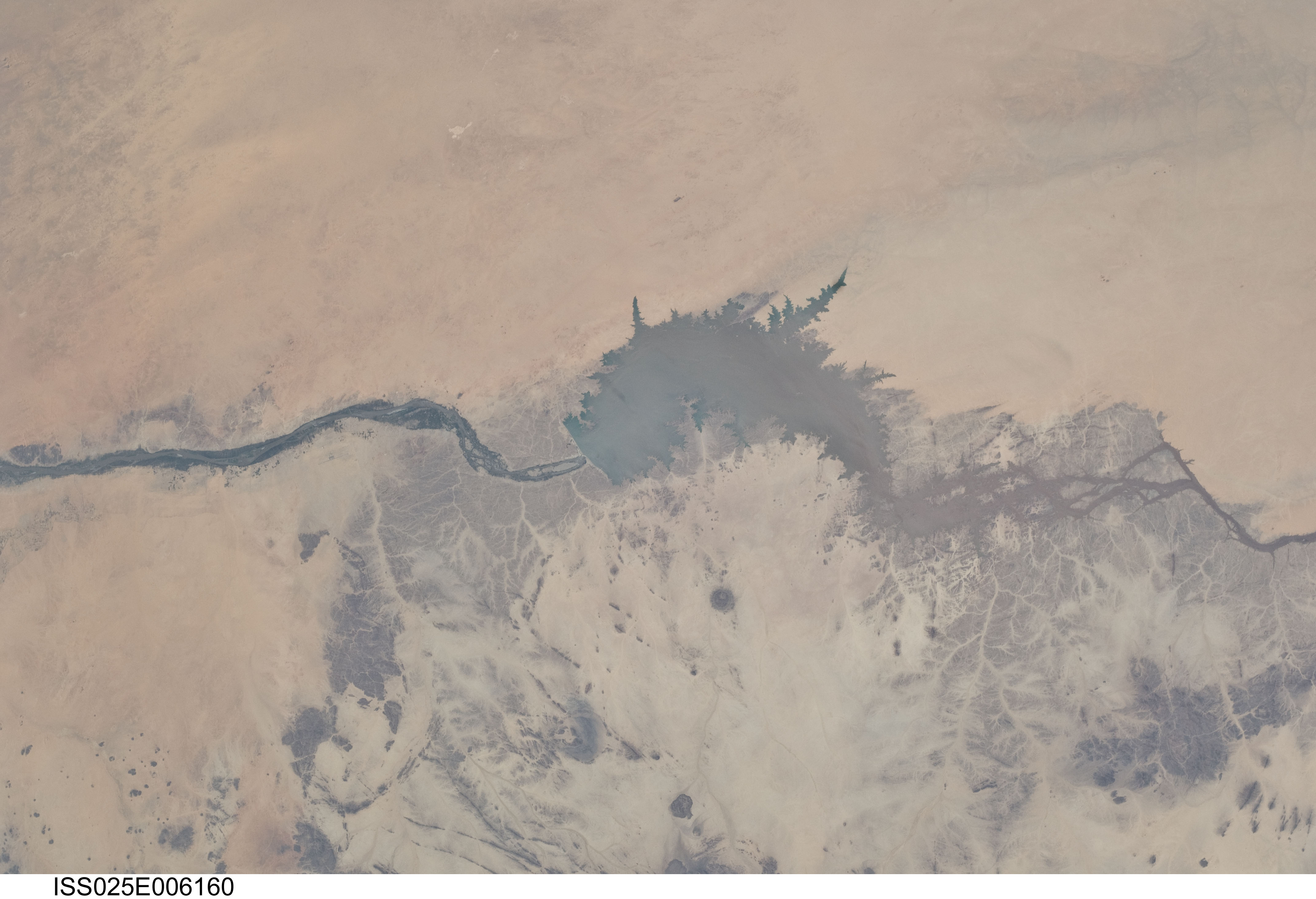 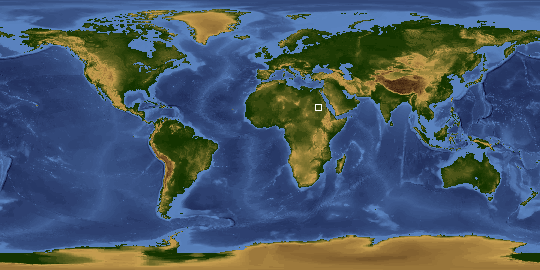 The Merowe Dam is located near the 4th cataract of the Nile River, in the Nubian Desert of the Republic of the Sudan (also known as Sudan). The dam was built to generate hydroelectric power--electricity intended to further industrial and agricultural development of the country. This astronaut photograph illustrates the current extent of the reservoir, which has been filling behind the dam since the final spill gate was closed in 2008. The Merowe Dam is located approximately 350 kilometer (215 miles) to the northwest of Sudan's capital, Khartoum. The nearest settlement downstream of the dam is Karima.

Following Sudan's independence from Egypt and the United Kingdom in 1956, allocation and control of Nile River water was divided between Egypt and Sudan by the Nile Waters Treaty signed in 1959. Today, other countries within the Nile basin--including Ethiopia, Kenya, Rwanda, Tanzania, and Uganda--are seeking more equitable allocation and utilization of the water and recently (2010) signed a new water use pact challenging the 1959 treaty.

Beyond the issues of water rights, several local tribes will be displaced by the planned 170 kilometer (105 mile) reservoir, and the flooded region contains significant but little-studied archeological sites. The Sudanese government has a resettlement program in place for the tribes, and a variety of international institutions have been conducting "salvage " or "rescue" archeological surveys since 1999. Such rescue surveys seek to preserve as much information as possible from sites that will be destroyed or otherwise made inaccessible (in this case by flooding).