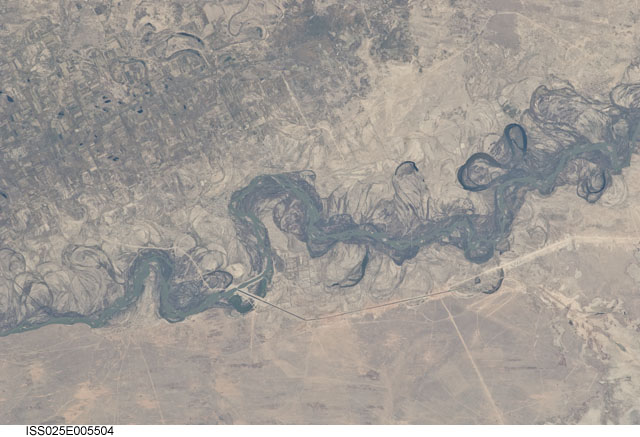 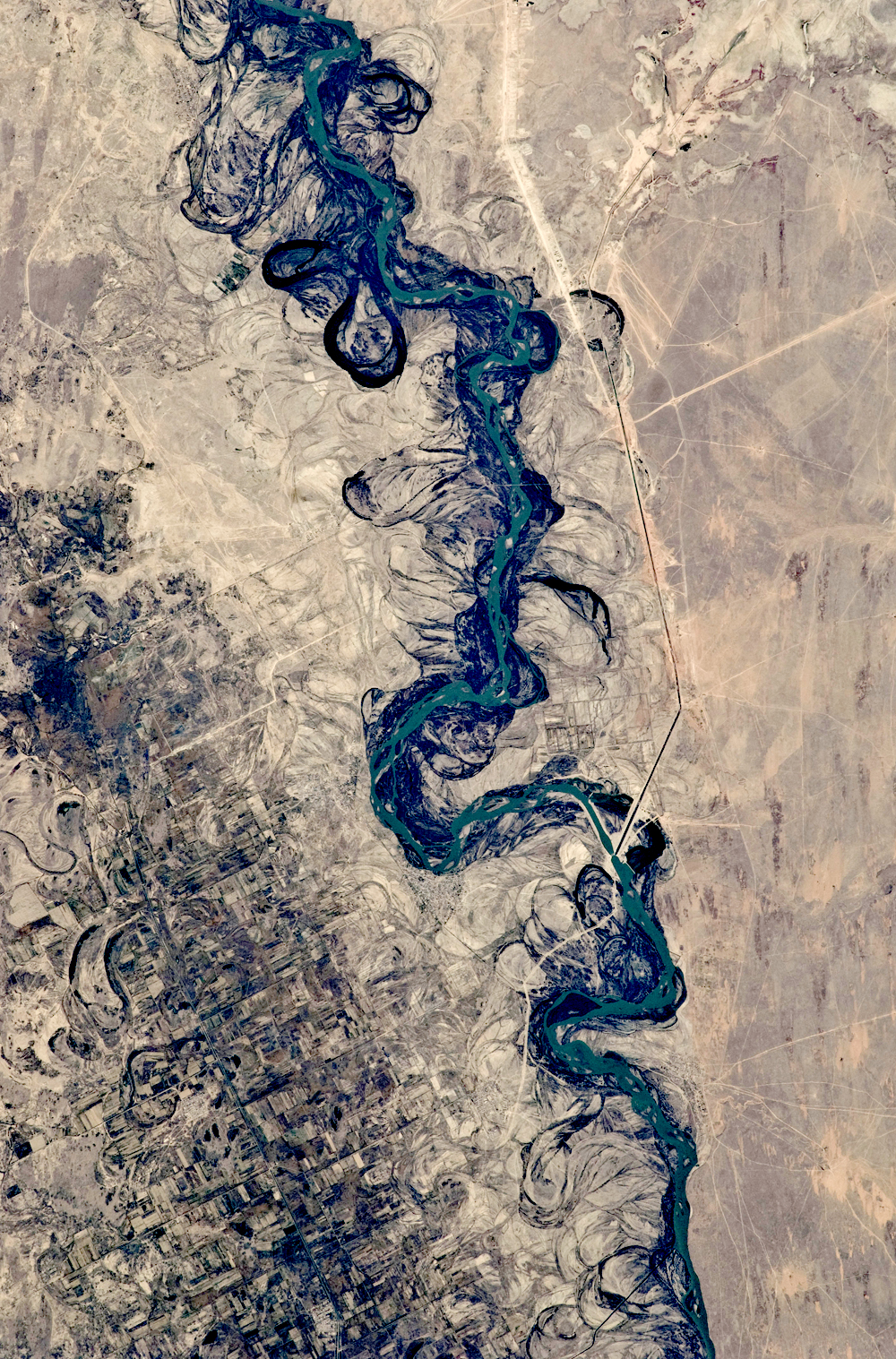 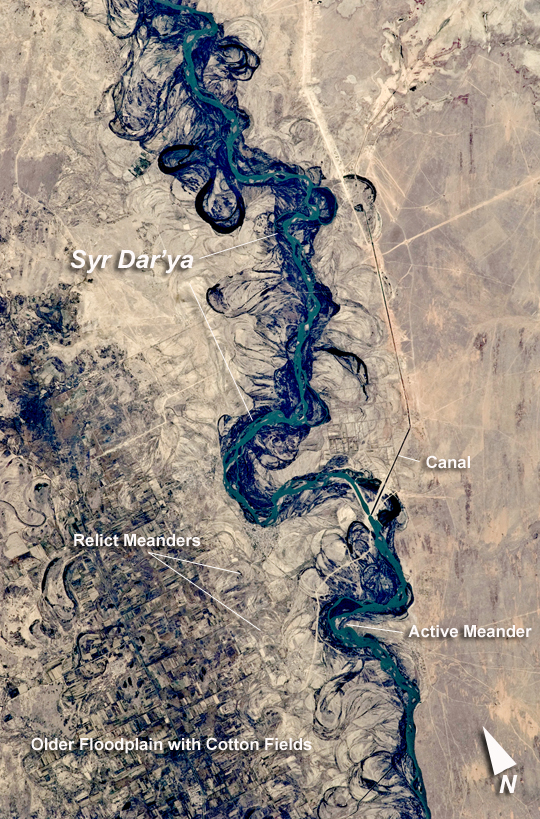 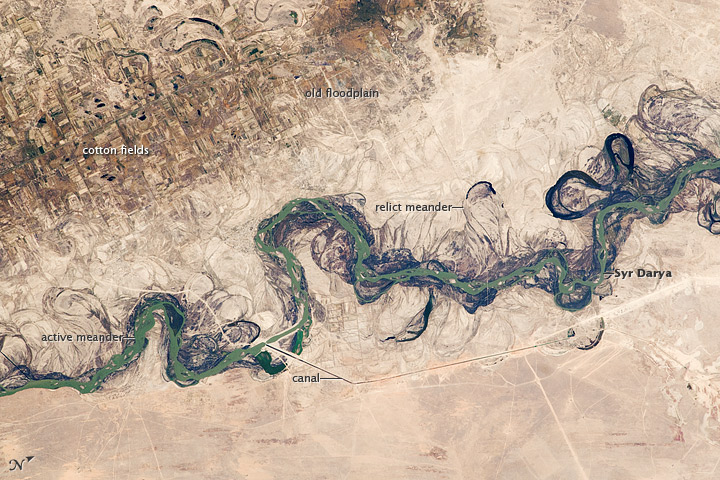 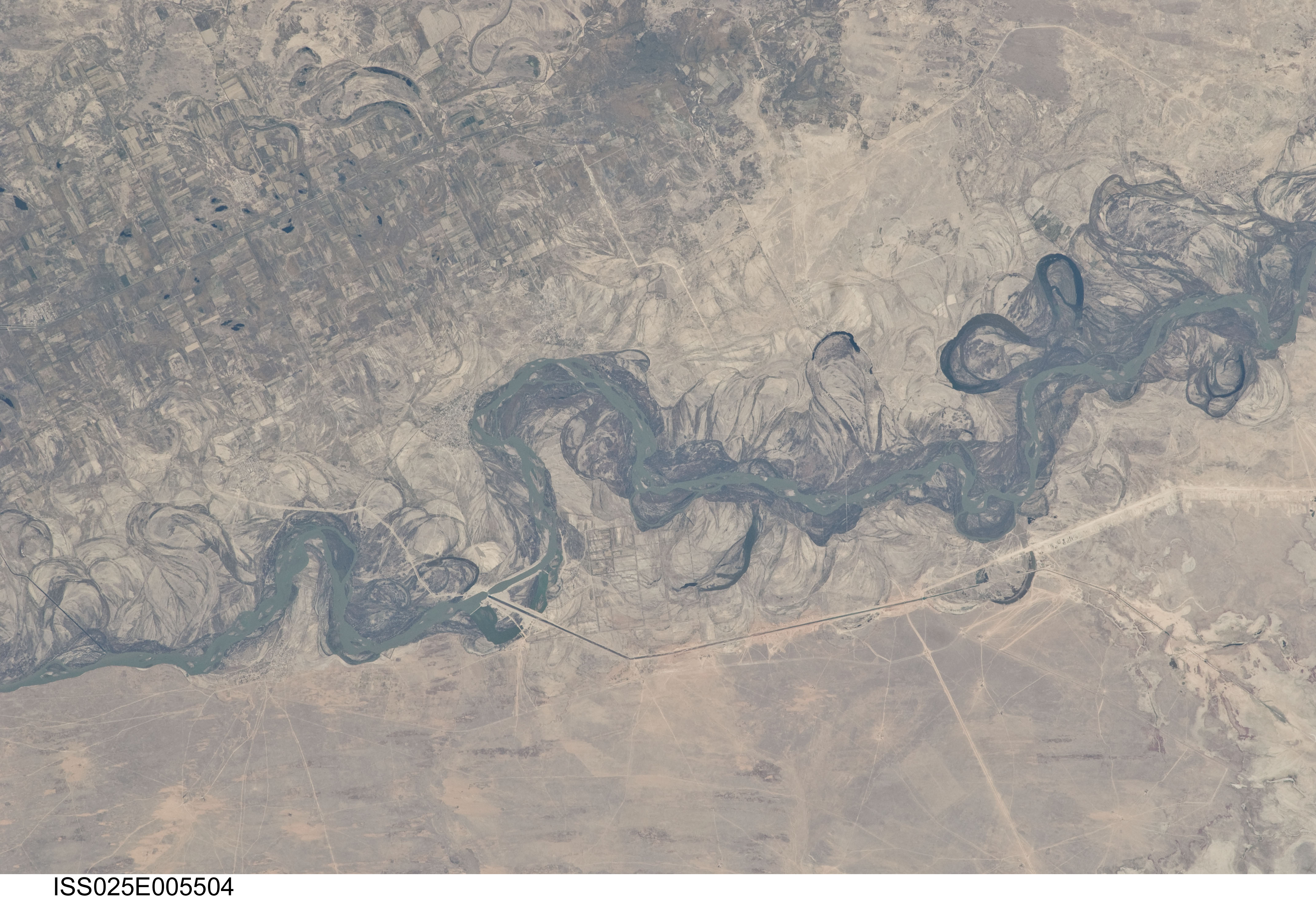 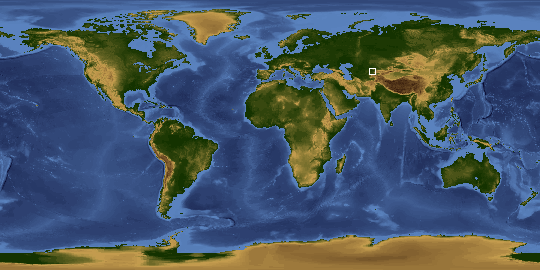 Central Asia's most important cotton-growing region is concentrated in the floodplain of the Syr Darya. The river was one of the farthest points reached by the ancient Greek leader Alexander of Macedon (or Alexander the Great).

The floodplain is shown here as a tangle of twisting meanders and loops (image center). The darkest areas are brushy vegetation along the present course (filled with blue-green water); wisps of vegetation are also visible along flanking swampy depressions, or sloughs. An older floodplain appears as more diffuse dark vegetation (image upper left), where relict bends are overlain by a rectangular pattern of cotton fields. The straight channel of a new diversion canal--one of 16 from this point downstream--can be seen along the east bank of the river. The older floodplain is fed from the Chardara Reservoir, immediately upstream (not shown). Half the river flow is controlled from reservoirs, and half from direct water take-off from canals. In contrast to the intensive agricultural use of water shown here, water control in the mountain valleys upstream is oriented more toward power generation.

The river flows for 2,200 kilometers, from the Tien Shan Mountains west and northwest to the Aral Sea--the dying waterbody at the low point of the basin. Water has been withdrawn from the river for agriculture for many decades. Although the Syr Darya is the second largest river flowing into the Aral Sea, its discharge is not very large and it is easily depleted. Control of the river is vested in the Syr Darya Basin Water Organization, run by nations with territory in the watershed. Some of the organization's main efforts include accurate gauging of water use and repair of canals to reduce widespread water leakage.

Alexander the Great reached the Syr Darya in 329 BCE. On the north bank of the river (just beyond the lower left of this image) his army clashed with the local nomads. The river is consequently better known in the West by its Greek name, Jaxartes. From here, Alexander marched south through Afghanistan to the Indus River plains in Pakistan before starting the long march back. He died before reaching his homeland.