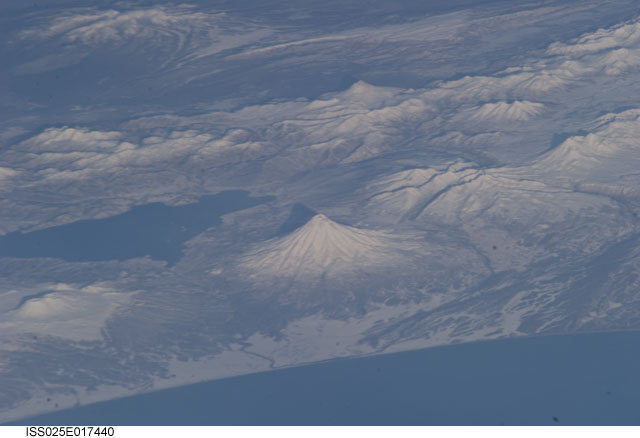 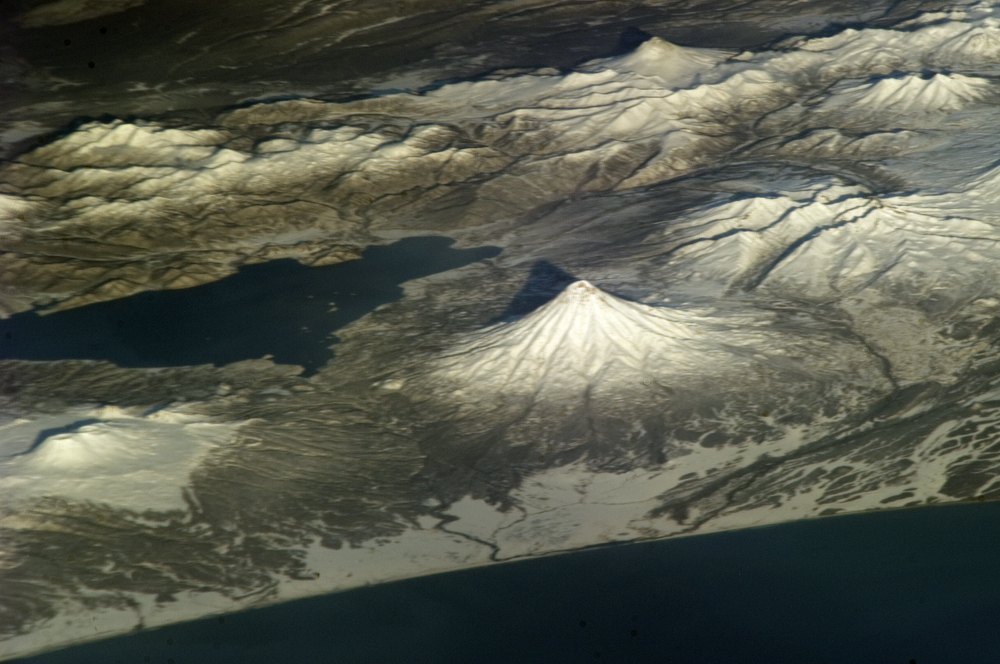 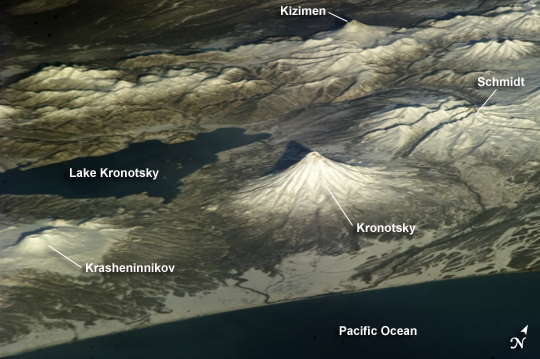 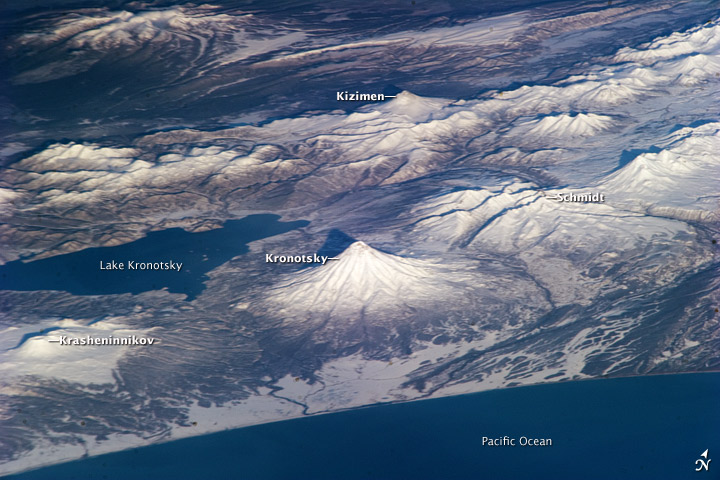 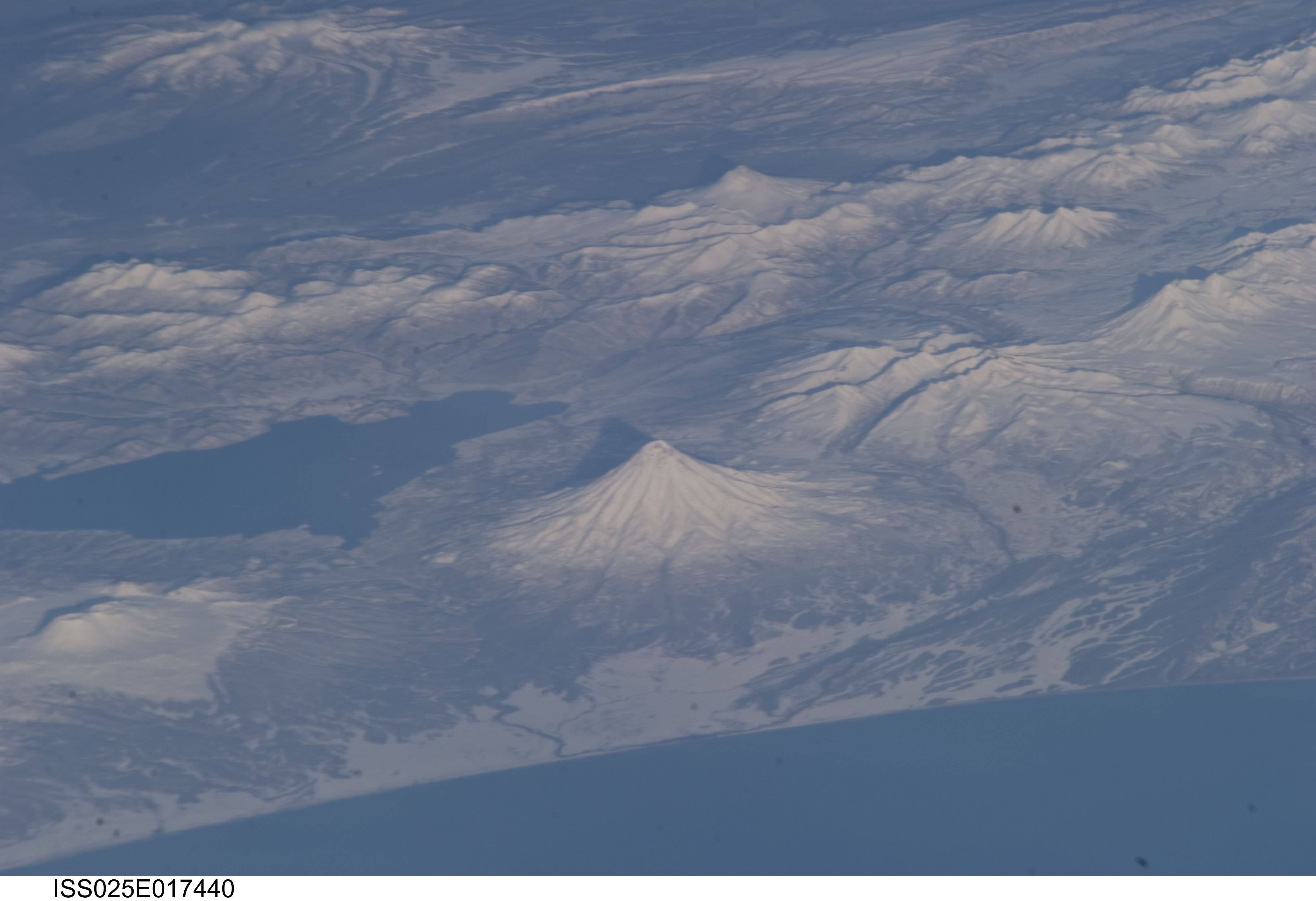 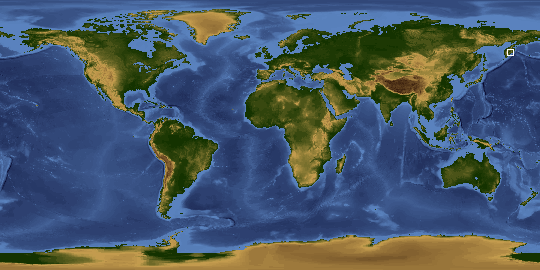 This astronaut photograph of snow-covered volcanoes on Russia's Kamchatka Peninsula illustrates one of the unique attributes of the International Space Station-- the ability to view landscapes at an angle, rather than the straight-down view typical of many satellite-based sensors. This oblique view, together with shadows cast by the volcanoes and mountains, provides perspective about the topography of the region.

Schmidt Volcano, to the north of Kronotsky, has the morphology of a shield volcano and is not known to have erupted since humans have been keeping records.

To the south (left) is Krasheninnikov, comprised of overlapping stratovolcanoes that formed within an earlier caldera. Krasheninnikov may have last erupted in 1550. Two summit craters are clearly visible.

The Kamchatka Peninsula lies along the so-called Pacific "Ring of Fire." The ring is characterized by active volcanoes and frequent earthquakes associated with the many active subduction and transform boundary zones around the Pacific tectonic plate. There are 114 volcanoes on the Kamchatka Peninsula that have erupted during the Holocene Epoch (approximately 12,000 years ago to the present).