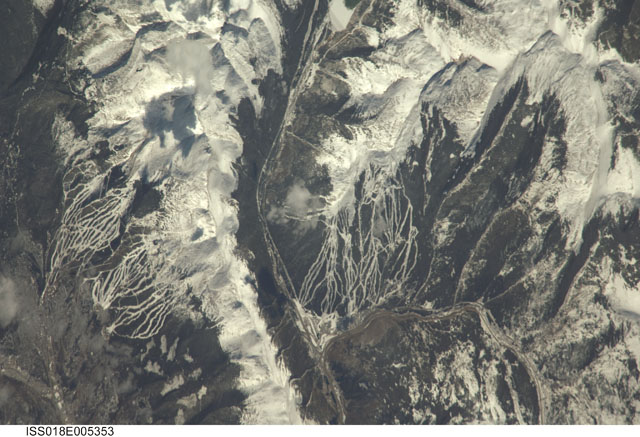 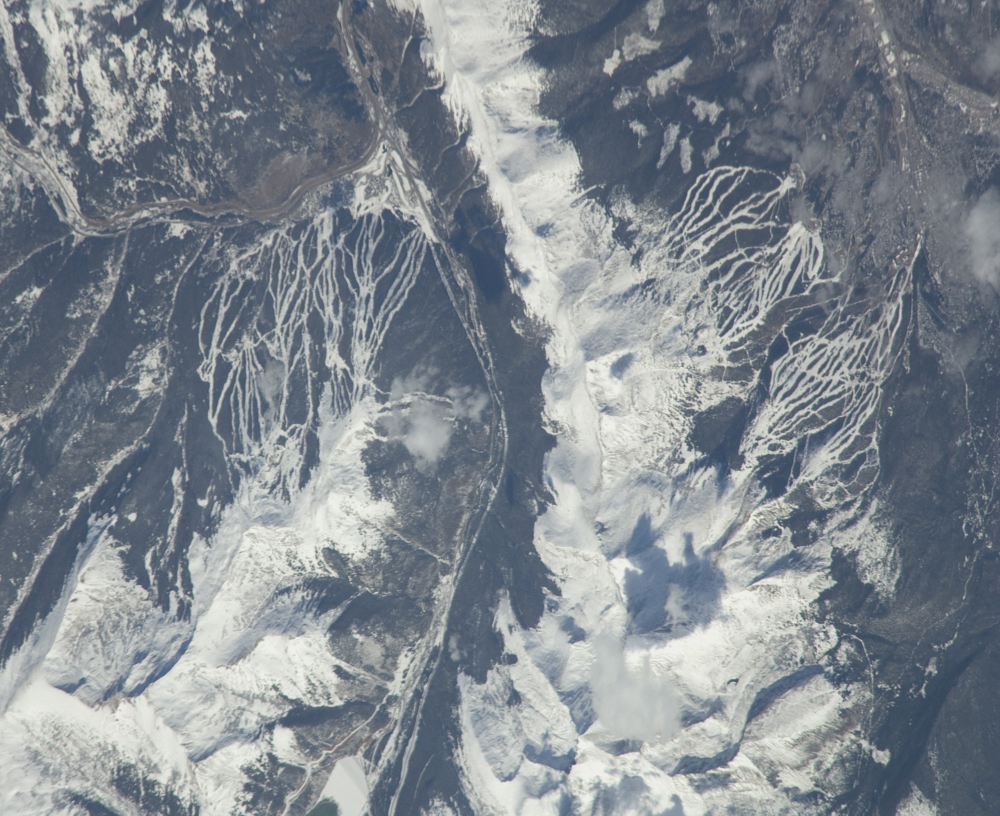 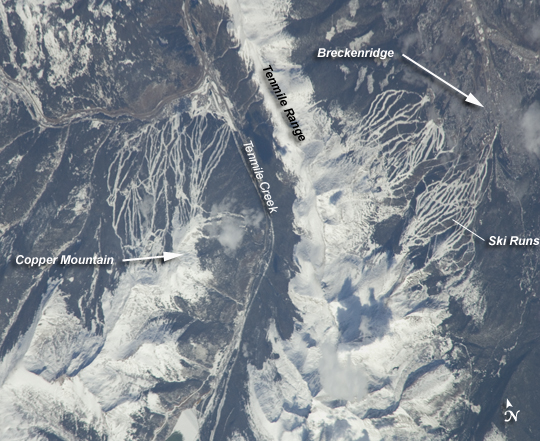 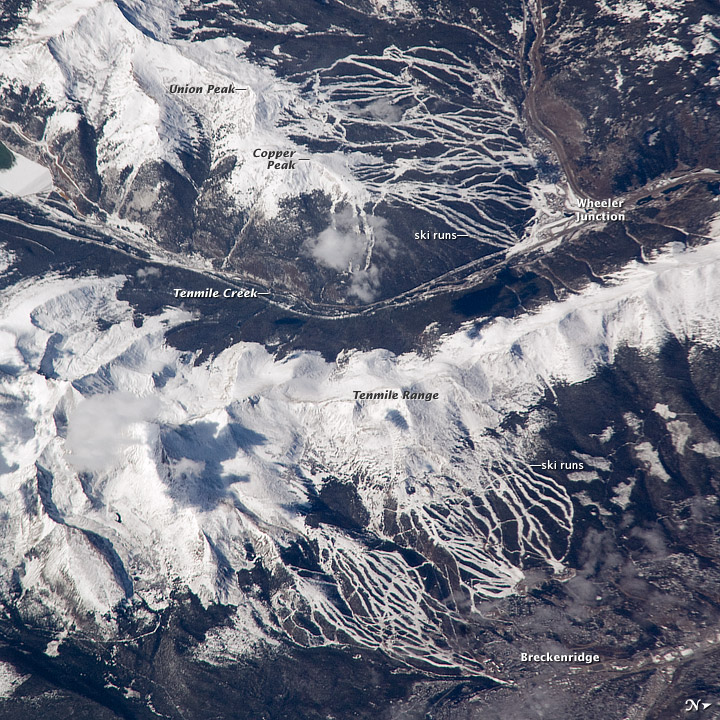 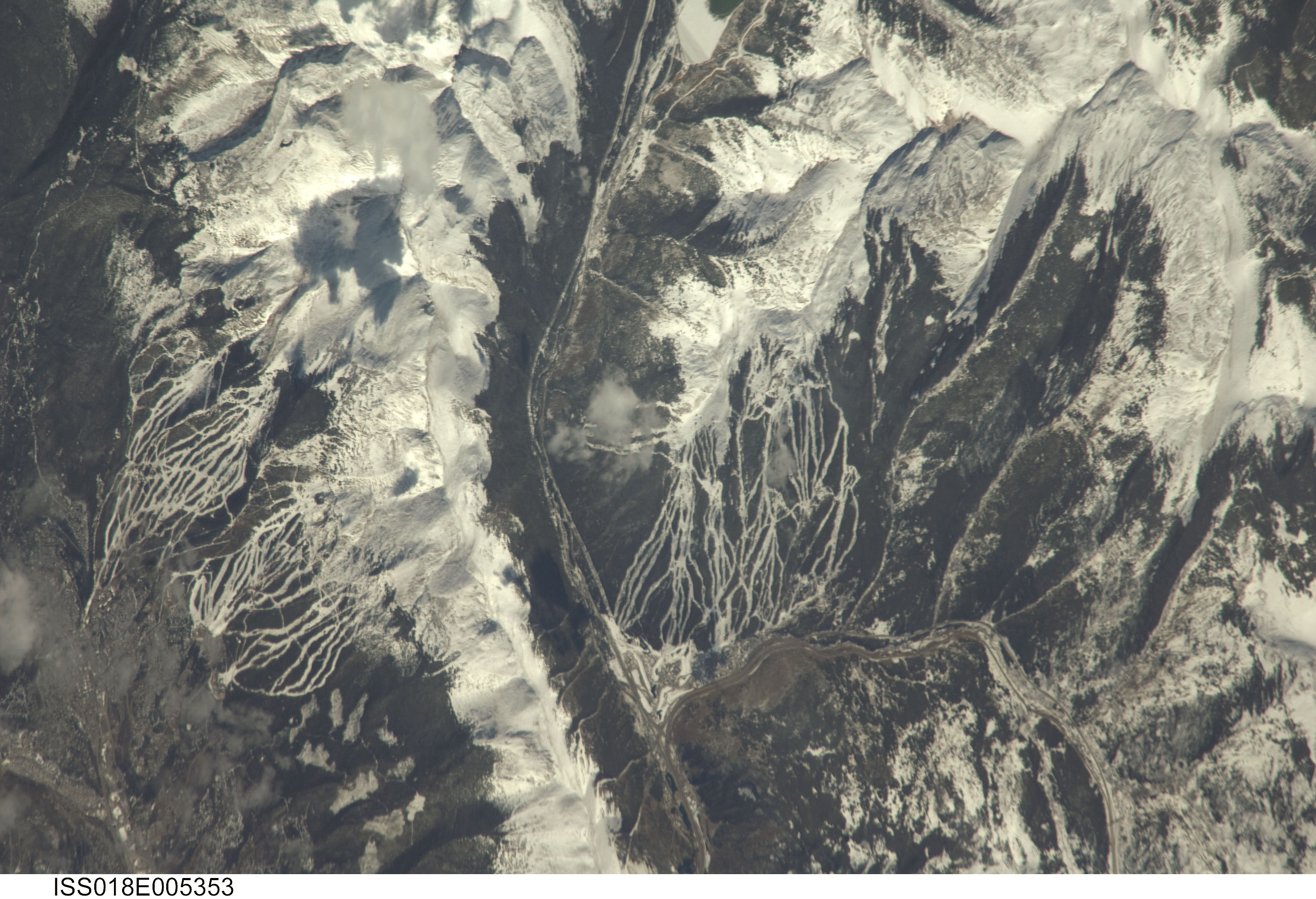 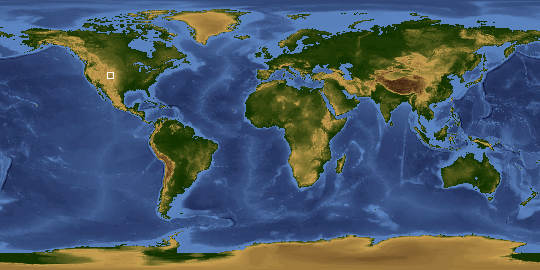 Located in the Colorado Rocky Mountains, Tenmile Range and Copper Mountain are among the state's meccas for winter sports. In this astronaut photo, the Breckenridge and Copper Mountain ski areas are clearly visible as the snow-covered ski runs stand out from the surrounding darker forest. Tenmile Range has mountain peaks that are named Peaks 1 through Peaks 10. The Breckenridge ski area uses Peaks 7-10, which range from 3,850 meters (12,631 feet) to 4,150 meters (13,615 feet). Tenmile Creek flows in an unusually straight course through 900-meter (about 3,000-foot) deep Tenmile Canyon, which follows a north-northeast fault line.

The snow-covered peaks clearly delineate the tree line at an elevation of around 3,350 meters (11,000 feet). Annual average snowfall ranges between 7.21 meters (284 inches) at Copper Mountain to 7.62 meters (300 inches) at Breckenridge. Before recreation became the main industry, miners were attracted to the area in the mid-1800s following discoveries of gold, silver, lead, and zinc. The towns of Breckenridge and Wheeler Junction (at the base of Copper Mountain ski area) were born out of the surge to settle the West during the Pike's Peak Gold Rush.

While there was snow on the peaks of the Tenmile Range when this astronaut photo was captured on October 24, 2008, the months of October and November 2008 saw little accumulation in the area of Breckenridge. The situation changed in early December 2008, when more snow fell in eight days than in the preceding two months. The late, but significant, snowfall boosted the snow pack back to expected levels for that time of year. Snow pack in the Rockies is important not only for recreation, but also as a major part of the water supply for ecosystems and people.