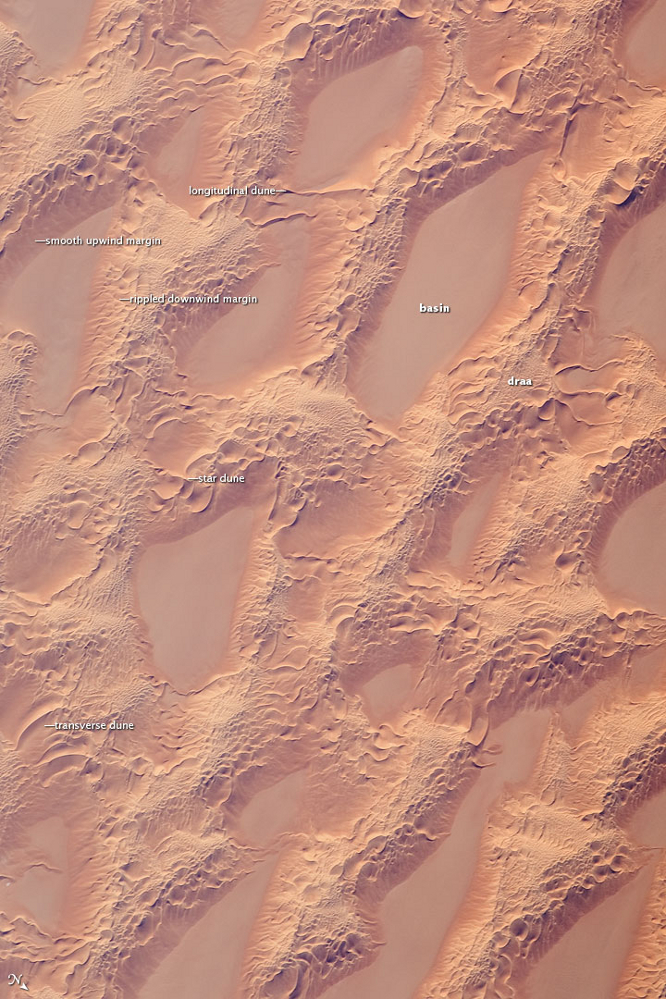 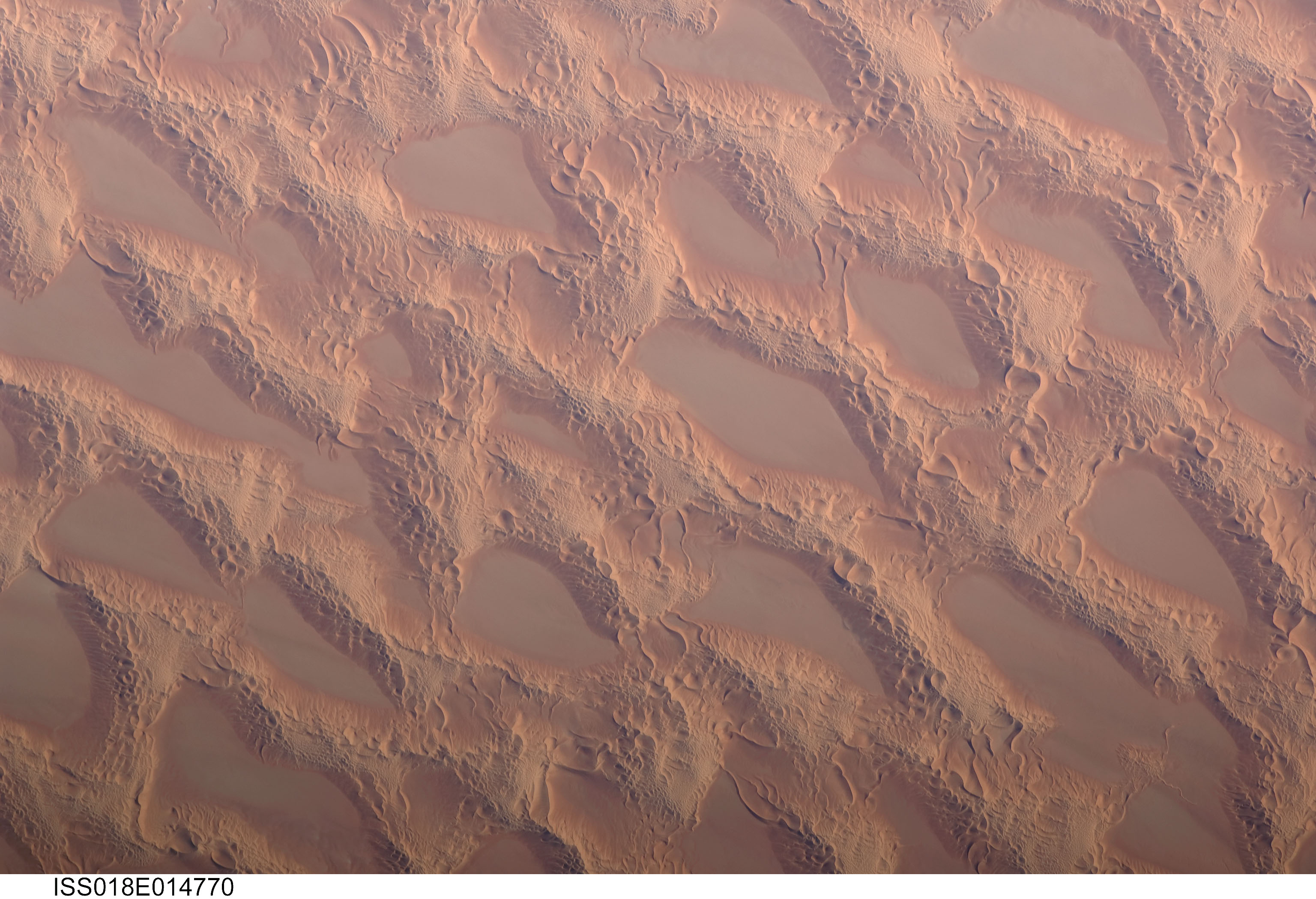 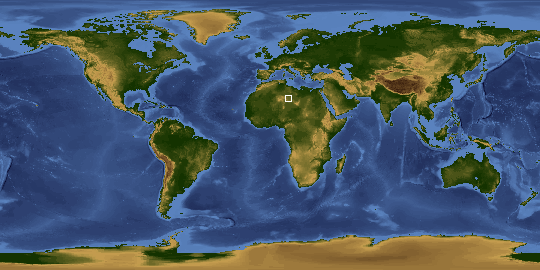 This detailed astronaut photograph, taken from low earth orbit, shows classic large and small sand masses of the central Sahara Desert, where wind is a more powerful land-shaping agent than water. "Draa" dunes (from the Arabic for "arm") are very large masses of sand, and they appear here as the broad network of yellow-orange sand masses, with smooth-floored, almost sand-free basins between them. These sand masses lie in the western part of Libya's vast Marzuq Sand Sea (centered at 24.5 degrees north, 12 degrees east). Geologists think that the draa of the Marzuq were probably formed by winds different from the prevailing north-northeast winds of today.

Numerous smaller dunes have developed on the backs of the draa. Three distinct dune types are visible: longitudinal dunes, which are more or less parallel with the north winds; transverse dunes, which are usually more curved and formed at right angles to the wind; and star dunes, in which several linear arms converge towards a single peak.