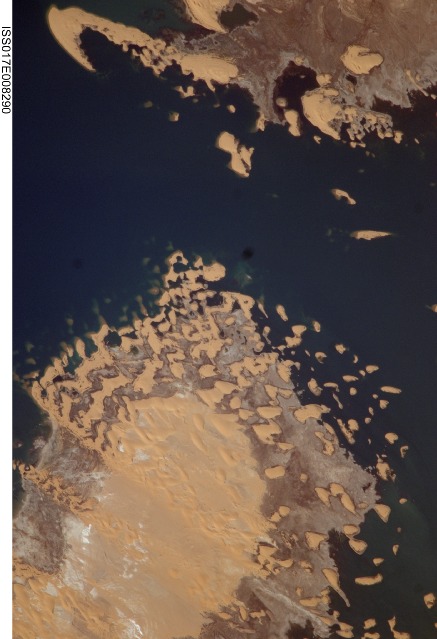 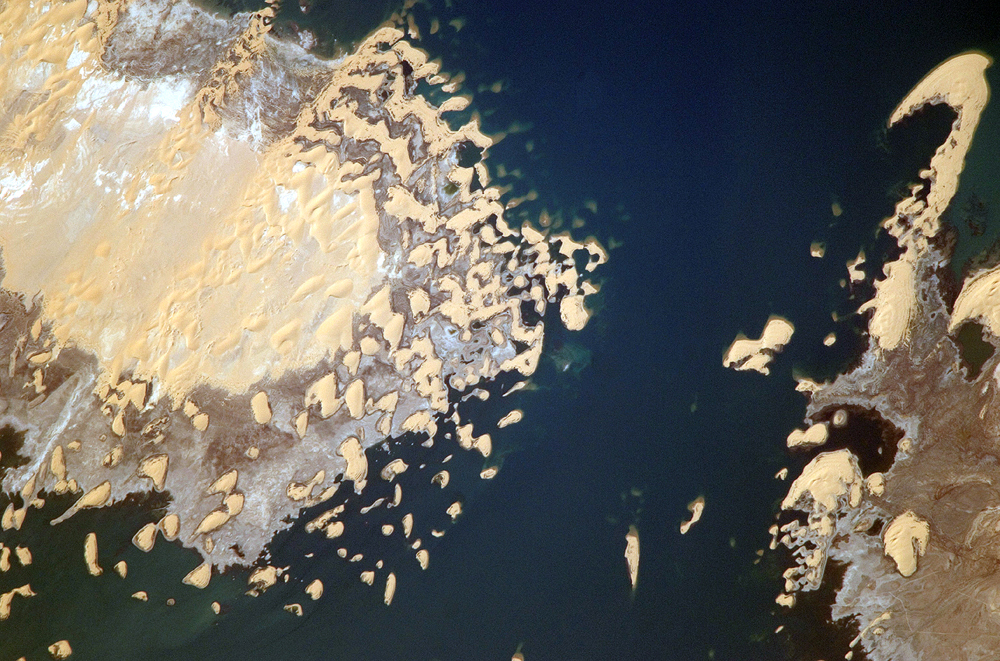 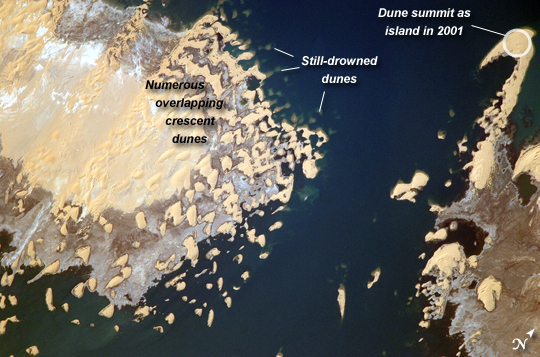 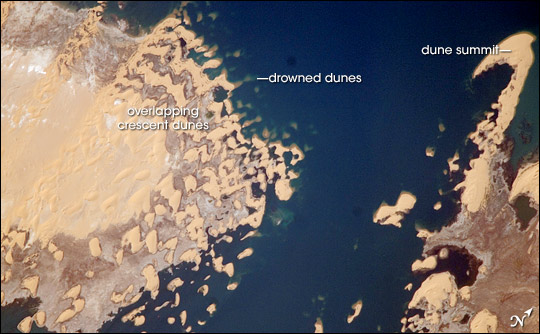 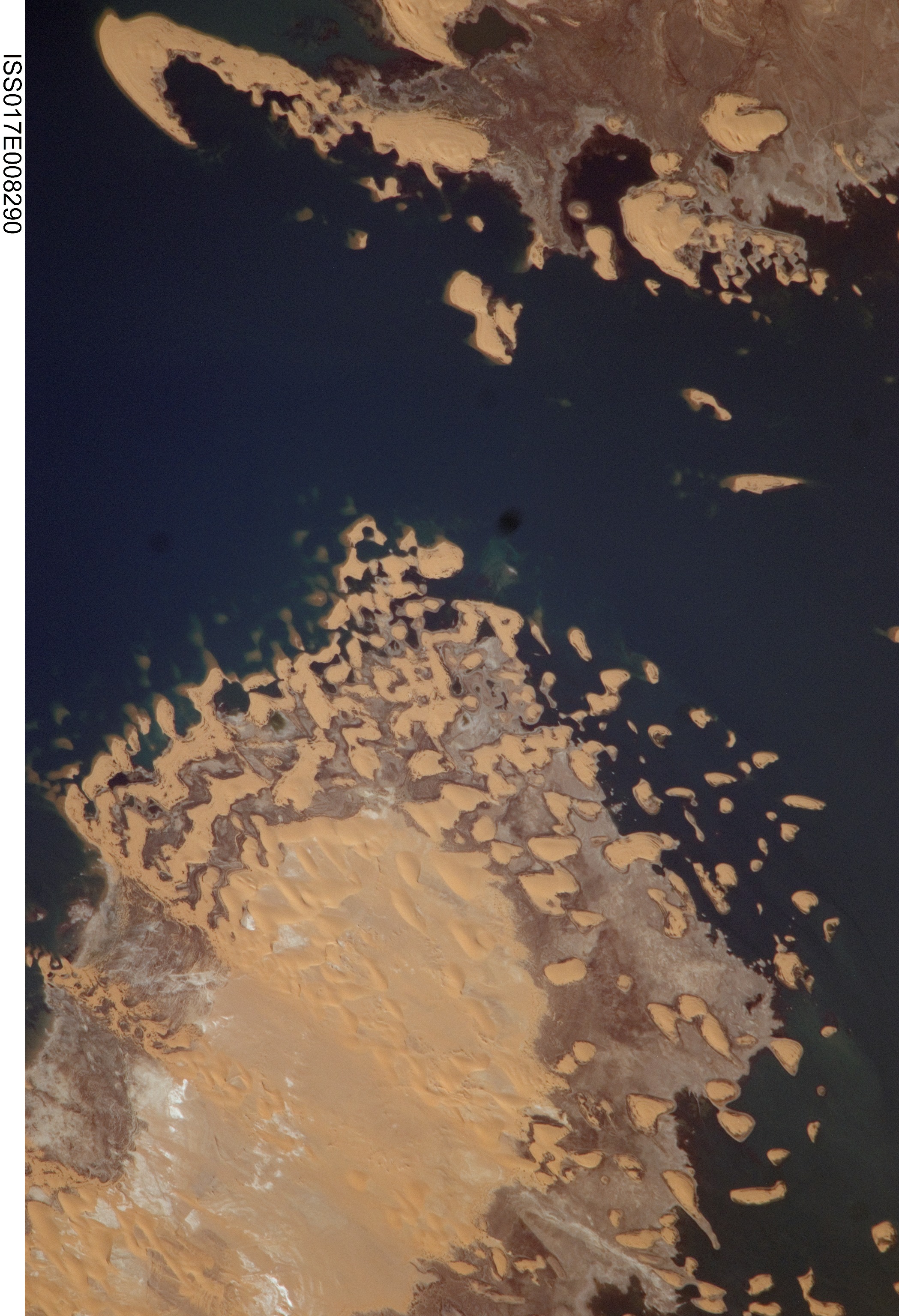 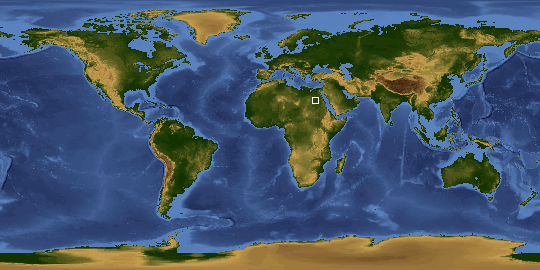 In the late 1990s, Egypt's new manmade Toshka Lakes, fed from Lake Nasser via a canal, grew and spilled into new basins to become four major and two smaller lakes. These lakes extended 120 kilometers across the desert west of the Nile River in southern Egypt. Starting in 2002, astronauts have seen the lakes slowly decline, with the telltale ring of darker, moistened ground showing the previous higher water levels (see prior comparison of astronaut imagery of the lakes). The rise and fall of Toshka Lakes and the economic development surrounding the region are dependent on climate fluctuations and water agreements with upstream countries that, in turn, determine the long-term water flow in the lower Nile.

This astronaut photograph, covering a distance of 11.3 kilometers from left to right, shows shoreline detail of the third large lake. Lake water appears deep blue to blue-green, and parallel with the shoreline is a wide brown zone which was under water until 2002. Most of the bright yellow sand dunes in the view are re-emerging as the lake level drops; most are outlined by thin wet margins. Still-submerged dunes can be seen offshore as blurred tan smudges (image top center). The summit of the biggest horn-shaped dune (image top right) was an island more than five kilometers offshore in images from 2001. The patterns of the overlapping crescent dunes gives a strong sense of dune migration southwards; the horns of the crescent dunes point in the direction of dune movement, from top right towards lower left. Dominant northerly winds drive the dunes southward, except, of course, when they are under water.