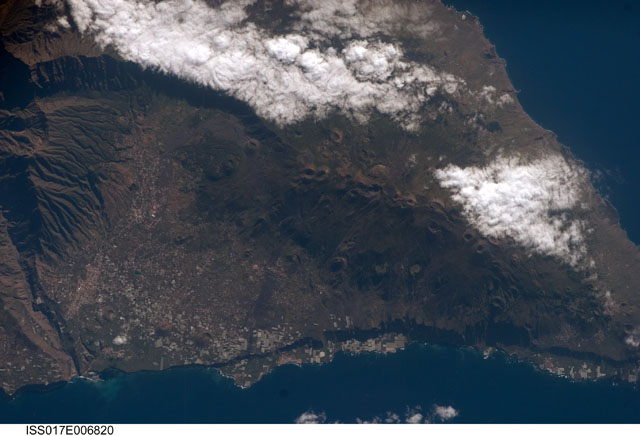 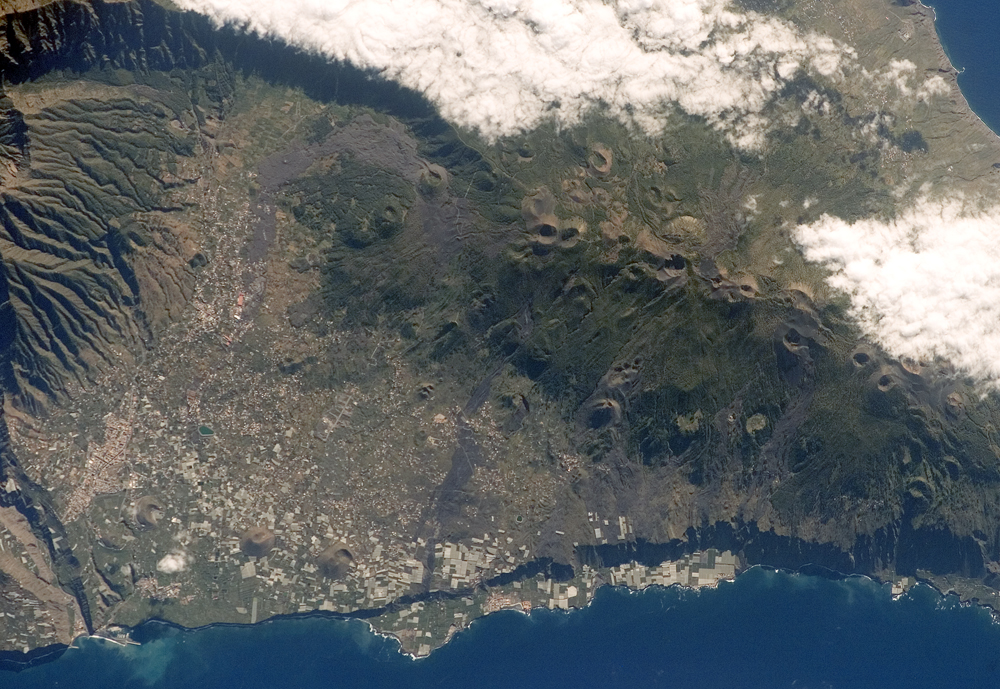 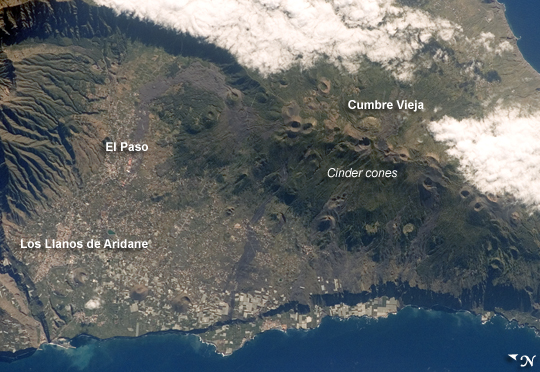 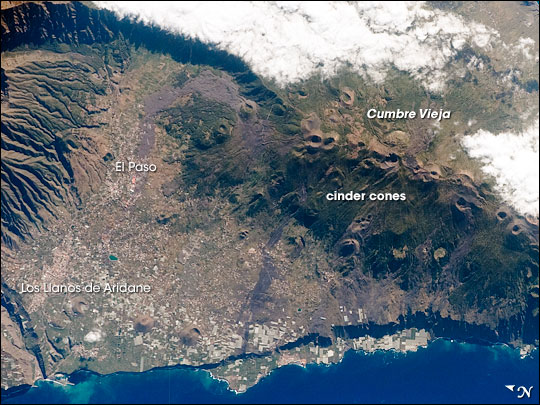 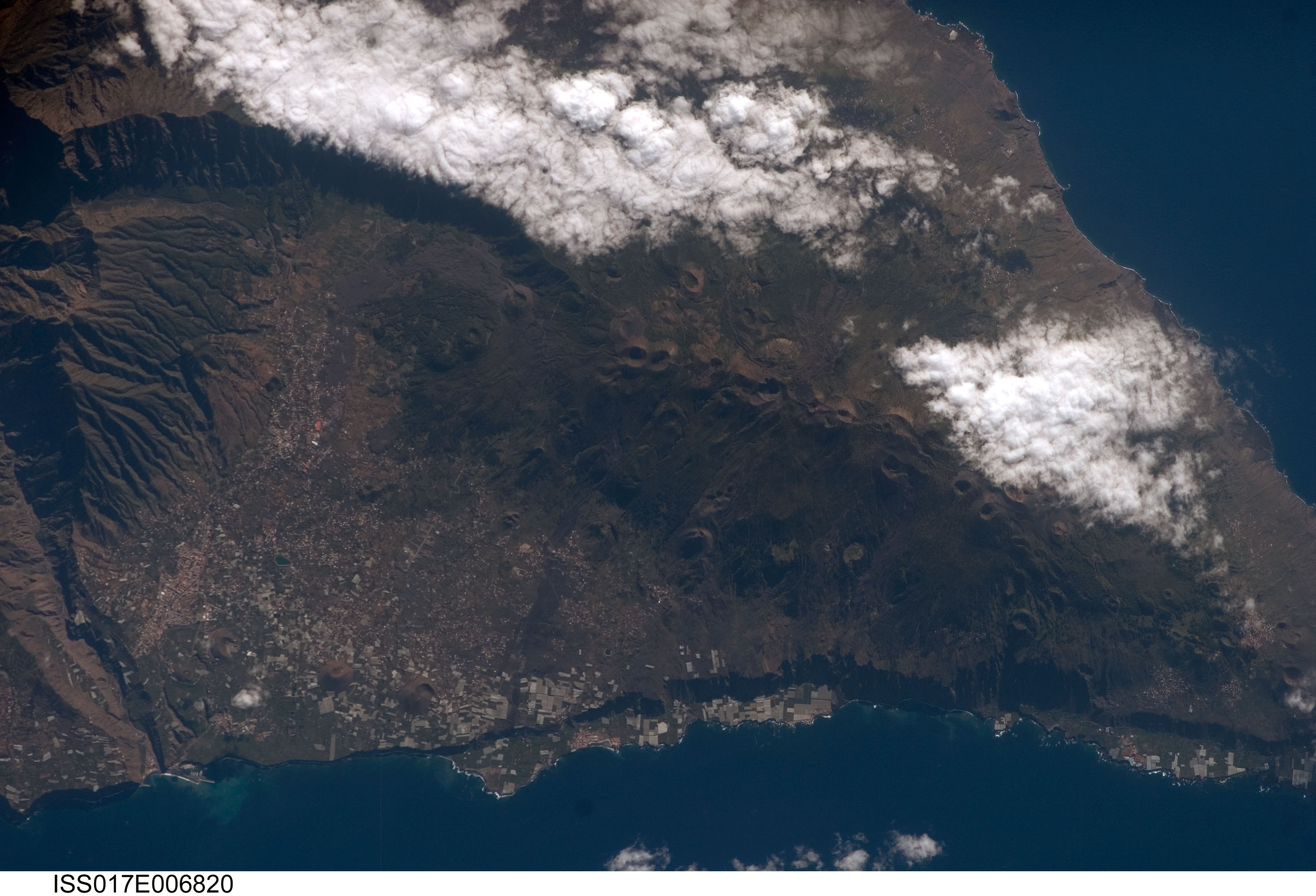 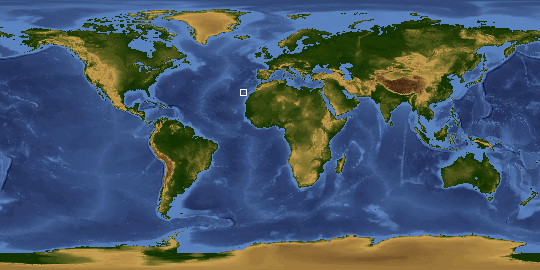 The Canary Islands, a group of volcanic islands, lie just off the west coast of Morocco in the Atlantic Ocean; at the northwest end of the chain of islands is Isla de la Palma (pictured here). The island started forming as a submarine volcano approximately 3-4 million years ago. Subaerial (above the water surface) volcanic activity and island formation began around 2 million years ago. Most geologists believe the Canary Islands formed over the remnants of an old "hotspot" in the mantle, or mantle plume. The residual hotspot melting produced the magma that resulted in the Canary Island volcanoes. While there is little evidence to support the current existence of a mantle plume, volcanic activity is still taking place- the most recent lava flows on Isla de Palma were erupted in 1971. In addition to volcanic hazards, the Canary Islands are also subject to occasional dust storms originating in the Sahara Desert.

This astronaut photograph highlights volcanic landforms on the southern portion of Isla de Palma. The elongated, 1949-meter high Cumbre Vieja volcanic center is characterized by numerous cinder cones, craters, and gray lava flows that punctuate the green vegetated hillslopes. To the north, the cities of El Paso and Los Llanos de Aridanes nestle against collapsed fragments of the Caldera Taburiente (image left), formed by massive slope failure of an older volcanic center to the north. Tourism is a major component of the local economy, but the high mountains and clear air of Isla de la Palma are also attractive to astronomers - several large observatories (not shown) are located along the northern edge of the Caldera Taburiente.