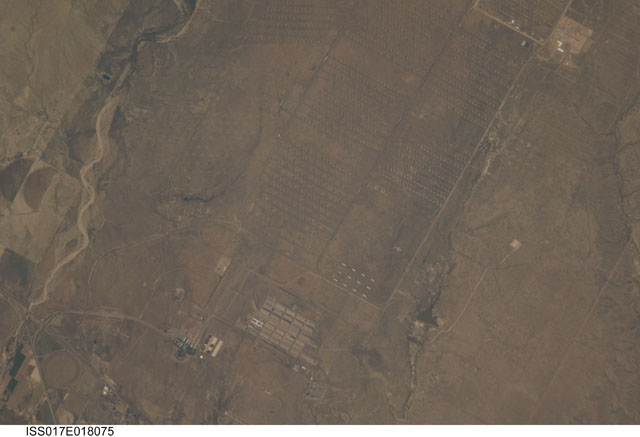 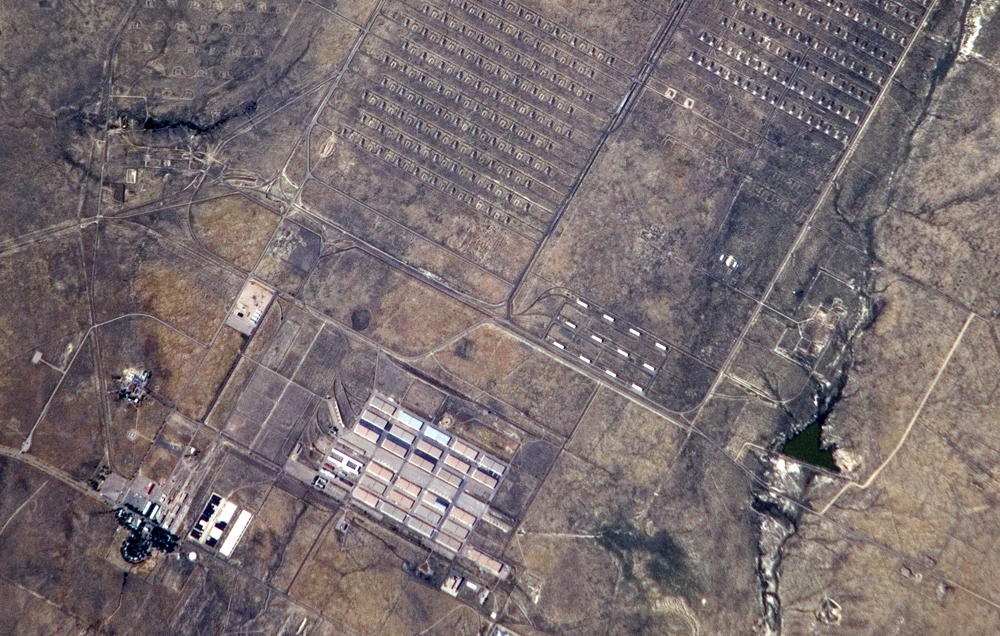 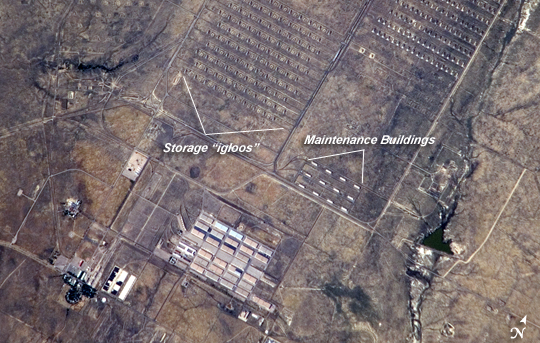 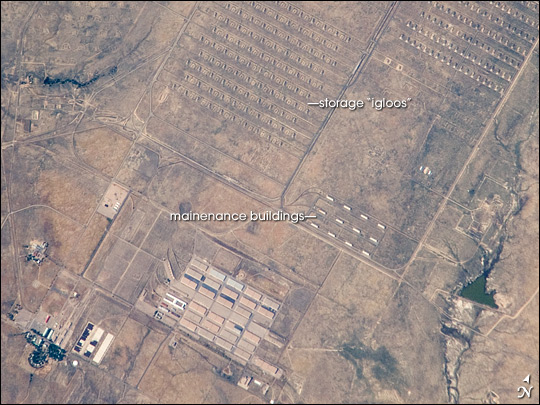 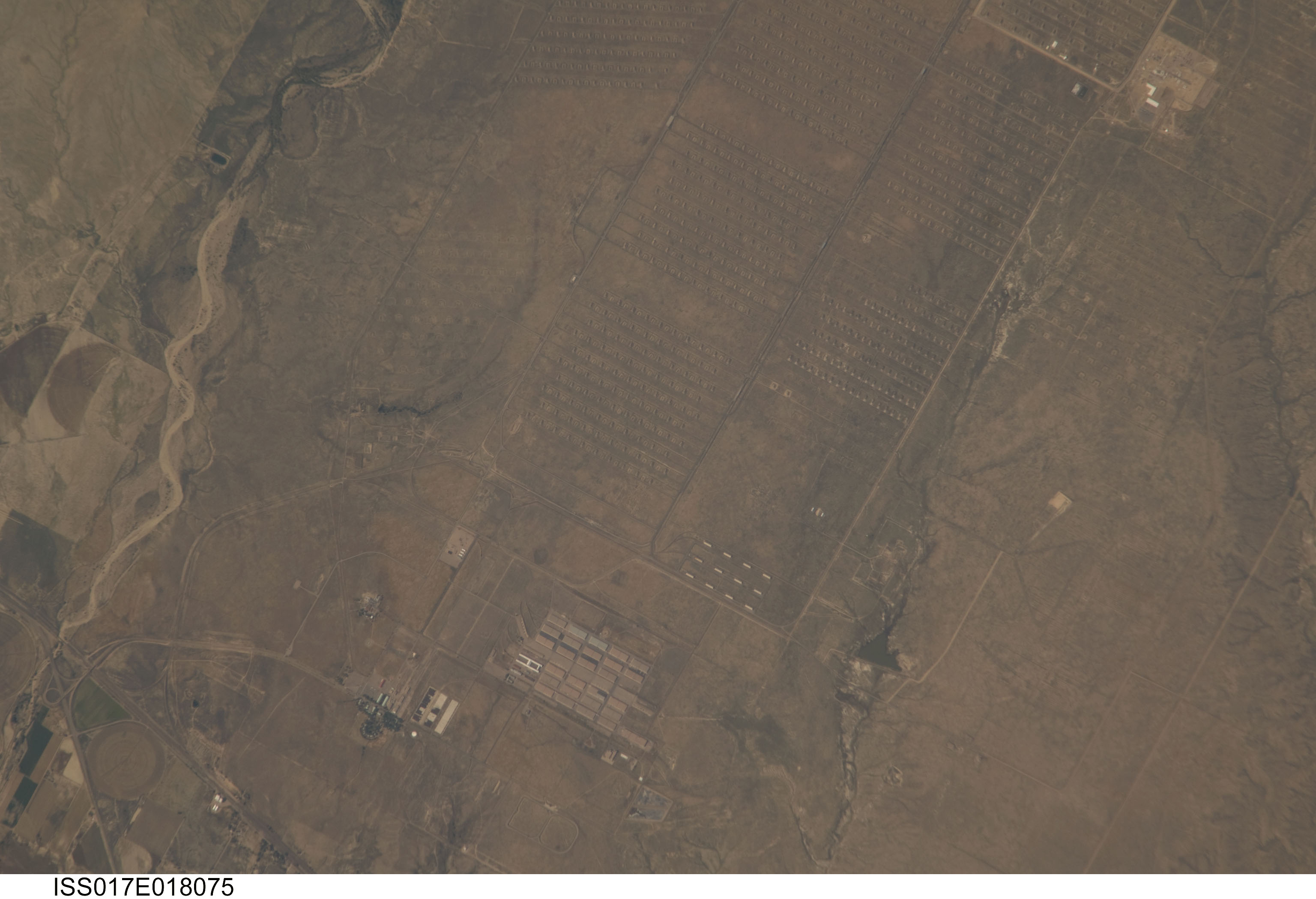 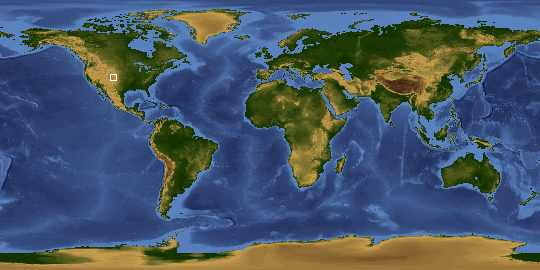 This astronaut photograph illustrates the unusual man-made landscape of the Pueblo Chemical Depot located near the city of Pueblo, Colorado. The depot was built during World War II by the U.S. Army to house and ship ammunition needed for war efforts, and this role transitioned to missile repair and maintenance during the Cold War with the Soviet Union. The current use of the depot is to house chemical munitions, but changes are underway by the U.S. Army Chemical Materials Agency to destroy these munitions and make the site environmentally safe for reuse.

The stippled pattern on the landscape is due to hundreds of concrete and earth-covered storage "igloos" that form ordered rows across the site (image top). These igloos are where chemical munitions and other materials are secured. Larger, white-roofed maintenance buildings once used for munitions storage were built with separate compartments to minimize potential damage from explosions. Other features visible in this detailed image include roads (light tan lines) and rail lines (dark brown), water impoundments (black, irregular shapes), and various office and industrial buildings (rectangular shapes at image lower left.)