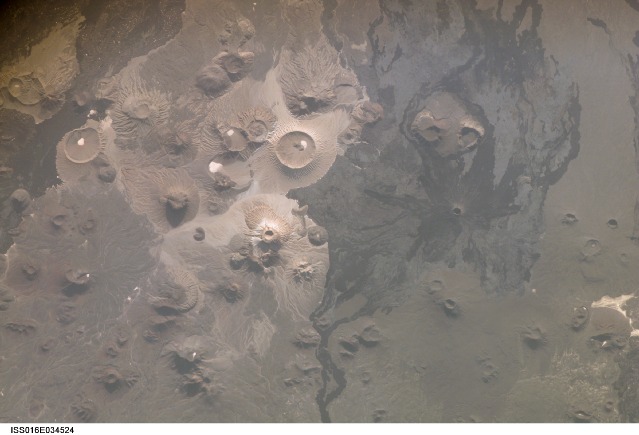 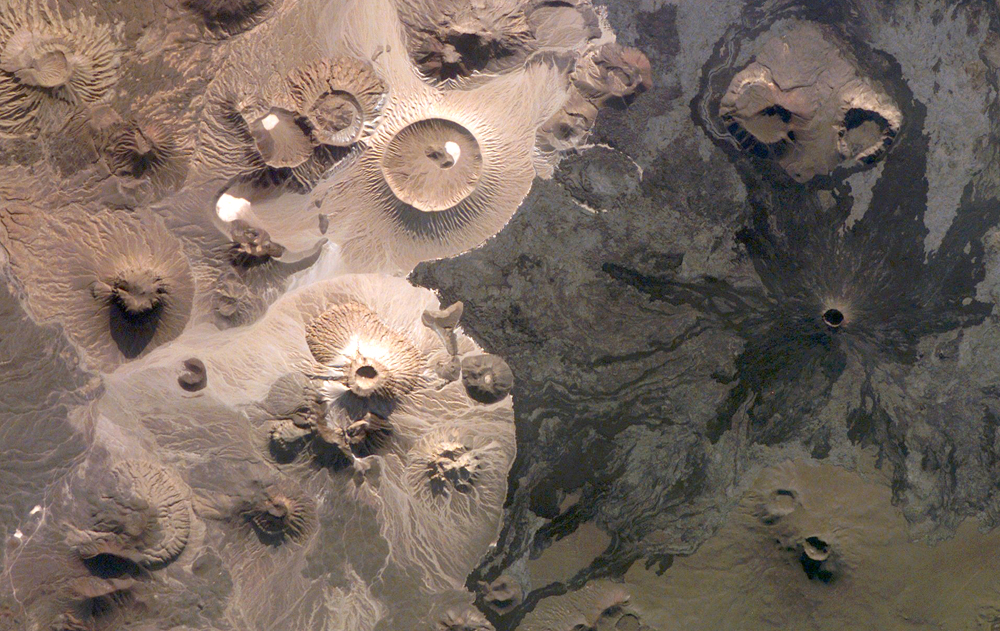 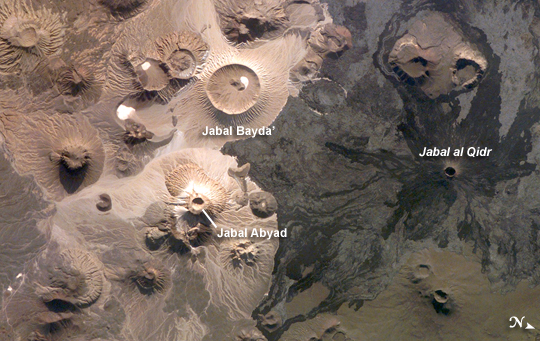 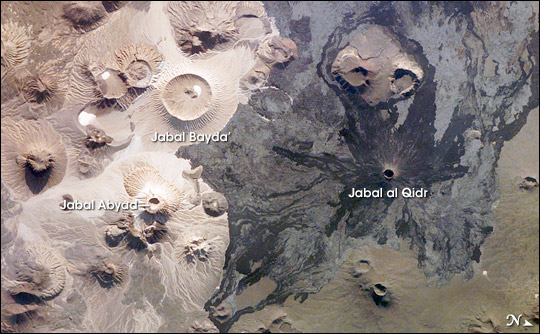 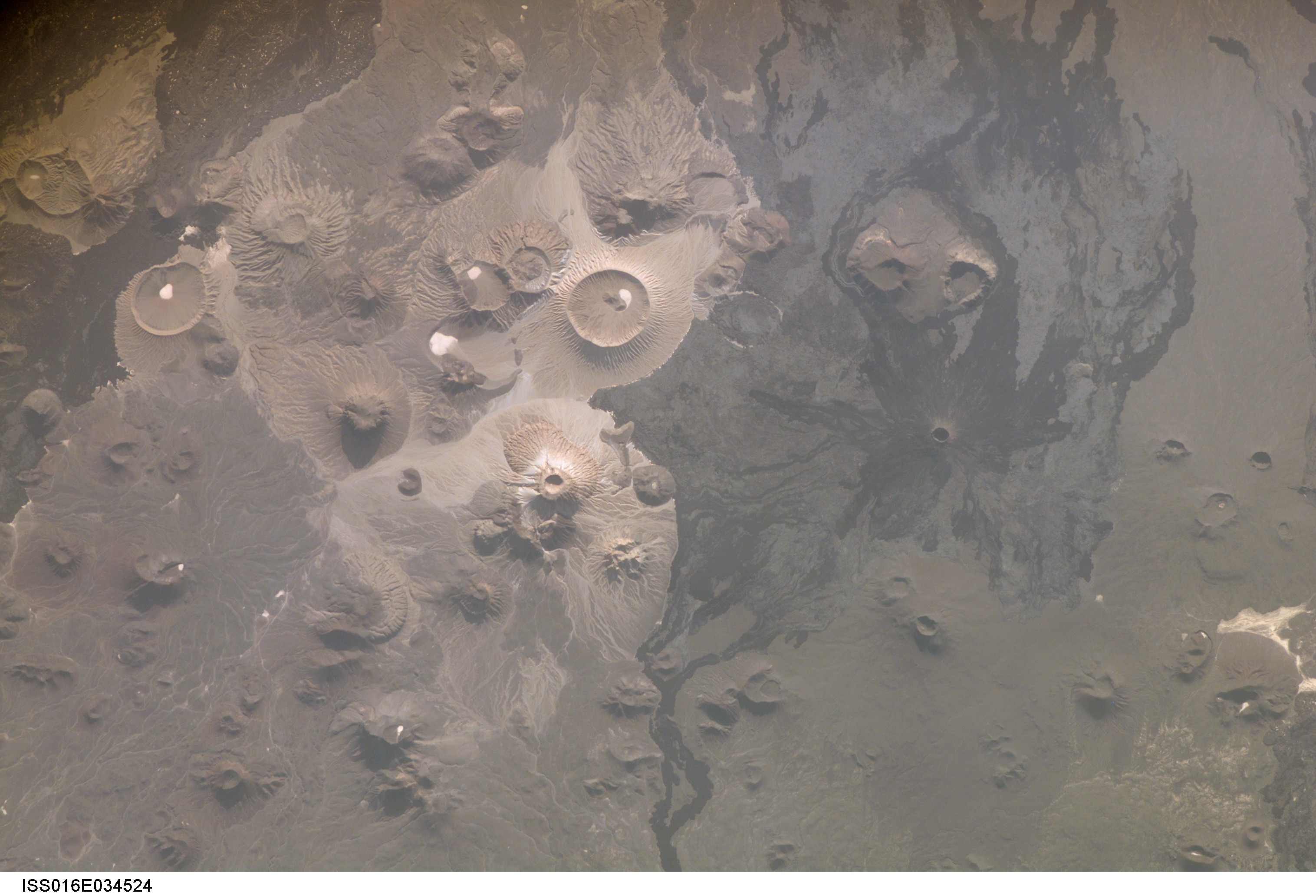 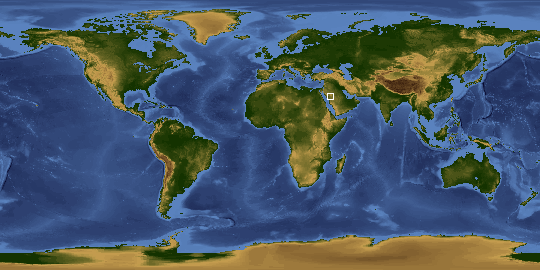 The western half of the Arabian peninsula contains not only large expanses of sand and gravel, but extensive lava fields known as haraat (harrat for a named field). One such field is the 14,000 km2 Harrat Khaybar, located approximately 137 km to the northeast of the city of Al Madinah (Medina). The volcanic field was formed by eruptions along a 100-km long north-south linear vent system over the past 5 million years; the most recent recorded eruption took place between 600 - 700 A.D.

Harrat Khaybar contains a wide range of volcanic rock types and spectacular landforms, several of which are represented in this astronaut photograph. Jabal al Qidr is built from several generations of dark, fluid basalt lava flows; the flows surround the 322 -meter high stratovolcano (Jabal is translated as "mountain" in Arabic). Jabal Abyad, in the center of the image, was formed from a more viscous, silica-rich lava classified as a rhyolite. While Jabal al Qidr exhibits the textbook cone shape of a stratovolcano, Jabal Abyad is a lava dome - a rounded mass of thicker, more solidified lava flows. To the west (image top center) is the impressive Jabal Bayda'. This symmetric structure is a tuff cone, formed by eruption of lava in the presence of water. This leads to the production of wet, sticky pyroclastic deposits that can build a steep cone structure, particularly if the deposits consolidate quickly.

White deposits visible in the crater of Jabal Bayda' (and two other locations to the south) are formed from sand and silt that accumulate in shallow, protected depressions. The presence of tuff cones - together with other volcanic features indicative of water - in the Harrat Khaybar suggest that the local climate was much wetter during some periods of volcanic activity. Today, however, the regional climate is hyperarid - little to no yearly precipitation - leading to an almost total lack of vegetation.