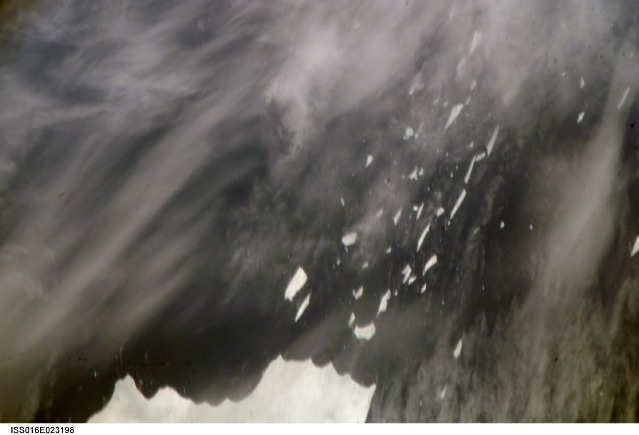 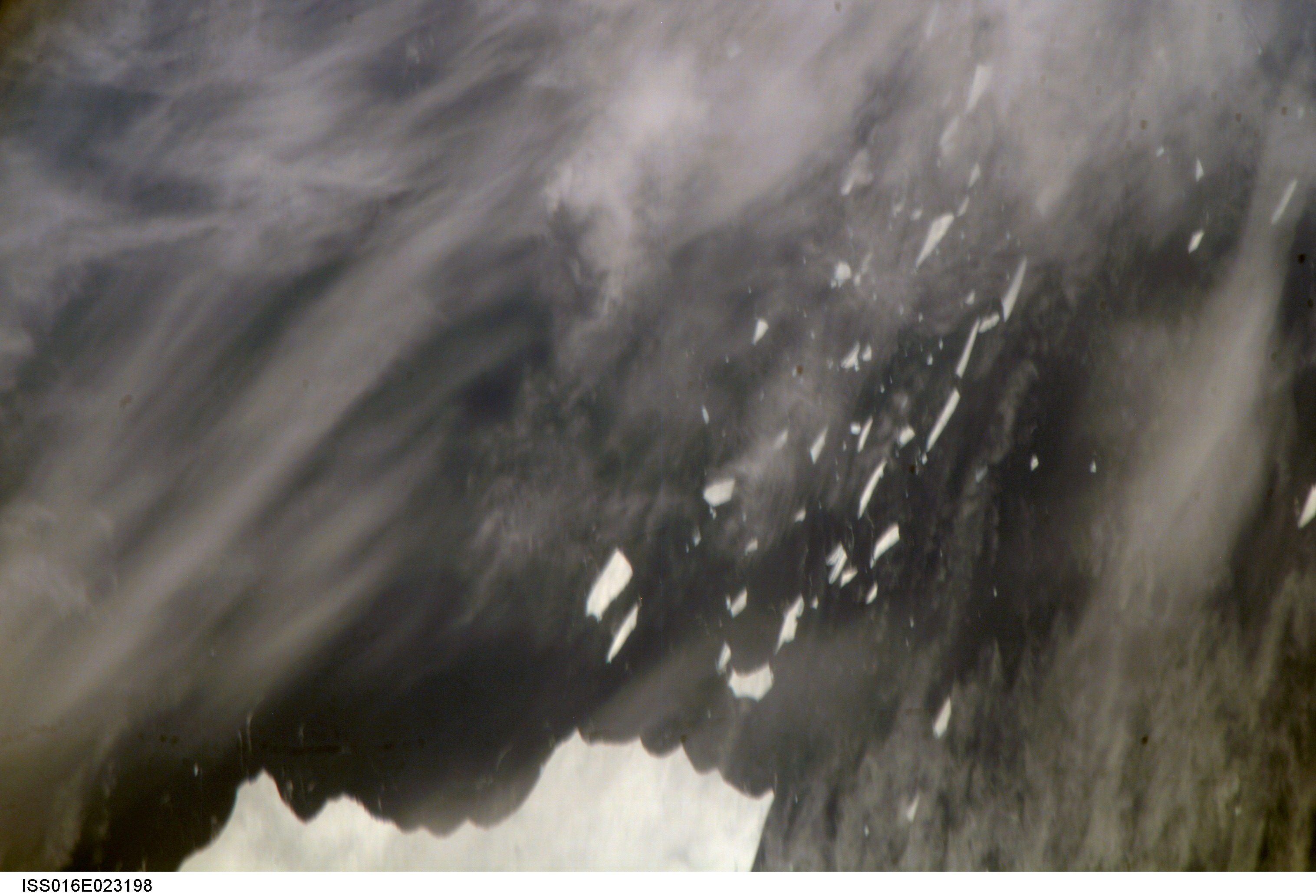 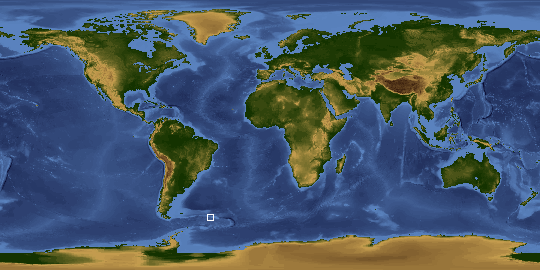 Other options available:
Download Packaged File
Download a Google Earth KML for this Image
View photo footprint information
Download a GeoTIFF for this photo
Image Caption: ISS016-E-023198 (15 Jan. 2008) --- A portion of Mega-iceberg A53a in the South Atlantic Ocean is featured in this image photographed by an Expedition 16 crewmember on the International Space Station. At the time this image was taken in mid-January 2008, the entire iceberg measured close to 50 kilometers x 22 kilometers, about seven times the area of Manhattan Island. Icebergs of the Southern Atlantic Ocean contain rock material from Antarctica, eroded by the moving ice and also as wind-borne dust from deserts in Africa, South America and Australia. According to NASA scientists, the finest powdery rock material acts as nutrient for sea organisms. As icebergs melt, the surrounding seawater is enriched. The area of enrichment is significantly enlarged when a mega-iceberg disintegrates into many small pieces.