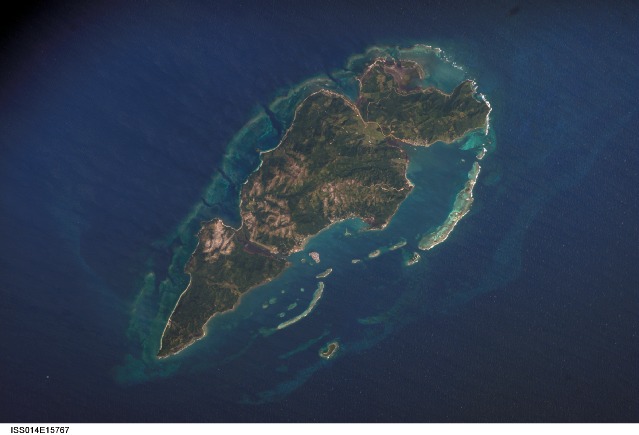 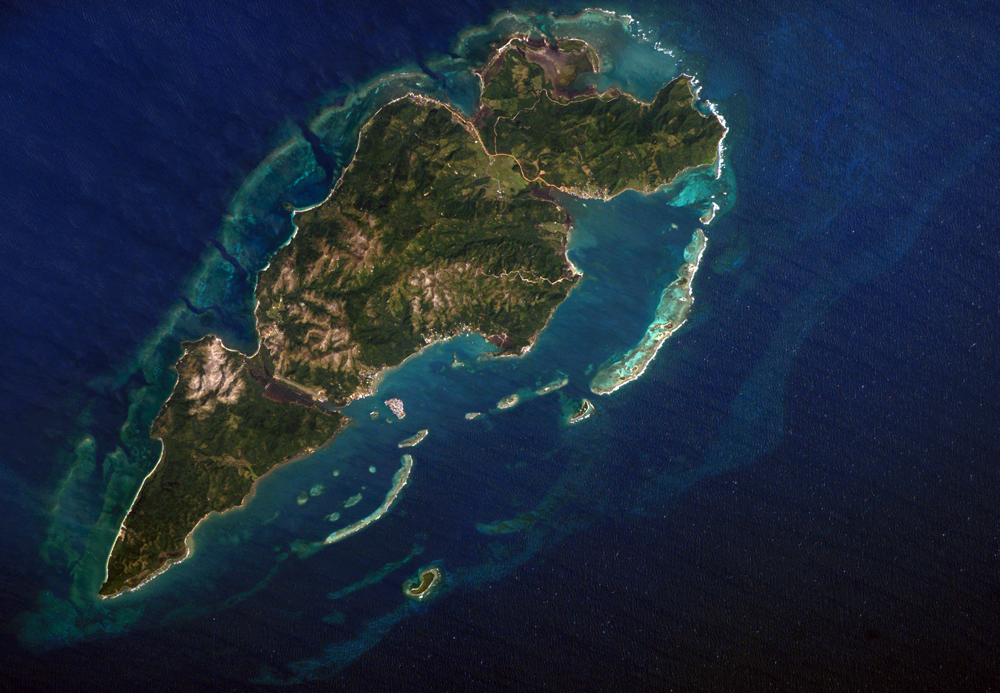 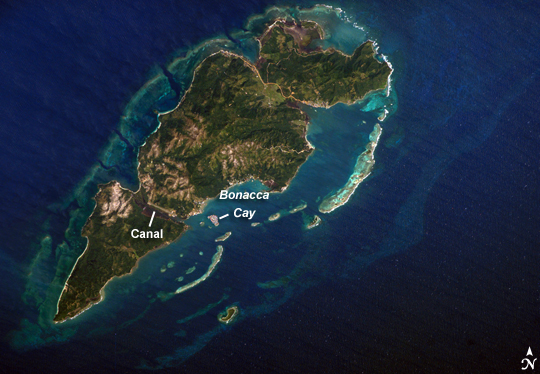 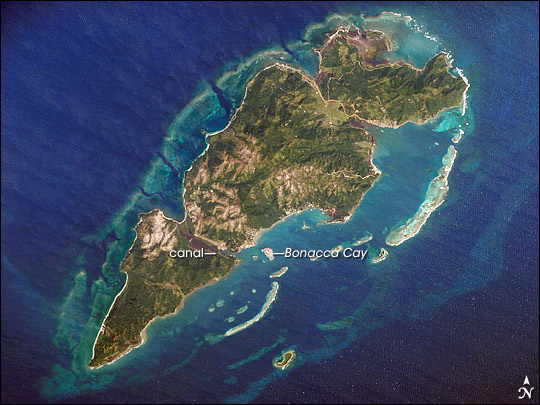 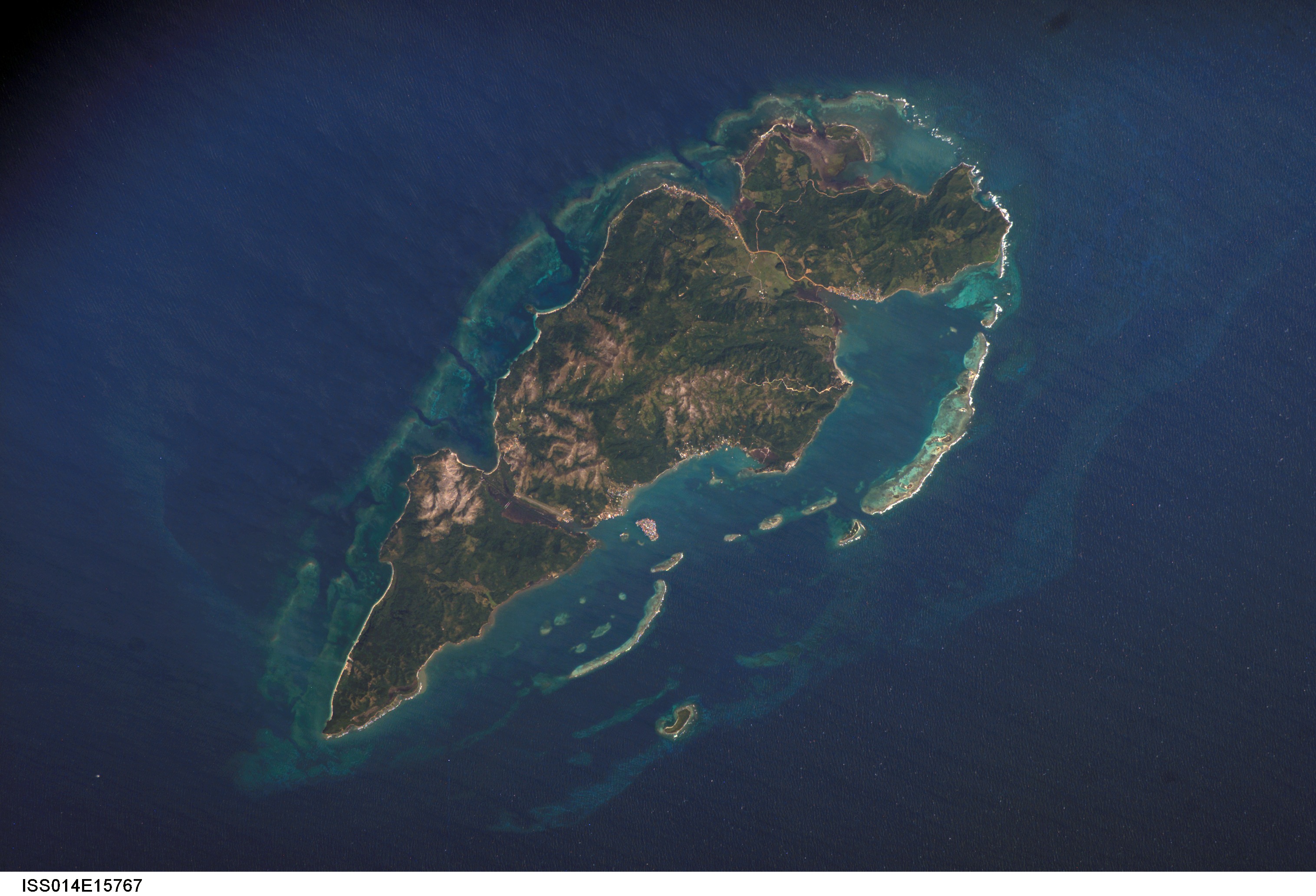 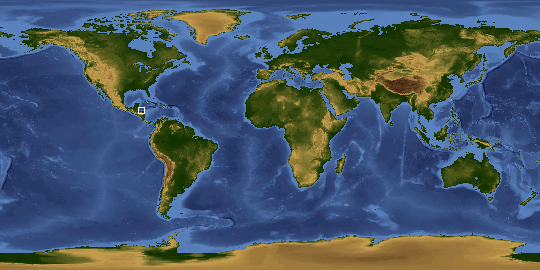 Other options available:
Download Packaged File
Download a Google Earth KML for this Image
View photo footprint information
Download a GeoTIFF for this photo
Image Caption: Guanaja Island, Honduras:
Guanaja Island is located in the western Caribbean, approximately 60 kilometers (about 37 miles) north of mainland Honduras. The island is near the western edge of the Cayman Ridge, a topographic feature made of rock types that indicate ancient volcanic islands, sedimentary layers, and ocean crust. The ridge resulted from tectonic interactions between the North American, South American, and Caribbean Plates. Guanaja and the nearby islands of Roatan and Utila (not shown) are the only portions of the western Cayman Ridge currently exposed above water.

The island is notable for being largely undeveloped--the exception being highly concentrated development on Bonacca Cay, a small island (roughly 0.5 by 0.3 kilometers) located along the southeastern coastline of the main island. The main island has little in the way of roads or other infrastructure--a canal is the major means of traversing the island--making it an attractive destination for hikers and eco-tourists. The clear waters and reefs that almost completely encircle Guanaja also attract divers.

In 1998, Hurricane Mitch destroyed almost all of the island's mangrove forests, devastating coastal habitats and causing soil erosion. Regeneration of mangroves is slow, and scientists have suggested active reseeding efforts as the only way to restore the forests.