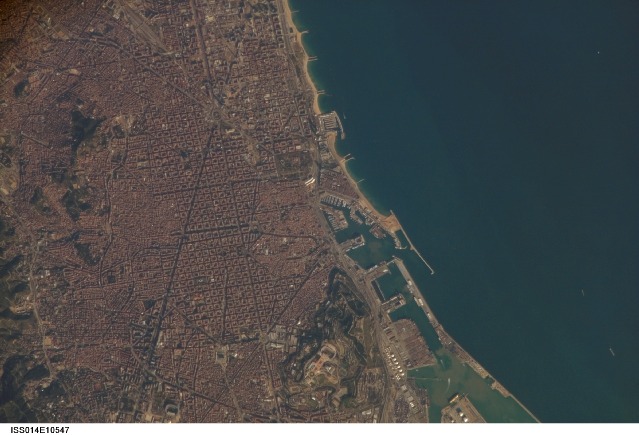 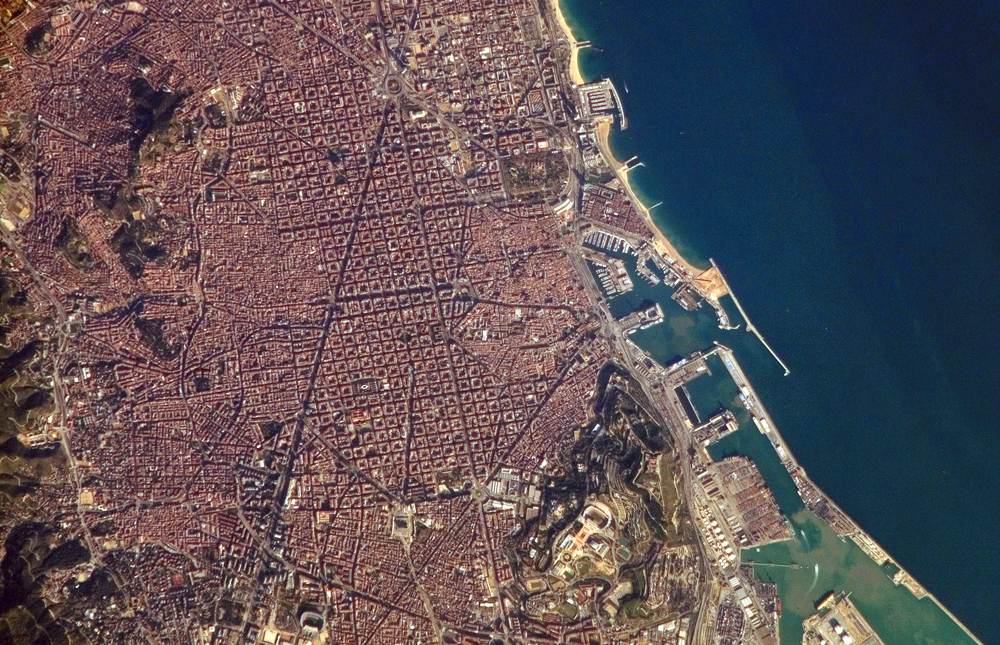 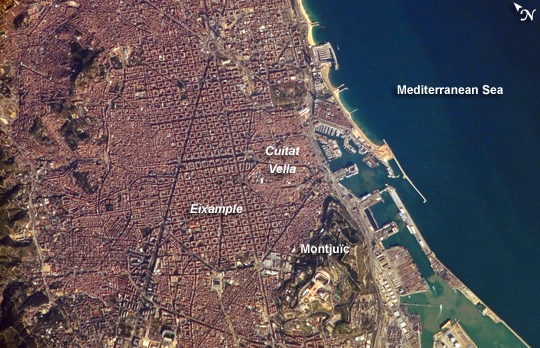 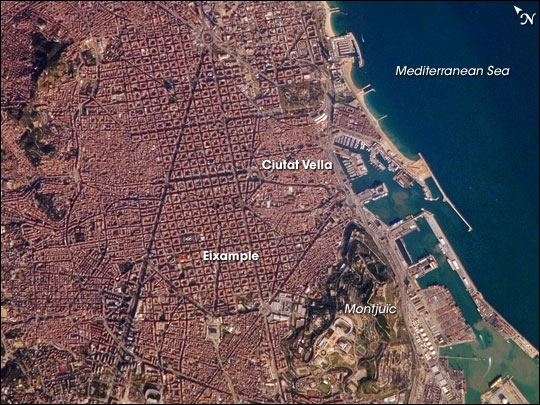 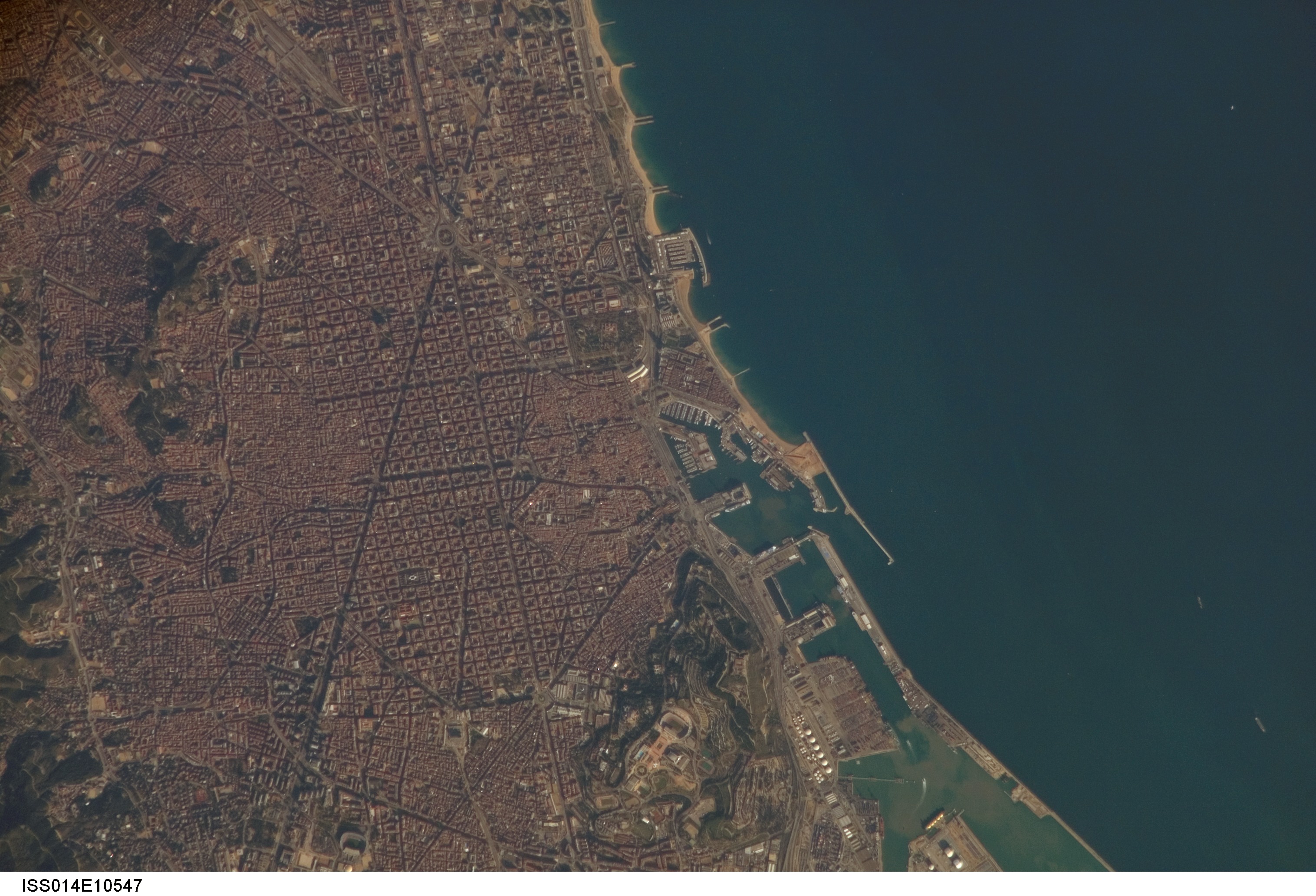 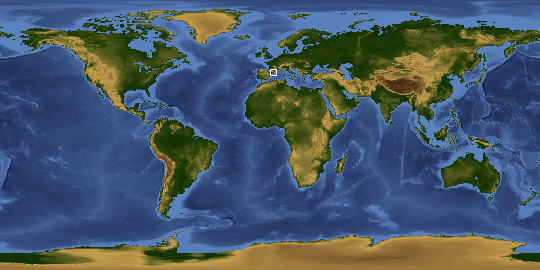 Other options available:
Download Packaged File
Download a Google Earth KML for this Image
View photo footprint information
Image Caption: Barcelona, Spain:
Barcelona, Spain, occupies a low plateau along the Mediterranean coastal plain. The city is the second largest in Spain (after the capital, Madrid), and it hosts the country's largest seaport, portions of which are visible in the lower right of the image. This detailed astronaut photograph captures several notable features of the Barcelona urban landscape. (A regional view of the city is available in a previously published astronaut photograph.) The architectural design of the Eixample district (image center) displays a grid pattern distinctive for Barcelona. Built during the 19th and 20th centuries, the district was built with octagonal city blocks--rectangular blocks with the corners cut off. (At the level of detail of this photograph, the blocks appear to be squares.) The original intention was for buildings to occupy only two or three sides of the octagonal blocks, surrounding gardens and open space. While the original street grid pattern remains, today many of the octagonal blocks are completely built up.

The adjacent Cuitat Vella, or "old city," presents a much denser building pattern, which dates from Roman times. Also visible at image lower right is the 173-meter-high Montjuic mountain--historically, the location of fortresses due to its strategic position overlooking the city's harbor. Light tan and orange structures visible at the crest of the mountain include the stadium and other buildings used in the 1992 Summer Olympic Games.