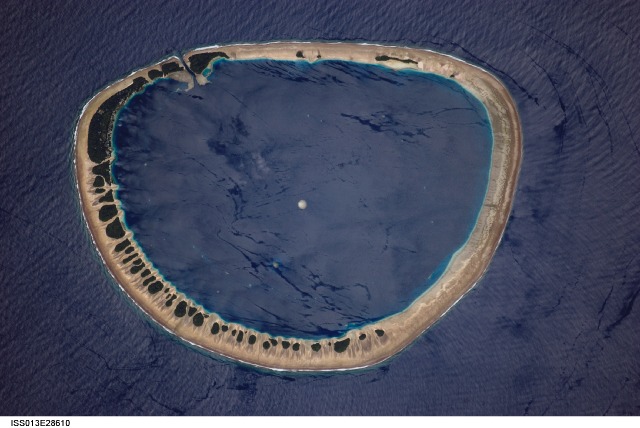 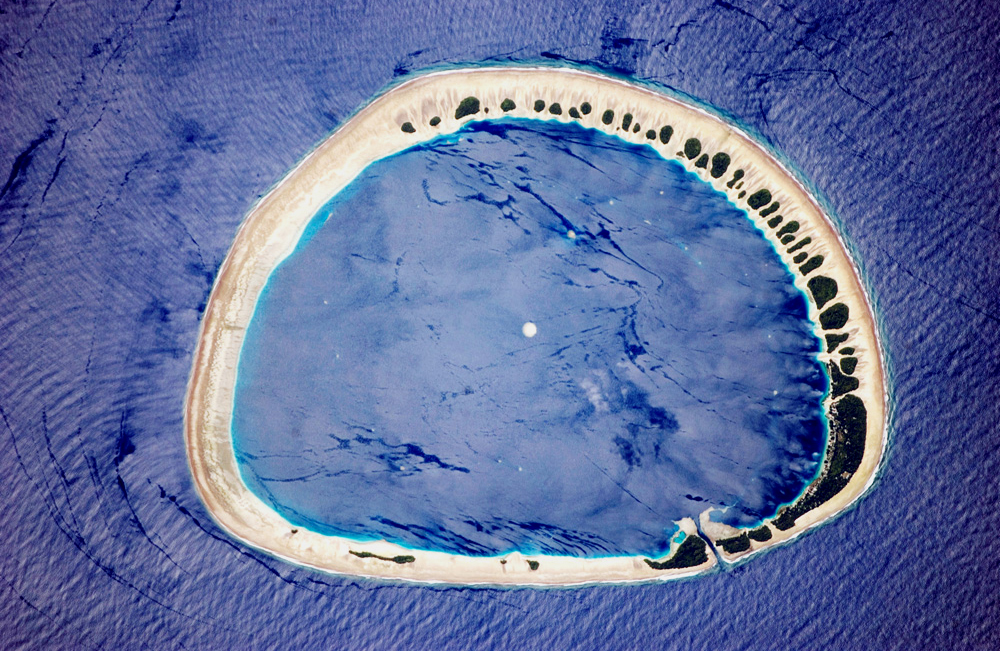 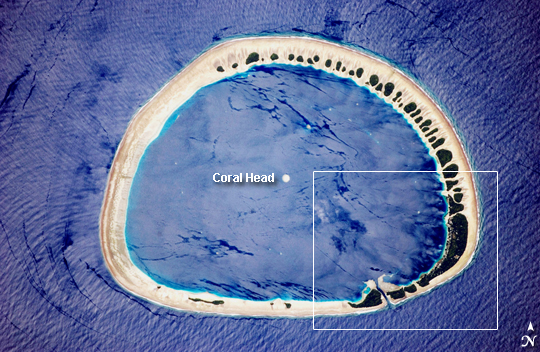 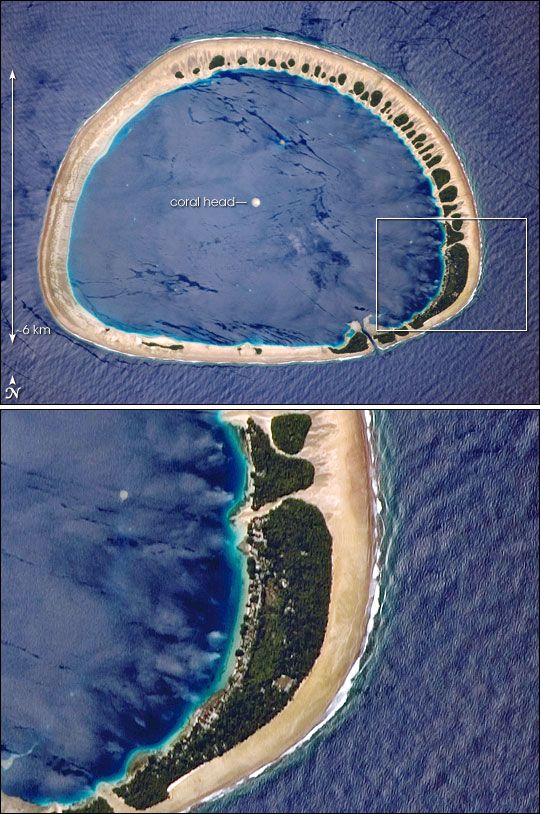 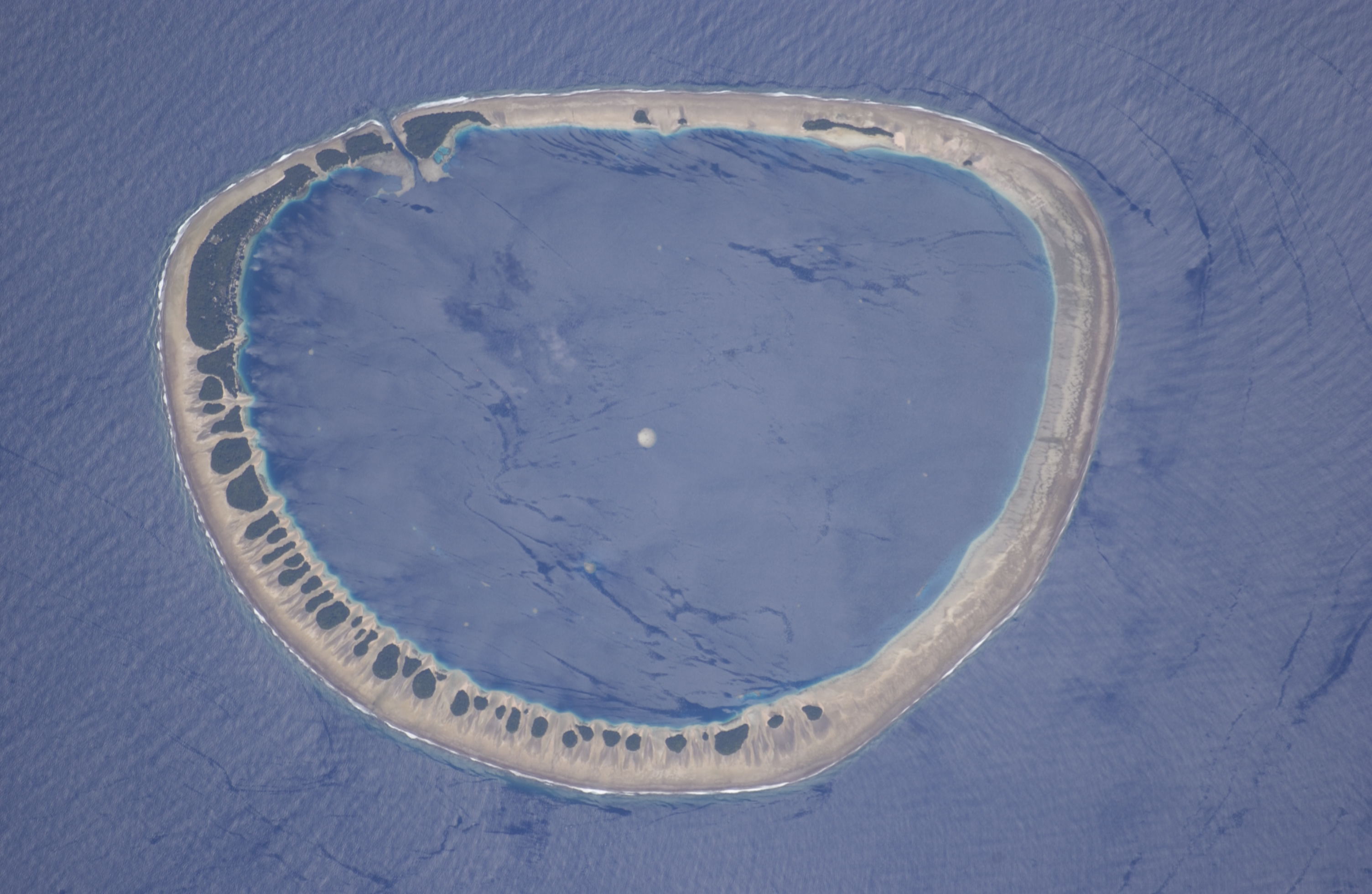 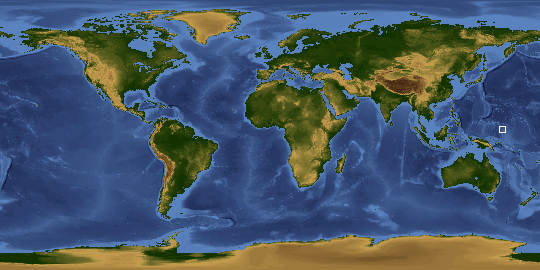 Located just north of the equator (3.85deg North, 154.9deg East), this classically shaped atoll is part of the Caroline Islands, which stretch northeast of Papua New Guinea in the western Pacific. (The islands are roughly north of Guadalcanal, and southeast of Guam and Truk Islands.) Nukuoro Atoll is one of 607 islands that make up the Federated States of Micronesia, a United Nations Trust Territory under U.S. administration.

The image shows the sandy atoll with 42 distinct patches of vegetation. These patches are located on the northeast and east portions of the atoll that face the dominant easterly winds. The detailed image (white box indicates area shown) shows the larger fields and settlements, which are on the inland side of the largest forest patch, protected from the wind. The land surface is probably slightly higher above sea level here because dunes build up preferentially on wind-facing slopes where beach sand is mobilized by wind. Swells driven by these winds approach from the east-southeast (right) and wrap around the atoll to produce an interference pattern on the downwind side. Water in the lagoon is notably calm in comparison. Coral heads appear in the lagoon, including one in the center of the image.

About 900 people live on Nukuoro, whose lagoon is 6 kilometers (about 3.7 miles) in diameter. Fishing, animal husbandry, and agriculture (taro and copra) are the main occupations. Nukuoro is remote. It has no airstrip, and a passenger boat calls irregularly only once a month. The tiny population speaks its own unique language.