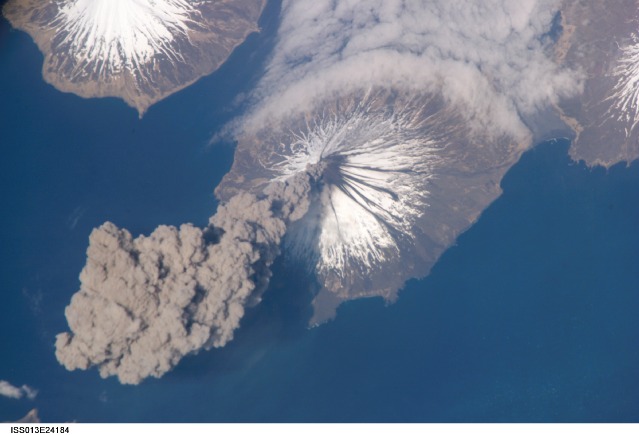 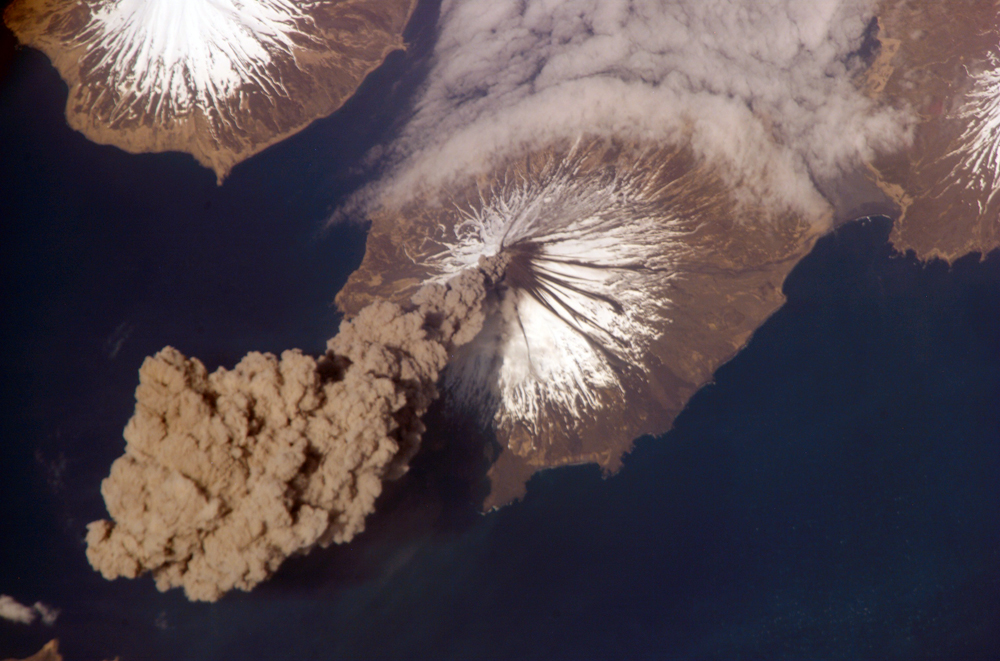 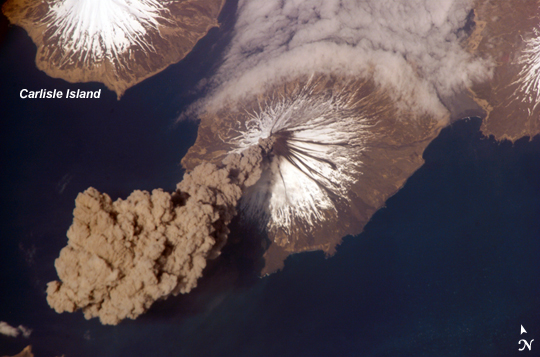 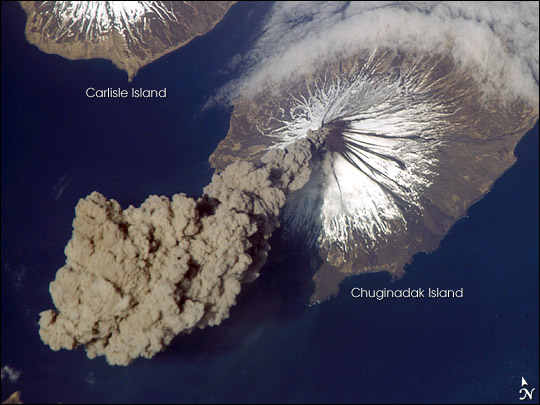 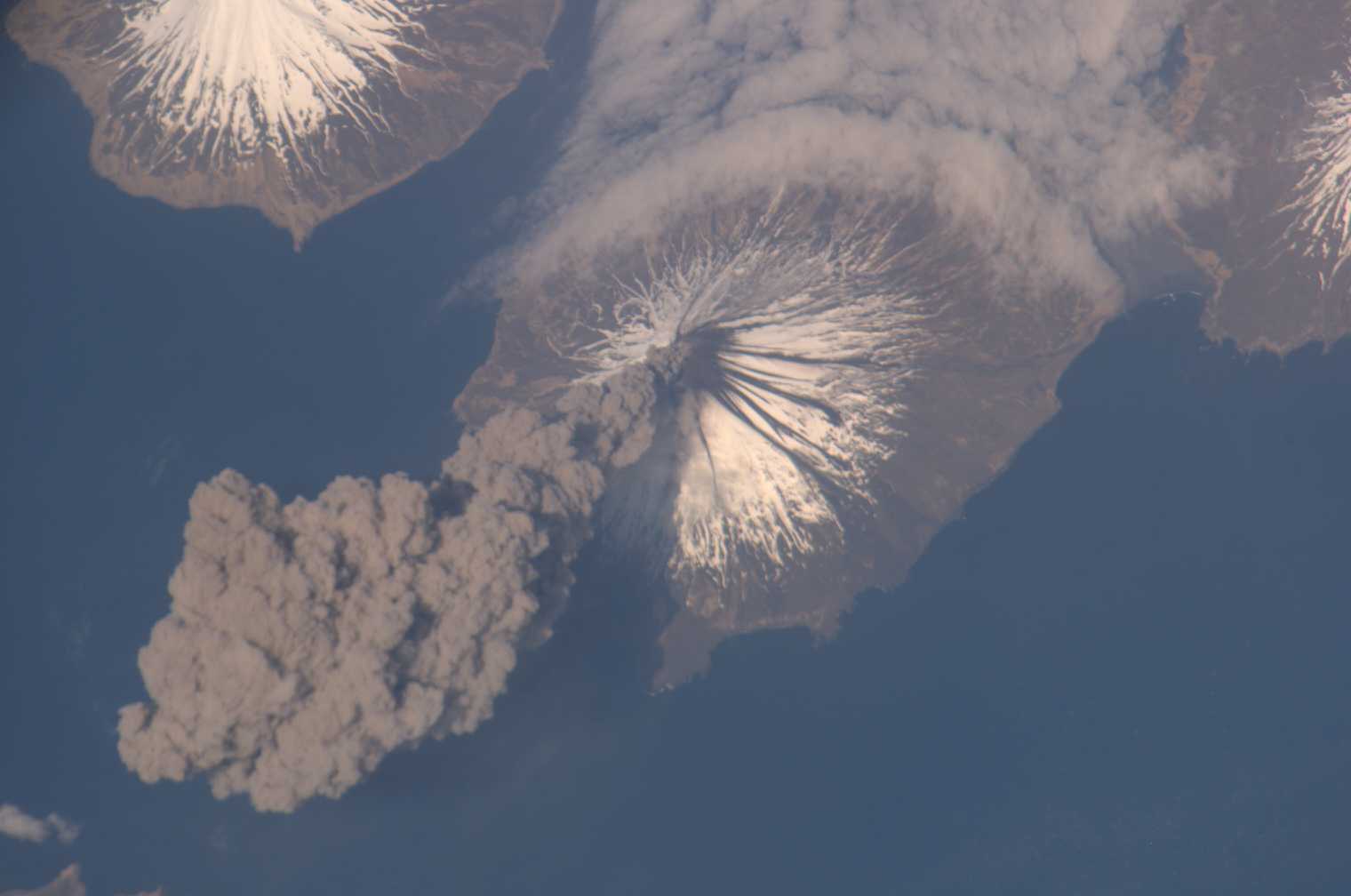 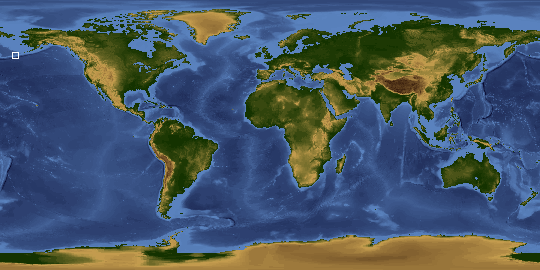 Other options available:
Download Packaged File
Download a Google Earth KML for this Image
View photo footprint information
Image Caption: ISS013-E-24184 (23 May 2006) --- Eruption of Cleveland Volcano, Aleutian Islands, Alaska is featured in this image photographed by an Expedition 13 crewmember on the International Space Station. This most recent eruption was first reported to the Alaska Volcano Observatory by astronaut Jeffrey N. Williams, NASA space station science officer and flight engineer, at 3:00 p.m. Alaska Daylight Time (23:00 GMT). This image, acquired shortly after the beginning of the eruption, captures the ash plume moving west-southwest from the summit vent. The eruption was short-lived; the plume had completely detached from the volcano summit two hours later. Ash plumes from Cleveland Volcano have reached heights of 12 kilometers and can present a hazard to trans-Pacific jet flights. The fog bank visible at image top center is a common feature of the Aleutian volcanoes. Cleveland Volcano, situated on the western half of Chuginadak Island, is one of the most active of the volcanoes in the Aleutian Island chain extending west-southwest from the Alaska mainland. At a summit elevation of 1,730 meters, this stratovolcano is the highest in the Islands of the Four Mountains group. Carlisle Island to the north-northwest, another stratovolcano, is also part of this group. Magma that feeds eruptions of ash and lava flows from the volcano is generated by subduction of the northwestward-moving Pacific Plate beneath the North American Plate. As one tectonic plate subducts beneath another, melting of materials above and within the subducting plate produce magma that can eventually move to the surface and erupt through a vent (such as a volcano). Cleveland Volcano claimed the only known eruption-related fatality in the Aleutian Islands during 1944.