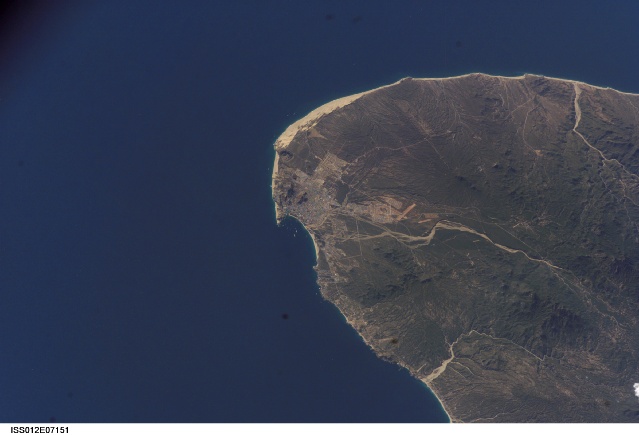 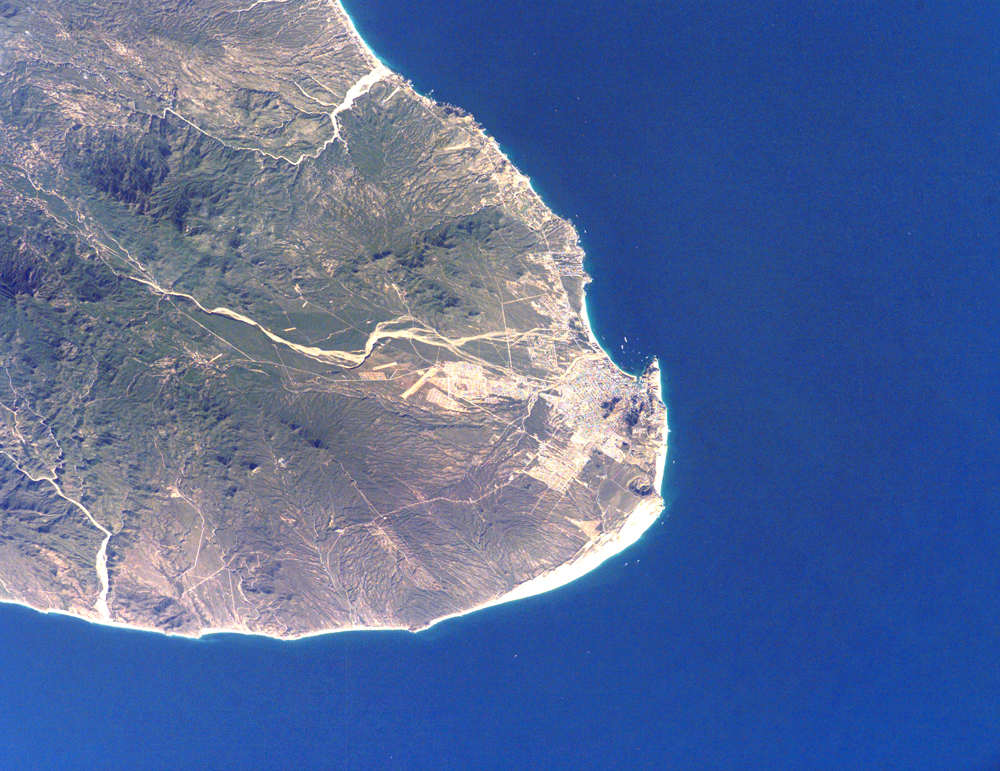 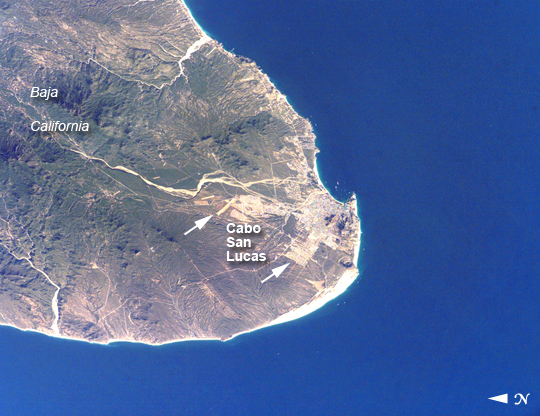 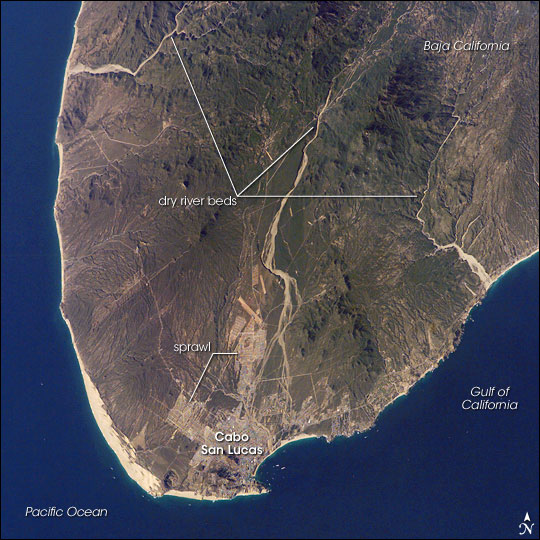 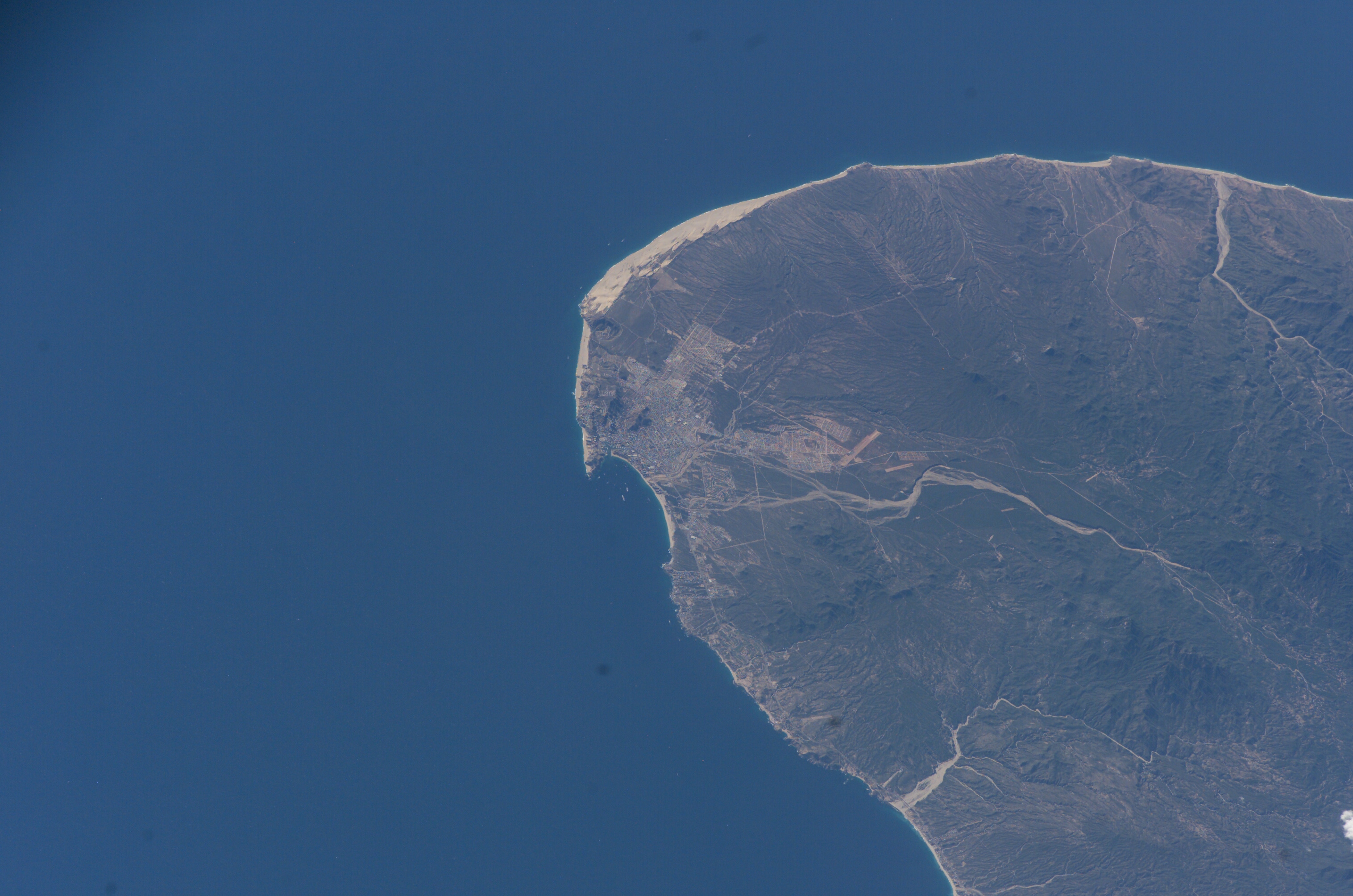 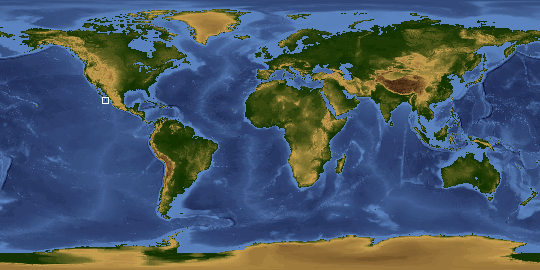 The built-up areas of Cabo (cape) San Lucas stand out as bright, angular areas inland from the main bay on the tip of the Baja California peninsula. The town is nearly centered on the bay, which looks out onto the blue waters of the Gulf of California. Three dry river beds (white sands in this arid environment) descend from rugged, wooded hills to the coastline. River sands then accumulate to form the white beaches visible along the coastline adjacent to the city.

Cabo San Lucas, once just a collection of fishing villages, is now a tourist hotspot (current population 41,000), known for its mild, sunny winter weather. It has grown rapidly in the past few decades, with new neighborhoods sprawling north and northwest (indicated with lines) along major roads. Larger developments stretch northeast along the coast for 40 kilometers from Cabo San Lucas to the slightly larger city of San Jose del Cabo (not visible). Whale watching competes with marlin fishing as one of the area's most popular activities.