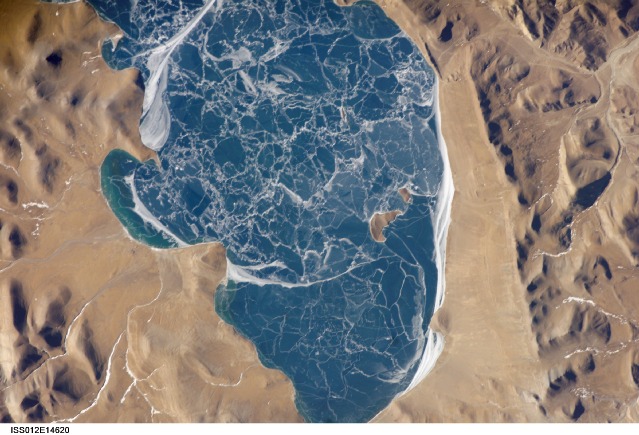 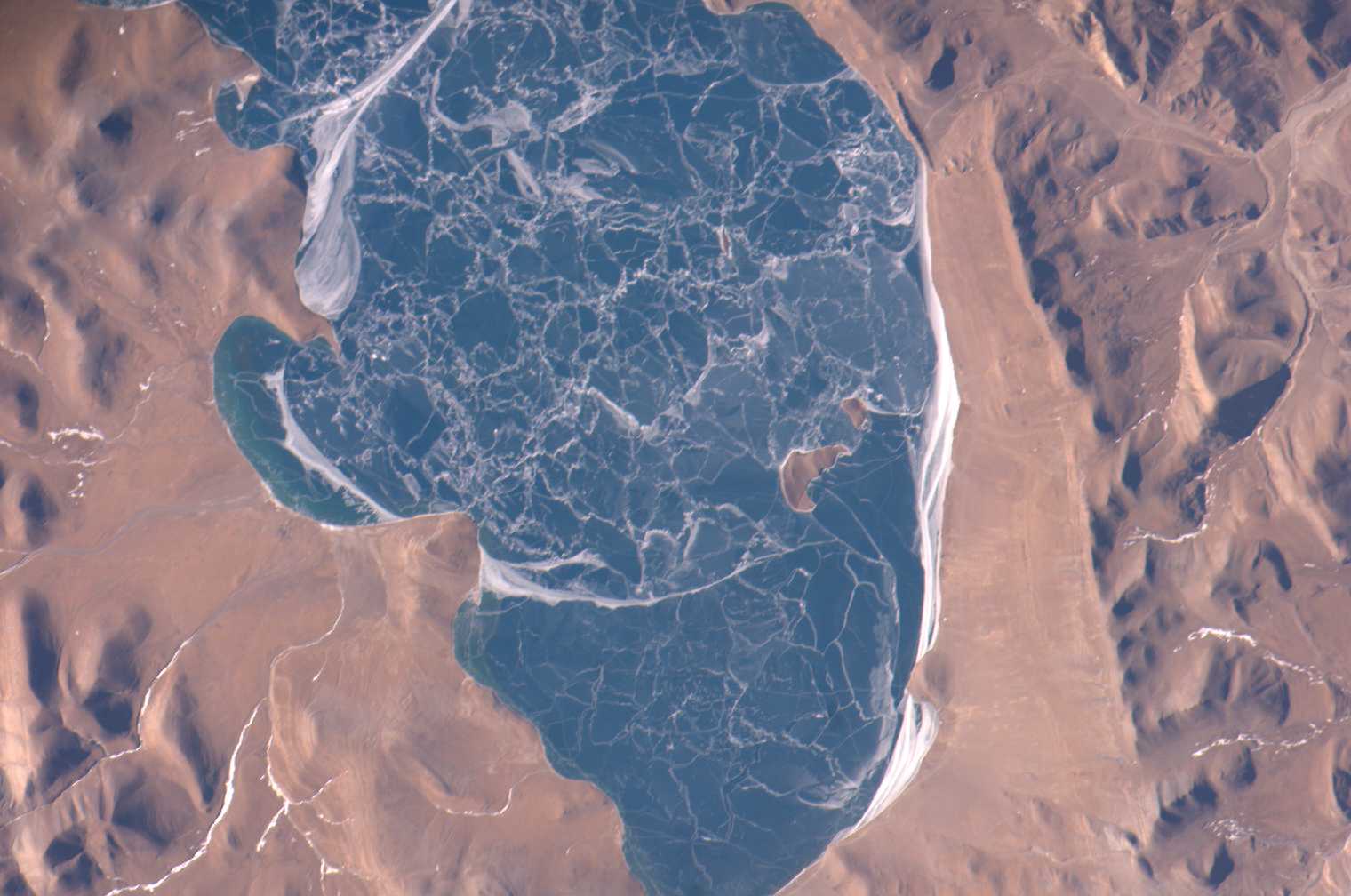 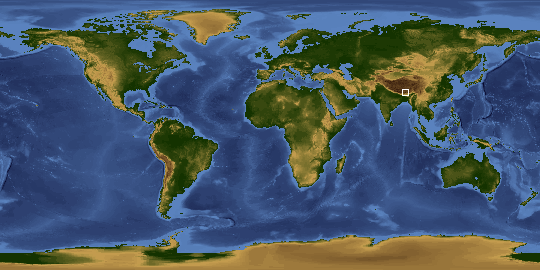 Other options available:
Download Packaged File
Download a Google Earth KML for this Image
View photo footprint information
Image Caption: ISS012-E-14620 (6 Jan. 2006) --- A portion of Lake Puma Yumco and parts of Tibet and China are featured in this image photographed by an Expedition 12 crew member on the International Space Station. The alpine lakes of the Tibetan Plateau are some of the most remote in the world. This image depicts Lake Puma Yumco during the winter season. The lake is located at an elevation of 5,030 meters above sea level, and is considered ultraoligotrophic in that nutrient concentrations in both the water column and lake sediments are extremely low. Water in such lakes tends to be blue to blue-green and have high clarity due to the lack of abundant photosynthesizing organisms such as phytoplankton. The maximum dimensions of the lake are 31 kilometers by 14 kilometers, indicating that the ice blocks range from less than ten to hundreds of meters in diameter. According to scientists, the ice pattern is caused by repeated cycles of freezing, fracturing, and refreezing of the ice due to variations in temperature and wind-induced ice motion. A prominent white linear feature across the center of the lake (partially visible in upper left in this image) is suggestive of an ice ridge formed by east-west winds subsequently highlighted by snow.