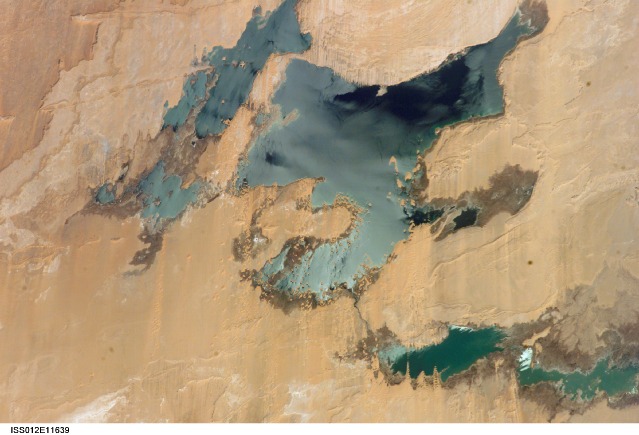 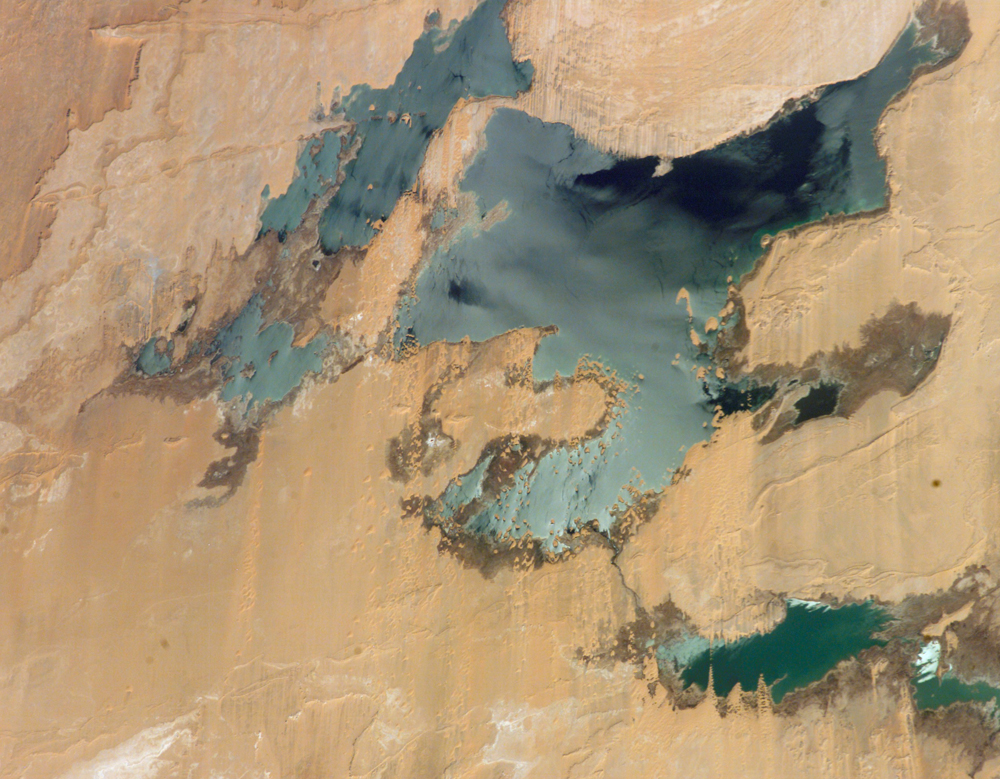 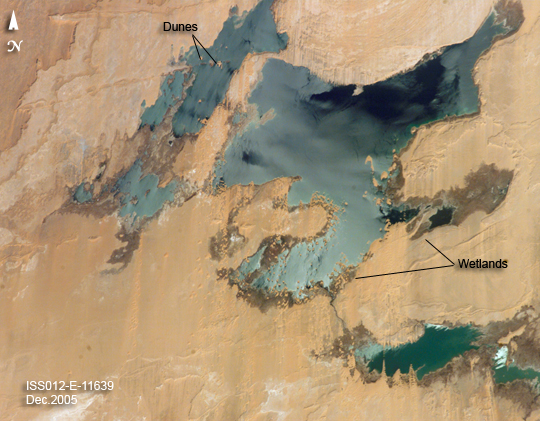 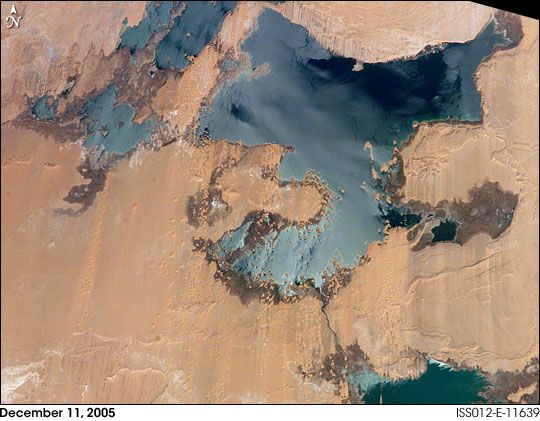 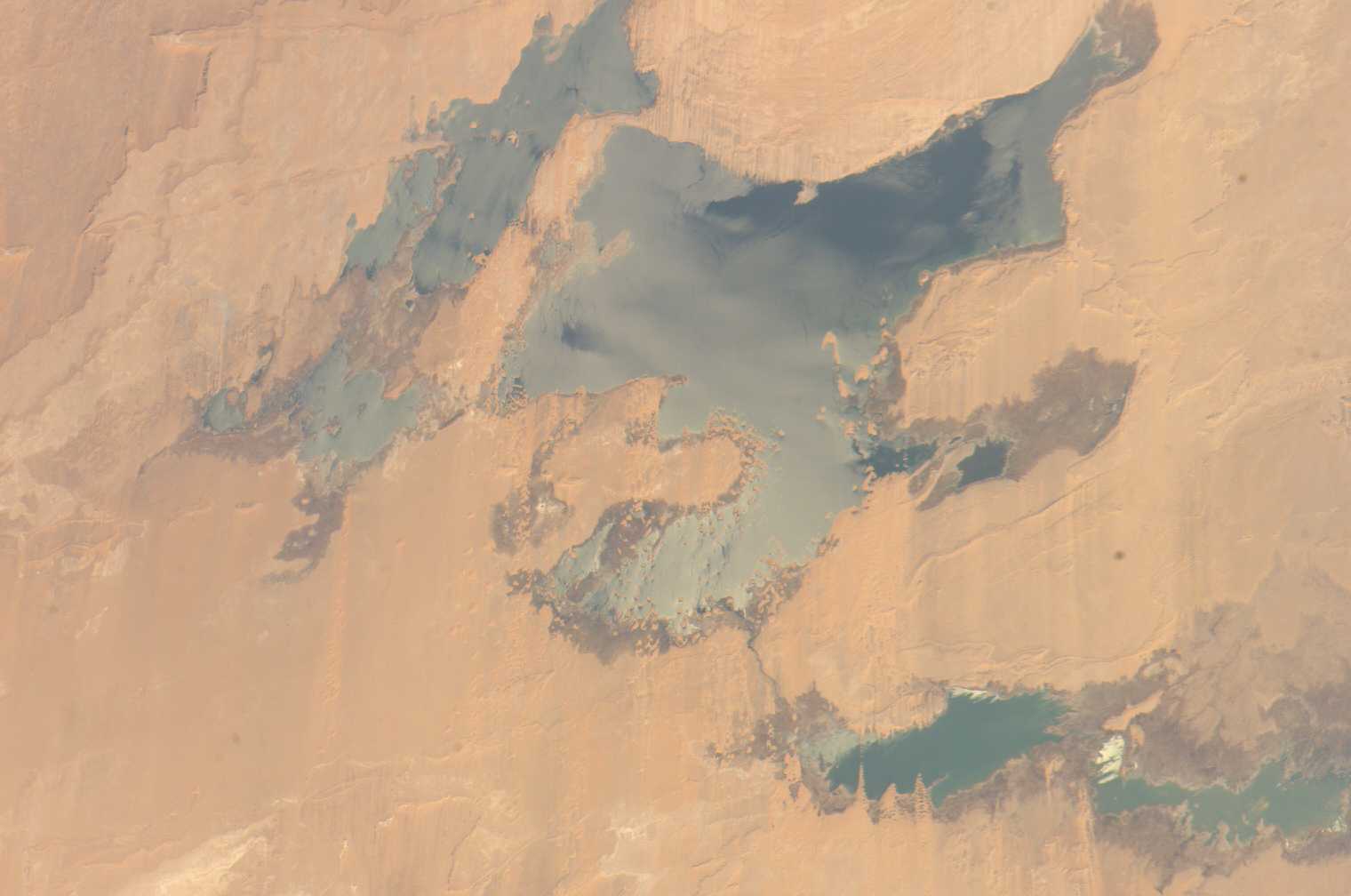 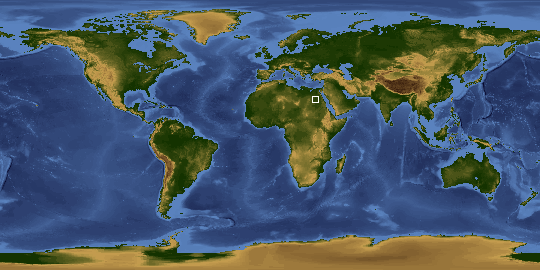 Nearly six years of regional drought and rapidly increasing demand for water have resulted in decreasing water levels in lakes throughout East Africa. Water levels in Africa's largest lake, Lake Victoria, have dropped by about 1 meter (3 feet) over the past 10 years. The drought has similarly impacted the source regions of the Nile River, reducing water flows downstream into Egypt and Lake Nasser.

This image documents recent drops in water levels in the Toshka Lakes region of Egypt. The Toshka Lakes and the New Valley surrounding the lakes constitute a major Egyptian project to claim a huge area of desert for agriculture and industry by diverting Nile River water from Lake Nasser. The initial flooding occurred in the late 1990s, when Lake Nasser water levels were at an all-time high. The flooded regions of the Toshka Lakes west of Lake Nasser have decreased greatly over the years, exposing the former dune fields (dunes appear as islands in the lake and along the shoreline of the top image), and leaving a "bath-tub ring" of wetlands (dark region) surrounding the lake shorelines. As both the drought and development continue, this region of Egypt is sure to change.